Kane & that acceptance speech: Why the England captain set to split from Spurs

COMMENT: It wasn't a transfer request. But certainly it was a step towards one. Harry Kane and his "team trophies" admission this week. It really does appear to be on. Kane and Tottenham are about to split...

Out of respect to Bob Wilson, the former Arsenal goalkeeper and coach, and his great work behind the Willow Foundation, Kane didn't go full throttle. But nor was he subtle. In accepting his trophy as London's Premier League Player of the Year, he chose not to go the platitudes route, instead the Spurs striker let us all know what he was genuinely feeling about where he is at this stage in his career.

"Individual awards are great, they are fantastic achievements," declared Kane.

"When I look back at the end of my career, I will go over it and take in a little bit more. The goal right now as a player is to win team trophies. As much as this [award] is great, I want to be winning the biggest prizes that there is to offer as a team and we are not quite doing that."

Kane, as always, was classy in his acceptance speech. And perhaps knowing the significance of being associated with the Willow Foundation, he wanted to be as honest and straightforward as he could. Then again, it could be that emotions were still burning brightly after Sunday's Carabao Cup final defeat. Either way, we now know that these nearly misses with Spurs are no longer good enough.

Indeed, England's captain offered us even more when in a separate interview he made it all too clear his feelings of the past week's events.

"He is a fantastic manager," Kane said of Jose Mourinho, the now former manager of Tottenham.

"He has managed the biggest players at the biggest clubs in the world. He came in with a real understanding of what he wanted. We had good conversations early on and that continued."

Others from the dressing room, though not all, have spoken of their disappointment with Mourinho's dismissal. Hugo Lloris. Heung-min Son. Not exactly fringe players. But also none with the heavyweight significance of Kane. The 27 year-old making sure anyone paying attention knew his feelings regarding the removal of Mourinho.

Kane again: "We just had a good relationship. I feel like my game has been evolving over the last three or four years anyway and it was just a good match-up. It was a shame that we could not go on and do better things or win any trophies, but I will take the experience I had with him for the rest of my career."

Regret? Regret that this mentoring relationship has been stolen away from him? Perhaps. Regret that those he shares a dressing room conspired to have Mourinho removed? Maybe. Regret that one of the few managers in the game capable of upsetting Pep Guardiola was dumped and replaced by a novice? Oh, you can take that to the bank... 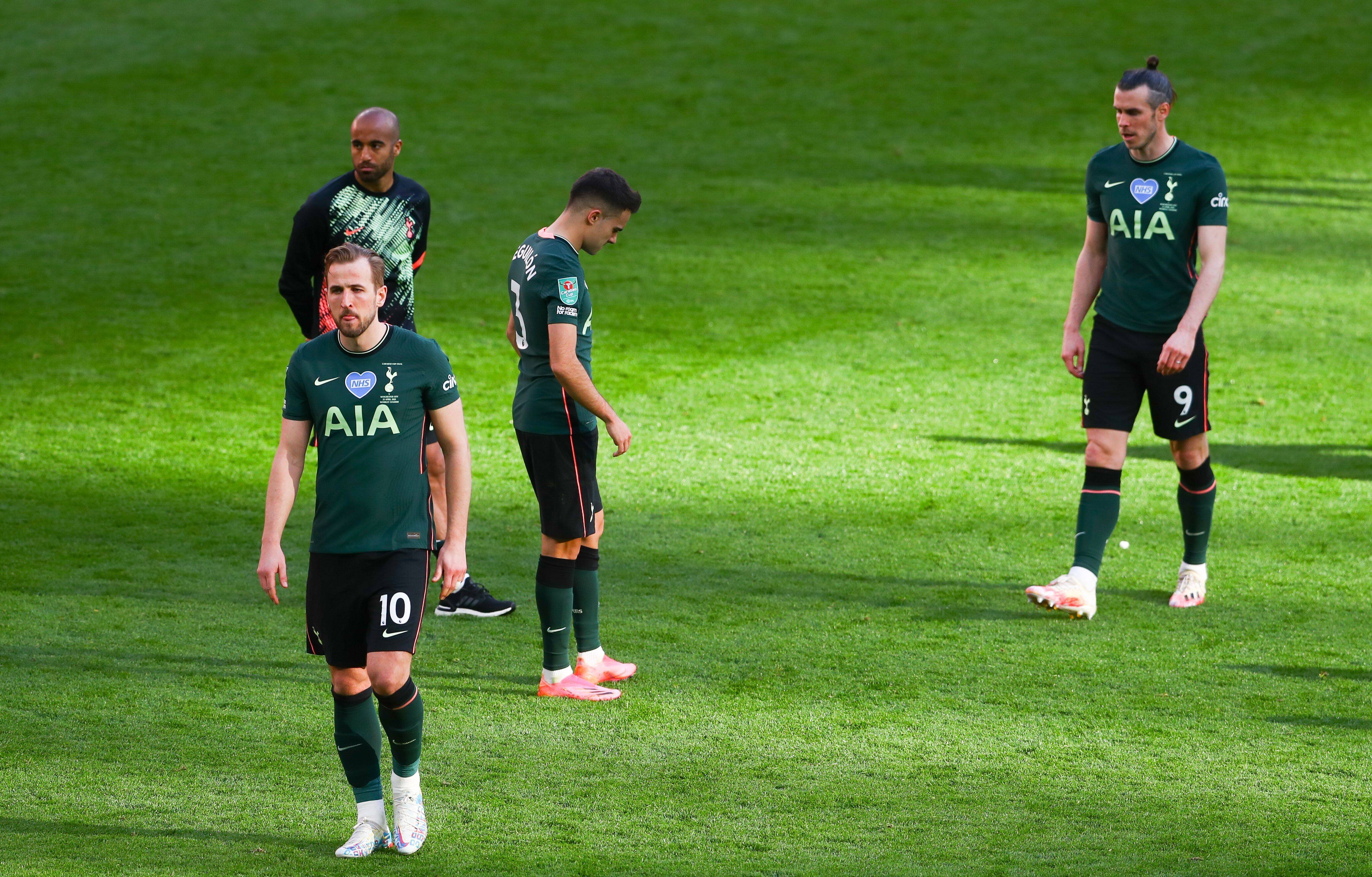 As we mentioned, it was still raw. The defeat at Wembley. The frustration. The exasperation. It was a defeat that was self-inflicted. This column wrote about it last week. If there was a manager capable of putting together a one-off tactical plan to upset Guardiola and his steamrolling Manchester City, it was Mourinho. Instead, Kane and his Spurs teammates went into Sunday's final basically managerless. Certainly rudderless. In a game where Tottenham were definitely competitive, nothing was offered from the touchline. No guidance. No intervention. Ryan Mason did his best Bambi impression. The players were left to themselves.

In a Cup final week, the dismissal of Mourinho and the appointment of Mason as caretaker was the stuff of an unserious football club. And in making this call, Daniel Levy and Joe Lewis, as chairman and owner, have only pushed Kane closer to tabling a transfer demand.

This wasn't a warning. A shot across the bows. It was no, 'buy big or I'm off' declaration. Kane's seen this all before. The locker room whispers. The player complaints. The collapse of trust between the manager and chairman. For Mourinho, you can also read Mauricio Pochettino. Kane's seen it. Lived it. And has the t-shirt. But this time, at 27, he's had enough. He wants to get off this merry-go-round. A player on track to break Premier League and England goalscoring records wants more. He wants "team trophies". And no-one in their right mind could claim the actions of the board and a clique of unhappy teammates over the past week are going to lead this club to winning silverware.

This acceptance speech could also double up as the first signs of a farewell. Kane set out his ambitions and before Christmas you could argue those ambitions were on track to being achieved.

But it's all since collapsed. Kane even pointing at those on the pitch for failing to take advantage at key moments - including when he was absent, injured.

"We have had so many opportunities," said Kane, "and been in many games where we have been ahead or in a great position going into the last 15 to 20 minutes, and we have not got over the line.

"When we look back, we were in a great position come November and then that spell over December and January really put a halt to what we were trying to achieve."

You can feel the frustration. It's virtually palpable. Flying before the New Year, this Tottenham team were so close. But at the first sign of a wobble, the whispers began, the undermining cranked up and Spurs fell back into their old ways. The past week only encapsulating everything that will continue to hold back this club.

Kane knows this. It's now dawned upon him. Winning "team trophies" isn't going to happen for him at Tottenham. At least not at this version. It really does appear to be on. Kane and Tottenham are about to split...