Keisuke Honda has been unveiled at AAMI Park as one of Melbourne Victory's marquee players for the upcoming 2018-19 A-League season.

The former Japanese international expressed his joy at the prospect of a new challenge in a different country, and despite the language barrier Honda is happy to be in Melbourne.

"I have never played in an English country so far, it's weird speaking to someone in English. I'm so glad I can try a new challenge at 32 years old," Honda told reporters in Melbourne on Wednesday.

"I want to learn Australian English… Last time I was here for the Asian Cup and my teammates and I all liked Melbourne very much. I look forward to living here with my family." 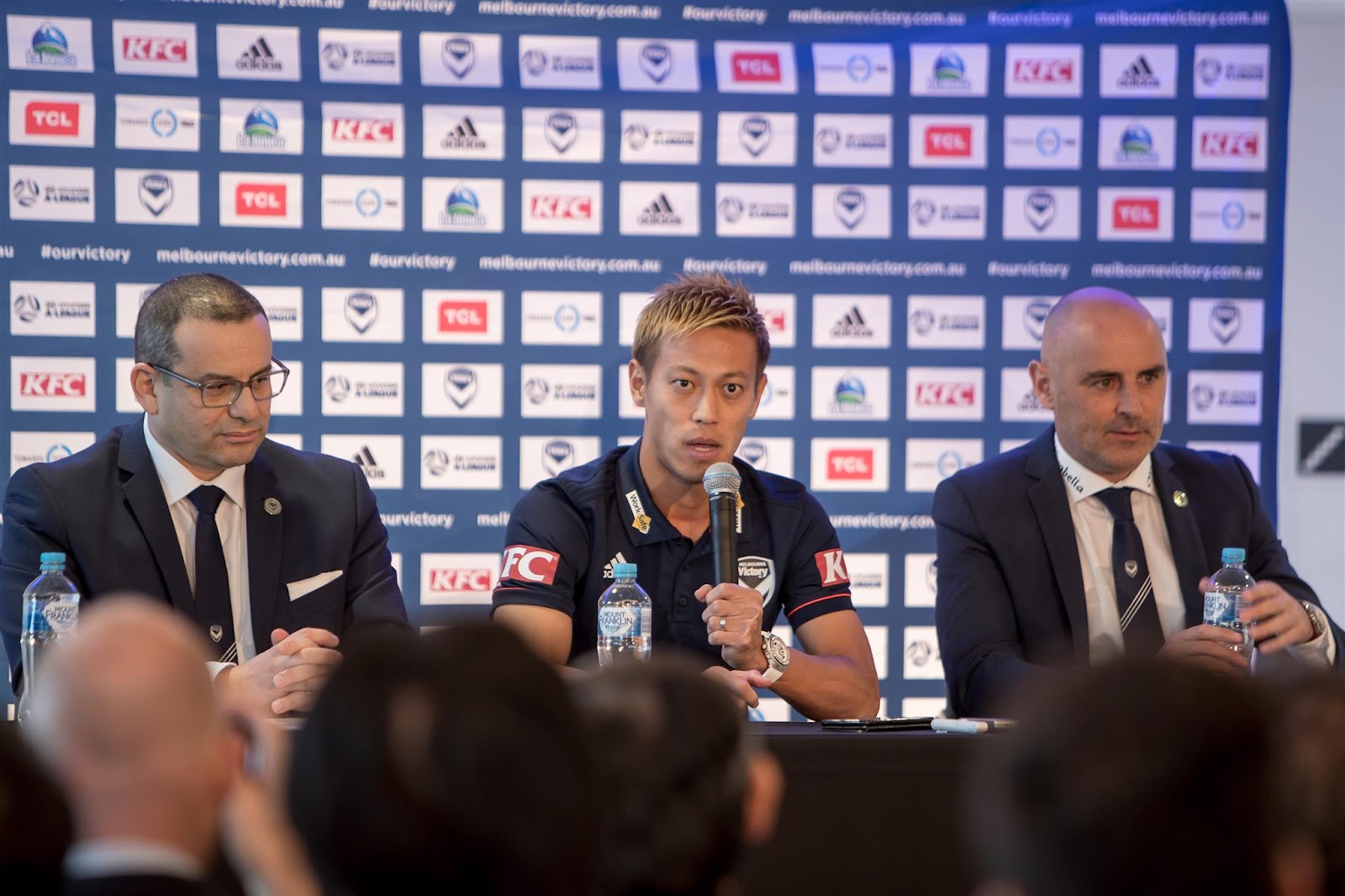 Honda's arrival in Australia has had a profound effect on local and international headlines, and despite having signed one of the biggest deals in A-League history, Honda appeared calm before the storm that was his unveiling in Melbourne.

After a strong showing at the 2018 World Cup, Japan's favourite son says that Melbourne Victory changed his outlook on his potential retirement following Russia's showpiece.

"I was considering quitting (football) after the World Cup. I changed my mind after I spoke to Kevin directly, he's a determined person who wants to succeed not only for the fans but for the league. 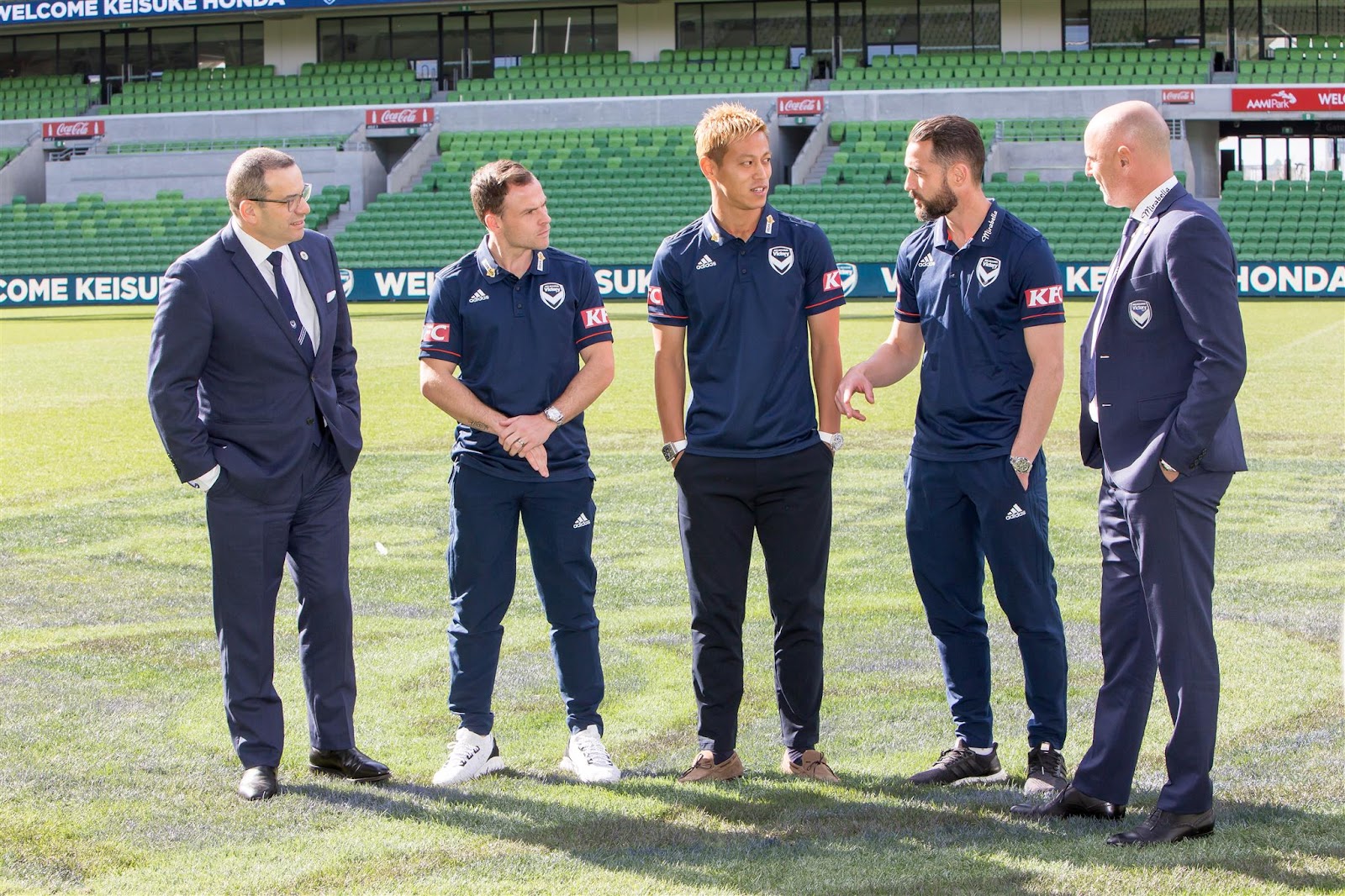 Victory manager Kevin Muscat likens the signing of Honda to a perfect marriage, saying that their ambitions were like for like and he looks forward to Honda's contribution on the pitch.

"Our conversation was about expressing what we'd like to achieve this season as we venture into the (AFC) Champions League," said Muscat. "We wanted to do something different to get the extra advantage.

"Our members and fans should be excited by the prospect because it gives us a lot of flexibility on the pitch."

Muscat was coy on comparing Honda to other marquee players both for the club and the league, however he was proud of the fact that the club could pull through on such a monumental signing.

"It's not for me to compare, but maybe for others… We're very pleased as a football club that we could bring someone of the calibre of Keisuke Honda to our club. We wait with great anticipation for the season coming." 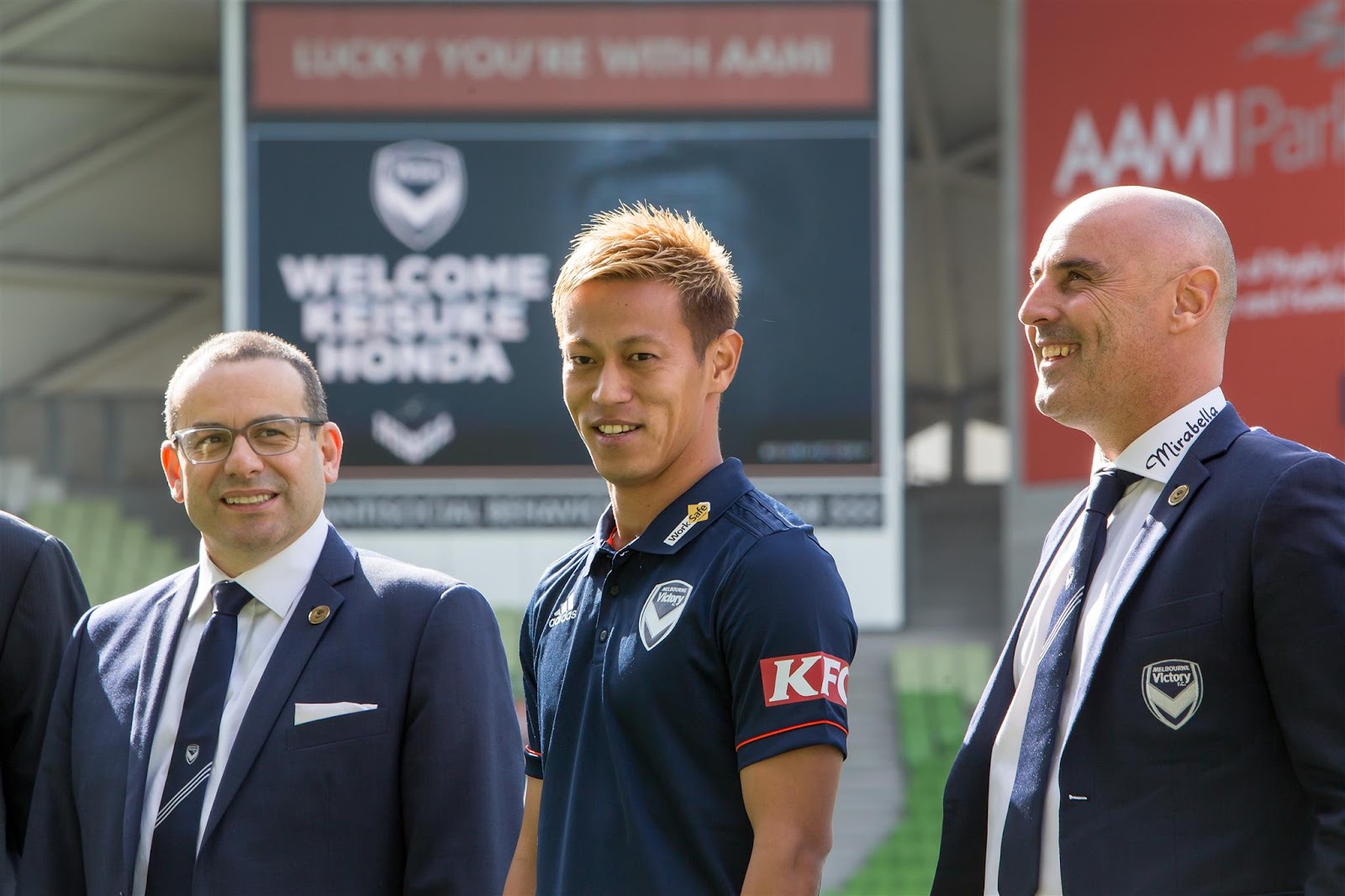 Concerns were raised over Honda's surprise appointment as manager of the Cambodian national team, however Muscat and Honda were adamant that any conflict of interest has been taken care of and Honda has his priorities set for the year to come.

"First, I'm a player for Melbourne Victory from today. I have to focus on playing well. I'm doing a lot of things besides soccer, but it's not a big issue. I have colleagues around the world helping me with that," Honda said.

"Right from the outset, Keisuke and his management were open and honest about his plans for the future. First and foremost, Keisuke's priority is here at Victory," declared Muscat.

"It would in no way compromise our games or even our training sessions."

Honda could suit up in navy blue as soon as next week for Victory's FFA Cup game against NPL side APIA Leichardt.