Darwin Nunez is close to landing in the Premier League, Pogba only wants Juventus, Paqueta is in the sights of Newcastle. Here are some of the main stories of the last few days of the transfer market from TribalFootball's transfer expert Rudy Galetti.

Bernardeschi, poised between Italy and abroad

Federico Bernardeschi, as well as Paulo Dybala, has ended his adventure at Juventus.

The former Fiorentina winger, after 5 seasons in Turin, has decided - by mutual agreement with the club - not to renew the contract expiring in June. His agent Pastorello has been working for some time to find a new team for his "client".

In February there was a meeting with AC Milan, but Bernardeschi was not considered interesting and suitable by the Rossoneri management. Now there are ongoing talks with Napoli, President De Laurentiis has already been on his trail a few years ago, but today - as a free agent - he could try again to convince Federico.

It all depends on what will happen with the possible Dries Mertens' renewal. In the event of a separation with the Belgian, Napoli could make the decisive move for Bernardeschi, even if the request of 4 million is currently considered too high by the Azzurri. Staying in Italy, there is also Sarri who appreciates him a lot and considers him an excellent profile to strengthen the squad on the wings, and Simone Inzaghi, who might take Berna into account for the post-Perisic.

Keep an eye also on the foreign sirens, in particular from Turkey. A few days ago, Galatasaray presented an official offer to the entourage of the Italian player who is considering whether to stay in Italy – lowering the salary demands – or to accept proposals also from abroad. 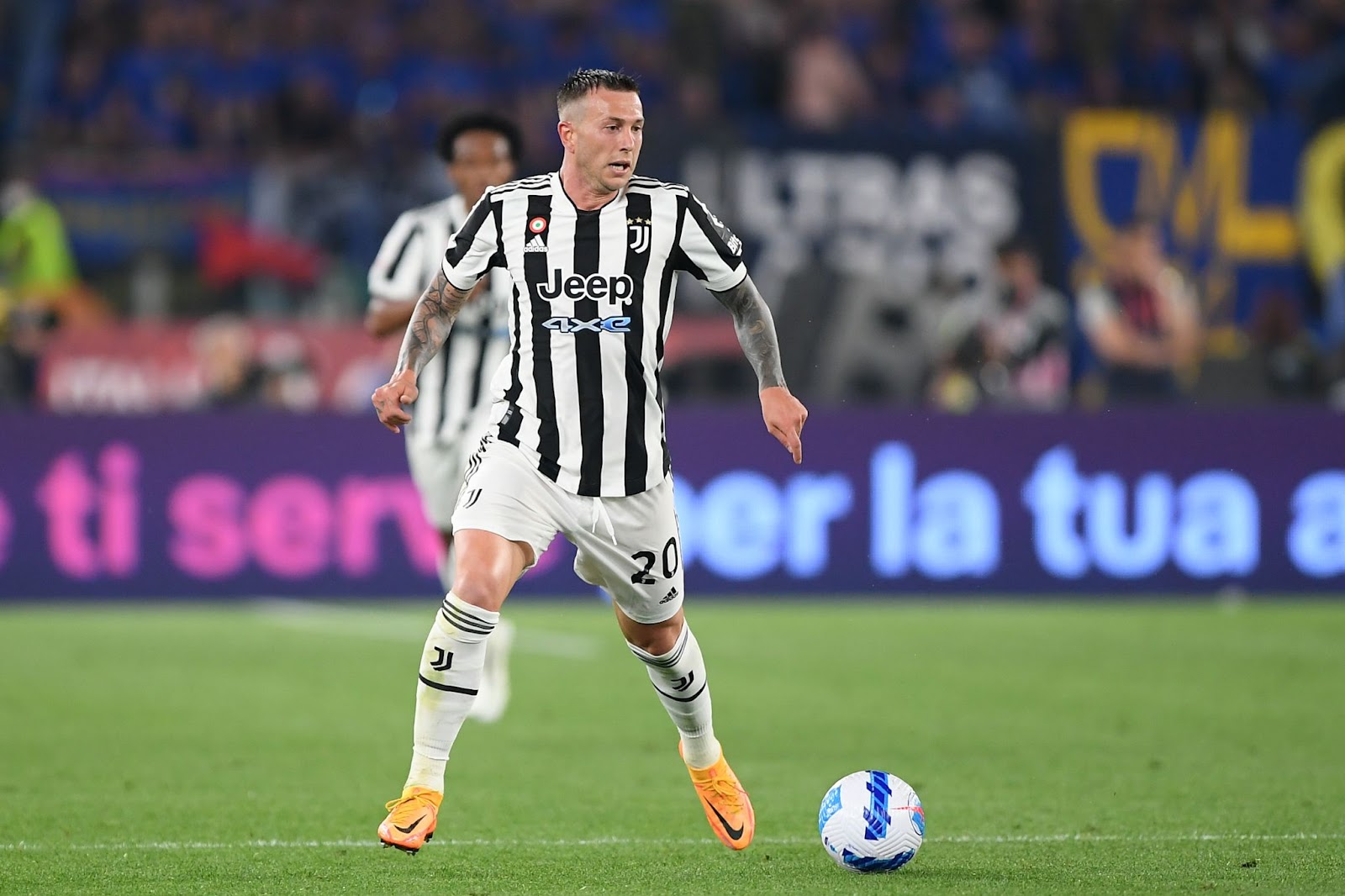 Pogba's desire is only one

It was March 23 when we informed you that Juventus are trying to re-sign Paul Pogba. The idea is clear. Vecchia Signora would close with the midfielder - who is leaving Manchester United in June - soon. This is what is actually happening.

After just over 2 months, on the table there is a 4-year contract with a salary at around €9million + about €3million bonus. A proposal that satisfies the player. But perhaps not some Juventus fans who did not appreciate the hard line with Paulo Dybala, who probably deserved, more than the French, to earn these figures.

Speaking of France, it has been said that PSG are close to the "Octopus". It's not so. Paul only ever wanted to return to Turin. This is his will. The Paris' club - to date - has never been considered as a real alternative, but the French offers have served as a negotiating leverage with the Juventus management.

Even the rejection of Manchester City's initial approaches confirms that the midfielder's desire was, and is, only one: going back to wearing the Juventus shirt.

This is why it is reasonable to think that, unless there are sensational twists, the "Pogback" is only a matter of time. 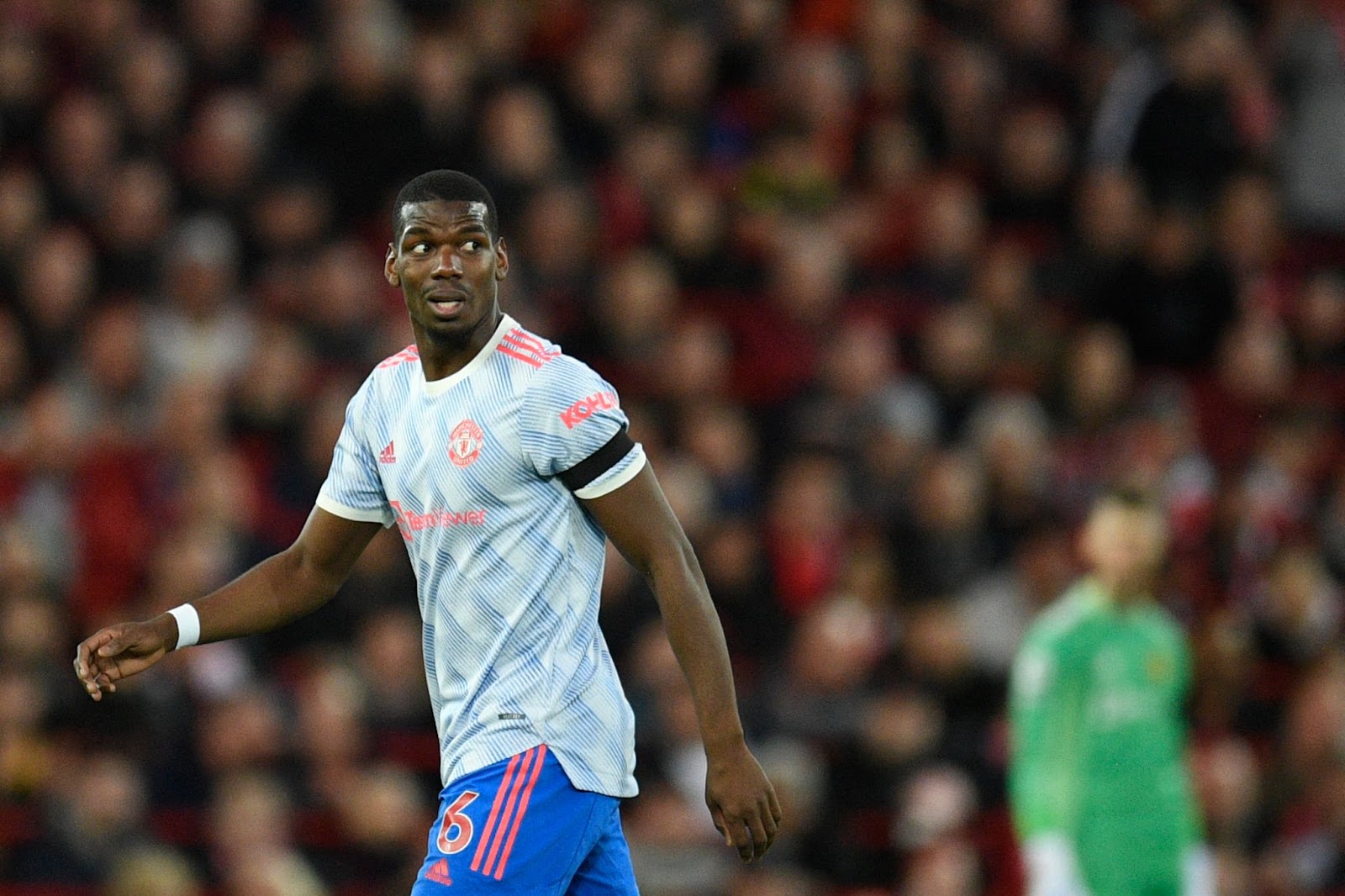 There is a French player, talented, strong, who plays in Ligue1 but who would like to dress the Camiseta Blanca. This player has already reached an agreement on personal terms with the new European champions Real Madrid (on the basis of a 5-year contract), but is also courted by PSG and is closely monitored by Liverpool. Of course, it's the story of Kylian Mbappé.

No, or rather not only, here we are talking about Tchouameni. The AS Monaco midfielder, in fact, is indirectly making himself the starring of a soap opera similar to the one of the Parisian forward, in a triangle between Real Madrid, PSG and Liverpool.

That's the situation. The Monegasque club would like to earn at least 80 million euros from the sale of his young midfielder, but Real Madrid do not want to pay more than 60-65 million at the moment. PSG, on the other hand, would seem willing to satisfy Monaco's requests and also those of the player who, despite the agreement with Real, winked at the President Al-Khelaifi.

And then there is also Liverpool who, after losing the Champions League final, would like to give the fans a great purchase, but without spending exorbitant amounts. All this to say that the race for Tchouameni is on. Again, will the power of money win? 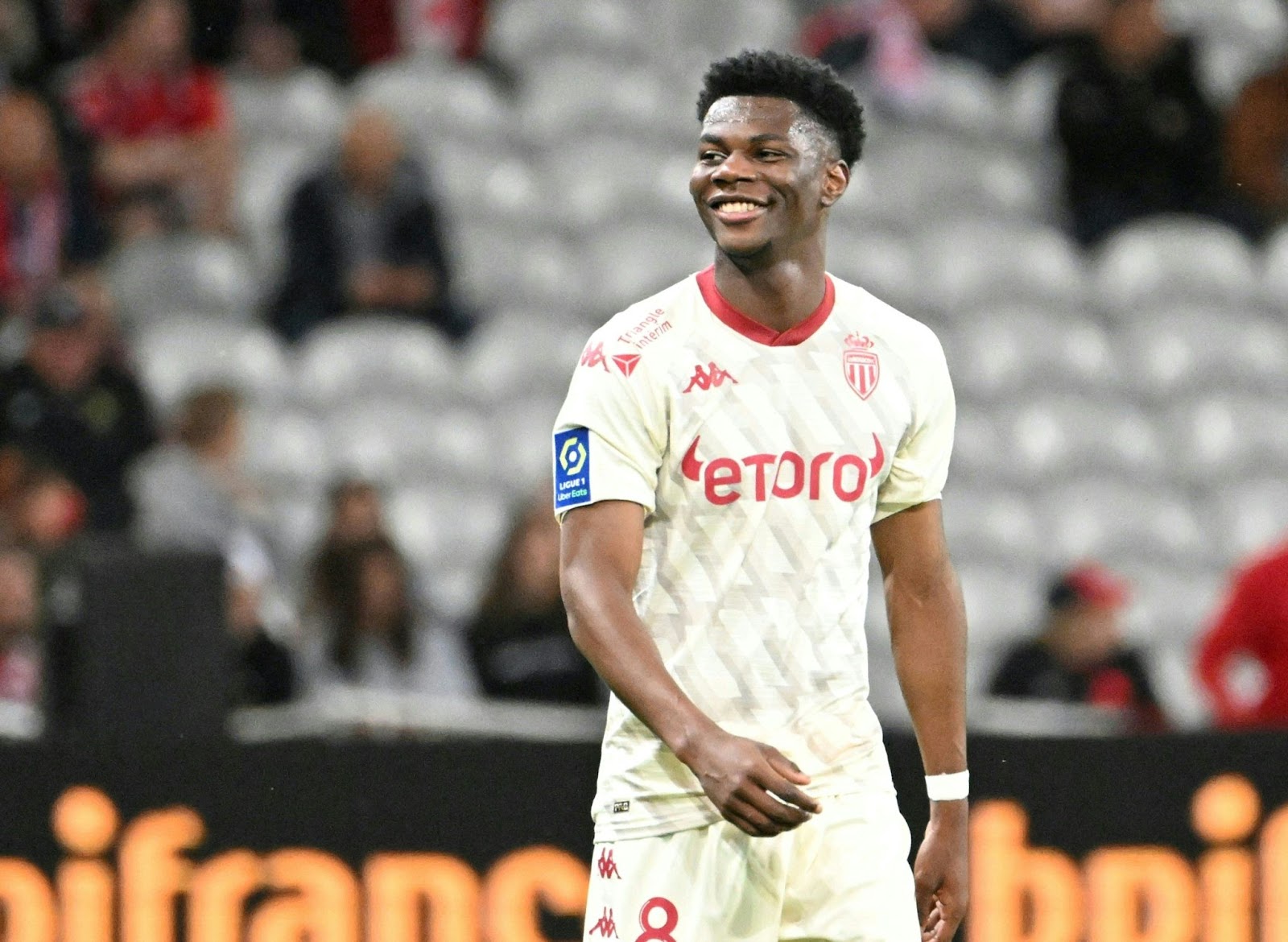 In January, West Ham unsuccessfully tried to persuade him to leave Benfica, landing in the Premier League. But now, during the next summer market session, Darwin Nunez will say goodbye to the Portuguese club (price tag of € 80M) to arrive – finally – in England.

In fact, in his future there is only one certainty: the Uruguayan will play in the Premier League next year. No Real Madrid, therefore, which had been on his trail for some time. And no AC Milan as well, Maldini appreciates the striker so much, the relationship with Rui Costa is excellent and Investcorp had included him in the favourites' list for the next season.

But with the early termination of the negotiation between the Bahrain fund and Elliott, the hypothesis of seeing him in the Rossoneri shirt is gone before the Italian champion fans could even begin to believe it.

In the Premier, the teams that aim for the forward – to date – are 3: Manchester United – that are leading the race - Newcastle and Tottenham. The Red Devils would like to speed things up for Darwin Nunez, but first they have to finalise the purchase of a defender. If United were to delay too much, Newcastle and, especially, Tottenham could anticipate the competition and convince both the player, with a good salary – and his new agent Mendes (who will not formally follow the operation directly, but will carefully supervise it) with high commissions. The Portuguese agent's idea is to make an auction for the Uruguayan striker... and maybe he will really succeed. 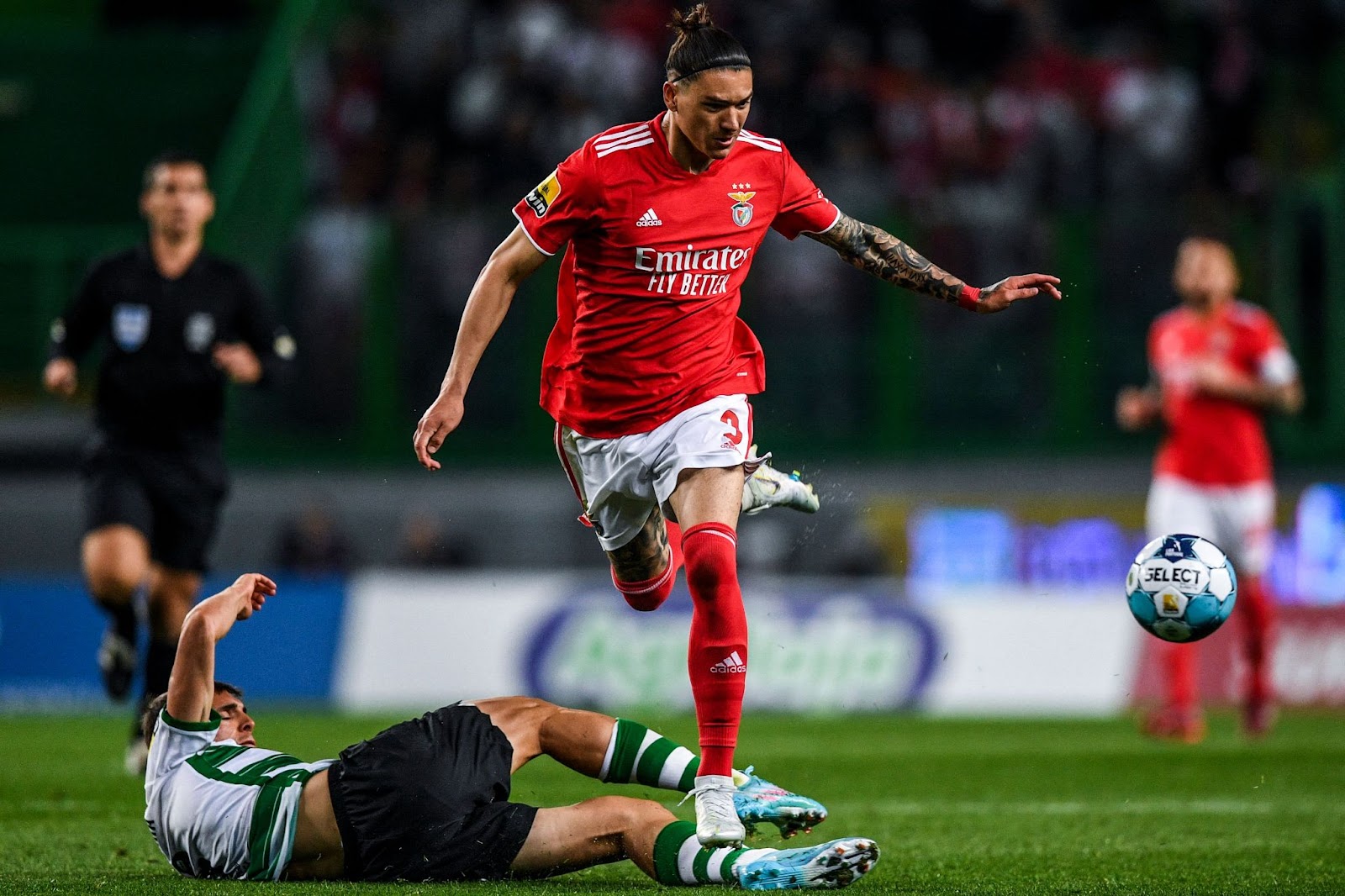 In the next transfer market session, Newcastle want to amaze everyone by investing in high-profile players with a proven track record in the top European leagues.

Among the names followed with great attention there is also the Brazilian midfielder of Olympique Lyon, Lucas Paqueta. The English club has already started the first contacts with the OL and are preparing an offer of around 60 million euros, which would make Paqueta the most expensive purchase in Newcastle's history (for the moment...).

And that's not all: the Magpies are also discussing with the Brazilian's entourage on personal terms, and the talks are at a good stage. At the moment everything seems to be going pretty well. However, it's not just a matter between the 2 clubs, AC Milan - the previous Paqueta's club - are also observing this situation carefully.

The Rossoneri, in fact, in September 2020, sold the attacking midfielder for 20 million euros, but they also included in the agreement with the French club a future resale percentage (around 20%). If the negotiation between Lyon and Newcastle will be successful (and the clues say that this is very likely), everyone will be happy. The Magpies would acquire a top player, Olympique Lyon - out of European competitions - would gain some liquidity, and AC Milan would get around €12-15M to invest, before Red Bird-Elliott closing, in the transfer market. 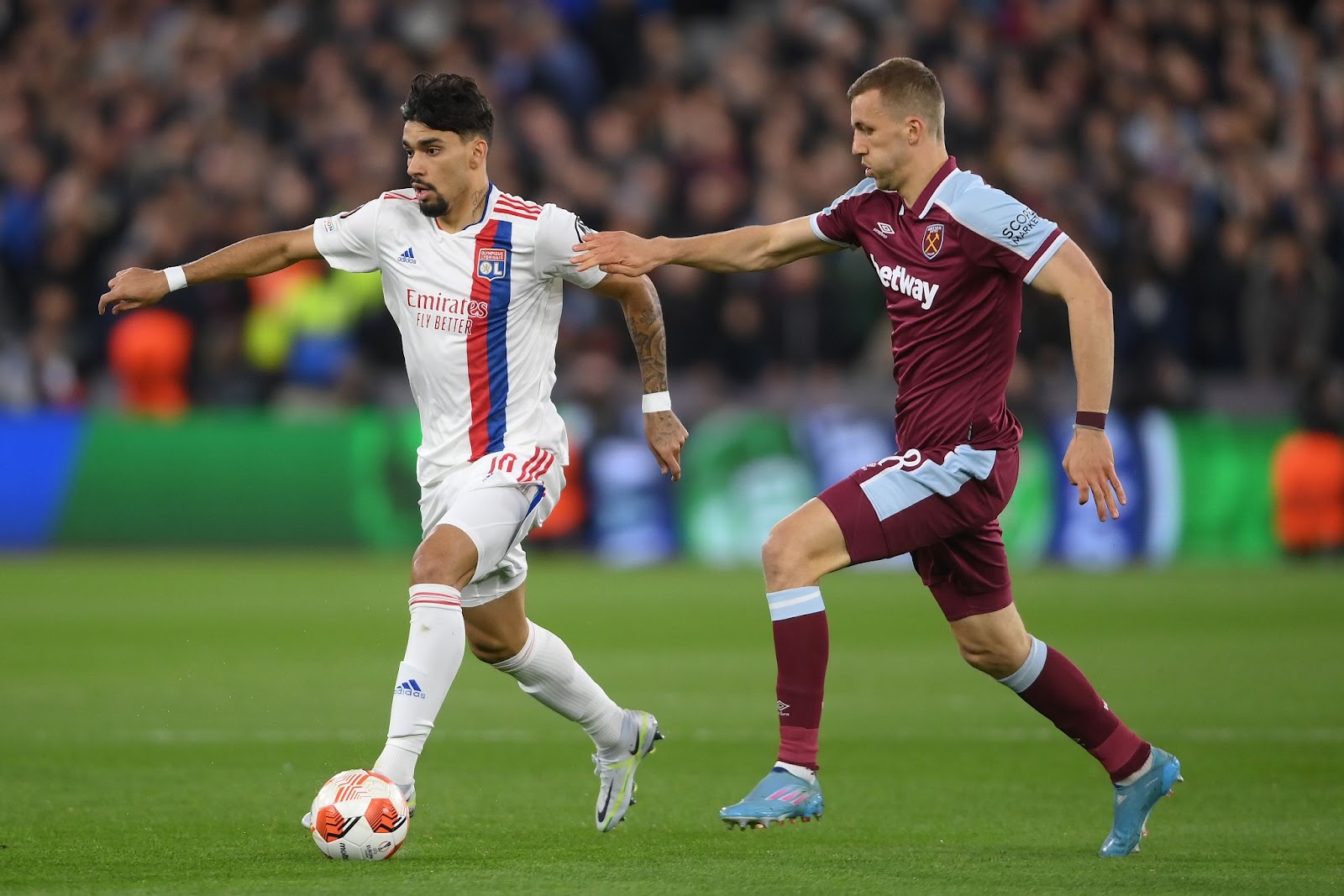