This is the worst case scenario for me. There's potential for the Newcastle and Fulham game on the last day of the season to decide which club will go down. That's why I'm hoping, without being disrespectful to the other clubs, because I've got respect and no ill feelings to your Brighton's or Burnley's or Southampton's, they're all great clubs with great managers, but I just hope one of them are involved rather than both Newcastle and Fulham in a game that could be winner takes all.

The one big thing Newcastle need is to find out how they are going to score enough goals to win games with the absence of Callum Wilson, the top scorer, because they can afford not to win games when teams around them are getting results.

I personally think there's only one more relegation place available. Unfortunately Sheffield United and West Bromwich Albion are going to find it unbelievably difficult, leaving four or five teams to fit in that final spot.

That's what usually happens at this time of year a team goes on a bad run. Since 2021, Newcastle have had 10 games and lost 8 and won 2. That needs to be improved dramatically in the remaining games. Wolves will be a tough game, they've just started to hit a bit of form. It's about Newcastle having to focus and get the results. Yes, they're under a bit of pressure and they're going to have to deal with that and if Fulham continue their good run of form then things can change very much. I fear that if they were to slip into the bottom three then psychologically it could be a tough thing to get over.

You never know what could happen if you replace your manager. There's been times where it has worked and times it hasn't. It's a gamble, you're gambling every time you make a managerial change and certainly when there's the potential of what's hanging around the corner if Steve was to move on and they bring someone else in it doesn't come without risk. I think Steve knows that himself and knows the results have not been good and that brings you under pressure. There has to be an improvement in results certainly.

I think the biggest fear for the Newcastle fans is that the last two times they went down, when Mike Ashley made the changes with Alan Shearer and Rafa Benitez, they weren't given enough time to get the results to try and change. It was a nigh-on impossible task that both of them faced to try and keep the club in the Premier League.

So I think if there is any thought process about making it then I think if they've learnt anything from the past they'd make it sooner rather than later but I don't know what their thoughts are but certainly the last two times they've done that they've gambled too late that's the decision they have to make. 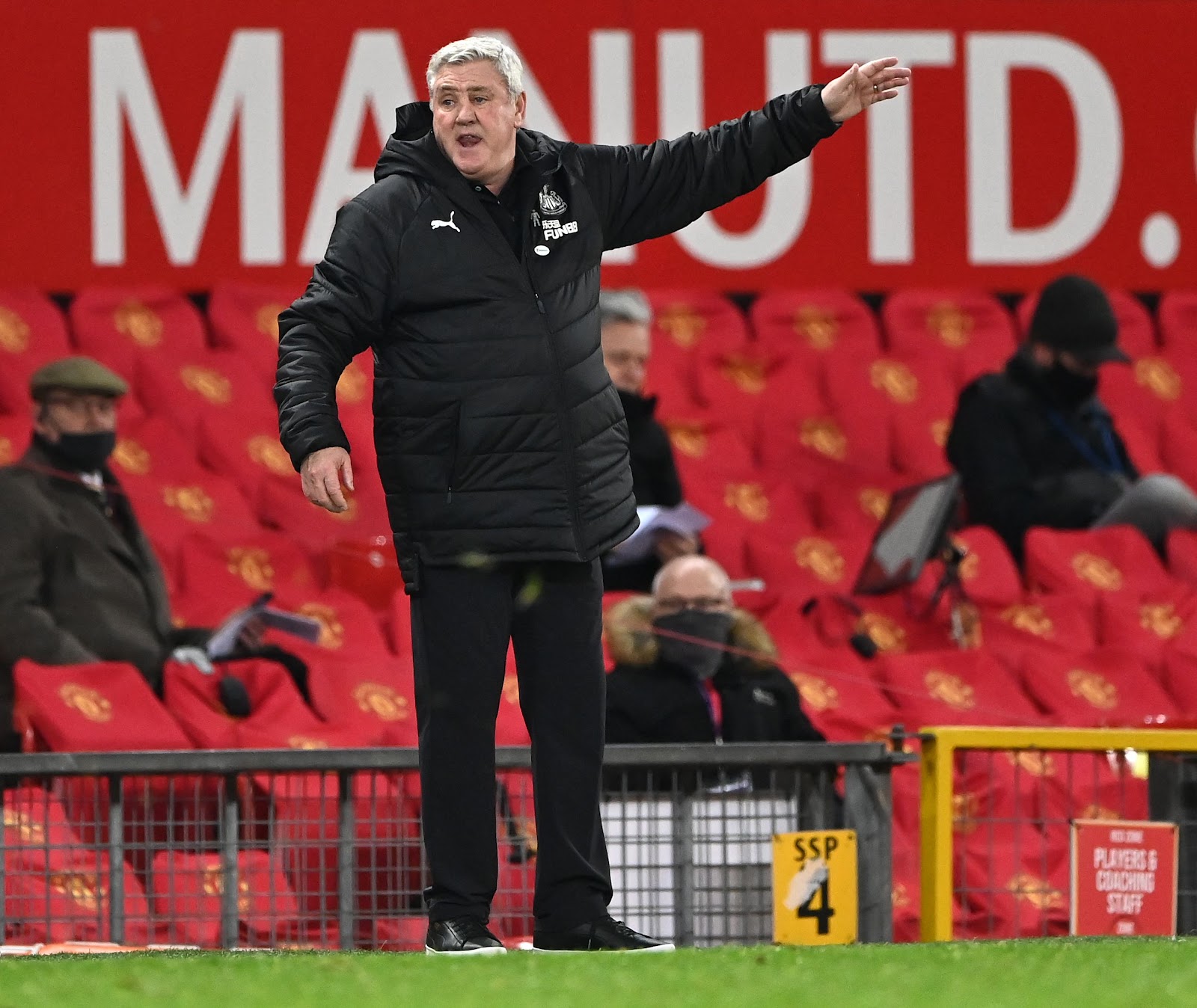 Karl Darlow has been unbelievably impressive this season. He's been the standout player for Newcastle, certainly up until the last few games. Newcastle have played a little bit more on the front foot, but when they had this defensive mindset and their opponents seemed to be getting lots of opportunities at goal, Darlow was having to make save after save. And so far, I'd say he was player of the season, the majority of those games he was man of the match.

But in the last couple of weeks there has been an uncertainty about him and it seems to have coincided with the fact that Martin Dubravka is back in the squad. Obviously Darlow knows he's under pressure. He knows the person who was number one before him is back and injury free.

There's more pressure on his place, whereas when Dubravka wasn't fit there wasn't so much pressure. You have to consider dropping Darlow now, but you have to consider everything. To be honest everybody is culpable. Everybody has played a part in where they are in this moment in time and which decision has to be made everybody has to accept it. They must accept those decisions for the good of the group now and try and get the results from now until the end of the season to try and keep themselves in the Premier League and I certainly believe Steve Bruce will look to bring Martin Dubravka into the fold.

The difference with Fulham's scenario to Newcastle United is they are now getting rewarded for their performances. They came into the Premier League and found it really difficult at the start. Scott Parker used that summer window to recruit heavily and those players have gradually improved the team and your can see the performance getting better, not necessarily the results.

And then as they've got more and more confident the results have started to come and they've proved difficult to beat away from home. The gradual performances have certainly improved and that's been the difference, there's been an improvement. They brought Josh Maja in because they needed someone who could score those goals and he got a couple in his first start at Goodison Park.

Even though they are below Newcastle, there's more of a positive vibe around Fulham than you can say there is around Newcastle because they have a bit of momentum. This could all change after Sunday however because Fulham have a real tough run of games.

But Fulham have certainly played well enough in their last eight nine or ten games. That's brought them back into it because I have got to say, when it was 10 points difference, I thought the bottom three at the time was set, but now Fulham have brought themselves right into the fore. With my heart and the allegiances for both clubs I hope that one of the other ones takes that third position. 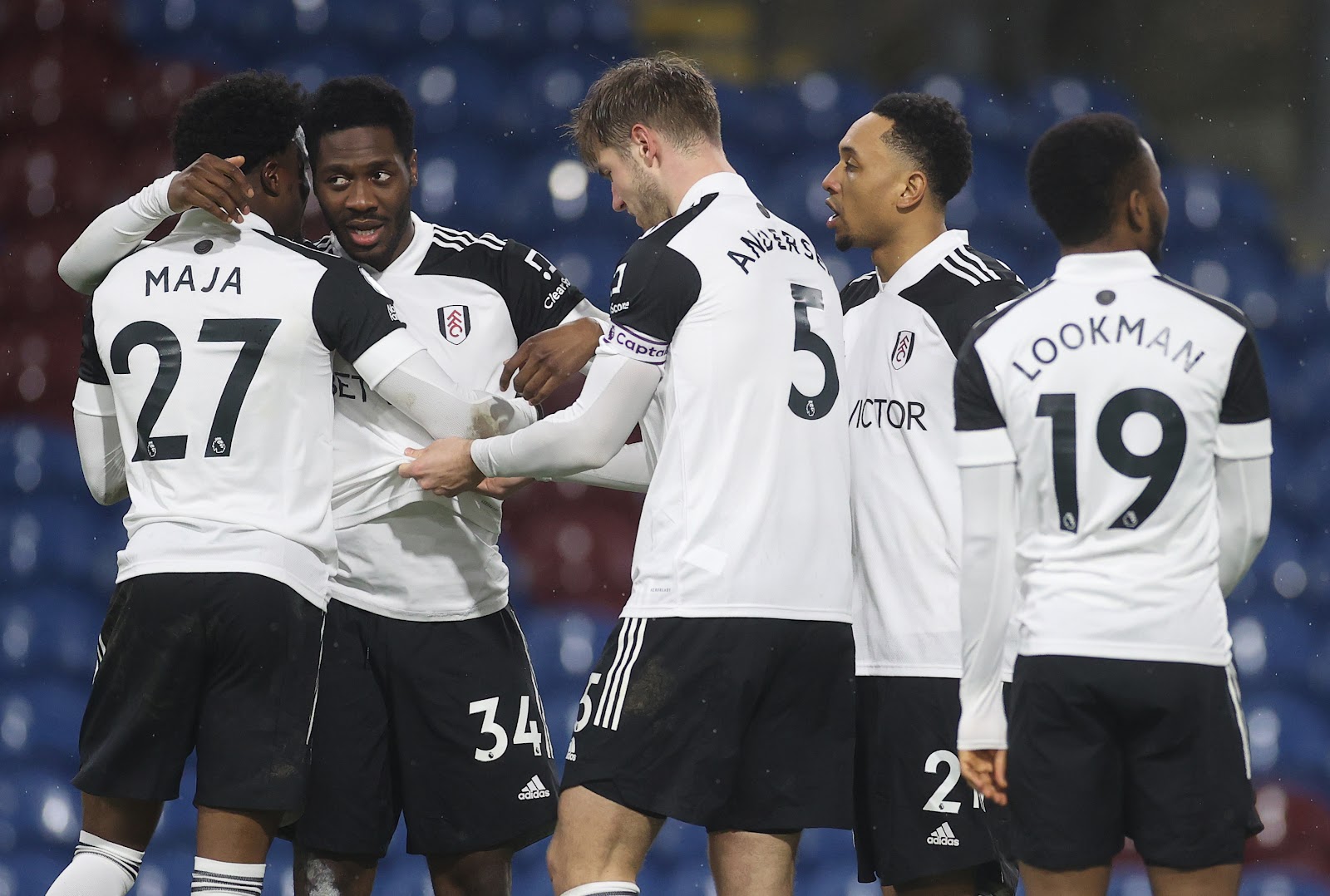 It was tough seeing Frank Lampard getting sacked. Being in the industry myself, you don't like seeing anybody getting sacked. You are competitive against other managers at various different levels but we're all colleagues, trying to help each other out when we are in the business because we know it is a difficult job.

I thought it was a bit harsh on Frank the way Chelsea reacted. Roman Abramovich doing a press release, which he's never done before for any manager, shows just how hard it was for the club because he's an icon for what he's done. And he was a young manager who was building things up and brought a lot of the youngsters through, more than Chelsea had ever bought through in many years. So he has to be given credit for that. Some of those exciting young players doing well there now is down to the belief that Lampard and Jody Morris gave to them.

Tuchel is an experienced manager who has managed some of Europe's biggest clubs and comes with a terrific CV. And the German has shown straight away what he can do. What I liked about his first press conference was that he didn't beat about the bush. He said listen, this club is about winning trophies and he wasn't just talking about getting in the Champions League. He knows that silverware is the priority and he's in there with his eyes wide open and knows what the parameters are, what he has to deal with. And the performances under Tuchel have already shown there is a steely determination combined with a strong tactical nous to get the results.

I know both Shola Shoretire and Joe Hugill very well. Both players are a couple of years older than my son Bobby, so I've seen them around in the academy circuit.

Bobby has played against young Shola, so I've seen him play and he's an outstanding young talent. I'm not surprised he's made the breakthrough. I know he's highly thought of at Manchester United as Ole Gunnar Solskjaer said the other day, even though they are one of the biggest clubs in the world, one of the most important parts of their DNA is bringing through young players. So when they've got talented players in their academy, there's always a pathway through to the first team.

I was in no doubt that Shola was going to make the breakthrough. Did I think he was going to do it as quickly as he has? Probably not, but he's a fantastic talent. And I really enjoy it when I see these youngsters given the opportunity, especially at clubs the size of Manchester United.

In regards to young Joe Hugill, he always had a fantastic goal scoring record at Sunderland. Now he's gone to Manchester United, without being respectful to the players at Sunderland, where he is probably playing with a higher standard of player. And he just seems to have gotten better and better. His goal scoring has improved even beyond what he had at Sunderland, which was exceptional then but it's even better now. I wouldn't be surprised to see him in the next year or possibly less being given an opportunity like young Shola.