The 2021/22 Premier League campaign might just be the best in its 30-year history. There was already a case to be made prior to the final week of the season, such has been the remarkable quality across the division and the seemingly endless sequence of stories and high-scoring matches, but surely what happened on Sunday tips it over the edge. Manchester City's comeback from 2-0 down to beat Aston Villa was a fitting way to top a season that will be remembered for a very long time.

But it has not been the most interesting year from a tactical perspective, with few obvious leaps forward, most likely reflecting the modern Premier League's immense and world-leading quality: frankly, it doesn't feel like there is too much left to innovate, and certainly the tactical gold rush of the last half decade has ended.

Nevertheless there are some notable exceptions, with fashion dictating the Premier League's tactical changes more than ideas that move us forward. Here are the five biggest tactical trends of the 2021/22 season:

England's top flight is generally moving away from the era of possession towards attacking and defensive transitions – making use of a turnover to move quickly through the lines. This has been true for a couple of years but it exploded into the mainstream in 2021/22 thanks largely to Thomas Tuchel and Antonio Conte, who are popularising the idea as it becomes clear the more patient and territorial approach of Jurgen Klopp and Pep Guardiola is impossible to emulate.

Tuchel, in his first full season at Chelsea, has tried to get his team to attack in a hyper-vertical fashion, playing forward passes whenever possible and either dribbling through the lines or piercing the opposition's defence. This is partly a reaction to higher defensive lines but largely a reflection of his German influence. Chelsea do not press as hard as Liverpool and Man City, hoping to draw the other team forward to then pounce in the transition.

Conte has always done this, and in fact what makes him unique is combining a lower (non-pressing) defensive block and transition-heavy football with intricate build-up play that coaches 'automatisms'; the set plays etched into muscle memory by the world's best managers. It means that Tottenham and Chelsea are now leading a new – or at least revived – order of direct attacking football that simulates counters but is in fact built from either a) their own possession, such as goal kicks or b) a turnover in the middle of the park. 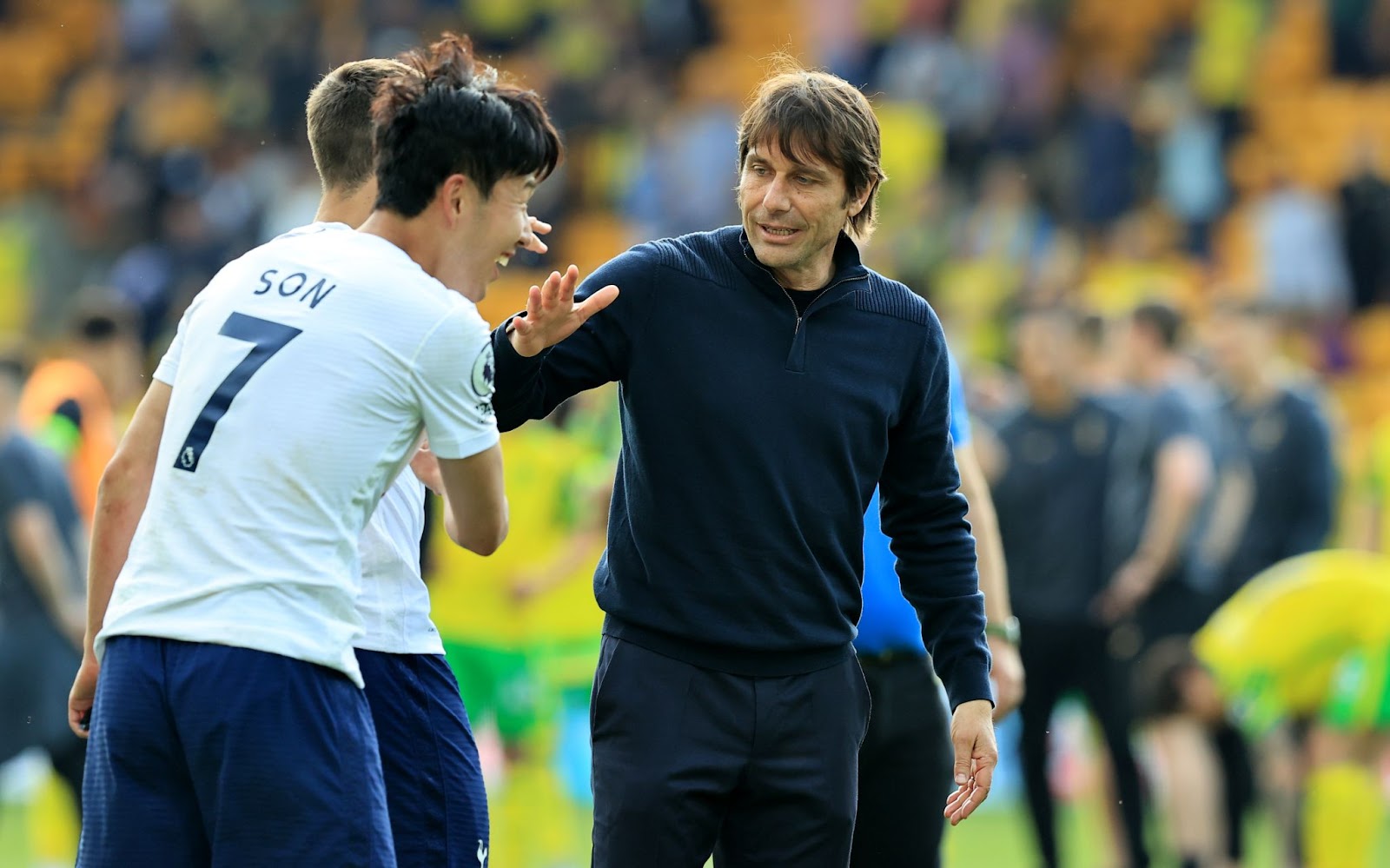 As a response to this trend, or at the very least emerging alongside it, is a radical change of tactic from the Premier League's middle-class, which includes the likes of Crystal Palace, Newcastle United, Aston Villa, West Ham, and Southampton. Whereas in the past these clubs would either play an exposing and light-on-details possession game, or drop back into a clear defensive structure, a dramatic improvement of the quality of manager the middling clubs can attract has seen a delicate midpoint emerge.

The prevailing idea now is to sit in a very compact midblock, which limits space vertically and horizontally from within the formation shape while – somewhat daringly – leaving 25 yards of space behind the defensive line. The detailed coaching allows for this riskier approach, while the trend towards sharp vertical transitions makes it highly effective; these teams are leaving the opposition defenders alone, before snapping hard into challenges in the middle third of the pitch in the hope of creating an attacking transition.

Arguably the best exponent of this has been Patrick Vieira, whose Crystal Palace side swarm their opponent in the middle of the park – led by Conor Gallagher – and then take advantage of the pace in their front line to attack quickly. Eddie Howe at Newcastle, David Moyes at West Ham, and Steven Gerrard at Aston Villa do something very similar, while Ralph Hasenhuttl has been playing a version of this for several years. 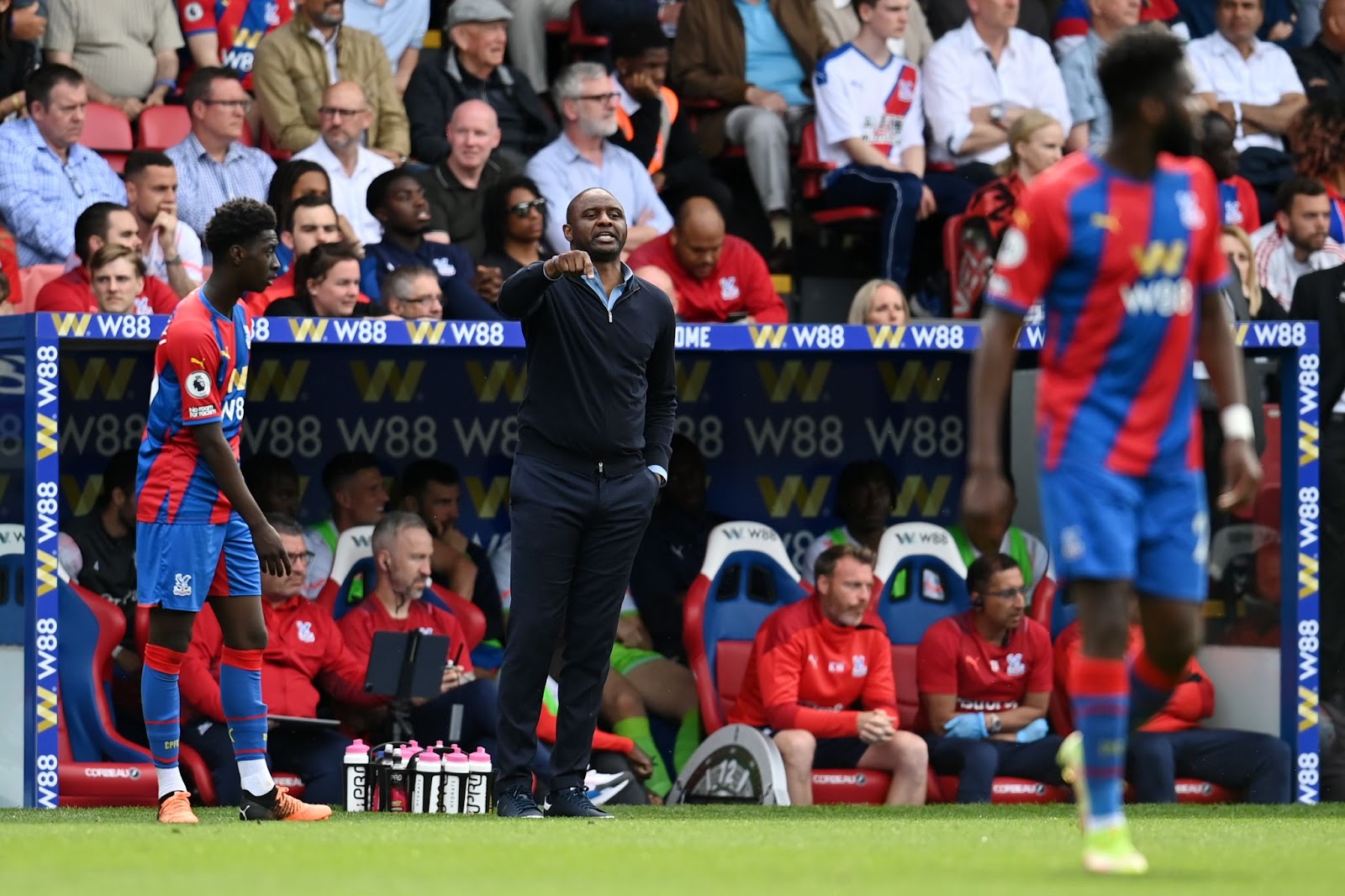 3) Defensive coaches are radically out of fashion

As part of the continuing improvement of the Premier League's tactical and technical quality, there is simply no appetite anymore for defensive or purely counter-attacking football. This reflects supporter unrest at what is seen as a boring approach, which is the consequence of the division's financial inequality leaving the majority of clubs with very little to play for. In that situation, fans at least demand entertainment on a Saturday.

The perceived failure of the defensive coaches has gone to a whole new level this season. Nuno Espirito Santo was chased out of Tottenham, as was Rafael Benitez at Everton – who then lurched for the most wildly attacking coach they could find.

Palace's decision to change Roy Hodgson for Vieira proved to be a masterstroke and Hodgson's poor performance at Watford seemed to confirm the Hornets were wrong to make more defensive appointments after the sacking of the bolder Xisco. 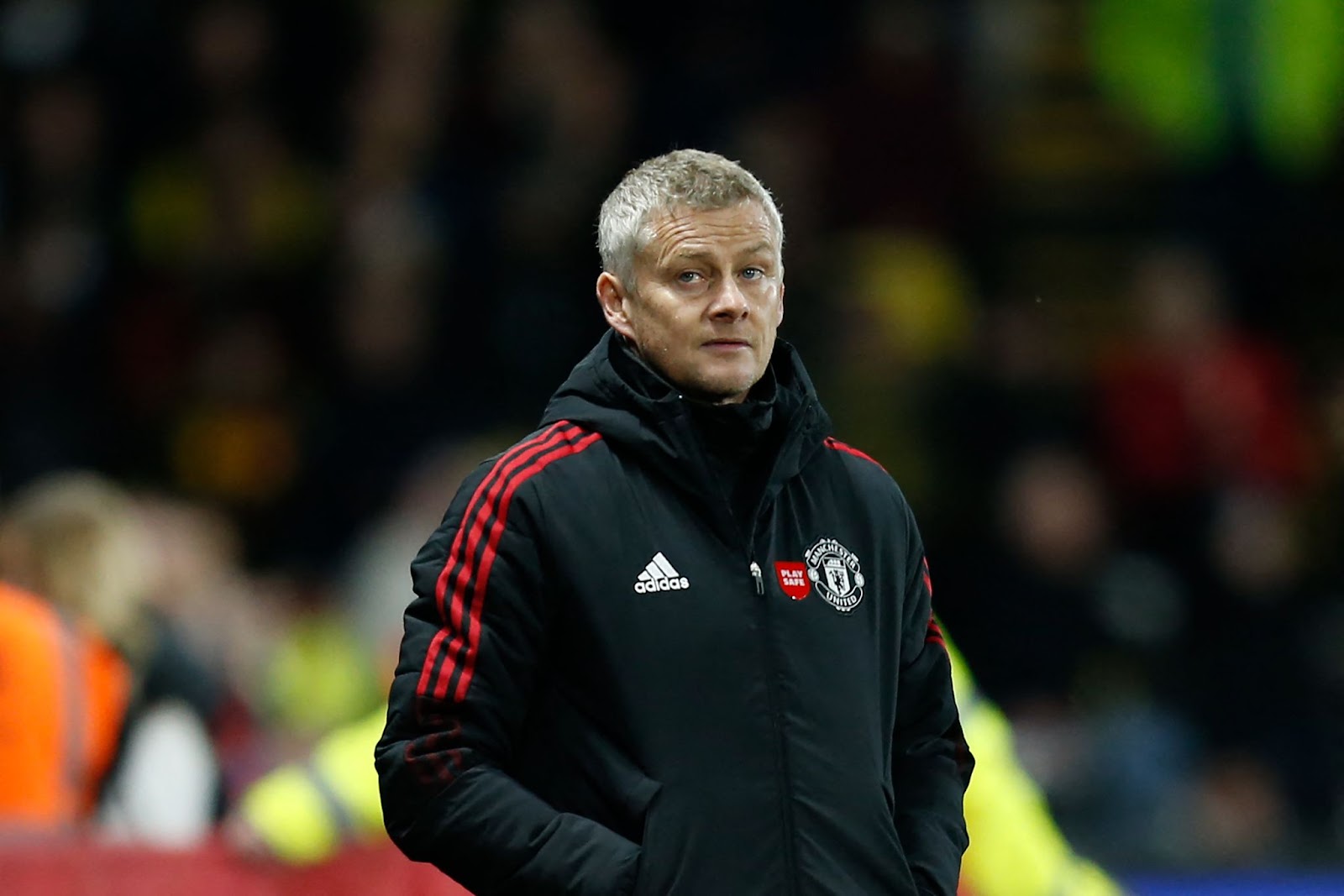 The back three made its return to the Premier League in 2020/21 thanks, in large part, to Chris Wilder's Sheffield United and Tuchel's Chelsea. It is no surprise that the system has developed further this year, because back threes tend to generate more back threes: managers fearful of its advantages mirror their opponent's formation, only to find it suits their own needs more than expected.

But the formation has gone a stage further this year thanks to Wilder's innovative overlapping centre-backs. Now normalised, used even by Newcastle United under Steve Bruce last season, we are seeing the emergence of more back threes as centre-backs step out to break the lines. Antonio Rudiger shakes things up at Chelsea; Ben White's roaming helps Arsenal apply pressure; Marc Cucurella overlaps for Brighton; and Ben Davies moves forward under Conte. 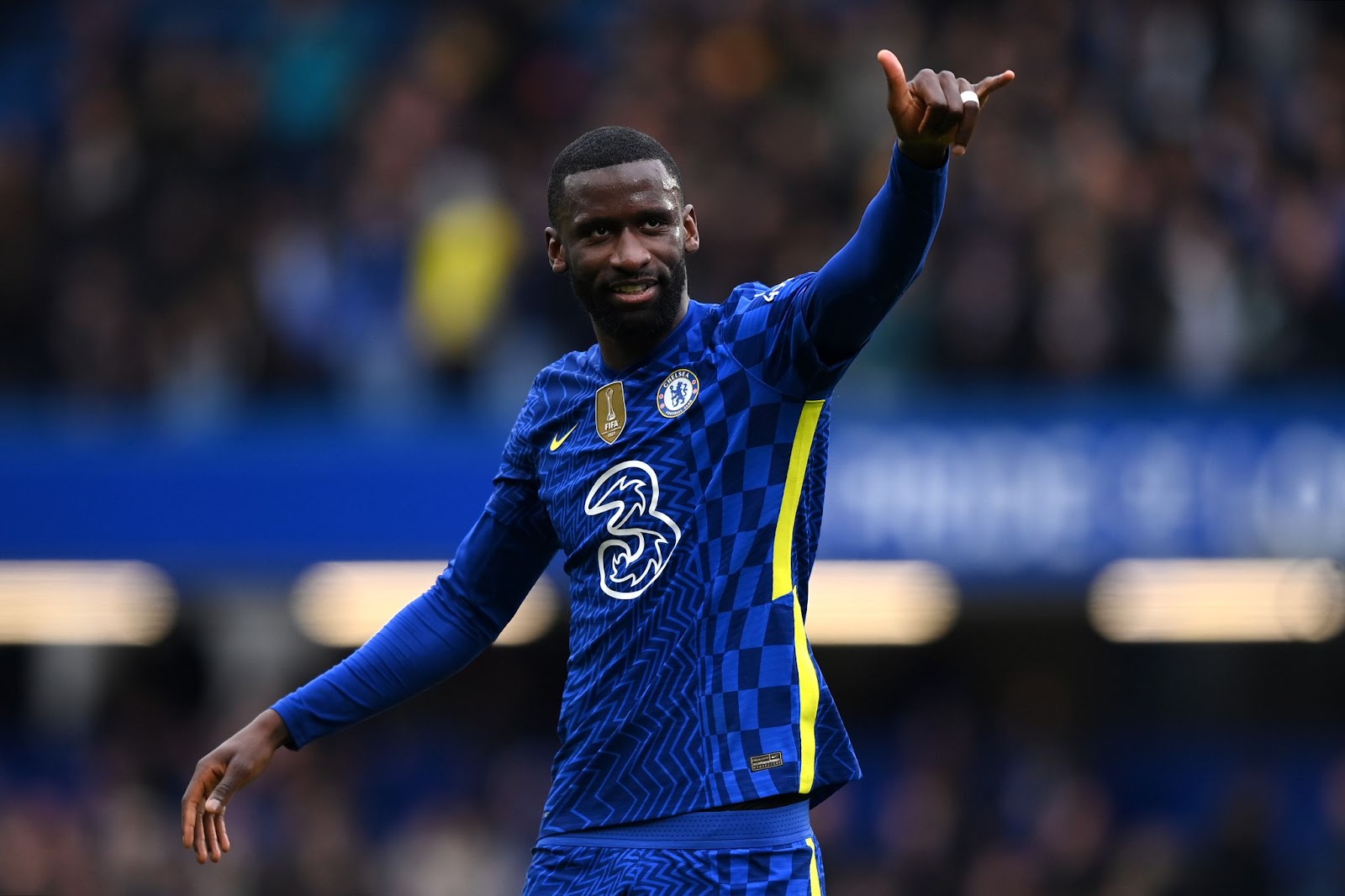 Full-backs like Joao Cancelo and Trent Alexander-Arnold have revolutionised the full-back position. Both players seemingly play in multiple positions at once, cutting infield to play in the half-spaces like a number ten, shifting across to become a six in midfield, staying deep to form a back three, and overlapping like a traditional full-back – sometimes all in the same game. This itself is not new to 2021/22, but we are seeing more and more hybrid formations thanks to their utility.

Arsenal regularly switch between a 3-4-3 and 4-3-3 based on Takehiro Tomiyasu's positioning alongside the centre-backs, for example. Graham Potter's shape-shifting Brighton make use of Cucurella's intelligence, Davies at Spurs overlaps so often it turns Spurs' system into a 2-3-5, and Man City often have three at the back or six up front depending on Cancelo's movements.

Up and down the division we are seeing more hybrid formations, which switch seamlessly between back threes and back fours depending on the position of the ball – and, more importantly, on what the full-backs are up to. 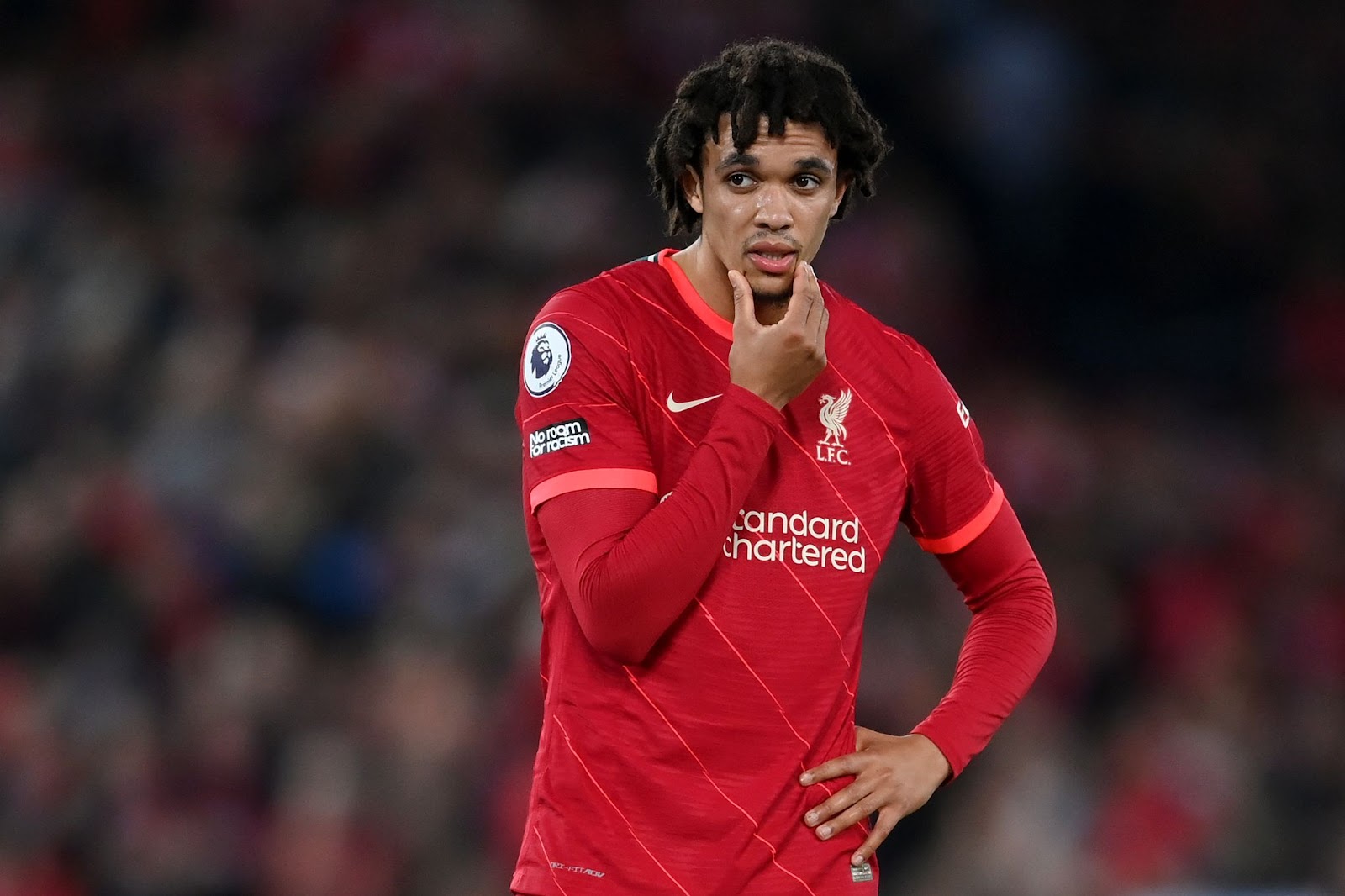