Top 5: Five of the greatest Liverpool vs Man Utd classics

With Manchester United and Liverpool set to face off on Sunday in what is sure to be a thrilling encounter, here's a look at 5 of the best Northwest derbies between the two giants over the years.

Going into the 1976/1977 FA Cup final, the odds were firmly stacked against Manchester United as they were set to face a Liverpool side that had just lifted the English League title for the second season in a row.

Considering how well Liverpool had been performing, United players admittedly lacked confidence going into the game, but judging by the result, they clearly didn't need confidence to secure the victory.

The Red Devils went on to defeat Bob Paisley's Liverpool 2-1, in a tightly contested affair that, weirdly enough, was decided within a five-minute timeframe as all three goals came between the 51st and 55th minute.

Star forward Stuart Pearson opened the scoring for United in the 51st minute, but Liverpool's James Case hit United with a near-instant reply in the 53rd minute throwing his side back into the game.

The match winner came in the 55th minute as United's James Greenhoff fired the ball past Liverpool's Ray Clemence in goal, leading his side to the FA Cup title. 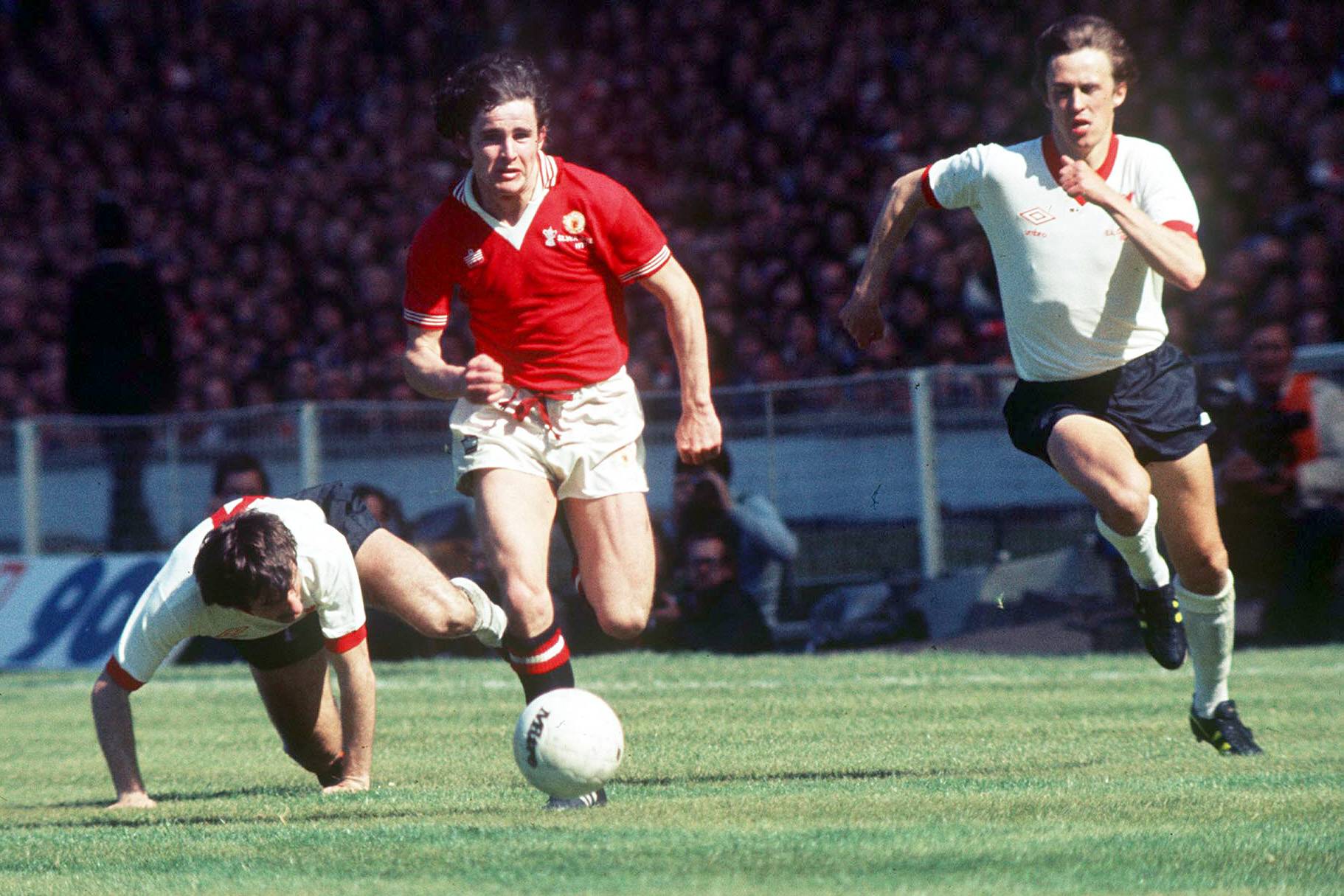 Manchester United fans flocked to Old Trafford on October 1st 1995, not only to watch their side face fierce rivals Liverpool, but also to witness the return of the enigmatic Frenchman, Eric Cantona, who was set to feature in his first game since his "kung-fu kick" suspension.

Cantona's return was fruitful, as he set Nicky Butt up with an assist for the game's opening goal - but United's lead was short lived with legendary Liverpool striker, Robbie Fowler, bagging a brace to put Liverpool in front and en route to the three points.

As things were looking bleak for the Red Devils, United earned a penalty, which Cantona earnestly fired home, bringing the scores level and ultimately helping his side to a draw - allowing him to further endear himself to the United faithful following his return from suspension. 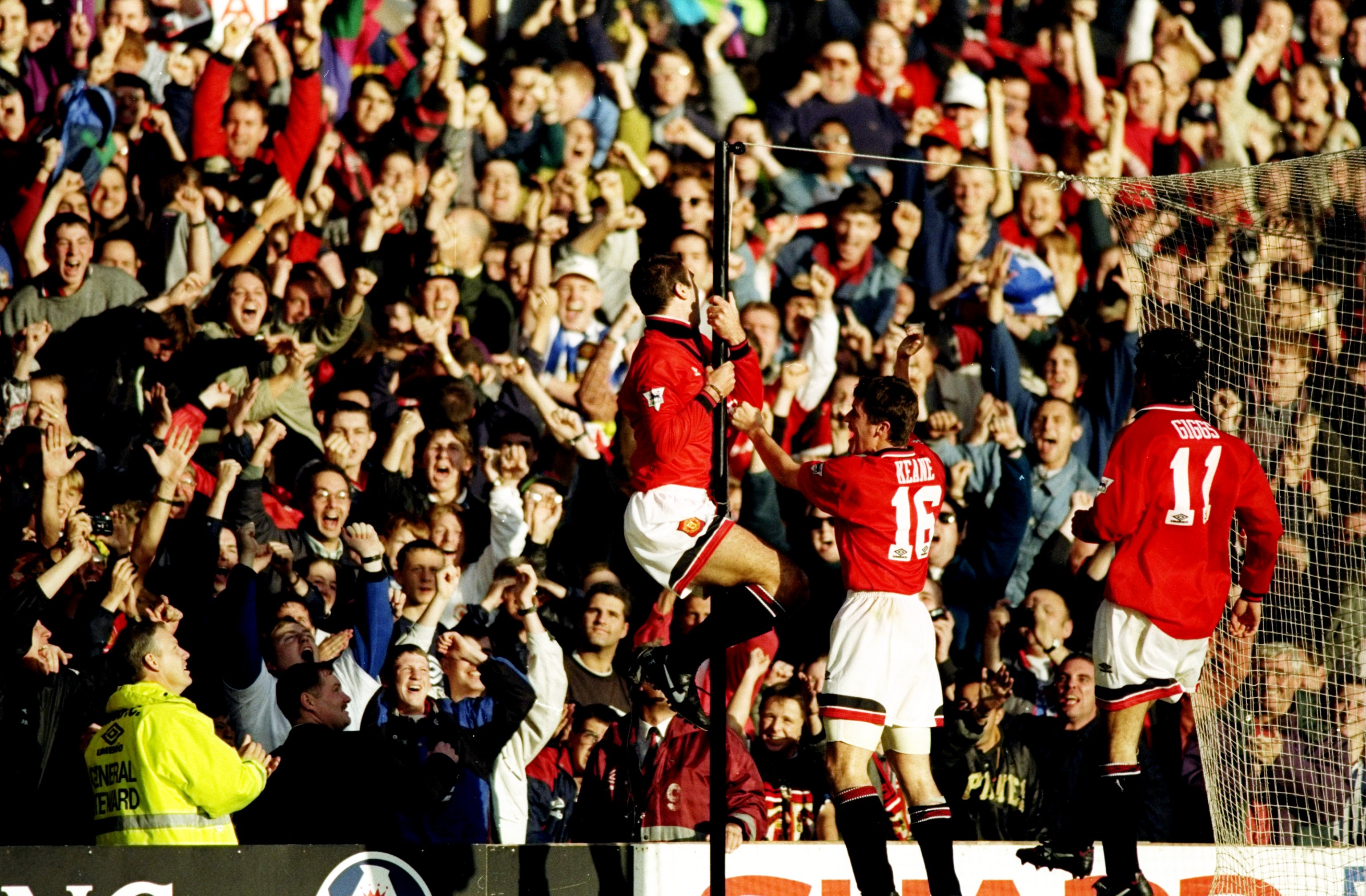 Manchester United and Liverpool squared up for another FA Cup final in 1996, but this time, it was Sir Alex Ferguson's United who were touted as favourites for the encounter, considering they had just lifted the Premier League title a few days before the FA Cup final.

The FA Cup final turned out to be a tightly contested affair as both teams stayed locked in a goalless draw, up until the 85th-minute when Eric Cantona found the back of the net to lead United to a hard-fought win. 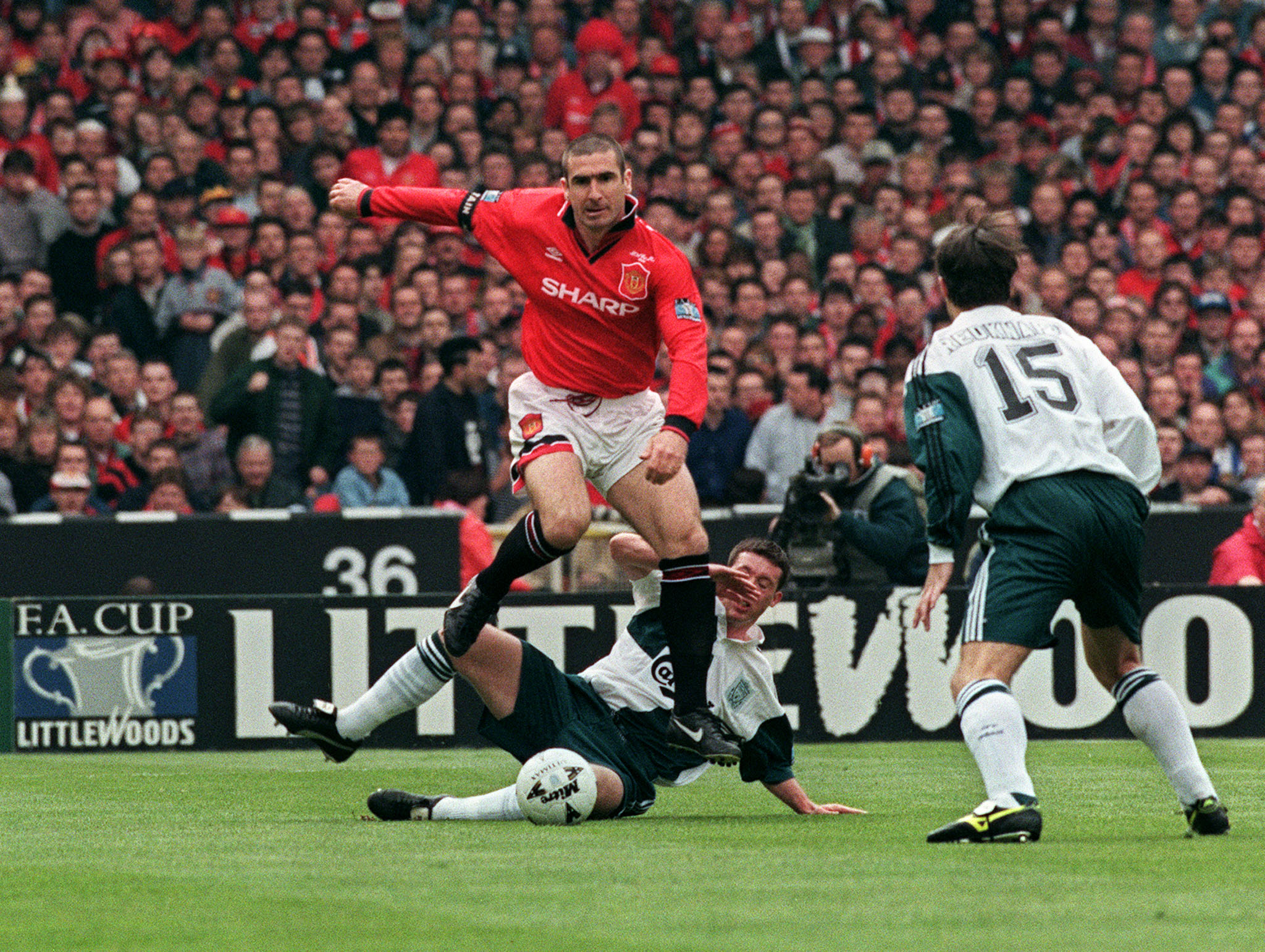 Going into this game, Liverpool were on a horrid 10-game losing streak in North-West Derbies, but Gerard Hollier's side managed to put an end to that poor streak thanks to the efforts of local lad and midfielder - Danny Murphy.

In this particular game, Murphy curled home a stunning free-kick in the 43rd minute to seal the victory for Liverpool.

The result had little bearing on the rest of United's season, though, as Sir Alex Ferguson's men still went on to lift the Premier League trophy.

Despite missing out on the league title, Liverpool enjoyed success on other fronts, as they won the FA Cup, the League Cup and UEFA Cup title, a treble which some might say trumps United's title win. 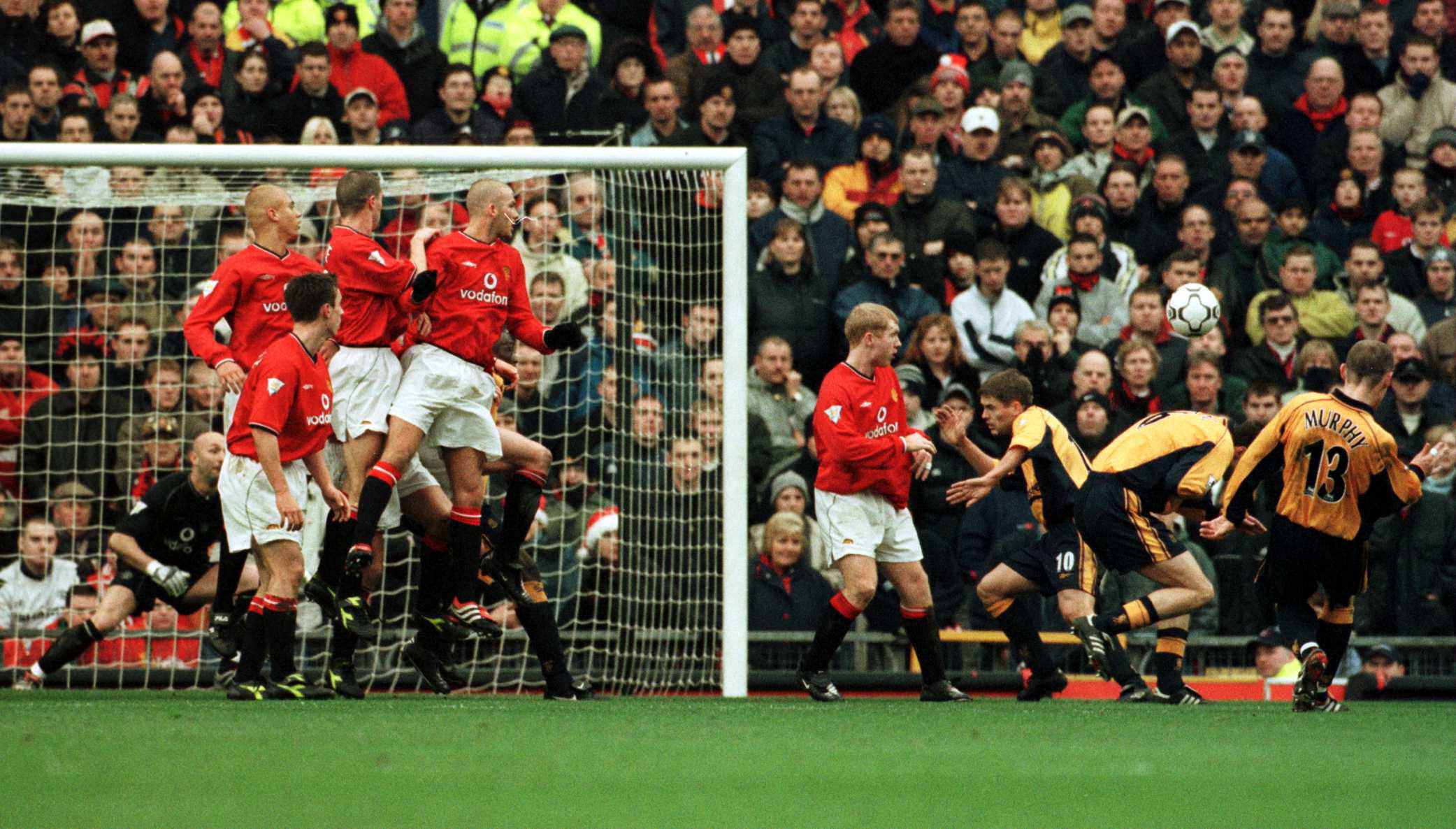 After being largely criticized for his performances in the first few games of the 2010/2011 Premier League campaign, iconic Bulgarian striker Dimitar Berbatov finally endeared himself to the Manchester United faithful with a masterful performance against Liverpool.

Berbatov scored in the 42nd, 59th and 84th minutes to lead United to a much-needed victory against their Merseyside rivals.

His second goal was particularly stunning as he deftly controlled a cross from Nani with his back turned to goal, before executing an overhead kick that clipped the crossbar and went into the back of the net.

Steven Gerrard was responsible for Liverpool's goals on the day, but his brace was duly overshadowed by Berbatov's incredible hat-trick.

The Red Devils went on to lift the Premier League trophy in May 2011, with Berbatov ending the 2010/2011 league campaign as United's top scorer. 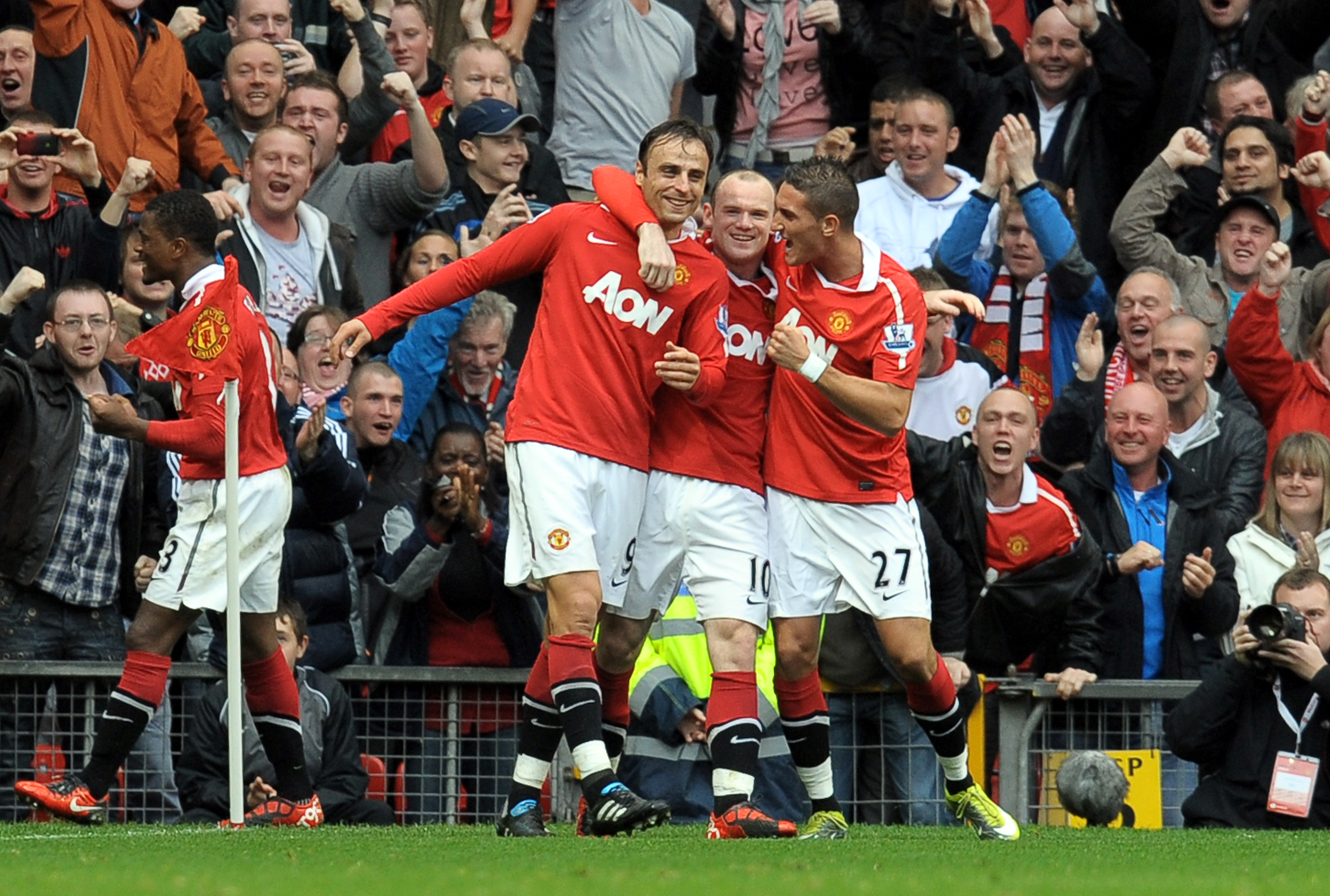