Since his appointment in January, Thomas Tuchel has guided Chelsea from ninth in the Premier League table back into the top four. However, this arguably isn't his most impressive achievement to date. Tuchel's Chelsea are also kings of the knockout competition, winning six of seven cup games. The only goal they conceded in these seven games came against Porto, in their only knockout loss under Tuchel, though a 2-0 win from the first leg ensured aggregate victory.

Having overcome Atletico Madrid and Porto, Chelsea will play Real Madrid in the Champions League semi-finals. And after defeating Manchester City last weekend, they are set for an FA Cup final against Leicester City. Tuchel's side are now three wins away from a momentous double – how have they gotten to this point?

Tuchel has settled on a 3-4-3 formation, perhaps in response to some of Chelsea's defensive failings earlier in the campaign. Frank Lampard preferred a back four with attacking full-backs, but this led to some problems in defensive transition. Not only did Chelsea fail to stop counters with good counter-pressing, but they were quite open at the back. Tuchel's use of a back five has ensured that, even if the counter isn't stopped immediately, there are always sufficient numbers back to stem the flow of the breakaway.

Usually, he has chosen Cesar Azpilicueta and Antonio Rudiger as his outside backs. Azpilicueta has experience in the role having played it under Antonio Conte, while Rudiger enjoyed some of his best football at Roma on the outside of a central defensive three. Neither are particularly physical or aerially dominant, but are capable bringing the ball out of defence. Between them, Tuchel has rotated between Thiago Silva, Andreas Christensen and Kurt Zouma.

Defensively, this is nothing like Conte's 5-4-1, where everyone knew their role and the shape was ultra-rigid. Chelsea's current attacking options lack the defensive intensity of those before them, though Mason Mount is a crucial exception due to his work rate and willingness to track back. He is essentially the modern Willian, providing balance and sometimes dropping in alongside the two central midfielders to protect the back line. The other attackers, whether it be Timo Werner, Kai Havertz and Hakim Ziyech, have a bit more freedom to wander.

Tuchel has his side press high from goal kicks, but not so much in open play. Against Manchester City, for example, the focus was more on keeping the shape and sitting off, letting the opponent pass but denying gaps to penetrate through. The back five, with central midfield protection coming from two of N'Golo Kante, Mateo Kovacic and Jorginho, not to mention the work of Mount, meant there were always seven or eight outfielders in position to defend.

The introduction of an extra defender has had attacking implications, too. Tuchel has Chelsea build out with a '3-2' shape featuring the three centre-backs and two base midfielders. However, sometimes, as it was away to Atletico Madrid, this becomes a '3-1' with Kovacic given more freedom to drift wide left and receive the ball away from midfield pressure, where he can get space to dribble forward or pass over the top. 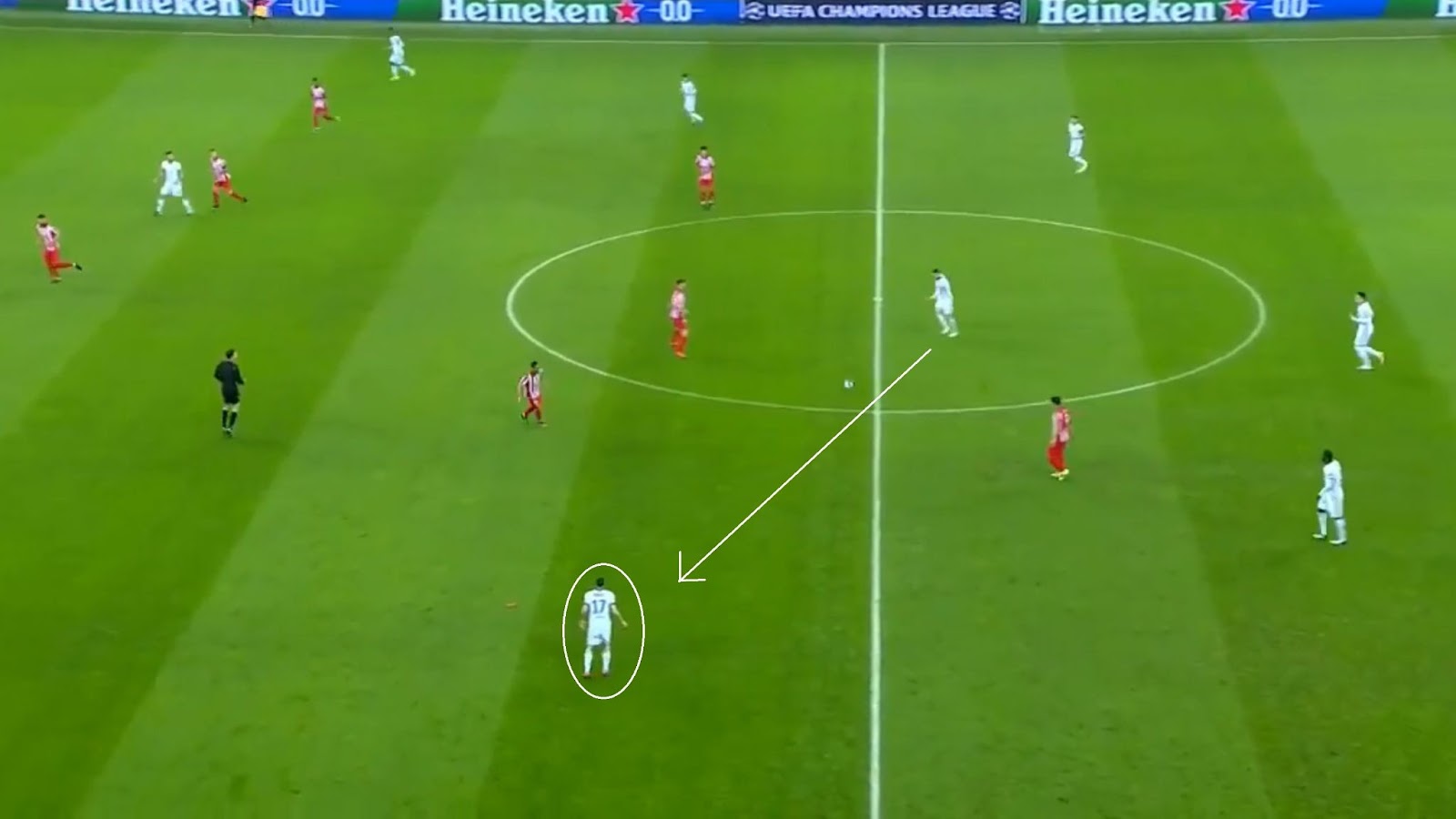 Tuchel's use of three central defenders allows Chelsea to play patiently along the back line, exchanging with the midfielders and looking for angles to advance through. With the help of the midfielders, there are usually enough options for Chelsea to keep the ball. Furthermore, because of the presence of three defenders and two midfielders, they can attract a lot of pressure centrally and create space in wider positions for the wing-backs and inside forwards to get on the ball.

It will be interesting to see if Real Madrid use a classic man-to-man strategy with Toni Kroos and Luka Modric matching up against Chelsea's base midfield two, or if they sit off them. The decision to press, or not to, in this area could dictate who dominates possession. This is relevant considering Tuchel's Chelsea have looked more threatening as a counter-attacking side than when they have lots of the ball - his first game in charge was a 0-0 draw with Wolves where Chelsea had 79% of possession and just five shots on target.

Tuchel is adaptable and his defenders are unafraid to go long if the short options aren't on. However, they aren't particularly effective at winning subsequent 50/50s and second balls due to their player profile, particularly if Tuchel doesn't field an aerial target like Olivier Giroud up front and leaves Kante out of midfield. If the midfield selection is Jorginho and Kovacic, they lack both numbers and necessary physical presence in midfield to capitalise on breakdowns after long balls out from the back. Again, this is something Real Madrid may consider when choosing their pressing strategy for the upcoming Champions League semi-final tie.

Another area where Tuchel is flexible is his choice of front three. Mount is a guaranteed starter, thanks partly to his ability to play many different roles. He can play as a third midfielder or as an inside forward, while his goal away to Porto showed he can also be effective higher up, running in behind defences rather than moving to be available between the lines. 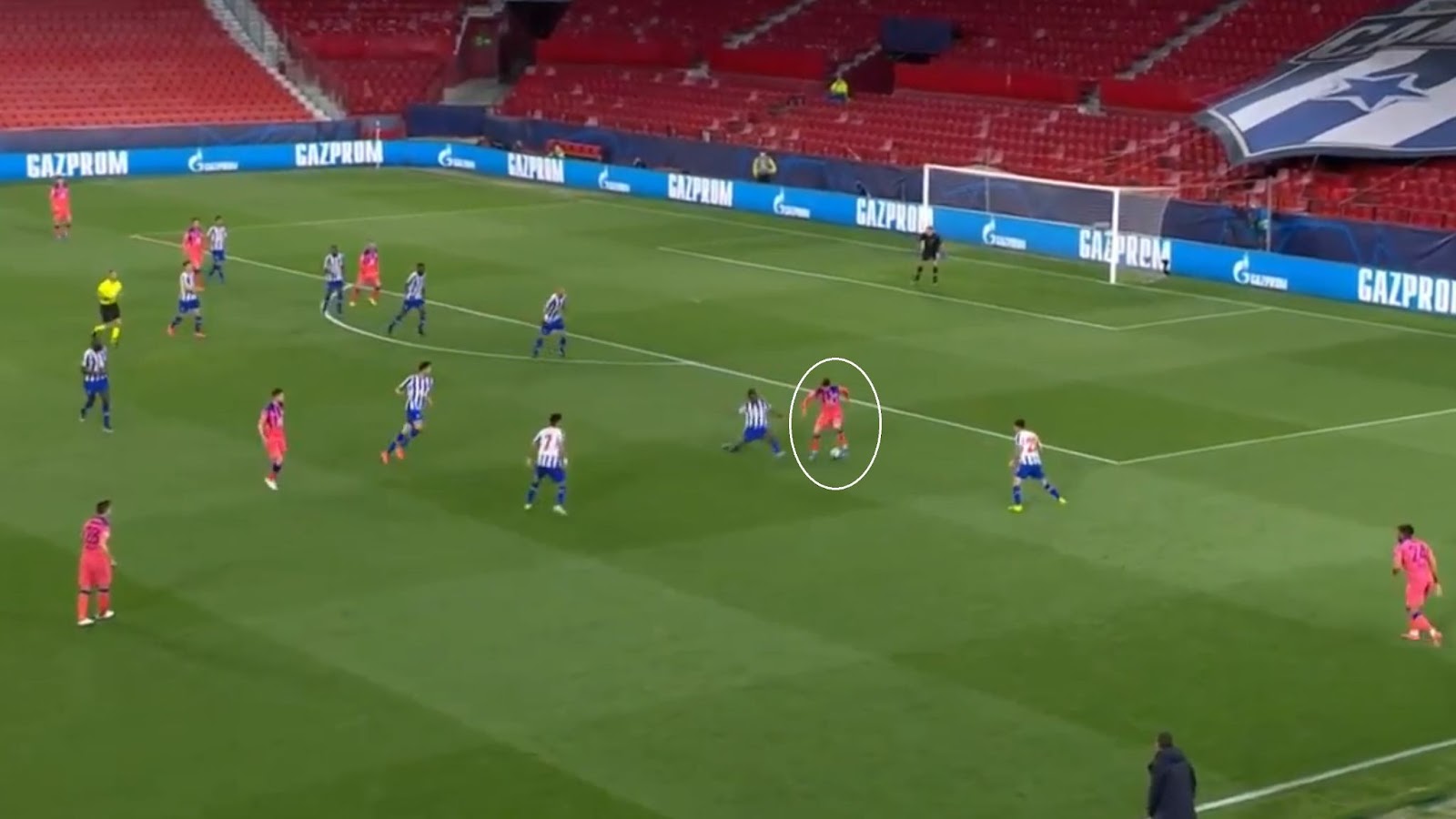 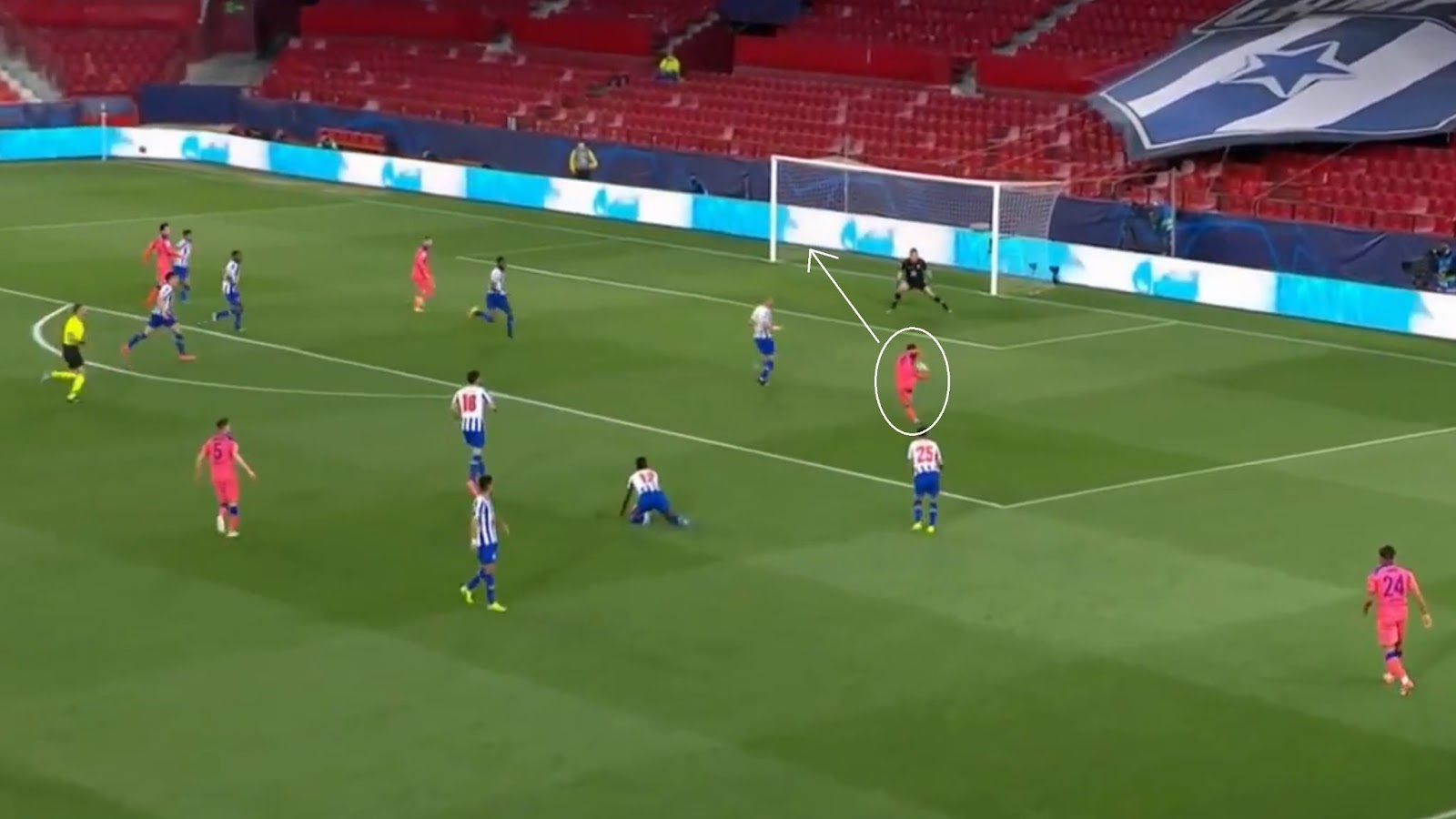 Talking to BT Sport after a win over Tottenham, Mount mentioned Tuchel's emphasis on attacking flexibility. "It's a positive for us and makes it difficult for the teams we come up against: they are never going to know what we come with," he said. "So we're working on different formations, different tactics day in, day out at training."

Alongside Mount, Timo Werner is highly likely to start both the FA Cup final against Leicester and the Champions League clashes with Real Madrid. He is the team's most dangerous attacker in transitions, mainly thanks to his pace. Werner's speed allows him to take advantage of any gaps in the opponent's defence on the break, dribbling forward or running to latch onto passes over or behind the last line.

While Werner's finishing has come under fire during his debut season in English football, Tuchel's preferred system ensures he gets support from at least one other player - Havertz, Ziyech or even Giroud - with a cleaner strike of the ball. Havertz or Ziyech are chosen when Tuchel wants to overload midfield, while Giroud is more likely to be chosen to offer a more physical focal point to hold off defenders and lay off, or get on the end of crosses.

Under Tuchel, Chelsea's main crossing threat comes down the right, where Reece James looks to make runs inside behind the opponent's left back, get to the by-line and fire in a low, hard cross. 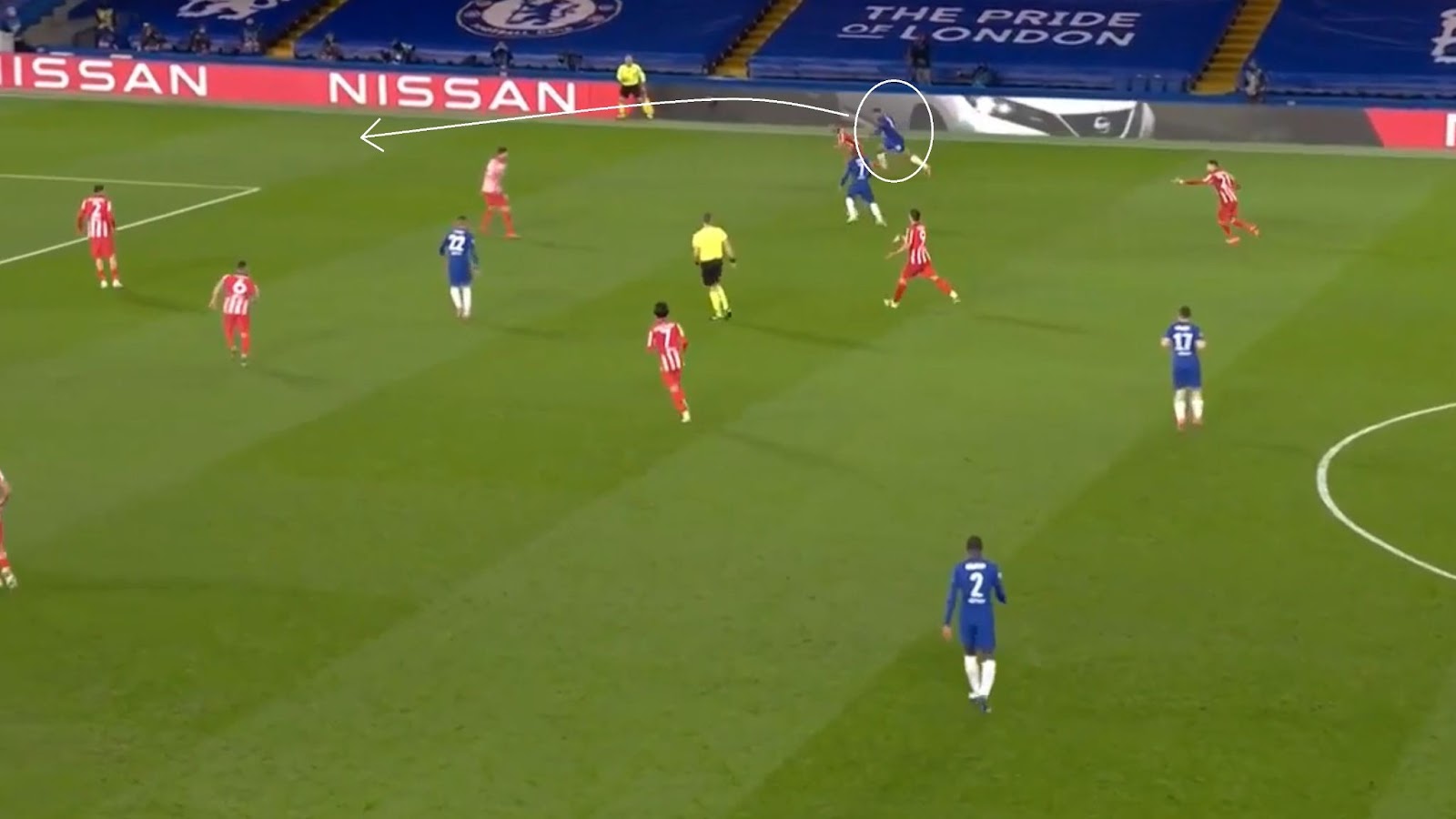 However, with Giroud, James also has the option to play the high ball. Giroud's aerial threat in these situations may be helpful in the FA Cup final, especially when considering Leicester are increasingly likely to sit off and counter, giving Chelsea plenty of possession. If Tuchel's men are struggling again to be incisive with that possession, they would still have the option to work it wide and cross into the box for Giroud to attack.

Tuchel has guided Chelsea through several tricky knockout ties. So far, his use of an extra defender and the flexibility of his front three has worked well. If he keeps getting his selections and tactical decisions right, silverware will be returning to Stamford Bridge this season.