COMMENT: Okay, it's hardly the tale of the tortoise and the hare, but you have to fancy Phil Foden is feeling pretty good about things today, particularly in contrast to his former Manchester City teammate Jadon Sancho...

Of course, it's not all about to collapse for Sancho at Borussia Dortmund. But looking on from Germany, there must be some thoughts of 'what if?' as he sees Foden establishing himself this season. A young, English player making the most of everything City - today's City - has to offer him. The very same opportunities that Sancho was convinced he would never see - and the prime motivation behind him quitting for Dortmund over three years ago.

Sancho has always been in a hurry. Quitting Watford as a junior to move north to Manchester. Then walking out on City, despite a clear first team path drawn up for him, to launch his senior career in Germany. Even this past summer, if Dortmund hadn't held steadfast, Sancho would've been on the move again, back to Manchester, but only this time to the Red of United.

It was an approach that appeared to work. For a time there last season, Sancho was lauded as the best young player in the game. A player for England to build a World Cup winning team around. One who not only was coveted by Manchester United, but by the biggest clubs on the continent, including Bayern Munich and Real Madrid.

But today, things don't appear so bright. As mentioned, it's not about to fall apart for Sancho, but his upward trajectory has now stalled. Form has abandoned him. As has his fitness. The snap and energy of his game is no longer there - something BVB directors have stated openly in recent weeks. The headlines have also disappeared. He's no longer the wunderkind of Dortmund. That mantel has now gone to Gio Reyna. Almost three years Sancho's junior, the 18 year-old American is already regarded as the superior talent, or so says former Dortmund coach Ottmar Hitzfeld. Both on the pitch and off it, Sancho's game has taken a major knock this season.

In contrast, the steady approach of Foden is now reaping it's rewards. Goals and plaudits for England. A matchwinning performance at Olympiakos in the Champions League with City. Foden is fulfilling the promise which had Pep Guardiola declaring him a bigger junior talent than Lionel Messi.

“He has everything to become one of the best players," said Guardiola almost 18 months ago. “I have said many times in press conferences, but maybe not said it in front of him, Phil is the most, most, most talented player I have ever seen in my career as a manager."

And he's doing it all within shouting distance of the family home. Like Xavi. Like Andres Iniesta. Players Guardiola has compared Foden favourably with - the England international can look ahead and see himself achieving everything he wants in the game without ever changing clubs. And for the next three years - at the very least - he will continue to work with same coach who did so much for the likes of Iniesta and Messi at crucial stages of their careers. The promises made - and kept - by City now opening up for Foden. And they're the very same promises rejected by Sancho three years ago. 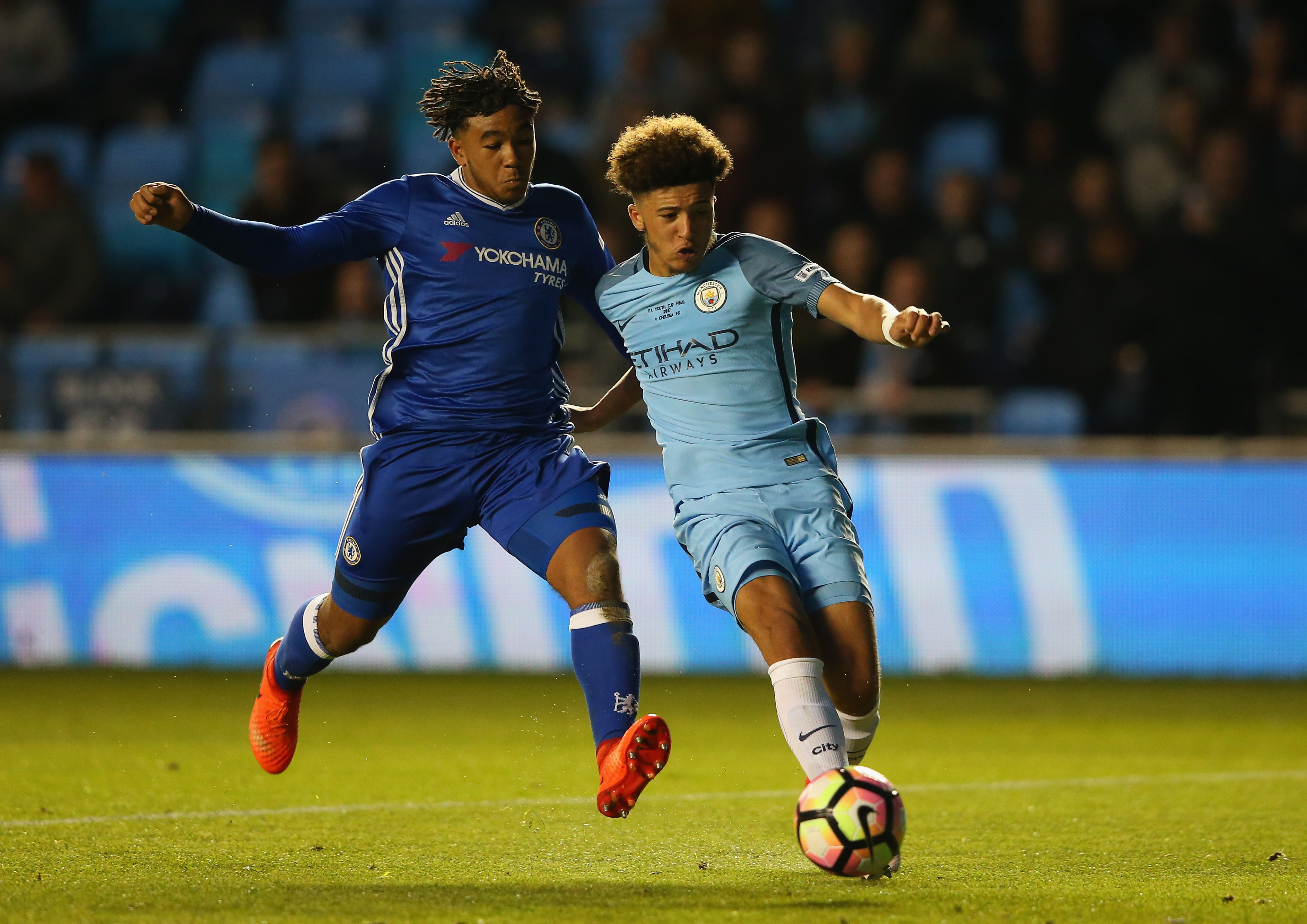 Joe Hart, City's two-time Premier League title winner, admits the senior players always knew Foden would get his chance. While on the outside many pundits couldn't see Foden fulfilling his potential in a Guardiola team, Hart says those inside the club knew otherwise.

"He's got Manchester City, he's got Pep Guardiola - they believe in him," says Hart, now with Tottenham. "He doesn't need to go out and have a season somewhere, and play some sort of different system. They believe in this guy, they believe in him being around the players that he's around."

Precise. Considered. Steady. Hart, in a role as pundit last year, was keen to disclose the career path City had mapped out for Foden.

He continued: "When he does come into this team, he will have been a part of it for four years. That's the sort of confidence you get when you're 25 or 26 years old - he'll have that at 20 years old.

"He won't have 100 appearances and 20 goals to show to people, but he doesn't need to show that to anyone! He's showed it to Manchester City, he's showed it to Pep Guardiola! His jobs done really, he's just waiting and ready."

At City, Foden isn't alone. He's not bucking any trend. Tommy Doyle, Cole Palmer and Liam Delap have all joined him in the City first team this season. But this is no change in policy from Guardiola. There's been no orders from up on high. The manager was simply waiting for players good enough - and patient enough - to start graduating from the club's academy system.

Yes, Delap is a late comer. Spotted and nicked away from Derby County. But like Foden, Cole Palmer has come through the City system. As has Tommy Doyle, who finished on the Karaiskakis pitch last night alongside Foden.

Like Foden, they'll have had their individual pathways put forward to them. And watching the promises made to their young, senior teammate now fulfilled, it makes it much easier for the likes of Palmer and Delap to buy into the assurances made by coaching staff.

And beyond this season's City squad, there's promises also being made to the club's loanees. Particularly Lukas Nmecha.

Another academy graduate, Nmecha is currently on-loan at Vincent Kompany's Anderlecht. A fourth temporary deal for the 21 year-old - on paper at least - it would appear his City career was over. Yet, word has been relayed to Kompany to forget about trying to sign Nmecha permanently. And that word has come directly from Guardiola.

After five goals in ten games, the potential of Nmecha is now coming together in his third season of senior football. City and their manager aren't ready to cut him loose just yet.

It's a different pathway to Foden and co, but Nmecha's willingness to buy into City's planning could yet to see him with Guardiola's squad next season. And in Belgium, there's claims this is exactly what Guardiola has mapped out for him.

So today Nmecha, like Foden, will be feeling pretty good about himself. There is a method to City's approach. Foden is proof of that. Nmecha could soon be too. And their success will convince more of their academy talent that there's no need to go down the Sancho road. There is a genuine pathway to the first team at Manchester City.