Man Utd icon Schmeichel: Solskjaer had tactics and selection spot on for PSG

Meulensteen: Solskjaer had everything right for Man Utd win in Paris

In this Q&A, we catch up with Ruben Rochina from surprise packet Levante and discuss his time at Barcelona, his move to England with Blackburn Rovers and now his success in LaLiga with Levante.

Question: How do you feel at Levante UD?

Answer: After being away from home for almost ten years, deciding to return almost two years ago was one of the best decisions I've made. I'm really happy here.

Q: What does LaLiga give you that you didn't get in Russia or in England?

A: It's another way of experiencing football. Each league has its own style and way of seeing football, and I think LaLiga, which has improved a lot in recent years, has become very professional. I think the teams are much more competitive. There's less difference between the teams and I think this has made LaLiga much more attractive.

Q: Do you consider yourself as a good example of someone who has managed to stay in the top flight after coming out of the Barcelona youth academy?

A: Yes, I'm happy with the way my career has gone. It's practically ten years since I left the youth academy at the age of 18. There're always ups and downs, but I've also tried to play at the top level in different leagues. I also think that living in different countries, experiencing different cultures and listening to different languages has huge benefits. 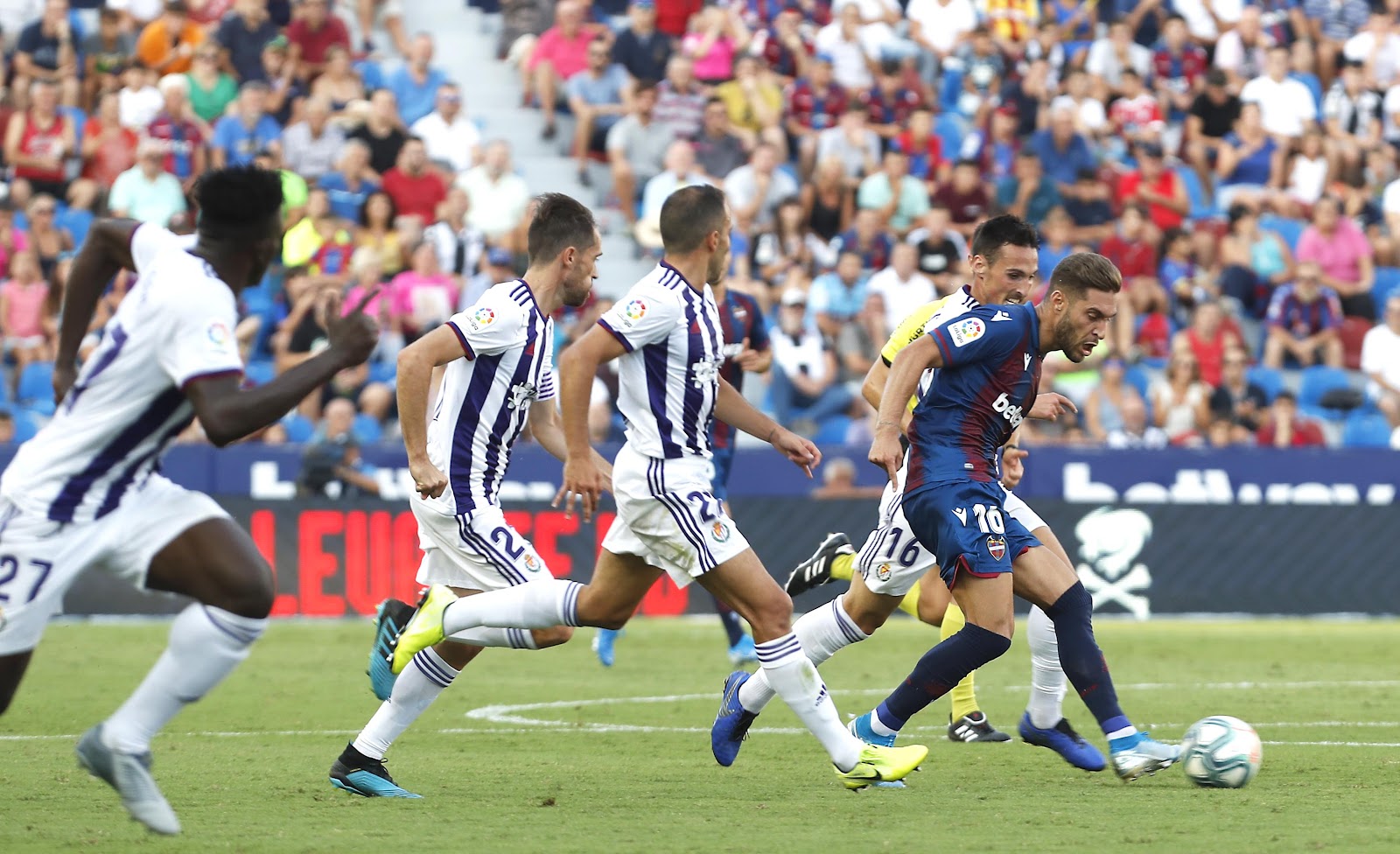 Q: Is succeeding at home something you feel you need to achieve?

A: I think everyone wants to. You always feel better at home than anywhere else. I think Levante is a real family club. I've really felt at home here since the first day and I think it's the perfect place for me. It's a great place for me to enjoy my game over the next few years and show people what I can do.

Q: How would you assess Levante's start to the season?

A: I think we're in a fairly good position. I think we've had a bit of everything: games we've deserved to win but we haven't; and games that we haven't deserved to win so much but the results have gone our way. But this is the way LaLiga has gone this year. The fierce competition between teams makes it all much more difficult. We know it's going to be tough trying to stay out of the danger zone, but I think our objective this year is to suffer less than in previous years.

Q: In your opinion, what has been the best thing about the team so far this season?

A: I think that, without a doubt, it's the healthy competition among us. I think the squad has been improved and now anyone can play. But it's positive and it favours the team.

Q: And the worst thing? How can Levante improve?

A: I think we can always improve things. I think we simply have to focus on working on being stronger as a team and this is our goal.

Q: How do you think the team has improved in relation to last season?

A: If you analyse it objectively, I think there hasn't been such a drastic change. Last season we managed to play good football at a time when we were struggling in LaLiga and results weren't going our way. In those games everyone was putting us under pressure. Now we're at the start of LaLiga and some teams are finding it hard to get going and they're more closed. Others have started more strongly. I think everything will even itself out more as LaLiga advances.

Q: What objective have you set yourself this season at Levante?

A: On a personal level, I think I'm ok. I think playing a whole season from the start, without any problems of any kind, and being focussed on the team and your own game helps everything go better. I think I can still play better than I'm playing right now, but for me the most important thing is the team and that everything goes well. 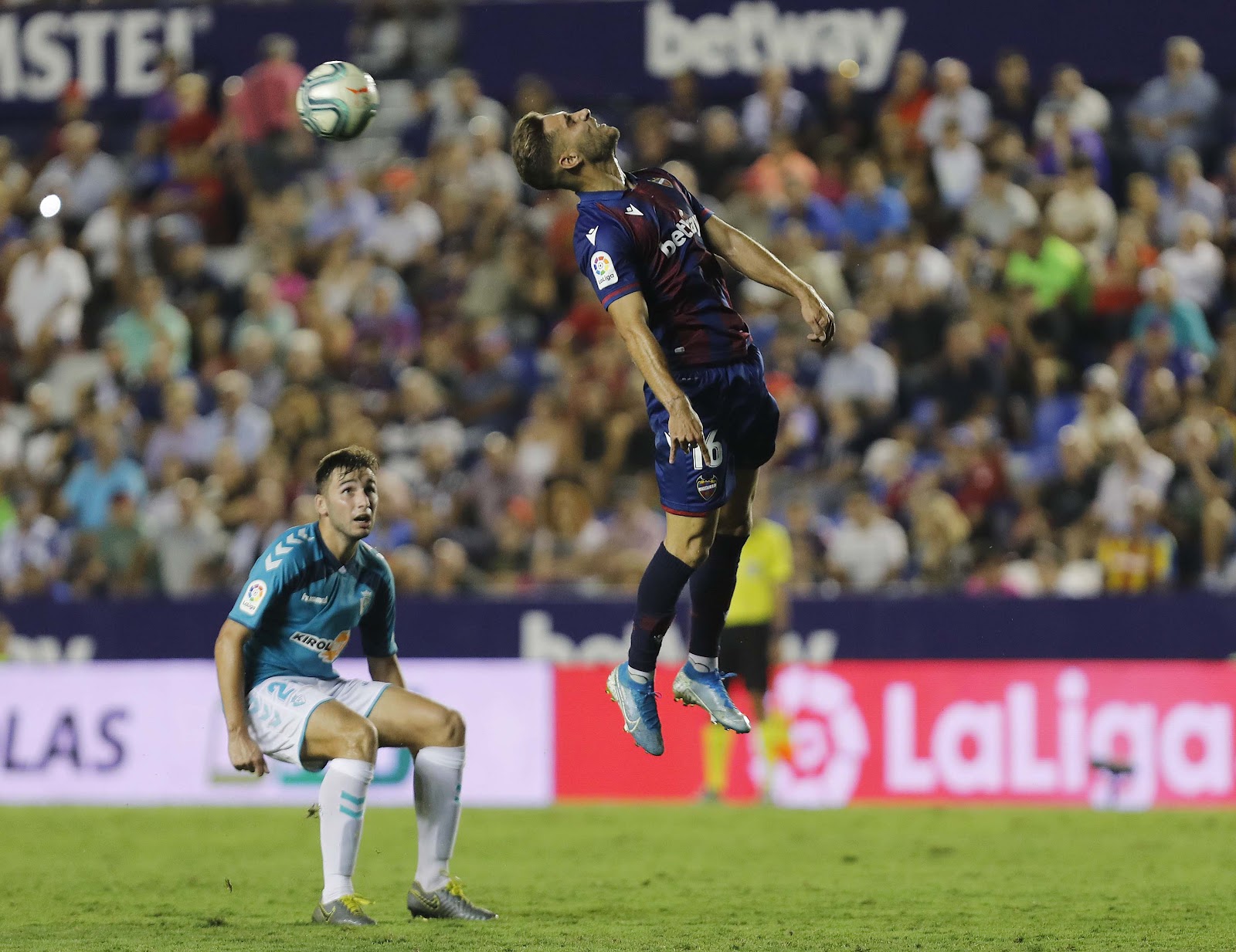 Q: Do you think we'd be right to say Rochina is one of the five best midfielders in terms of individual quality?

Q: Do you believe that long-range shooting is one of your best attributes?

A: Yes, you're right with that one. I think I've been characterised a bit by that – by scoring a few goals from outside the area. I think that that could be one of my strongest points.

Q: In terms of injuries, has there been one that has affected you particularly? What have you done to recover from them?

A: Unfortunately, I've had a few. I think any footballer always experiences these kinds of situations as it's a long professional career. I'd also say that when an injury comes, I deal with it the best I can. I'm not one to think negatively. I don't ask myself why it has happened or why it has happened to me. I think these situations just happen. When you get injured you just have to try to recover the best you can and not relapse. That's also important.

Q: How has Paco López influenced your career and how have things gone since he has been in charge? 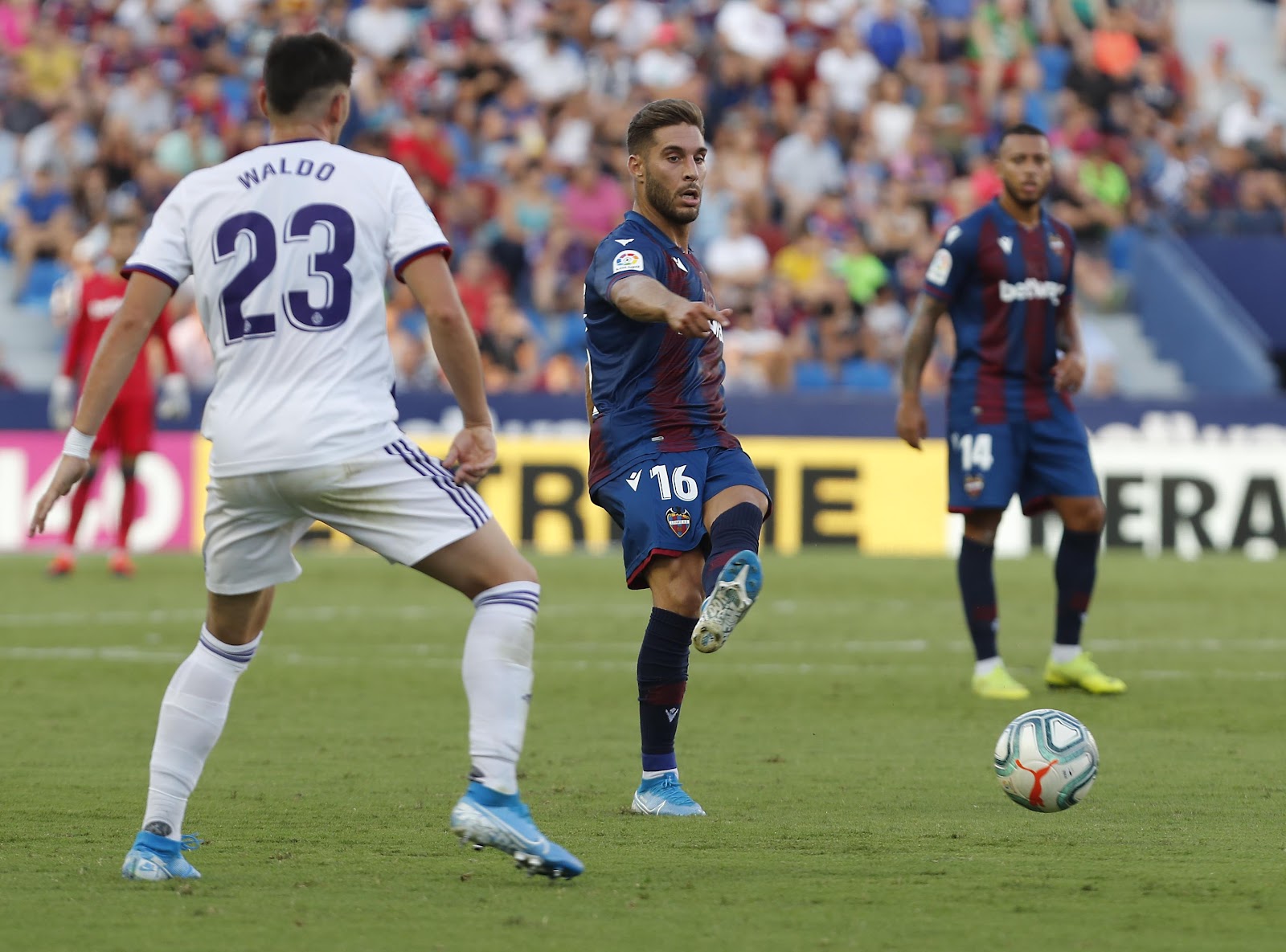 Q: What's your opinion on Hernani? What do you think of his start to the season?

A: He's part of the group. This is like a family. The same happened to me when I joined. From the first moment you feel like you've been here a long time and it's only been a few months. So I think the same happens with everyone. In terms of his ability as a footballer, there's no doubt he has quality, the ability to dribble and run fast.

Q: Do you think you'll be at Levante for years to come, Rubén?

A: That's a hard question to answer. I currently have this season and one more left on my contract. So I can't say more beyond that. But I feel very much at home and comfortable here. I feel really good at the club and it's something that the club has to evaluate and decide if they want me here. Obviously, I'd be happy.

Q: Let's go back to when you were in the FC Barcelona academy. Who was your idol at that time? Who did you look up to?

A: At that time it was Ronaldinho. When I joined, he had just signed for Barça. He was the star at the time and obviously, I watched him in training and he was the one who stood out, without doubt.

Q: Are you still in touch with teammates from that time? Who is your best friend from that period at Barcelona?

A: We had a good group there, but as you get older everyone moves on with their lives and it's more difficult for us to find moments to get together. But I did have a good relationship with my teammates, as we were the same age. We've also coincided for international games and despite not having daily contact with them, when I see them I'm glad to do so.

Q: Would you say that LaLiga is becoming tighter and more even?

A: Yes, undoubtedly. I think the competitiveness among teams is the thing that has increased most in LaLiga. Obviously, the great teams are still up there being great. But there are 12 to 15 teams fighting it out with nothing really between them, and it's much more difficult to achieve an objective, which could be getting into Europe or fighting to stay up. I think it's all become much tighter. 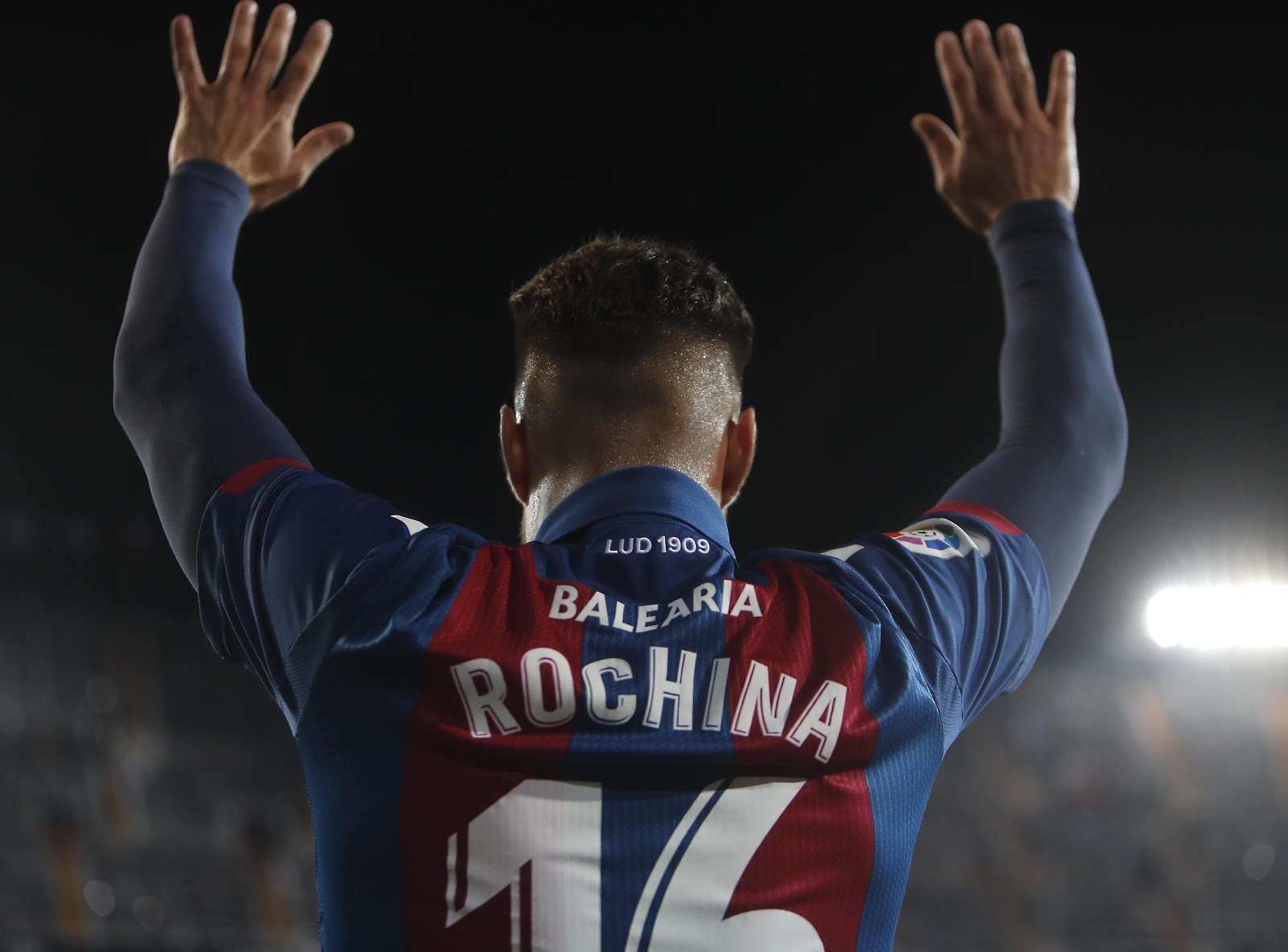 Q: Tell me about your relationship with the Levante fans. How have they been since you came here?

A: They're fans who have always got behind us. They are calm fans and we haven't had any problems since I've been here. They've been good to us when things haven't gone well for us. But it's like anything - when things don't go well, they are on your back more. Personally I'm happy and I can never fault them.

Q: Is there any other dream you would like to fulfil?

A: That's a very common question, but I couldn't tell you one in particular. I think we all want to put on the Spain shirt. For me, that would make me proud and that could be my main goal.

Watch every LaLiga match this season on LaLigaTV via Premier Sports. Sign up for a seven-day trial by visiting subscribe.premiersports.tv using the promo code 7DAYFREE