Solskjaer says Man Utd will be ruthless in summer market

Man Utd legend Schmeichel: You can't give Liverpool the title

Chelsea willing to discuss loan arrangement with Barcelona for Coutinho

On Tuesday 18 February, Liverpool travel to take on Atletico Madrid in the first leg of a highly intriguing Champions League round of 16 tie between two teams with very different styles of play. Atletico, under Diego Simeone, have earned a reputation as defensive masters who thrive on the big stage of European knockout competition. Liverpool, guided by Jurgen Klopp, have developed into an unstoppable powerhouse without defeat in 25 Premier League matches this season.

This is Tribal Football's tactical preview of the tie.

ATLETICO WILL STRUGGLE TO PLAY THROUGH THE PRESS

With just 23 goals in 23 league outings this term, it's fair to say attack has been Atletico's Achilles heel once again in 2019/20. For all their defensive organisation and individual quality, they just have not found a way to knit effective attacks together and create consistent chances. They have serious problems with the ball, as was evidenced in the recent 0-0 draw at home to relegation-threatened Leganes.

Simeone set his side up in a 4-3-3 formation that basically became a 2-3-5 when they were attacking. The front three stayed in the central and inside channels, while the full-backs pushed forward and provided the attacking width. This essentially left No.6 Marcos Llorente and box-to-box midfielders Saul Niguez and Thomas Partey responsible for progressing the ball from the back line to the front line, but Atletico failed to find ways to play through their middle trio. As a consequence, they ended up going long from back to front with minimal success. 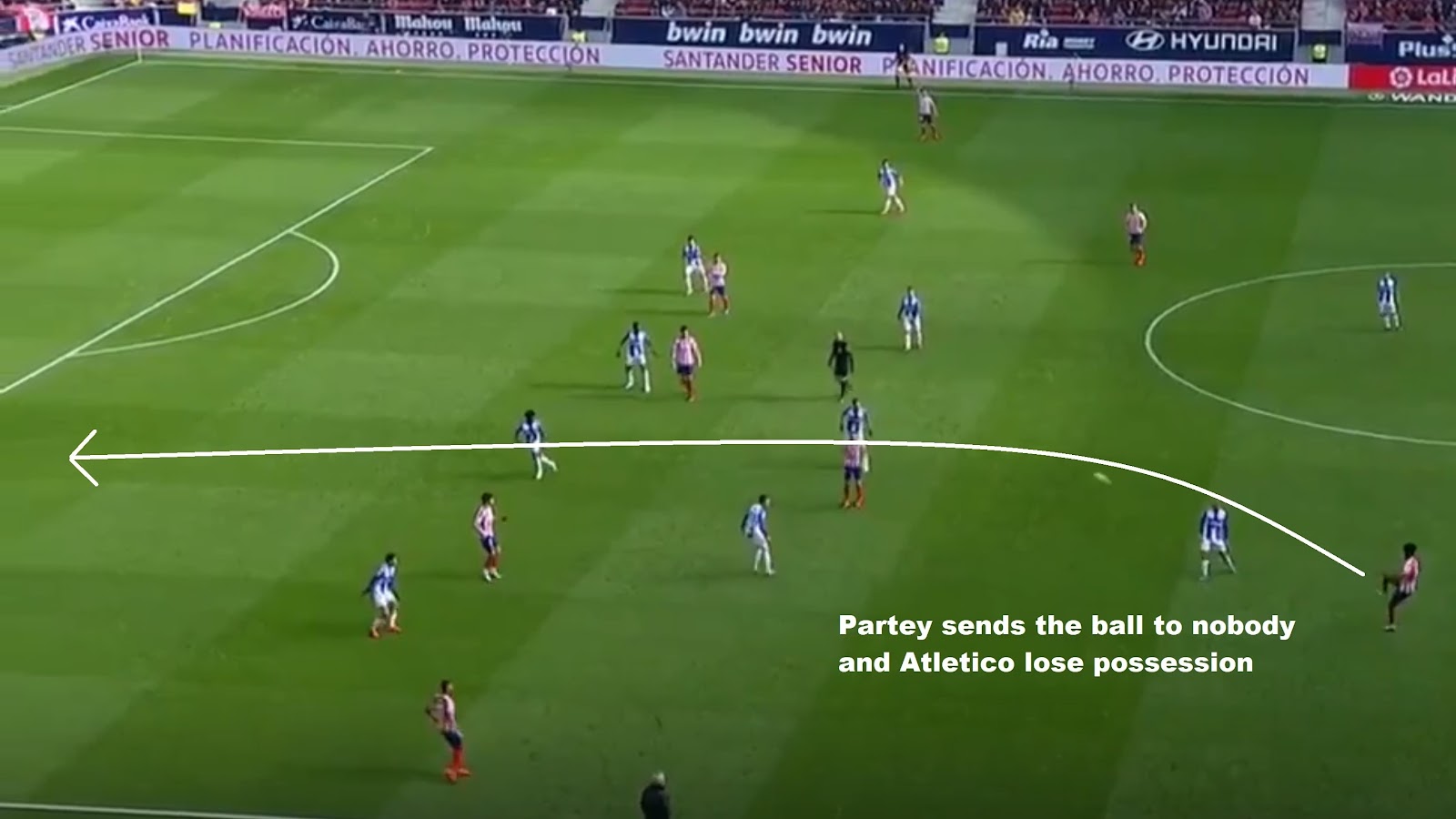 If Atletico struggled to open up Leganes, one of La Liga's worst defences, it's extremely unlikely that they will penetrate Liverpool's defensive block. Klopp's narrow 4-3-3 shape sets up some of the most intense pressing seen in Europe right now – even Pep Guardiola has failed to find success playing through Liverpool's press.

As Atletico will struggle to play through midfield against Liverpool's compact 4-3-3, it is possible that Klopp's men will find themselves with 'default possession' – Atletico go long from back to front, forfeit possession against the aerial prowess of Virgil van Dijk, and Liverpool start their own attacking game.

At this point, the Premier League leaders will face a far more difficult task – breaking down one of the most resolute defensive sides in recent football history. While Atleti don't score a lot, they also don't concede often – indeed, they have only allowed 15 goals in 23 league games this term.

Simeone likes to deploy a 4-4-2 mid-block in big European ties, instructing his side to defend their own half and apply minimal pressure to opposition centre-backs. This approach was utilised in the recent derby defeat to Real Madrid, where Atletico sat off Real, kept their shape and only pressed when the ball entered their own half.

Because of the organisation and compactness of Atletico's defensive lines, Liverpool will find space between the lines hard to come by. That's not a huge issue for them however, because they always possess a threat in behind through the pace of Mohamed Salah and Sadio Mane and the breaking forward runs of No.8s such as Georginio Wijnaldum.

If Atletico leave space behind their back line, expect Liverpool to find it with long balls from Van Dijk – switches to Salah on the right to get the Egyptian 1v1, as well as straight balls in the channel between Atletico's full-backs and centre-backs for midfielders or forwards to run onto. However, if Atletico sit in a low block and defend their own box, it may be harder for Liverpool and more risks may need to be taken in their build-up.

While a large portion of this tie may be spent in monotonous patterns of organised Liverpool possession versus organised Atletico defence, it is likely to be one shaped by the fleeting moments in between – the transition phases. Will Klopp's side prevent Atletico's counter-attacks from gaining any momentum, or will Simeone's side pierce through Liverpool's aggressive counter-press?

When they regain possession, Atletico use the compactness they have in defence and the natural numbers they get around the ball to retain possession in transition and play forward quickly through short passes. They always have runners off the ball supporting the counter, as seen below. 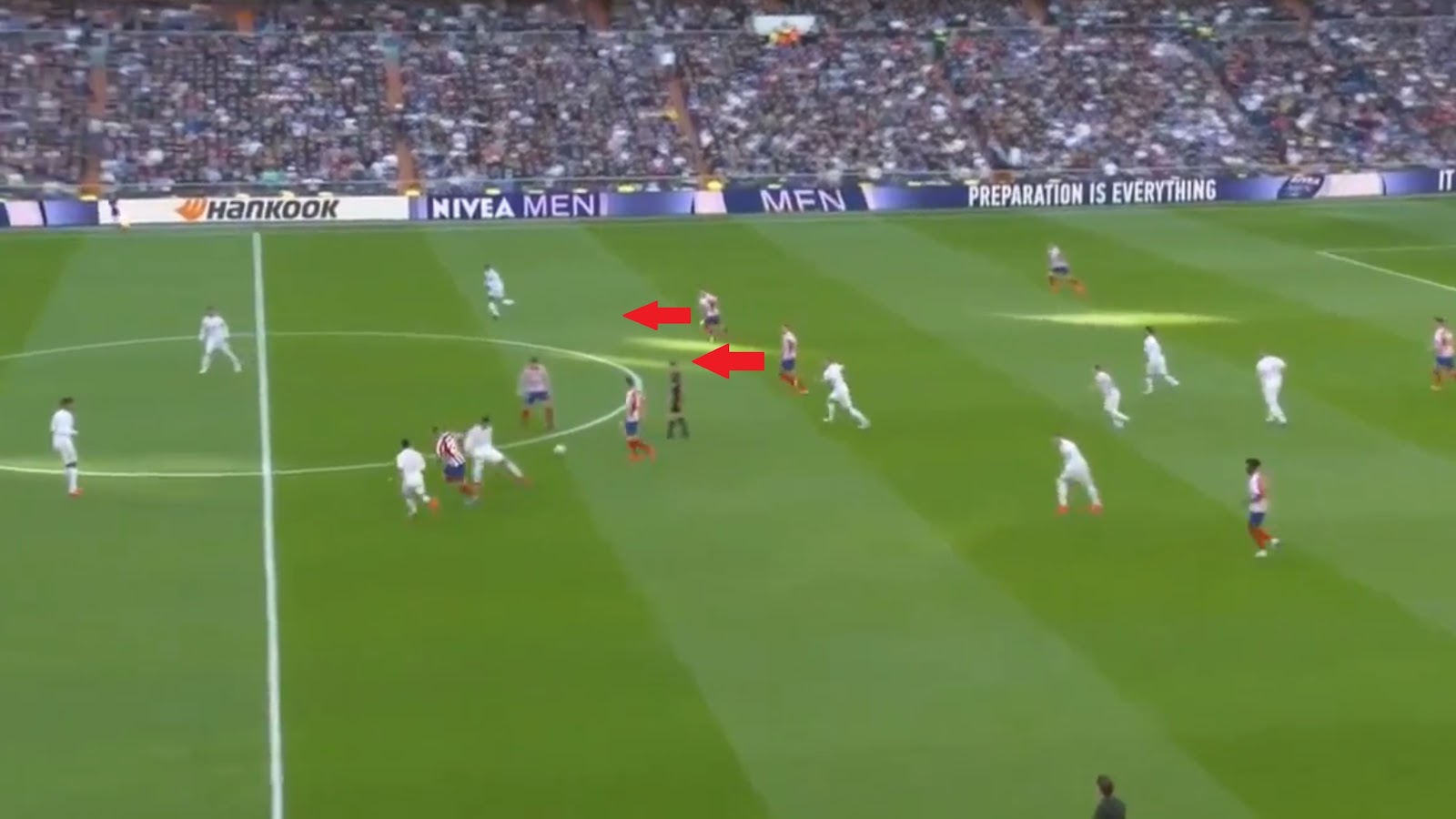 But Atletico's quick counter-attacking will be met with ruthlessly efficient counter-pressing, as seen below. Here, Liverpool have just lost the ball to Manchester United. But Andrew Robertson pressures the ball-player and, when the pass is made, Jordan Henderson steps up to forcefully dispossess the receiver. 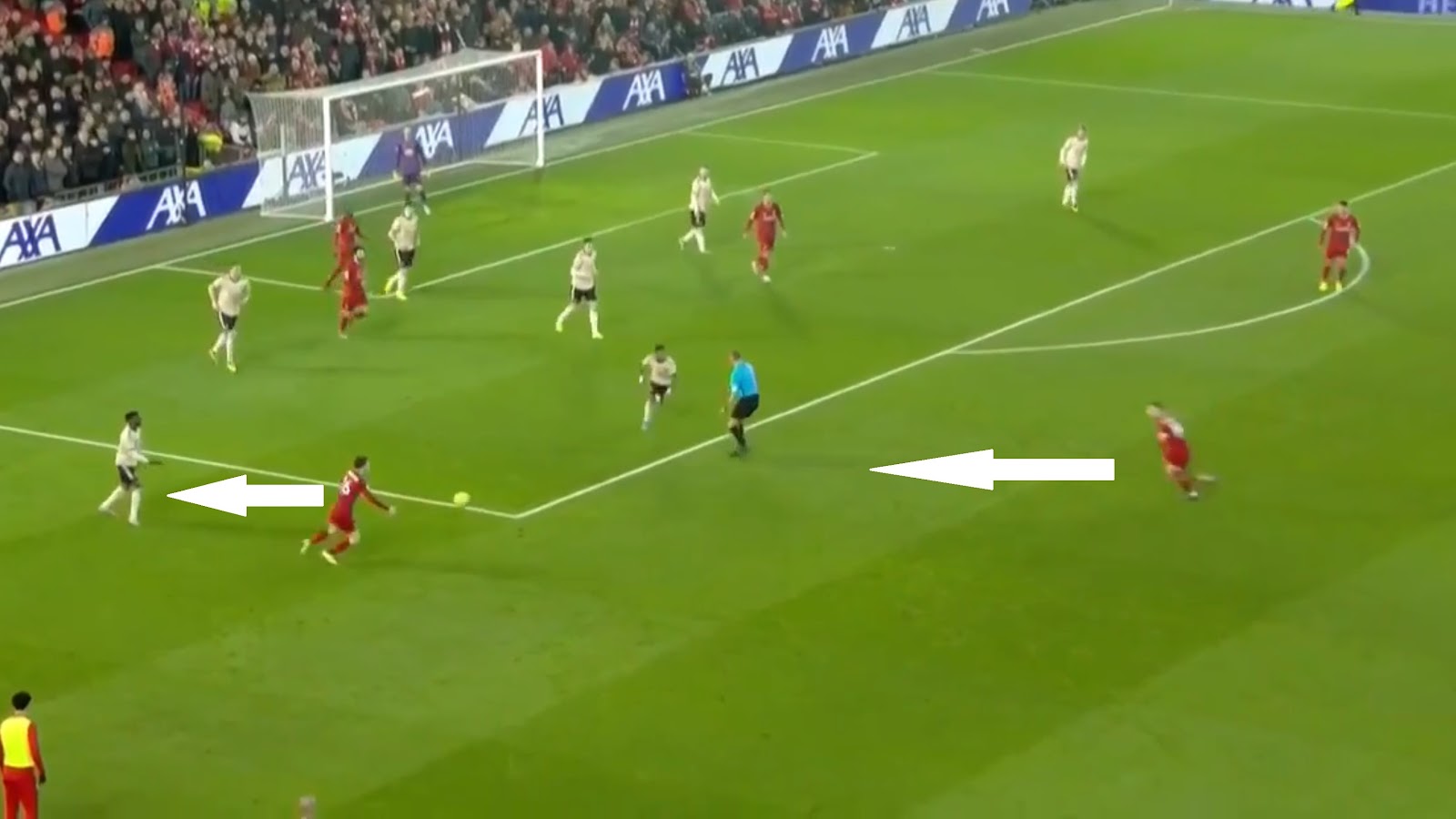 Atletico aren't on top form and could be without key players like Kieran Trippier and Alvaro Morata. Without confidence and quality, they may struggle to play their best football against a machine-like Liverpool side who just don't know what it means to lose.

Liverpool should generally dominate possession and, thanks to their counter-pressing, control the territory. There may well be long spells where Atletico can't even get out of their own half. And, as good a defending team as they are, they will find it almost impossible to keep out Salah, Mane and Roberto Firmino over two legs.