I should have stuck to my exact words that I wouldn't believe the takeover would happen until I saw the new owners standing in front of St. James' Park and I was proved right on that one. But I think I got sucked in that this deal was done, just as every other Newcastle fan did.

Because what had happened, which never happened previously, was that MIke Ashley had actually accepted a bid. He had taken a non-refundable deposit so he was happy with that. So we all thought that was the main barrier broken and that it would be a matter of time. But unfortunately it dragged on over 17, 18 weeks and there must have been issues and obviously they've pulled out.

There is talk back in the UK that the Reuben Brothers and Amanda Staveley would like to resurrect the deal. Mike Ashley, through Lee Charnley, has said he would to still be open to the deal happening. So there is a little glimmer. At the moment there is a lot of despair around Newcastle because the fans had their hopes built up on what could be in front of them and set up for the future, but unfortunately that has been taken away.

If Staveley was correct about other teams not wanting the takeover to happen, then that's very, very disappointing.

I've always been somebody who believes in just looking after your own club. Let everybody get on with their own business. But it seems like a common theme today as Manchester City have accused certain other Premier League clubs of getting involved in their case as well. It seems that the clubs in the Premier League, with the power that they have are using it for various different things now. They are getting involved with other football clubs issues.

It's never been the way I've looked at doing things, I've always just believed in doing things right for your club and let all other clubs crack on with what they need to do. But, with the money that is involved and the power these clubs have, it means they are getting involved in other situations with other football clubs.

I'd be extremely disappointed if it was one of the reasons why it took so long. You just wonder what their agenda is if that is the case. You wonder if they are fearful about how quickly Newcastle could they become a powerful club in the Premier League with the finances they could've been getting from a new ownership.

Without a doubt Steve Bruce needs a striker. Someone with Premier League experience who has scored goals at that level on a regular basis. When I'm talking like that I'm talking about someone like Callum Wilson.

I think he would be an excellent signing but obviously he's not going to come cheap. Bournemouth are a financially strong football club and certainly won't be letting one of their prized assets leave for cheap money. And that would mean - with the exception of the Joelinton deal - Mike would have to do something that he hasn't really done in many previous windows and that is up the money. 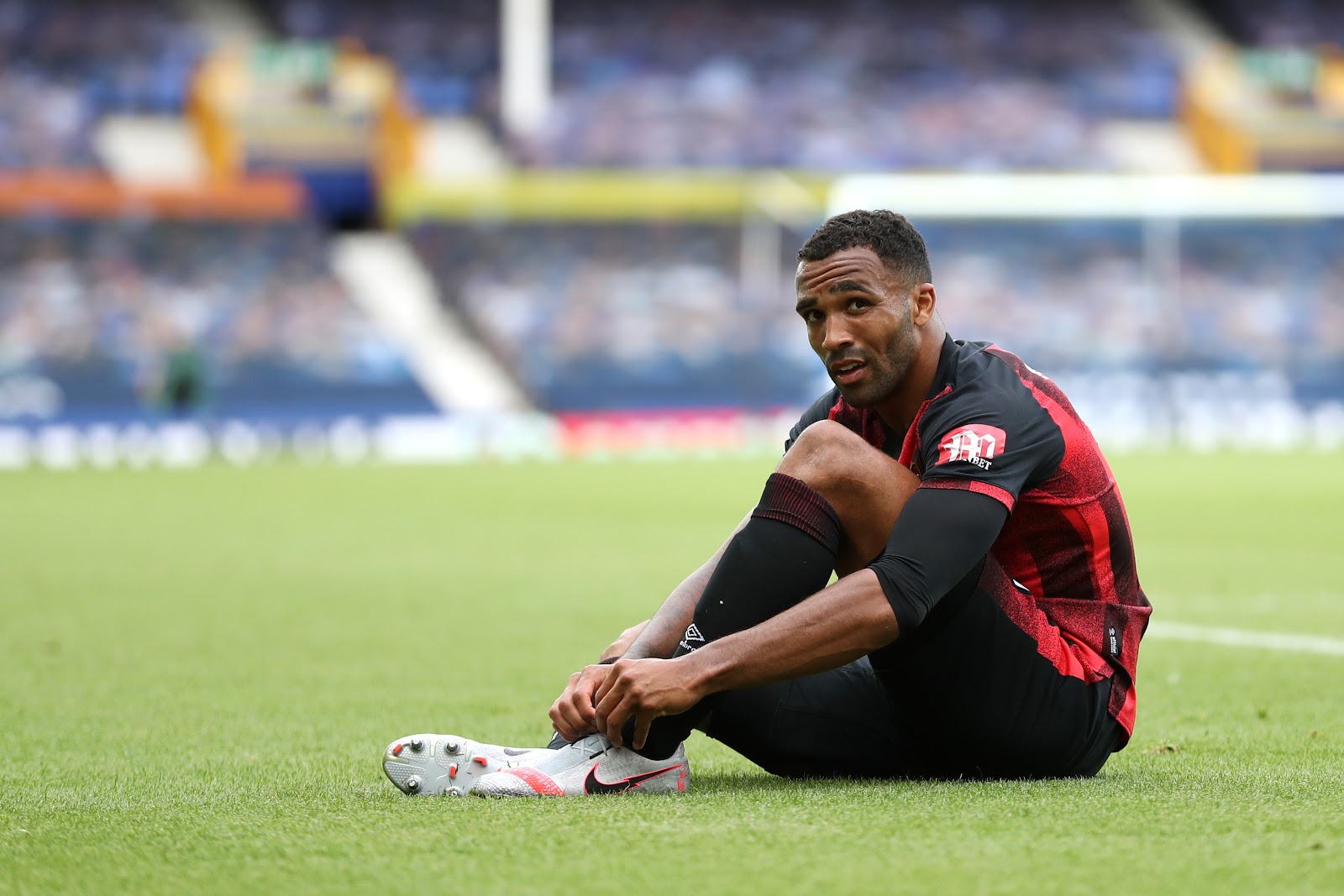 Bournemouth striker Callum Wilson has been linked with Newcastle

First of all I was delighted with Fulham's win. I've been really impressed by them this season once again. It was always going to be tough because Brentford are an excellent team, and then you throw the west London derby factor into the mix.

I was a bit nervous before the game but I thought Scott's tactical plan was excellent. He wanted to stop the front-three of Brentford being a threat which I felt they did for the majority of the game. I spoke to him the morning after the game just to congratulate him, as he's an ex-teammate of mine. It's fantastic for such a great club. I've spoken many times in this column about what I think about Fulham.

Now looking towards next season, Fulham obviously need to do things differently to stop a repeat of what happened two seasons ago.

And looking from afar, the new players seemed to cause a bit of a divide in the dressing room. You had players who had done fantastically well getting the club promoted who were now being pushed aside when the news signings came in and they didn't really make a contribution.

I think Scott also witnessed this happening when he took over towards the end of that campaign. I could see the pain he was under as the team wasn't performing in the way he wanted them too. He obviously changed things around for this season and he was very successful.

He'll be looking at not having to spend crazy amounts of money but bringing the right players, but the main thing is the right characters. The dressing room looks very strong, the celebrations they had together after the game between the staff and players was fantastic, there seems to be a real spirit. And they need to keep that because it is going to be tough for them.

It always is tough for the teams coming up to the Premier League. It's not always about money. Look at Aston Villa, they spent lots of money and survived by the skin of their teeth. Fans are always demanding spend, spend, spend but you got to spend it wisely, you've got to spend it right. And Fulham didn't do that last time. They just went gung-ho I felt. There didn't seem to be a lot of organisation in there signings. But I think Scott will do that. He will bide his time. He will give the players who have done brilliantly for him an opportunity in the Premier League.

Those players who were there last time will be stronger for the experience as well. They'll know what's happening, they'll know what's coming. So they'll not be two months into the season and the players are just realising what's going on. I think they will be fine. The club is on a bit of a high and I think they are going to do things in the right way. It was a harsh lesson two years ago but I think they've learned from it, which is the most important thing. Even on your downs you've got to learn from those mistakes and I think the club and certainly Scott will do that and make the right decisions. The decision to sake Danny Cowley, whether it was right or wrong, just seemed the timing was a bit strange.

The chairman came out and said he wasn't looking for any other applicants so he obviously had Danny's replacement lined-up. It must have been something they were thinking about before Danny got the results to keep them in the Championship.

As far as Huddersfield's aspirations go, I think every club in the Championship wants to get promoted. But the reality is to get those type of players usually costs a bit of money. And whether Huddersfield are in that financial position, I'm not sure. They'll want to have a strong season. They've brought in Carlos Corberán who has worked closely with Bielsa so he'll have a lot of his ideas. And I hope it's another David Wagner effect that will galvanise the club.

The big thing for Huddersfield during these COVID-19 times is that they really need their fans in the crowd. They are one of the clubs where their fans play such a big role in what they do. When they've got to play behind closed doors I'd imagine it's a difficult task, because when the fans are rocking and getting behind the team it is a fantastic place to be. That has been a big issue for Huddersfield, they really need to get their fans back as quickly and safely as possible for them to make their home stadium a fortress again. 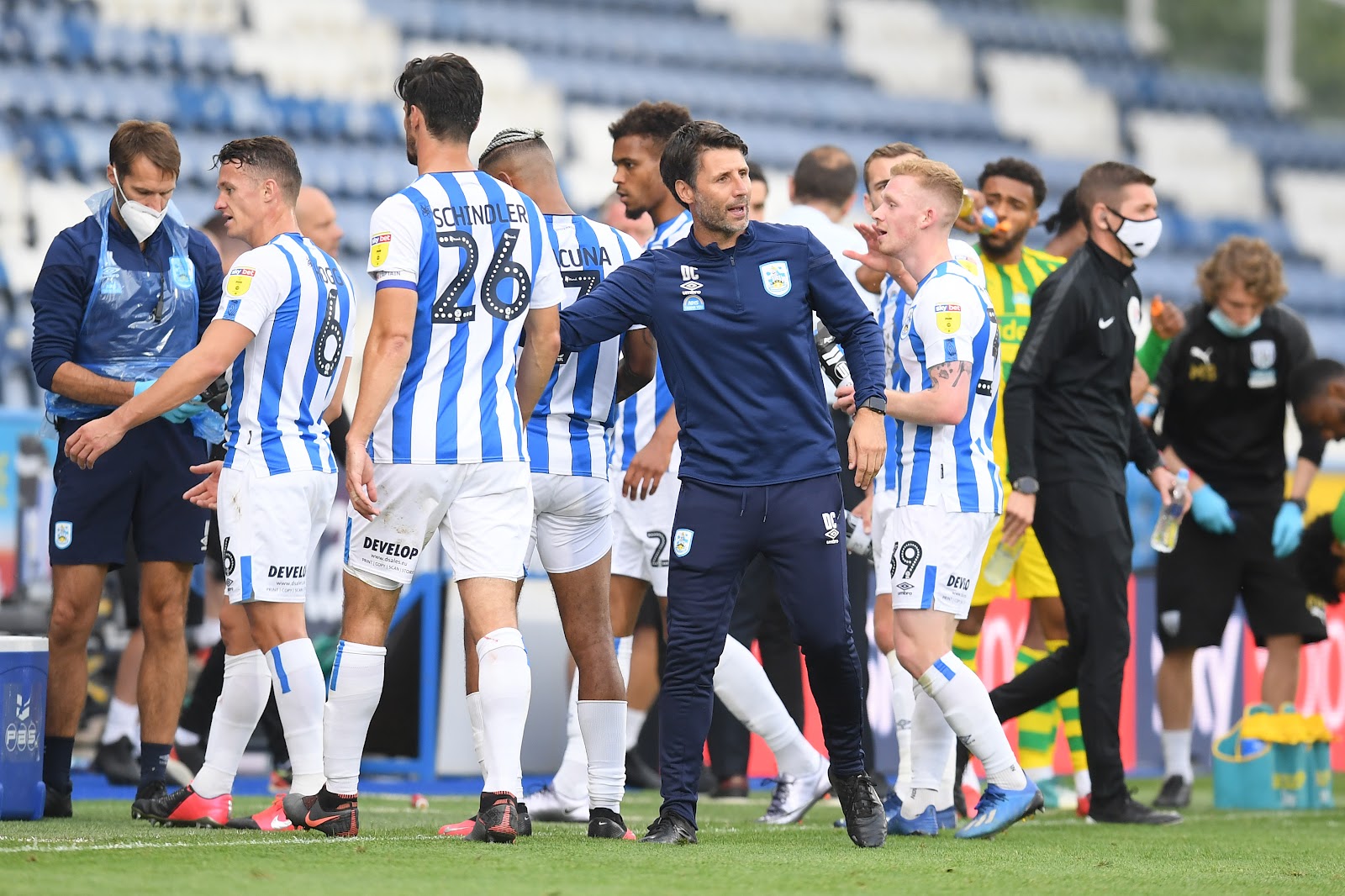 Danny Cowley in his last game in charge of Huddersfield

I know the Newcastle Blue Star chairman, Stephen Best, really well and he asked if I would like to be involved at the club.

It's a new club, it was only re-formed in 2018. They are currently developing the first-team stadium, the training facilities and setting up the academy. So I'm going to be overseeing all those type of things. Looking over the academy from the youngest team at under 5's all the way up to the under 23's, organising coaching seminars for different age groups, also looking at bringing in sponsorship for the stadium and the first-team to help the club grow and give it a bigger profile.

The chairman and the club have huge ambitions and they are backing it. They are guys are from the area where the club is now, they want to give a bit back to the community and they've got great ideas and great thoughts. It is something different for me and it gives me a bit of experience doing different things so I thought it was a worthwhile opportunity.

What made it the most appealing thing was the real ambition of the people in charge. People may laugh but they have ambitions to reach the Football League. That's what they are doing with the ground. They are getting it Football League ready right now, they are not doing it in stages. So if the club was to ever get to that level the stadium would match the criteria.

There is a huge gap now between where the club is now and the Football League, but they've seen other clubs do it. They've seen Salford do it. A local club to us, South Shields, who if COVID-19 hadn't hit, would have been in National League North next season. And South Shields looked very low down the pyramid when their owner took over. So if you've got the ambition and foresight and there's an opportunity, why not aim for the stars and give it a go?