Samuel Chukwueze can secure a move to a bigger club by performing for Nigeria at the African Cup of Nations in 2022.

That is according to Super Eagles legendary winger Tijani Babangida.

The 22-year-old has established himself as one of the world's brightest young talents playing in La Liga with Villarreal.

Chukwueze has made over 110 appearances in three seasons in Spain, and helped Villarreal win the Europa League final over Manchester United this past campaign.

A left-footed who plays on the right wing, Chukwueze's frightening pace and nifty footwork has made him a nightmare proposition for opposition fullbacks. 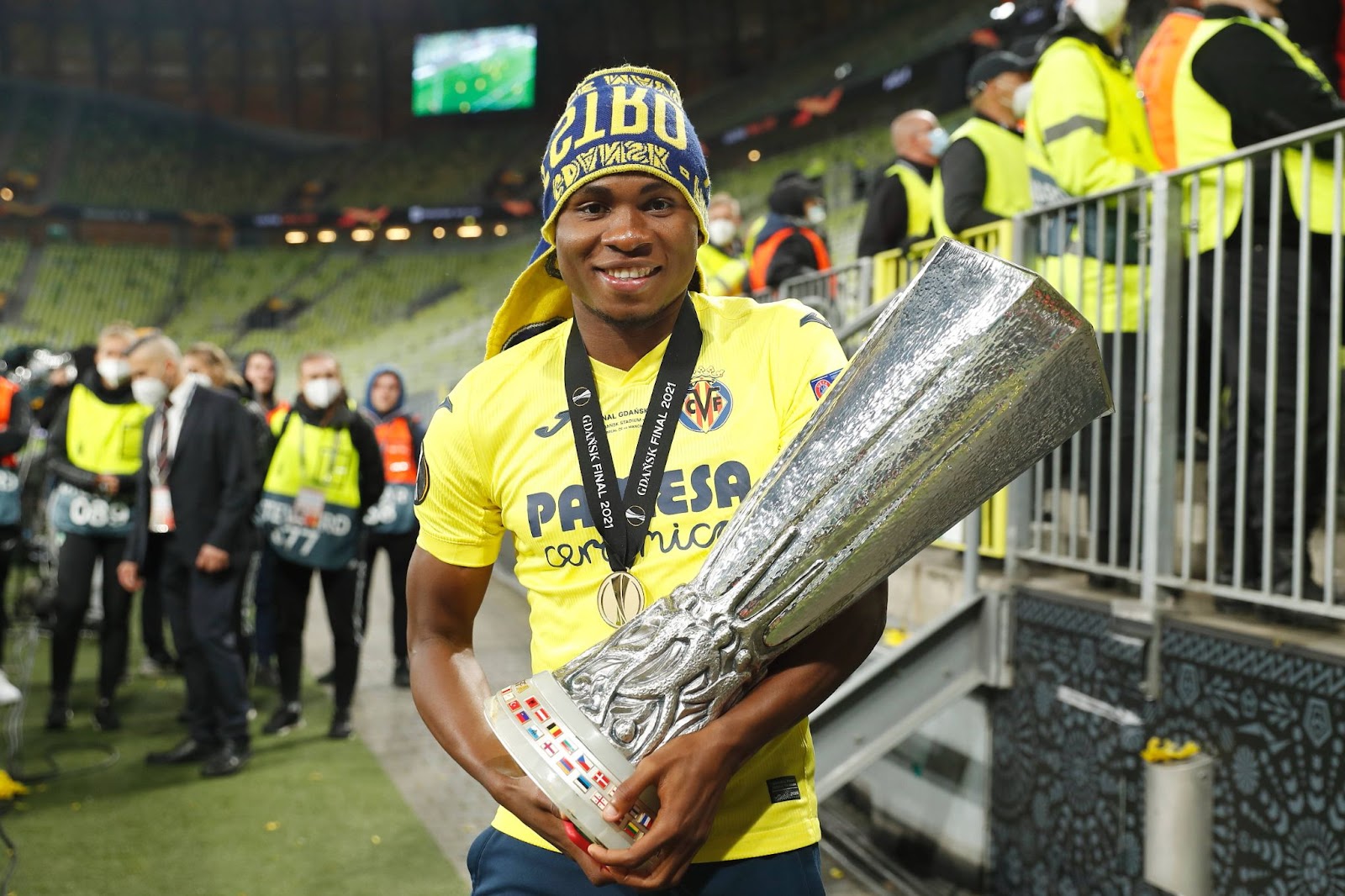 Chukwueze was sensational for Villarreal in their Europa League run

His unique ability has attracted the likes of Chelsea, Liverpool, Arsenal and Manchester City.

And Babangida, who spent five years at Ajax, believes the sky's the limit for Chukwueze.

"I believe that Samuel Chukwueze is a very talented player and still very young," he told TribalFootball.com.

"If you see the way he plays, you will see that the sky can only be his limit. I hope he remains very fit, without injuries so that he can continue to do well at Villareal or possibly move to a bigger club."

Babangida believes a stellar performance for Nigeria at AFCON, due to start in January 2022, could be just what Chukwueze needs to take the next step in his promising career.

He added: "The AFCON is coming up in Cameroon and if he continues to perform well for club and country, I think Chukwueze is likely to move to a bigger club and he has the quality to play in England."