West Ham United needed that international break more than anyone else. Four defeats in their last six games had given the impression of a side finally feeling the effects of the Thursday-Sunday schedule, but two weeks off ought to be long enough to restore depleted energy reserves as they gear up for a huge six weeks. Their campaign could yet end in Champions League qualification.

The domestic route is out of sight now. Arsenal are six points ahead with two games in hand. But following their brilliant 2-0 win over Sevilla at the London Stadium West Ham supporters look to be in a strong position in the Europa League, starting with a quarter-final tie against Lyon. The tactical system David Moyes has put in place – simple, old-school, but versatile – is just the right approach for European knock-out games, and may even be enough to usurp Manchester United in the top six.

West Ham's basic approach is something of an outlier in the Premier League. They are happy sitting deep in most matches and have little interest either in pressing high up the pitch or passing neatly through the lines. They have applied the fifth fewest pressures in the attacking third (858) in the Premier League this season and have a PPDA of 12.35, firmly in the top half of the Premier League table (indicating less pressing). They are also 12th for possession, averaging 46.8%. 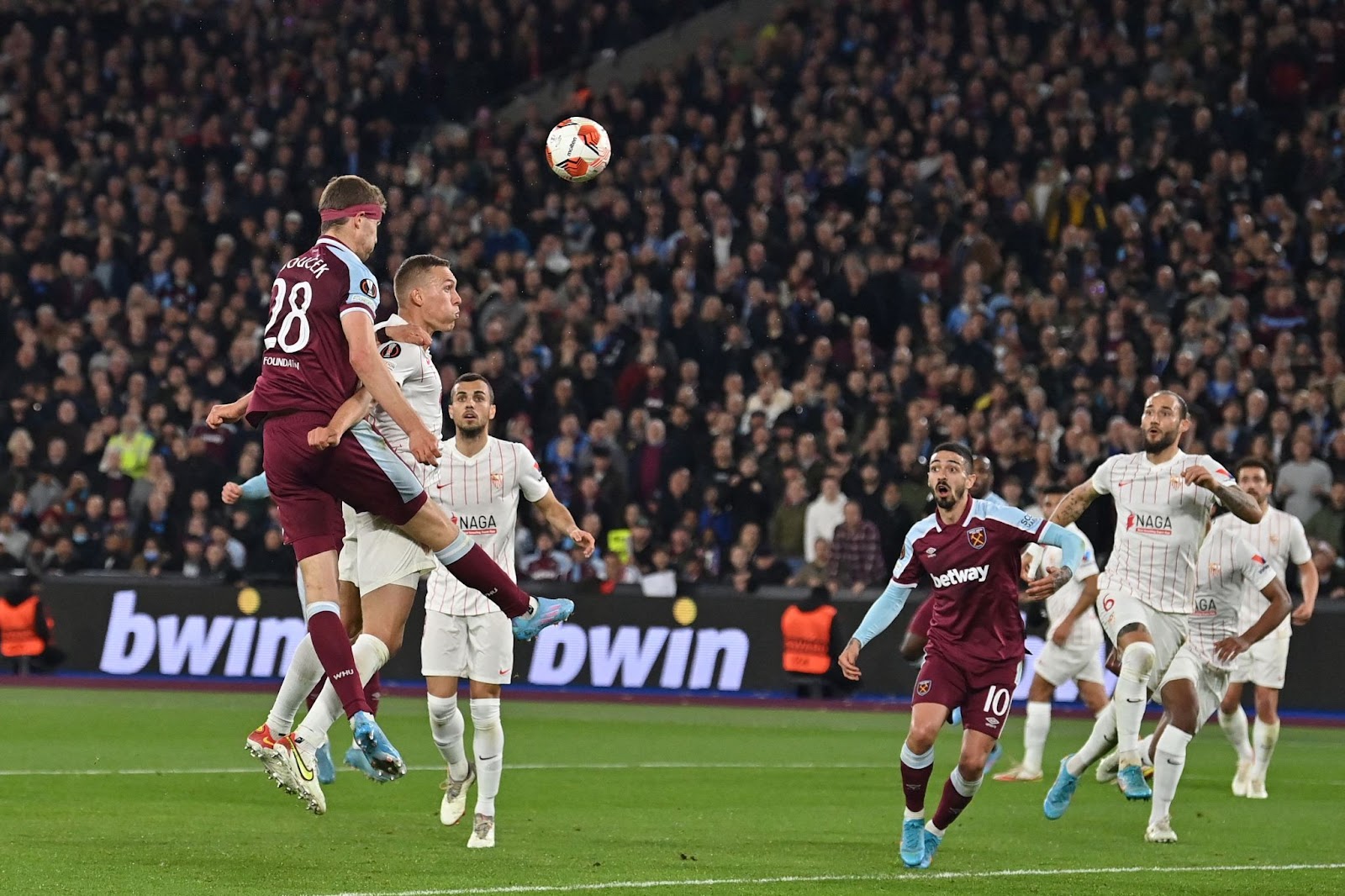 From this simple setup comes a simple, old-fashioned idea. West Ham's defensive sturdiness is the result of their low block, which draws the opposition forward to create counter-attacking opportunities for Michail Antonio and Jarrod Bowen. Even in their attacking play West Ham are from another era, ranking fourth for total crosses attempted (21.4 per match) and second for chances created from dead balls. The basic idea is to hit the ball into the channels on the break and win set-pieces, ready to swing the ball into the box and cause danger. They are, unsurprisingly, second in the table for set-piece goals scored (18).

However, it would be unfair to dismiss Moyes as an entirely old-school manager. For starters, West Ham are a lot more versatile than they look, switching between styles depending on the opposition – in keeping with Moyes' reputation as a reactive manager who spends most of his time focusing on how to negate opposition strengths.

For example, they were particularly defensive and counter-attacking in the 1-0 win over Wolves (holding just 39% possession) because Moyes knew his opponents preferred to have less of the ball, neutering Bruno Lage's transitional threat, whereas in the 2-0 win over Norwich City they asserted their dominance (holding 61% possession) to shut down Dean Smith's patient build-up play. 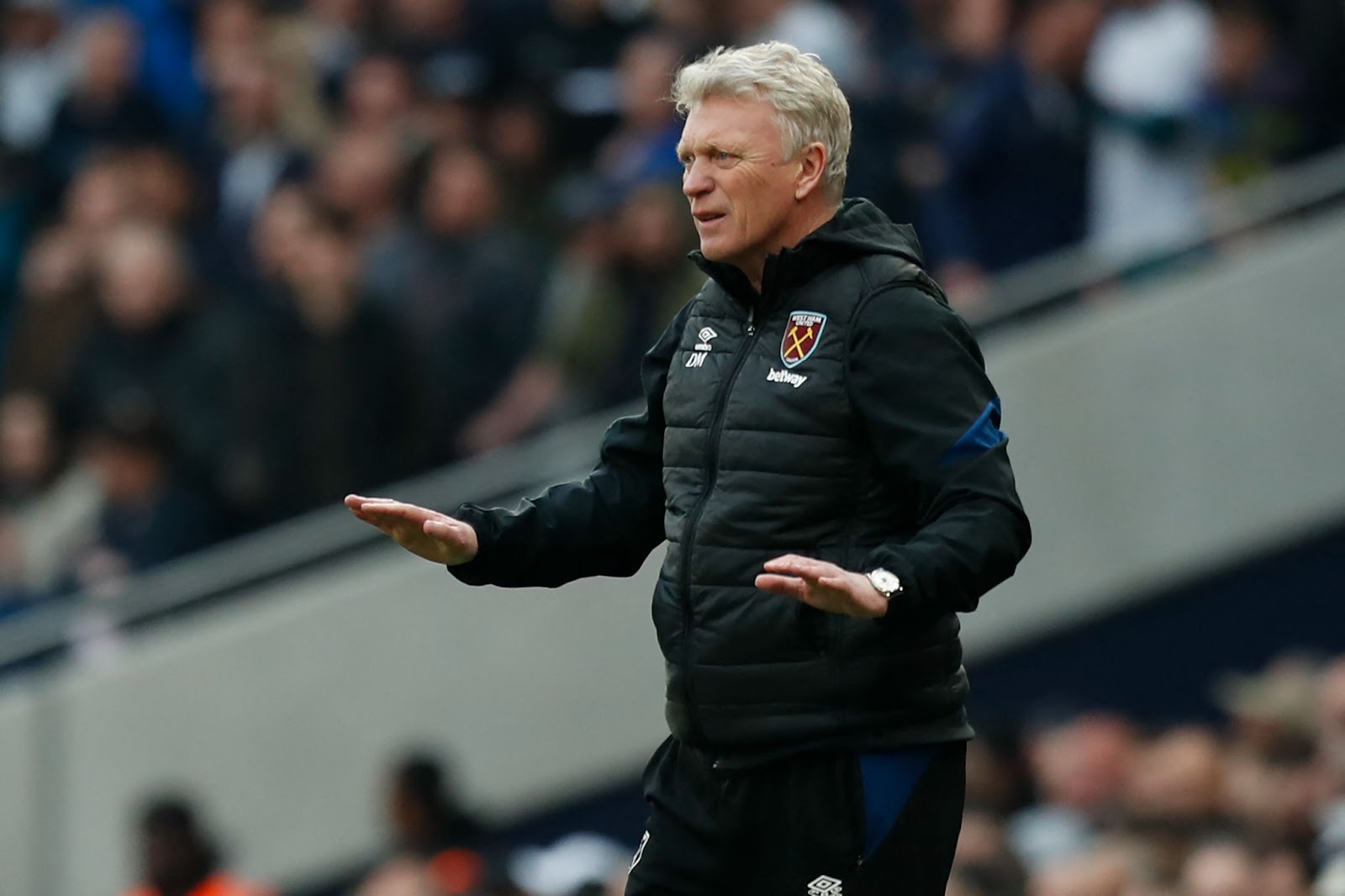 Moyes has proved his critics wrong with the Hammers

What's more, West Ham have opened up somewhat compared to last season. They have improved on their average possession (up from 42.5% to 46.8%), possessions won in the final third (up from 3.57 to 4.38 per game), and chances created in open play (up from 7.4 to 9.4 per game). This is a team becoming more expansive as confidence grows, and that is in no small part thanks to the changing of their fulcrum, Declan Rice.

Rice is now arguably one of the best midfielders in the world. His defensive qualities have been exceptional for quite some time, and along with Tomas Soucek he creates an incredibly effective midfield partnership that slows down opponents and helps West Ham keep such a strong defensive record. But Rice's on-the-ball qualities are now leading, too, with the England international among the Premier League's best carriers through the lines. He sews everything together, generally being the man to charge forward and ignite the counter-attack. 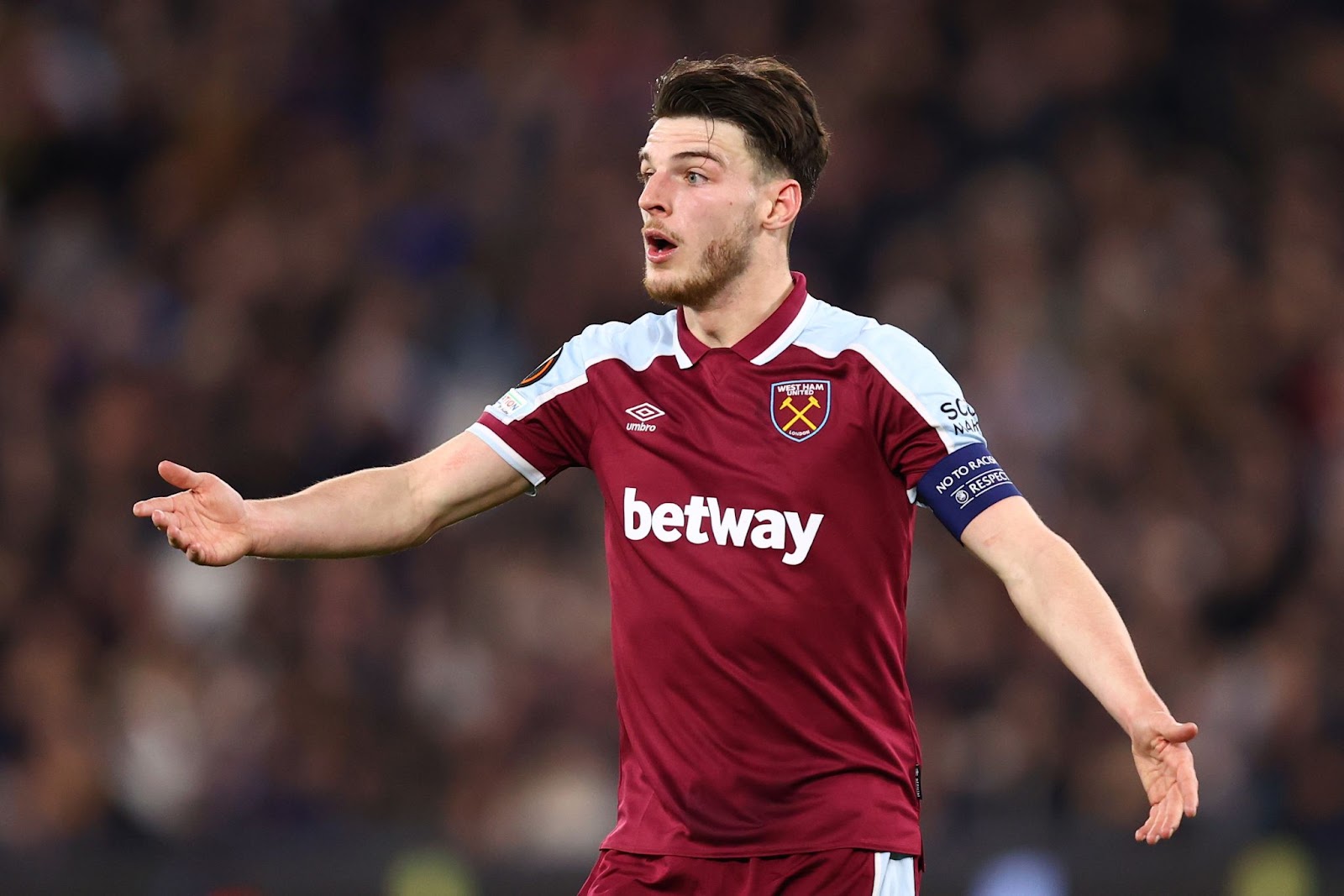 Rice leading his teammates against Sevilla

Which brings us onto Jarrod Bowen, the breakout star of the campaign with eight goals and eight assists to his name in the Premier League. Bowen's intelligence coming off the wing to link Rice with Antonio has been vital in turning West Ham from a purely counter-attacking team to one capable of playing a bit more adventurously.

Now back from injury in time for the run-in, Bowen is the key player if West Ham are to win the Europa League – especially with Antonio having dipped significantly of late, scoring just once in his last 14 games. West Ham could really do with another flurry of goals from the 32-year-old, but that looks unlikely.

Nevertheless Lyon are beatable and West Ham have nobody to fear in Europe. The French side are struggling in ninth in Ligue Un, enduring a difficult year and only making the last eight due to an easy group stage and being drawn against a below-par Porto in the last round. Lyon lack a coherent identity at the moment and should be dispatched by such a focused and well-organised West Ham side. 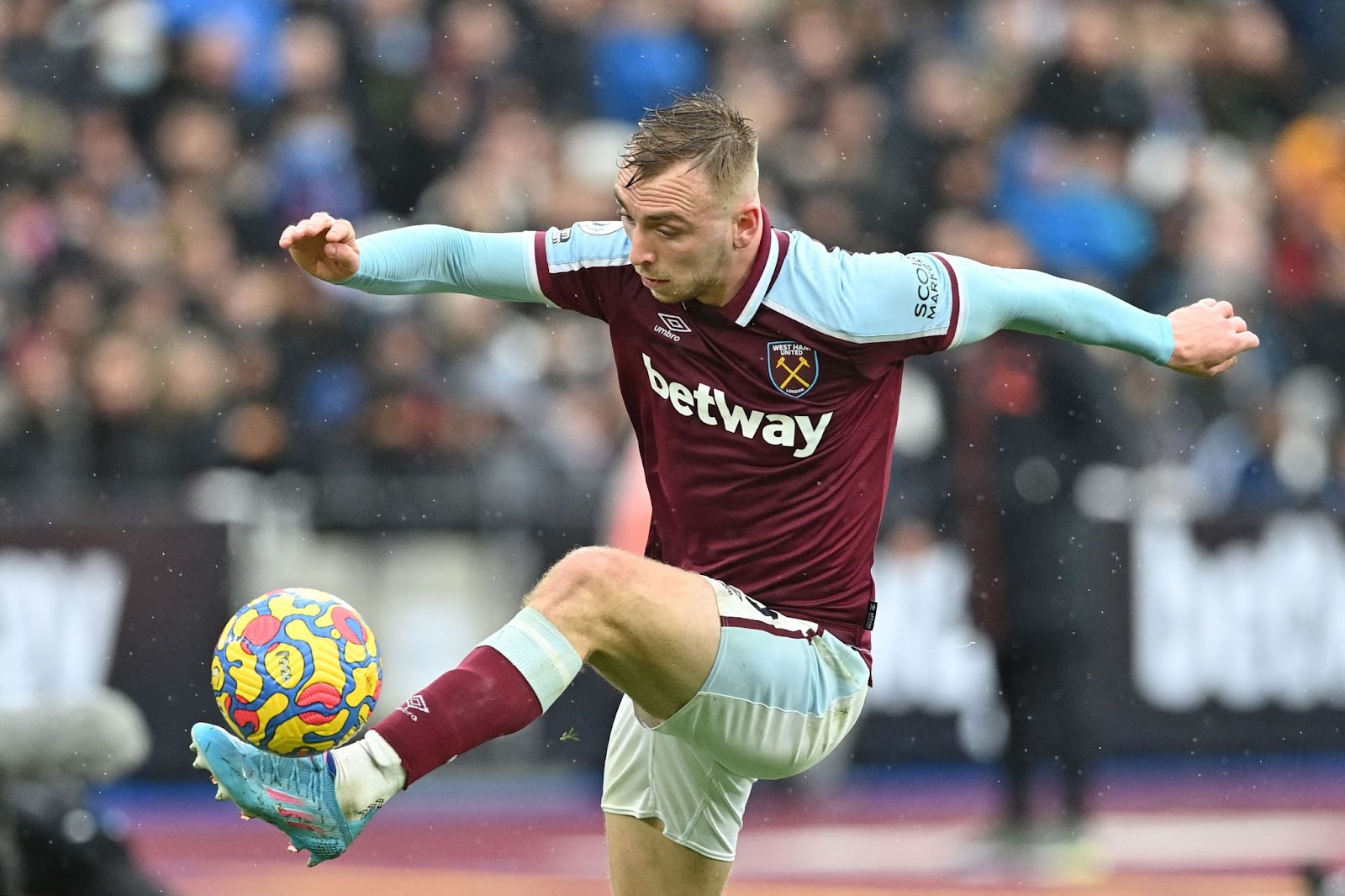 West Ham need Bowen for the pointy end of the season

Up next would be Barcelona, which is a significant stumbling block considering their revival under Xavi over the first few months of 2022. Their 4-0 win over Real Madrid before the international break was a serious statement, and evidence that Barca are on their way back to the top - although that does not rule out an upset. Barcelona have consistently been held this season by the most defensive teams, whose backs-to-the-wall approach sees Xavi's possession football slowed right down.

Clearly to knock Barcelona out of the Europa League would be one of the greatest achievements in West Ham's history. It is unlikely to happen, and yet the very fact the idea can be entertained is evidence of what a spectacular job Moyes is doing at the London Stadium. Going against the grain with a defence-first strategy and simple lines of attack, West Ham are a bold and unusual force. It would be unwise to bet against them.