Varane commits his best years to Man Utd: Why it's on teammates & manager not to let him down

COMMENT: They don't dance at Real Madrid. The players barely even socialise. Instead they win. And they do so consistently. This is what Raphael Varane has left. Question is: are Manchester United capable of meeting their new centre-half at least halfway...?

There's no hard sell with this one. No need to dress things up. The trophies. His age. It all speaks for itself. As a signing, Manchester United have pulled off one of their best pieces of transfer business in modern times. Indeed, this column would argue pound-for-pound Raphael Varane is the greatest signing made by United in living memory.

This can't be underplayed - and it shouldn't. A four-time Champions League winner. A World Cup title holder. A lynchpin of arguably the greatest Real Madrid team. And at 28 years of age, still with his best years ahead of him. Varane is bringing all that ability, experience and mentality to United. The Frenchman, with everything he has achieved, is now entrusting the very best years of his career to United's dressing room and coaching staff. As we said, the question has to be raised: are United up to it?

Will it be a culture shock? Those first training sessions. Those first impressions. Of teammates. Of staff. What will Varane be thinking after those first weeks once the honeymoon period is over? Regret? Satisfaction? It's wide open.

Varane arrives with huge expectations. And to be fair, he does have something to prove. The Frenchman long irritated by claims he could only perform when playing alongside his former captain at Real Madrid, Sergio Ramos. It's a criticism he is determined to silence, only this year, snapping back at one reporter: "I also make Ramos better..."

For United, the benefits are obvious. Ole Gunnar Solskjaer has already spoken about the centre-half's addition allowing him to play a different style of football, "I can see different ways of playing with Raphael". A transformative signing if ever there was one. United's manager is getting Varane at the very height of his powers, "Sir Alex (Ferguson) was very close to signing him. This time around, we've got him at the other end of his career. 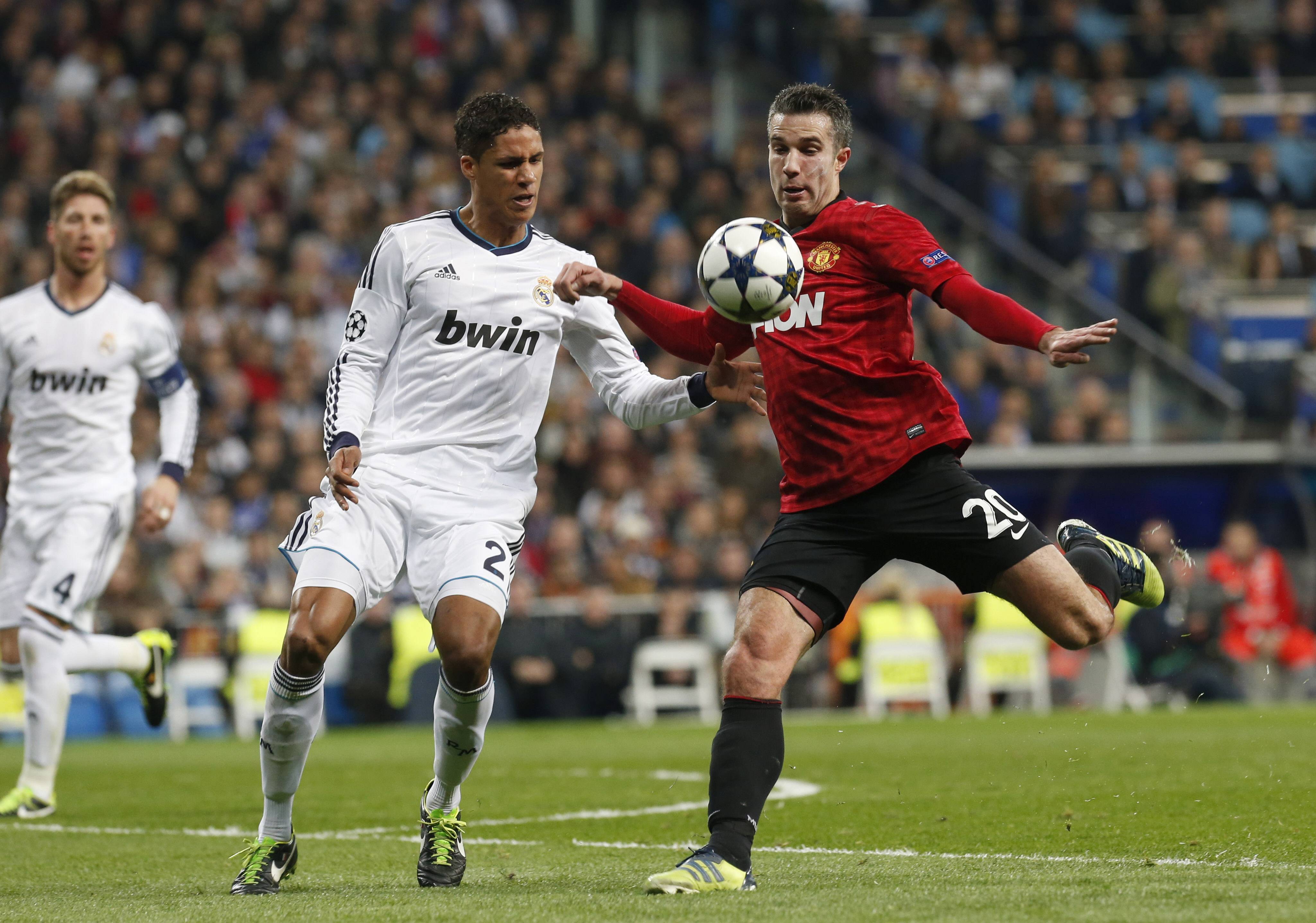 Varane against United and Robin van Persie eight years ago

But this cuts both ways. Varane will transform United's starting XI. He will lift the quality by multiples. By how much, however, will be dependent on those around him. Their approach. Their professionalism. Their willingness to work the one percenters. Everything that has seen United fall short under Solskjaer. Will the penny drop for United's underachievers now that Varane is sharing their dressing room?

We've mentioned this in a previous column, but it's as good an indicator of where this squad is as anything available. Edinson Cavani and the praise that was showered upon him last season for his attitude and energy in training. Whether it be teammates, staff or his manager, Cavani was regularly highlighted for his work on the Carrington pitches. At 34, the Uruguayan set an example for attitude and work ethic - day-in, day-out. But as positive as this is, it also exposes the approach and mindset of United's squad before Cavani's arrival a year ago. Such a point of difference. Such a contrast to the norm. And all made by a 34 year-old veteran. It's ridiculous for a club of United's status - and strikes at the heart of what has held this team back.

Varane leaves Real Madrid and the training centre at Valdebebas to make a new home at the Carrington complex. At Valdebebas it was business. Football business. You train. You compete. You win. That's what he was at Real Madrid to do. Nothing more. Nothing less. The academy at Valdebebas is dubbed 'La Fabrica', 'The Factory', and it's moniker which can be applied right through the Real Madrid system.

But these questions aren't just there for Varane's new teammates to answer. What of the manager? The board? Again, Varane has committed his best years to them. To their promises. To the assurances of their ambition. At 28, the Frenchman hasn't signed for United to hang around and wait for Mason Greenwood to mature. Or for Anthony Martial to find consistency. That wasn't in the deal. He'll be expecting Solskjaer to solve his striker problem. Not in a year's time. But now. Immediately.

United can't expect to compete for titles with their current attack. Particularly with Marcus Rashford now ruled out until October due to scheduled shoulder surgery. It's difficult to believe Varane would happily sign up without assurances from the board that Solskjaer's attack will be improved. With a month of the market still to run, United will be seeking a new No9. In the meantime, for the players, the challenge has been set. For their new teammate. A new teammate with 18 major winners' medals in his trophy cabinet. Can they lift their own approach to assure Varane that he's made the right call?

Just a fortnight ago, a tale from former United captain Wayne Rooney, now in charge of Derby County, deserved greater scrutiny. Recalling the aftermath of one defeat in season 2016/17, Rooney revealed: "I do remember one time, coming into training at United the day after a defeat, still feeling very annoyed and walking into the dressing room with Michael Carrick.

"We found Jesse and Paul dancing in there with the music on. I went over, turned it off and took the speakers out of the dressing room — because that's my mindset, that's how I've grown up in football."

That was five years ago. A period which saw Varane lift 11 major trophies at Real Madrid. You don't see the players dancing at Valdebebas.