Trailblazer Tomori: Why shunned trio need to follow his lead and find their own AC Milan

COMMENT: Six months ago, he was the one being left behind. An after-thought. Forgotten. But today? Well, today Fikayo Tomori is the trailblazer. And the one his peers at Chelsea need to be following...

He's cutting ties. 16 years a Chelsea player. An example, another great example, of the coaching Chelsea's academy boasts. But it'll be AC Milan which will now benefit, not the Blues. Six months to prove himself was enough for the England cap. Milan will trigger the permanent option in Tomori's loan deal and sign him long-term.

It's the option he wanted going into this move. Milan wasn't a stopover. Somewhere to sit with the aim of returning to London. Tomori backed himself. From the moment he chose to confront Frank Lampard at the then manager's Cobham office; to his first days at Milanello organising Italian language lessons; to finally now agreeing with Rossonero directors that remaining with them would be best for his career. This has been all about courage. Self-belief. And that willingness to back himself and jump into the unknown.

And it's a trail those Tomori has left behind should be readying themselves to follow. The centre-half, at 23, now has a career to build. Roots to put down. And a club to buy into and represent.

No more loans. No more half measures. Tomori is all-in with AC Milan. And for his former academy pals, they'd do well to follow his lead.

On talent. At least on paper. Chelsea's academy should be dominating this England Euros squad. Mason Mount is there. Reece James too. But Tammy Abraham, Callum Hudson-Odoi and Ruben Loftus-Cheek all know they've missed an opportunity this season.

To be fair, Loftus-Cheek did get out. But Fulham was never going to be a long-term option. Loftus-Cheek is a top six player. A top four at his best. But the only way he'll get there is by a run of consistent form, playing for a manager who signed him and believes in his long-term prospects. 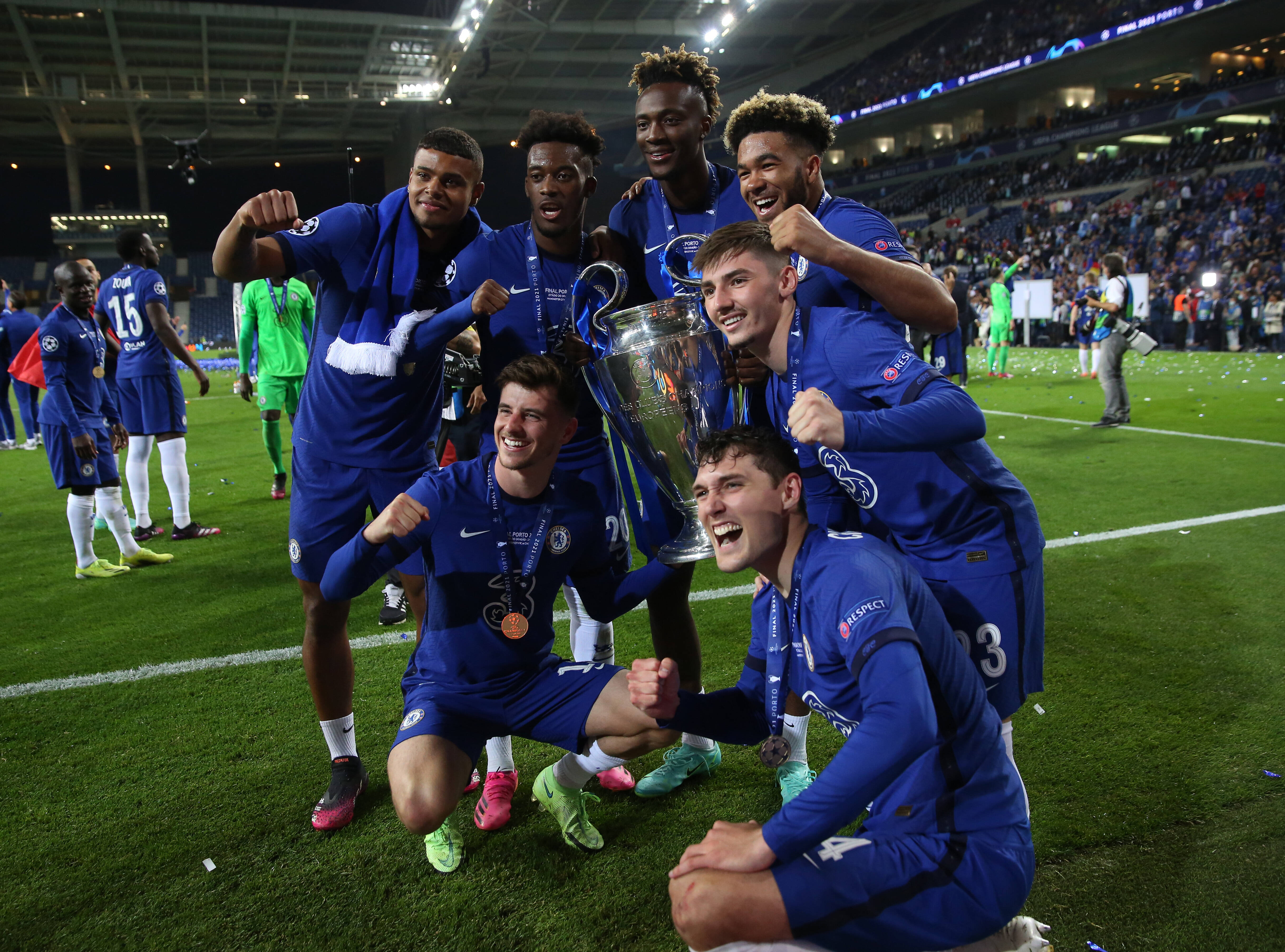 Loftus-Cheek will turn 26 next season. A talent unfulfilled? Not yet. But he's no kid leaning on 'what could be'. Instead, he's now entering the career stages of 'what could've been'. We've spoken about this before here, but this summer is it for Ruben Loftus-Cheek. He needs to follow Tomori's lead. Whether it's his gaffer Thomas Tuchel, or the managing director Marina Granovskaia, Loftus-Cheek needs to look one or both in the eye and demand a transfer.

They'll try to talk him out of it, particularly Tuchel. Lampard attempted the same with Tomori. No manager wants to lose talented players. They want as many available to them as possible. But Loftus-Cheek must know, he's never going to be all he can be with this bit-part moniker he's been slapped with.

Such thoughts and planning should also be on the agenda for the minders of Hudson-Odoi and Abraham. The latest regarding the former is a revival of interest from Bayern Munich and their sporting director Hasan Salihamidzic. Brazzo has never hidden his admiration for Hudson-Odoi and knowing his lack of minutes under Tuchel, he's spied a chance to renew a pursuit that came so close to success two years ago.

But from England we're hearing that Hudson-Odoi isn't interested. Indeed, he still sees himself having a healthy future as a Chelsea player...

That may've been the case under Lampard. But Tuchel? No chance. For the type of player Hudson-Odoi is, there's just no room in the German's system for the winger. Indeed, those close to the player should be pointing out Chelsea's interest in the Inter Milan wing-back Achraf Hakimi. This is the type of wide player Tuchel likes to count on. He likes a fullback who can get forward - not the other way around. In terms of a future with Chelsea, this move for Hakimi really is the writing on the wall for Hudson-Odoi.

For Abraham, reality appears to have dawned on him. Again, under Lampard you could understand the England striker being prepared to stay and win back his manager's trust. But Tuchel has made it clear, absolutely crystal, that he doesn't regard Abraham as a frontline option.

Unlike Hudson-Odoi, it does seem the penny has dropped and his minders are now encouraging enquiries from home and abroad. This next move will be critical. But he need only call Tomori to learn of the rewards if he and his camp choose right.

Tomori now has a Champions League campaign to look forward to. One he was instrumental in securing. An achievement to not only win over a new fanbase, but also the admiration of some of Milan's greatest.

Franco Baresi has declared Tomori "a potential champion" and someone who "has shown no fear playing in a new league". Fabio Capello has insisted he'd have liked Tomori in his Milan teams "fantastic in recovery; I always wanted fast defenders". Pietro Vierchowod has told Tomori "if he starts scoring he'll become excellent". And the man who signed the player, Milan director Paolo Maldini, has never been short of praise or support.

"You feel his presence," Tomori says of the Rossonero great. "As much as I'm playing for myself and for the team and the manager, I want to impress him."

And this after only six months... would the equivalent had happened if Tomori chose to go with what he knew and remained in London? Of course not.

Tomori has blazed a trail for his old pals from Chelsea's academy. He's shown them there's life beyond Cobham's HQ. For those he's left behind. Before it is they whom become an afterthought. Abraham, Loftus-Cheek and Hudson-Odoi need to cut ties and find themselves their own AC Milan.