Sven Botman must choose between heart and money; Kalvin Philips, Manchester City on the horizon; Frenkie De Jong, the decisive days to define the future. Here are some of the main stories of the last few days of the transfer market fromTribalFootball's transfer expert Rudy Galetti.

A prolonged negotiation – more than 6 months – that is about to end positively. We are talking about the arrival of Noa Lang at AC Milan from Club Brugge.

The Rossoneri have been courting the left winger, who can also play as an attacking midfielder, for some time. Already in January contacts with the player's entourage were constant. Then, in March, the turning point. Noa Lang started looking for a house in Milan, commissioning the search to a real estate agency in the Lombard capital.

The role of Luca Antonini, former AC Milan player and intermediary in the negotiation, in the expected success of the deal was fundamental. He focused on the Club Brugge winger's transfer to Italy and, unless sensational twists, he'll hit the mark.

We are at the decisive stage. Milan and Noa Lang have reached an agreement based on a 5-year contract with a salary set at around €3M/season. The deal with Club Brugge can be closed for around 20 million euros and it's just a proforma.

Now there's only one missing piece: Milan's ownership has changed and Maldini has not (yet) received the green light to finalise the deal. As soon as he is approved, Lang will join the Rossoneri. Just a matter of time? Absolutely yes. 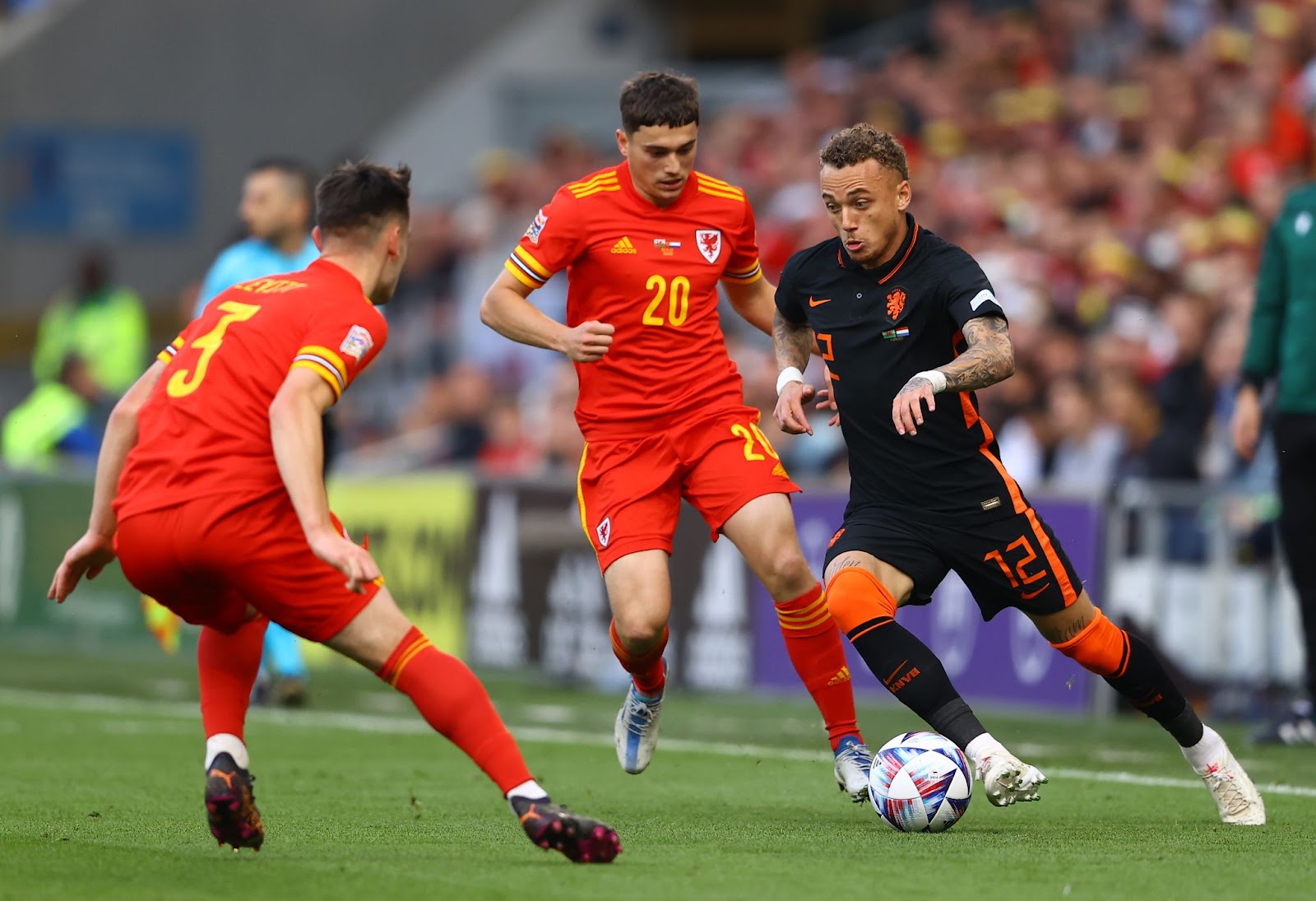 The next 10 days could be the crucial ones for Frenkie De Jong's move to Manchester United.

Barcelona need to make space in the players' wages to register the free agent transfers of Kessie and Christensen, and De Jong - already in April - had been identified as the player who could have been sacrificed, considering his gross base salary of €16 million per year.

Now it's all confirmed, even though Xavi would have liked the midfielder to stay at Barca (and the player as well), his sale is fundamental to restore (partially) the club's finances. The Manchester United board and Ten Hag have always considered the Dutch player one of the main targets and now the negotiation is speeding up.

Barça and Red Devils are closer than ever to reach an agreement for around € 80 million. And that's not all.

In the last few days, United have begun to discuss as well personal terms with the player. The will is to close the deal within 2 weeks. After 46 appearances during the last season, 4 goals and 5 assists, the Dutch midfielder is ready to take the legacy of Paul Pogba, Nemanja Matic and Juan Mata who have left Manchester United for good. 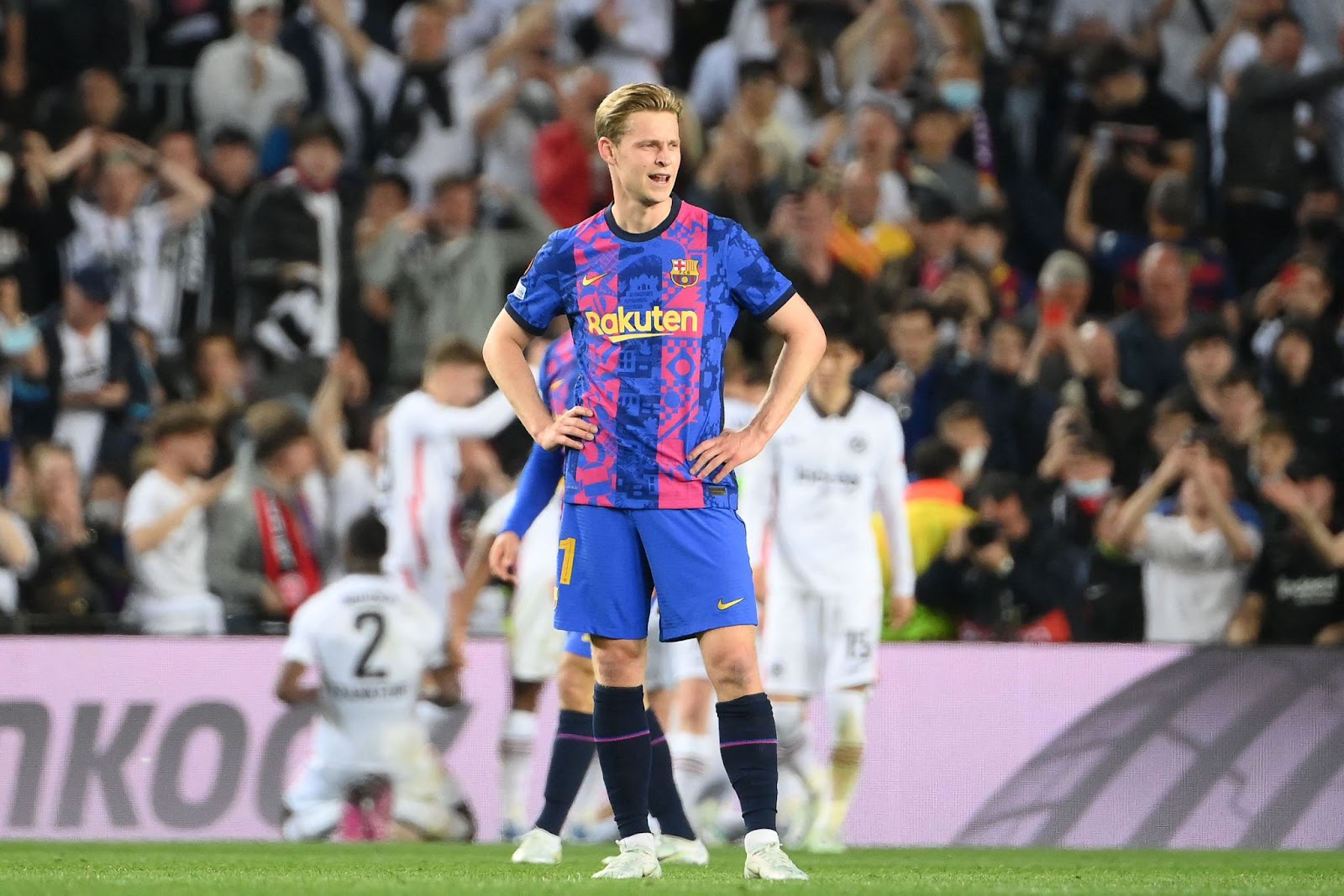 Botman, torn between heart and money

The Sven Botman's soap opera has been going on since the winter transfer market...

The Dutch defender is courted in Italy by AC Milan, and in England by Newcastle. The English team tried to buy him in January, but Lille refused the offer. At the time, Botman had released a statement that had many people displaced. He said: "Everyone says about Newcastle - it's all about money. But it's a very nice project, if you look at where Manchester City and PSG started. I think it would be very nice to be part of that."

A declaration of love? Maybe yes, but Botman and Maldini, in the same period, vowed to join their ways in the summer. So what happens now? Sven has on the table 2 proposals: that of AC Milan of €3M/year and that of the Magpies of €5M/season. The defender would choose the Rossoneri, who already reached an agreement with the owners of Lille (Merlyn Partners) for an amount equal to € 30 million.

What stands in the way of closing the deal is that President Letang's orders are to sell the centre-back to Newcastle United, to maximise revenues. "Everyone says about Newcastle - it's all about money?" Among these is certainly the President of Lille. 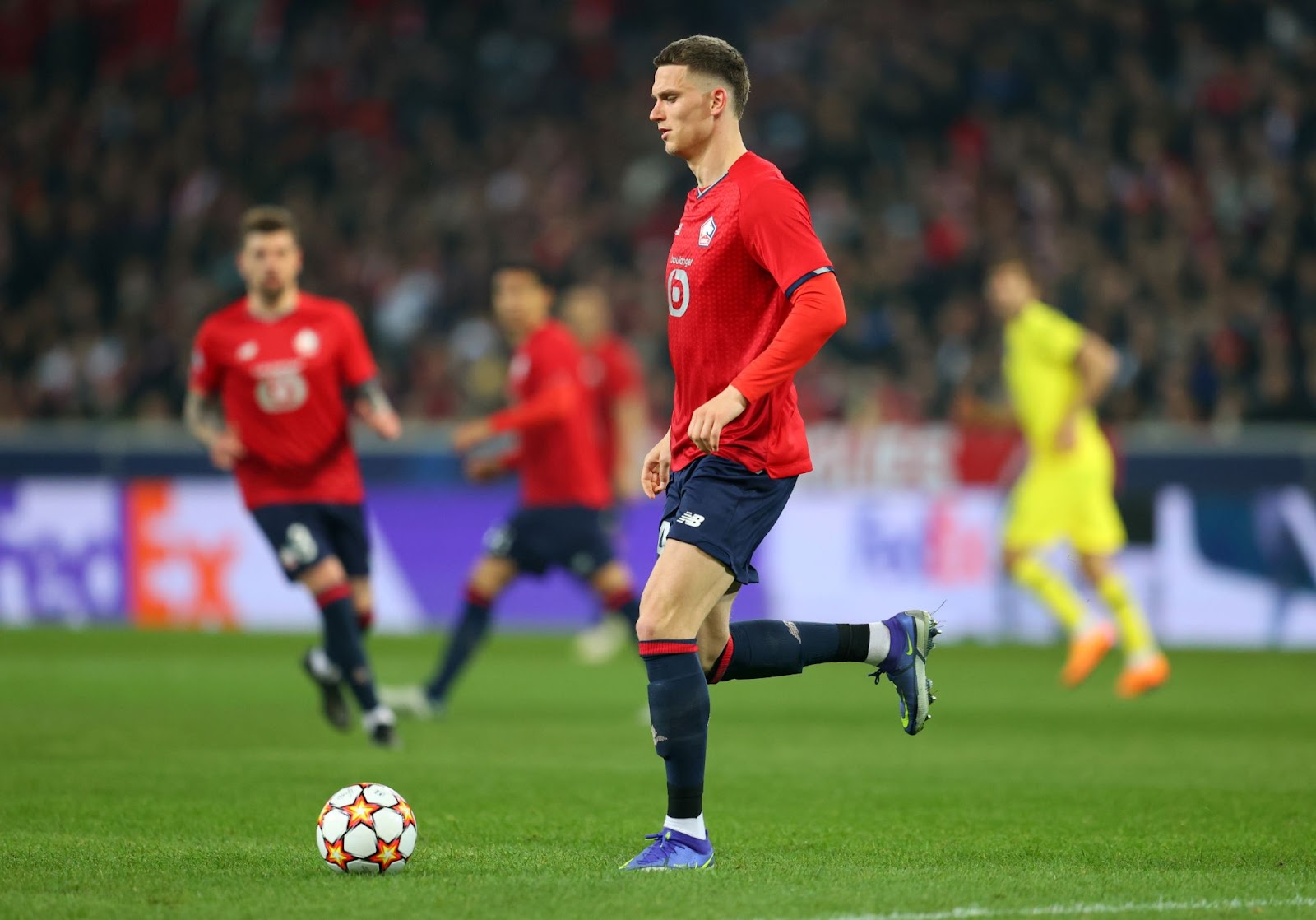 Kalvin Philips, who wants to be Citiziens?

The midfielder, on the list of many clubs, to date seems to be further and further away from Elland Road. Pep Guardiola, in fact, is looking for a new midfielder to replace Fernandinho, who can now be considered a former City player, and has identified Phillips as the worthy substitute.

The 26-year-old would like to make the leap to a big club, so the real interest of Aston Villa does not seem to bother the ongoing talks between Citizens and his current team. Manchester City are now leading the race and could be ready to formalise a consistent official offer.

The price requested by Leeds is approximately 70 million euros. An important figure which, however, doesn't scare Guardiola's team. Precisely the presence of the Spanish coach could be fundamental in the good resolution of the negotiation. The English player has always appreciated him and to join "his" City, he could also push with Leeds in letting him go unhindered.

The odds of "Yorkshire Pirlo" being a Manchester City player next season are really high right now. 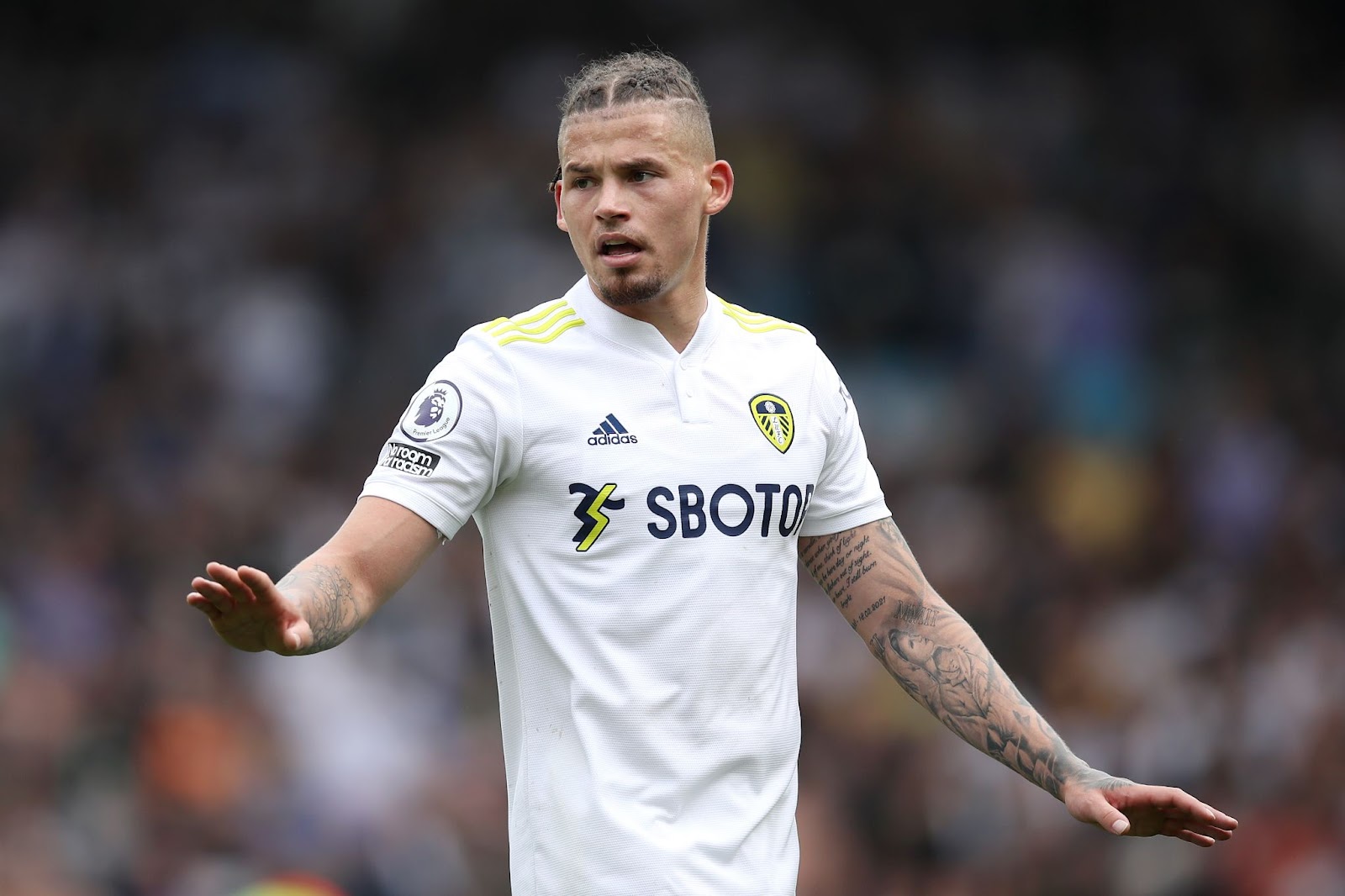 Until a few days ago, many said that Kalidou Koulibaly would not renew his contract with Napoli. Now, however, others say that there seems to be an opening for his stay in Italy.

The truth lies in the middle. Koulibaly loves Naples, the city, the citizens and all Neapolitan fans. His family has now stabilised, his children have grown up in the shadow of Vesuvius and he has no intention of leaving.

However, the game of diminishing salary played by President De Laurentiis would make anyone nervous, even a player who has only the Azzurri in his heart. That's why this time, unlike the cases of Insigne and Mertens, coach Spalletti took the field to endorse the future Napoli's captain and to change the President's mind.

And the intervention of the coach has apparently changed the course of the proposal for the renewal of the Senegalese, with Napoli which could add 3 million to the offer made some weeks ago. The Senegalese player currently receives 6 million per year, and an agreement could be reached for 4.5 million. And live happily ever after. 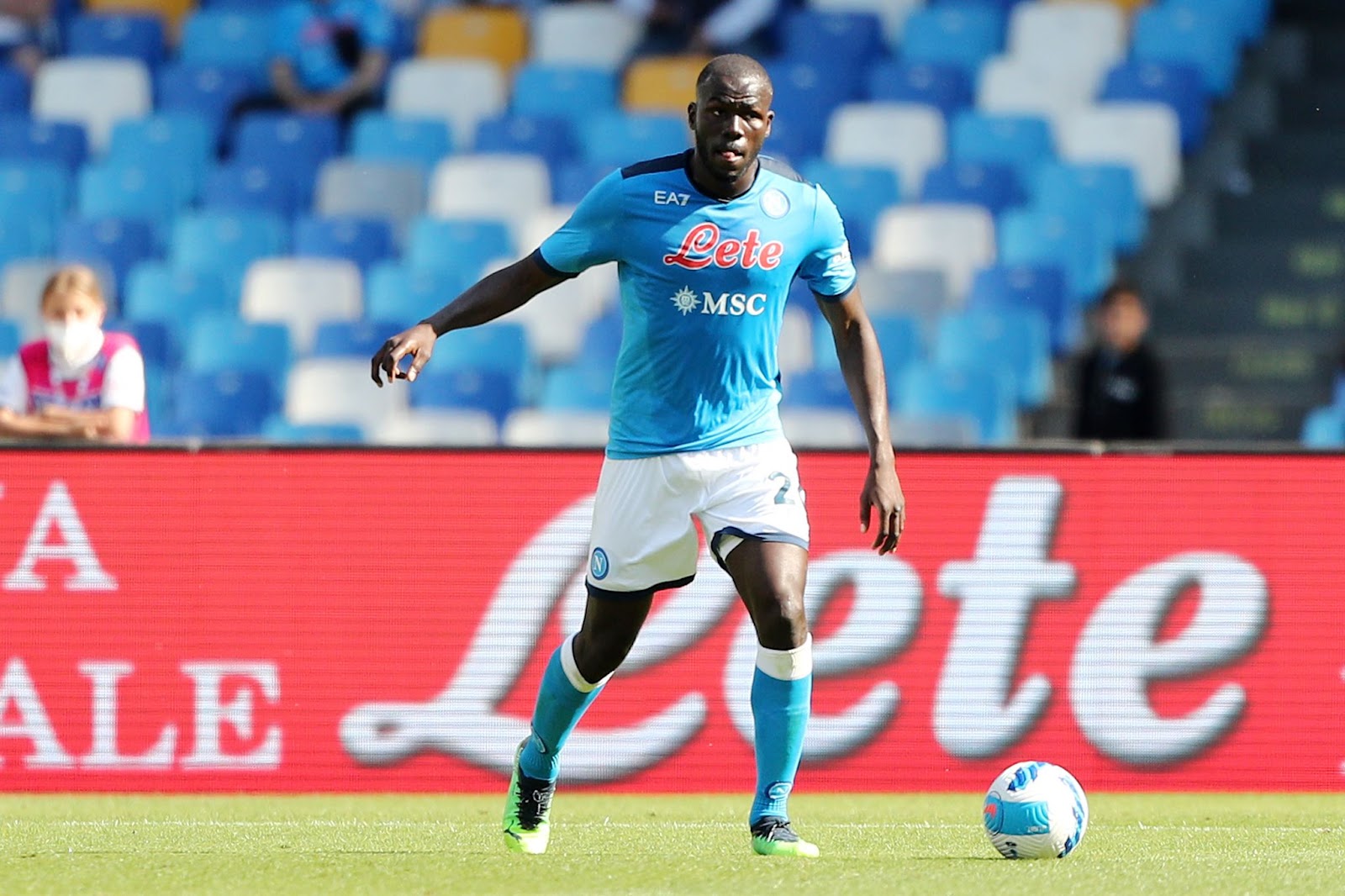