The great Chelsea academy sell-off: Why policy shift could backfire on European champs

COMMENT: Well, that's another one gone. At least, just about. But this can't be a coincidence. The amount of young players whom have either left Chelsea, or are planning to, must represent a shift in policy at the European champs. The question is, in the big picture, does it actually matter...?

So the latest is 16 year-old Emran Soglo. Now training with Bayern Munich - where he's already been promoted from the U16 squad to their U19s. For the moment, it's trials. But there's a confidence within the Soglo family camp that an offer from Bayern will be forthcoming.

And should he sign, Soglo will become the third prospect to quit Chelsea's academy for Bayern inside the last two years. Jamal Musiala, now a veteran of Germany's Euro 2020 campaign, was the first. The centre-half, Bright Arrey-Mbi, would soon follow. And now Soglo is in line to be number three.

And this summer he's no isolated case. Dynel Simeu (Southampton), Lewis Bate (Leeds), Myles Peart-Harris (Brentford) and Pierre Ekwah (West Ham) have all been sold for £1m or more since the end of last season. Throw in Marc Guehi's decision to quit for Crystal Palace, along with Fikayo Tomori's permanent deal with AC Milan, and this is no trend, it's almost club policy.

Again, this can't be coincidence. From the days of Frank Lampard and the fresh hope he offered to those homespun youngsters coming through the Cobham system, it now appears the club's best prospects see their development path stopping abruptly at U23 level. And these players are no mugs. Clubs aren't shelling out £1m-plus on untested talent just to fill out squad numbers. The likes of Bate and Peart-Harris have been signed to play. Take Tomori out of the equation and Chelsea's academy staff have essentially developed talent not for Thomas Tuchel's first team, but for the senior sides of a quarter of the Premier League. And that's still with over a month of this summer's market to run. 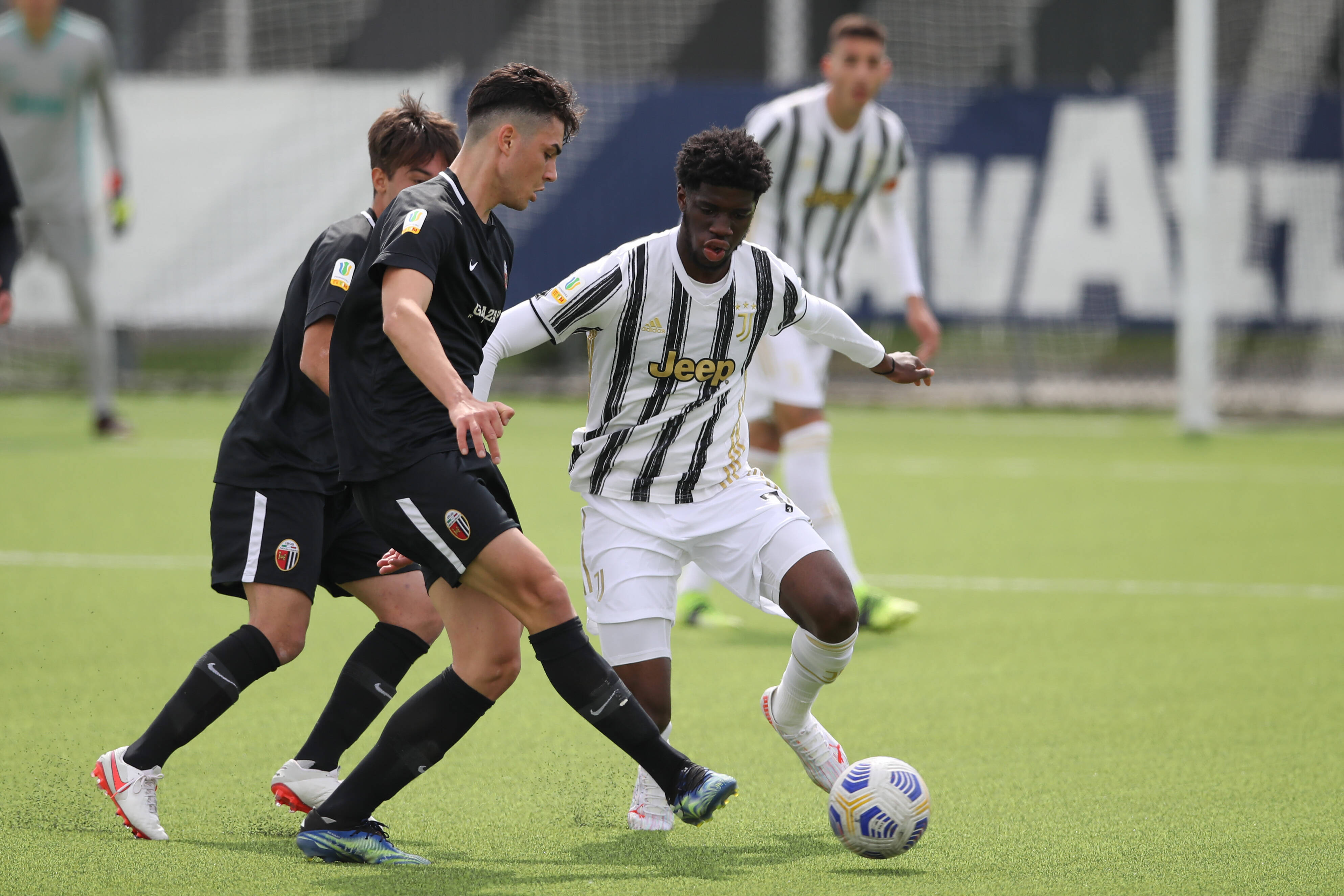 Samuel Iling in action for Juventus

The question is: does it actually matter? If Chelsea trainees, whether they be 18, 17 or 16. If they're hitting these ages and already planning to cut ties, convinced they'll soon be hitting a brick wall, does it matter? Chelsea are European champions. They have an owner prepared to put €175m on the table to convince Borussia Dortmund to part with Erling Haaland. In other words, money is no object. If a player is needed. If he has a price. Roman Abramovich is prepared to pay it. After the 18 months of Lampard, is there anything to the academy at Chelsea other than being a finishing school for other clubs?

If they've chosen to revert to type. If it's been decided that patience and building teams isn't for them. Then so be it. How can you argue when they're now European champions?

But would that Champions League title have been won without Mason Mount? Or Reece James? What about the impact of Andreas Christensen off the bench for an injured Thiago Silva? Or let's go further, would Chelsea have reached anywhere near the final without Lampard standing by Mount and James as so many outside the club questioned their ability?

And this is where Chelsea need to be wary, because the families of that next 10 year-old Mount may not have the Cobham academy at the top of their shortlist of choices when it comes to placing their son. What's more, without a manager of Lampard's willingness to give youth their chance, the next Mount or James may simply slip away.

No-one can predict whether Bayern will be good for Soglo. But this column can tell you there is regret inside Cobham over the success of Musiala. And he's not the only one. Samuel Iling's progress at Juventus last season hasn't gone unnoticed back in London. With 40 appearances last season, the former Blue was impressive at Primera 1 level, playing against players three and four years his senior.

Will Bate thrive at Leeds? Will Guehi prove himself at Palace? Time will tell. But we could've been asking the same question of Mount two years ago if not for the unwavering support of his then manager.

Tuchel has his own ideas. And he's in a hurry. He wants Haaland this summer. He tried to beat PSG to Achraf Hakimi. And now he has Chelsea pushing for Jules Kounde, the Sevilla centre-half. After Guehi and Tomori, it appears Kurt Zouma will be a third centre-back to depart should Kounde arrive.

With an open chequebook and red hot ambition, Tuchel isn't hanging around. And you just wonder, by these actions, whether the message it creates has been received loud and clear by those below the first team.

For the amount of young players already lost. Players capable of raking in millions without getting close to Premier League selection. There is a danger of Chelsea letting the next Mason Mount slip their net.

And even in the big picture of European titles, such a loss can actually matter...