It was a high-scoring weekend of football, with only three sides managing clean sheets and plenty of new strikers stamping their influence on the Premier League.

Liverpool went outright top as the only team with a perfect record and some of the top sides have already fallen well behind the leaders with shock losses.

We here at tribalfootball look at the top performers from week 3 in the Tribal Football Team Of The Week. 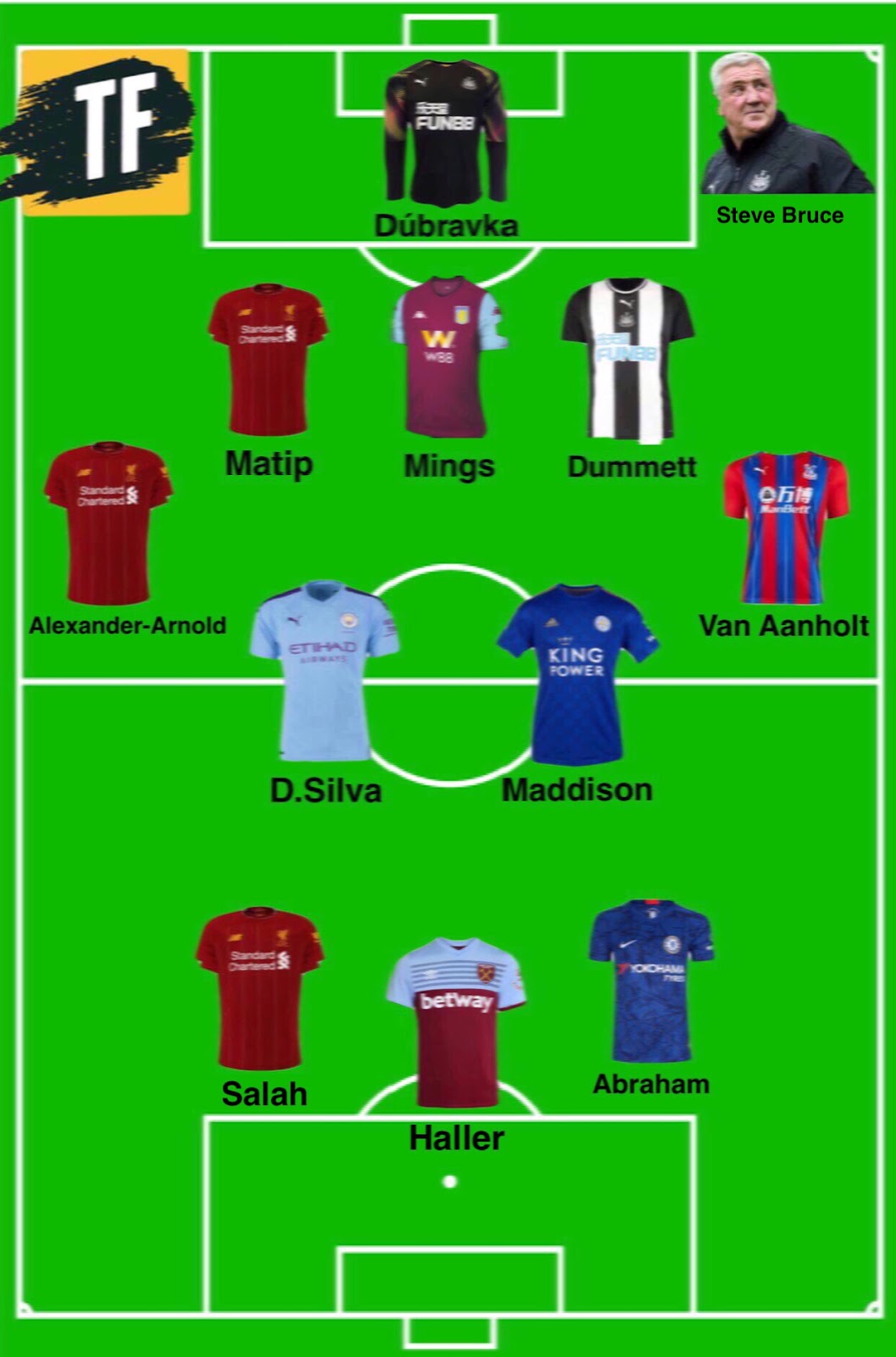 After poorly conceding the only goal in the same fixture last year, Martin Dubravka was keen to make amends against Spurs this time around.

That he did with a commanding performance between the sticks in the sides 0-1 shock win at Tottenham.

Dubravka made 2 saves, one a sharp stop off a thundered Heung min-Son volley, along with 1 claim and 1 punch. More importantly, Dubravka was superb in marshalling a rigid defence that kept a clean sheet.

Tyrone Mings, following his 27 million pound transfer in the summer, has been mighty impressive in the Aston Villa backline.

This was backed up by another top performance, keeping the likes of Richarlison, Bernard, Sygurdson, Iwobi, Walcott and Calvert-Lewin to a measly 1 shot on target.

In the 2-0 win over Everton, Mings won 3 aerial duels and 9 clearances, along with 6 accurate long balls.

In the dominant display against Arsenal, Matip momentarily took the mantle of the Kop's favourite centre-back as he rose above the pack to header home the first goal of the game.

Matip managed 3 tackles and 3 interceptions, along with winning 4 aerial duels. This included a superb block on a deadly Aubameyang who was through on goal.

It was an inspired performance from the local Geordie, who walked off the pitch with the man of the match award in his hand and the captain's armband around his bicep.

This position could've been filled by his defensive partners Schär and Lascelles who were also outstanding in the Magpies inspired 0-1 win at Tottenham.

Newcastle were rock solid at the back, proved by Tottenham's 17 shots on goal for only 2 on target.

Dummet won 3 aerial duels and made a colossal 13 clearances as well as keeping Harry Kane to almost zero influence.

Not even the most one-eyed of Crystal Palace fans would have predicted what was a memorable 1-2 win at Old Trafford.

Patrick Van Aanholt was key to the Palace performance, both in their solid defense and breakneck counter-attacks.

In the first half Van Aanholt produced a terrific block from a Daniel James shot destined for goal, and after dashing forward in second-half stoppage time, managed to smash the ball past David De Gea to claim all 3 points.

It was another top performance from the youngster who is consistently one of the Premier League's top performers.

Against Arsenal, Alexander-Arnold made 2 clearances, had 3 shots on goal along with a damaging 6 key passes and 4 accurate long-balls.

It was his corner that was headed home by Matip. He was certainly in the thick of the action, having 108 touches, the most of any player on the pitch.

Another week and another Manchester City midfield maestro that finds his way into the team of the week. This time it is David Silva, who was the key to City's dynamic win over a brave Bournemouth side.

Operating at a pass accuracy of 91.5%, Silva had 2 shots on target and made 2 assists, the first of the highest quality, breaking down the dogged Cherries defence.

Away at a raucous Bramall Lane, Leiciester managed to pick up an inspiring 1-2 win largely due to the creativity of James Maddison. Coming into the game in good from, Maddison created the first goal of the match with a brilliant long-range through ball with the outside of his boot, playing through Jamie Vardy onto goal.

Maddison had 4 shots on goal, 2 key passes, 3 accurate crosses and 5 successful dribbles in a man of the match performance.

In a totally dominant display against Arsenal at Anfield, Salah was the main attacking threat in the side that managed 25 shots on Bernd Leno's goal.

The first, an expertly dispatched penalty that he won himself, and the second, a blistering run from just after the half-way line topped off by a low shot curled into the back of the net from just inside the area.

It was a super return to first-team football for Chelsea's new number 9. Away at Carrow Road against a confident Norwich outfit, Abraham was the difference with 2 huge goals to kick off his season in his sides 2-3 win.

The first was a terrific first-time half-volley from the middle of the box and the second a shot from outside the box after controlling the ball around two defenders. Two world class goals that should instil him with a load of confidence.

With his side locked at 1-1 away at Vicarage Road, new record-signing Sebastian Haller endeared himself to the Irons support in a match-winning performance.

Haller scored the two winning goals, one an intelligent tap in and the other an acrobatic bicycle kick from close range.

These agility was on display from the first half when Haller nearly scored from a scorpion kick. Standing at 6'2'', Haller won an impressive 7 aerial duels along with his 4 shots on goal.

What a difference a week makes in football. Last week, the Magpies produced a soul-sapping performance, with Norwich tossing aside a feckless Newcastle 3-1 at Carrow Road.

With the critiques quick to circle, no one would've given Newcastle a hope in their travels to the Tottenham Hotspur Stadium.

Talk about hitting the ground running…

After just 78 seconds off the bench, Southampton's new signing Moussa Djenepo made an instant impact to break the deadlock at the Amex stadium. Picking up the ball 40 yards from goal, Djenepo let fly and curled the ball into the top corner from outside the box.

Harry Wilson has surely lived up to his reputation as the best long-shot ace operating in England.

A dead-ball specialist, the Vitality stadium sat brimming with expectation as Wilson had the ball at his feet.

Still from a considerable way out, Wilson let fly and didn't disappoint, whipping the ball perfectly into the top corner past Ederson. A truly special goal from this exciting talent.

In a game full of positives for the magpies, one moment in particular stood out. In the 27th minute after being played in by Christian Atsu, Newcastle's record signing Joelinton opened his premier league account after a beautifully taken first touch.

It is certainly a major moment for the Brazilian, who can shake off a lot of the pressure carried by his huge transfer fee. It is hopefully the first of many in the famous number 9 Newcastle shirt.