Solskjaer vs England: Why creating FA battle will be good for Man Utd & Greenwood

COMMENT: Ole Gunnar Solskjaer is right when urging fans not to blame a slow market for their opening day loss. No, Manchester United's manager should look closer to home for reasons why defeat to Crystal Palace actually occurred...

It's not an excuse, but a reason. And it's something that Solskjaer and his staff should've addressed. Saturday's 3-1 reverse was just United's second game since the start of their preseason. The previous only coming last week - and again defeat at home, this time to Aston Villa. In contrast, it was Palace's second Premier League game, their third competitive fixture, and seventh overall since their preparations had launched.

United had been granted an extra week off given their Europa League involvement, but it made little difference. Indeed, it worked against Solskjaer's team. And their preparation was telegraphed for all to see. As Andros Townsend, Palace's opening goalscorer, confirmed: "Mentally we knew we had an advantage. Whether that meant something or it was just in our minds, we knew if we started fast we might catch them cold and we certainly did that."

United's players did have their break. To rest their legs. Recharge. Time enough to be run through a Greek court. To be bounced out of an England camp. You get the picture. It was a quick turnaround for United's players. But the preseason could still have been better handled by the manager and his staff.

But Solskjaer did get it right earlier in the week. Rallying publicly around Mason Greenwood. Not just firing barbs, but leveling accusations at England's minders, including coach Gareth Southgate. It came out of the blue. No-one on the conference call expected it. Not the least Southgate and co. But Solskjaer, again following the lead of his old manager, chose to go to war with a national team and their federation in order to defend his player.

On the face of it, it was tough week for Greenwood. Perhaps the most difficult of a burgeoning career. But there's been no heavy-handed repercussions from inside the club - and not because those whom work with Greenwood day-to-day simply can't (or are frightened to) say no to the teen, as some of the finger-waggers in the press have claimed. You need only ask Largie Ramazani about discipline and culture at Carrington. Or better yet, Hannibal Mejbri and what he's being told as we speak.

No, the coaching staff at Carrington could see it coming. And it's not something unique to Greenwood. What's been imposed on his generation across the world this year has been criminal. Something those now pulling apart his behaviour never had to go through.

Of course, given the opportunity, Greenwood's going to chance his arm. To live a little. Yes, he and Phil Foden, Manchester City's young midfielder, breached FA rules by inviting those girls back to their hotel in Reykjavik. But it was always on the cards. There was no boozin'. Nothing was taken. "They were gentlemen," described one of the women. As Solskjaer noted, Greenwood needed a break. A chance to get out of his routine. But England didn't allow that to happen. 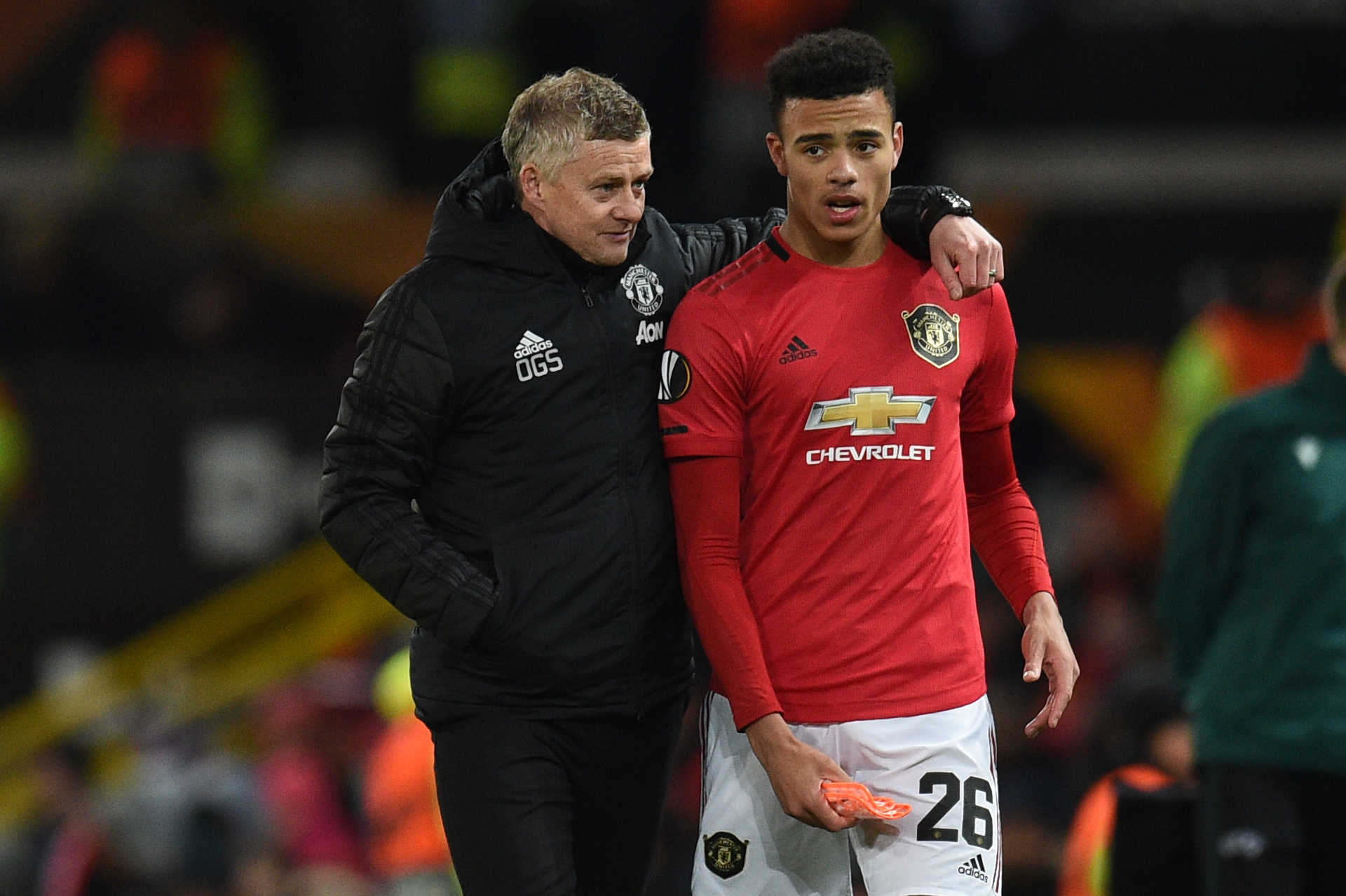 Solskjaer and Greenwood together after Europa League action last season

"The club, we asked specifically and pointed out that he should have had a rest," said Solskjaer. "He needs it mentally and physically after that season he had. First thing that happens is, one, he's called up, and two, he's right there in the press.

"We've done whatever we can to protect him and I will keep on helping him."

The FA's response was swift. Though not direct. Instead, using favoured outlets to claim Solskjaer had no problem with Greenwood being called up. Nor being put forward for interview. Of course, no-one from the federation put their name to the claims. And there were also suggestions of Southgate being 'unhappy', though the Three Lions coach is yet to respond publicly.

The minutiae of who said what and when may never be publicly settled, but what Solskjaer has managed to do is strengthen his relationship with the player. In contrast to City's reaction to Foden, there was no public shaming from the club, nor the manager. Indeed, the opposite occurred.

Greenwood breached FA laws. And being expelled from an England squad is no small matter. But Solskjaer - and the club - has been able to use the reaction to establish a contrast between themselves and the FA. Knowing the player's character. Knowing what is needed at this time in his career - and life. Solskjaer threw a very public protective arm around Greenwood. It was the 'us against the world' stuff of Sir Alex Ferguson. Shutting down the outside noise and sending a clear signal to player and family they're with him for the long haul.

Which is exactly the same message Greenwood received over the nitrous oxide snaps published also last week. Photos emerging from a third party of him inhaling hippy crack. The cause du jour of today's football media. But an episode turned opportunity by Solskjaer to encourage Greenwood to look at those around him. To embrace the lesson offered. And make a call on those he can trust and those he must leave behind.

It's something every young footballer must go through. But an experience none would wish on their worst enemy. And at 18, with so many of your peers still in school, it's even worse. But life - a footballer's life - came at him hard last week. And Greenwood now knows, as his manager explained, there's going be some close to him who are going to let him down. The sooner he knows who can be trusted, the sooner life - and football - can get back to normal.

Which, after Saturday's result, United and Solskjaer need to happen as quickly as possible. Solskjaer misjudged what was needed this preseason - and suffered for it. But his approach to the Greenwood noise was spot on. And long-term, both manager and player will benefit from it.