Man Utd have made ultimatum to Zidane - their alternative is Catalan

Barcelona to pass on permanent option for Yusuf Demir

Solskjaer & selection chaos: Why he has only himself to blame if Man Utd axe falls

COMMENT: The players can't be blamed. Nor can even the board. If Ole Gunnar Solskjaer does eventually end up losing his job at Manchester United, there'll only be one man responsible...

Too soon? Of course it is. Five games into the new season. One down in the Champions League. It's madness to consider Solskjaer's position as United manager at this stage. But he did himself no favours on Tuesday night in Berne. Not the tactics. Nor the game management. A red card here. A loose pass there. That's football. And no-one can predict the future. But Solskjaer would've put himself - and the club - in a better position to defeat Young Boys if he'd not chosen to bench Raphael Varane for the game.

Why he did it, only Solskjaer knows. But the time to experiment with a line-up. To give games to underdone players. That's for the dead rubbers at the end of a group phase. Not when there's everything to play for. Playing the Swiss champions away deserved United's strongest line-up. Varane, fresh from a full home debut against Newcastle United, should've slotted in alongside his captain. He and Harry Maguire aren't going to develop their partnership with the Frenchman watching from the bench. But this goes beyond combinations. Varane is United's best defender. He was signed to play in the Champions League. There can't be any excuse to pull him back for a game of such significance.

But Solskjaer and United were punished. Just as they were last season in the FA Cup quarterfinal at Leicester City. Again, a huge game. But a game United would expect to win - at full-strength. Yet instead of playing his best team, Solskjaer started the match with Bruno Fernandes on the bench. And just as happened in Berne, he watched his team outpowered and overrun. The manager blew it - and all before kickoff.

Steve Bruce and Gary Pallister. Jaap Stam and Ronny Johnsen. Rio Ferdinand and Nemanja Vidic. It's simple. It's easy. Great United teams are built on the foundation of an outstanding centre-half pairing... Kevin Moran and Paul McGrath... We can go on and on. Solskjaer, coming up to three years in charge, now has one to match all those mentioned. Indeed, Maguire and Varane have the potential to be the best of them. Why delay the process of bedding this partnership down? And more significantly, why - just as he did against Leicester - does Solskjaer have this impulse to flirt with form in the biggest of games? 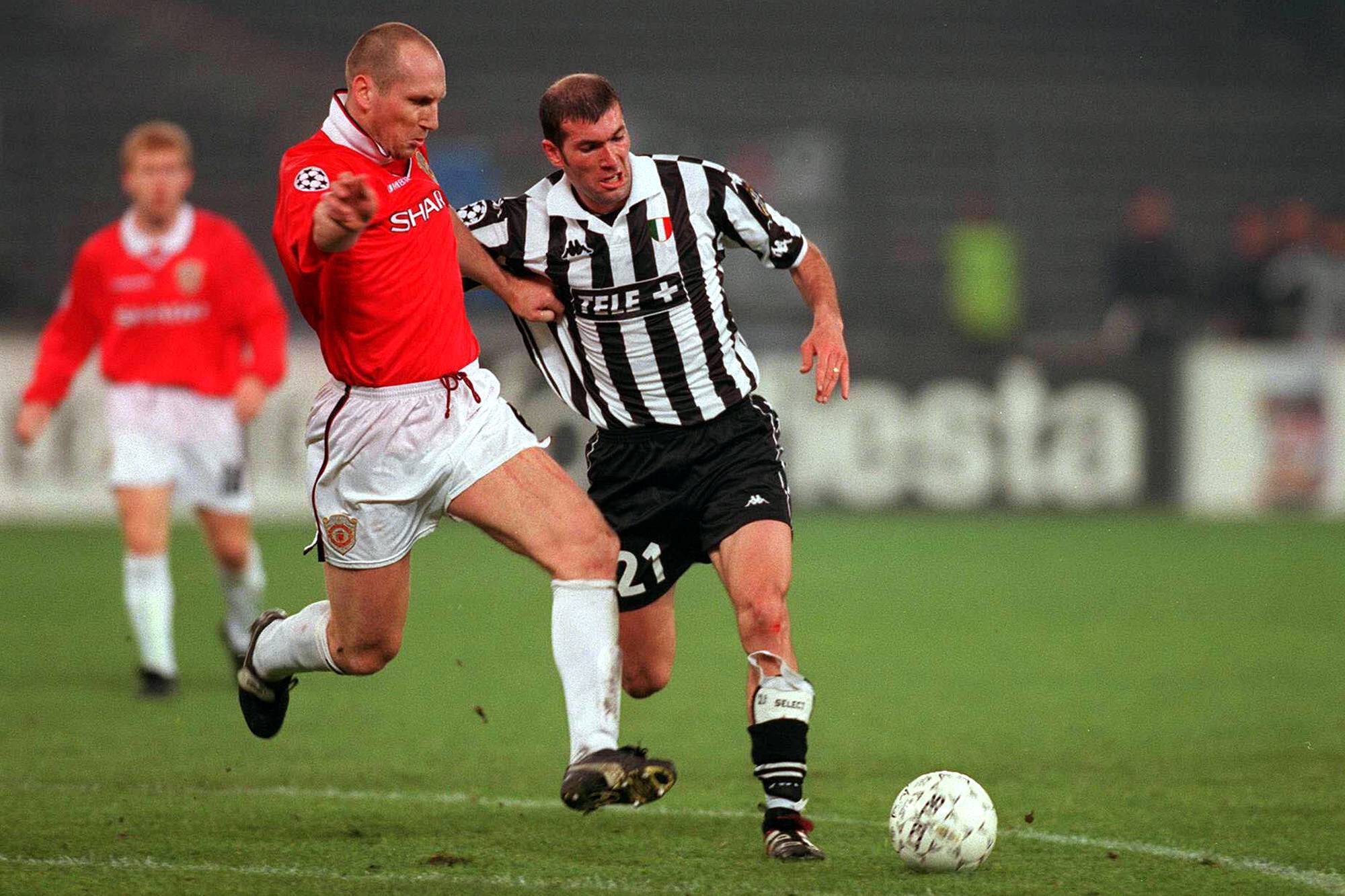 Stam against Zinedine Zidane and Juventus

Play the XI which thumped Newcastle. Stick with the players floating after their day out at Old Trafford. And United are winning on Tuesday night. It'd be difficult. It'd be tense. But you fancy that team to be strong enough. Instead, Solskjaer not only withdrew Varane, but also dropped Mason Greenwood to the bench. The same Greenwood who for most was the outstanding performer on the pitch against Newcastle. Again, a bad call from the manager. Momentum. Rhythm. Everything garnered from the 4-1 defeat of the Magpies lost before kickoff in Berne - and then buried at the final whistle.

The buck stops with Solskjaer. There's no-one else. This column has long talked about the culture at United needing to be improved. About the lack of support from the top brass. About players and personalities not being the right fit for Manchester United. But Tuesday night went beyond all that. It was down to the manager. His ideas. His selection. This apparent need to reinvent wheel. On the biggest of nights. And it's cost him and the club again.

It can't be rotations. Not at this stage of the season. Indeed, Maguire isn't getting to 52 games - as an ever present on the pitch - before an ankle injury ended his season last term if his manager had believed in rotations...

This column has long been a supporter of Solskjaer - and remains so. An excellent man-manager. A growing, clever coach. The best thing you can say about the Norwegian is that he's always put the club first. It's culture. It's history. Unlike the three managers before him, Solskjaer took the job with the aim of moulding himself and the team to fit traditional expectations. He's never sought to impose his will of how the game should be played ahead of the club.

But there's something not quite right here. A habit. An impulse. Whatever it is. It's something in Solskjaer's approach that he needs to recognise and rid himself of. Yes, he does have great faith in his players. From 1-20 - and beyond. As mentioned, his man-management has helped rescue the careers of the likes of Fred and Luke Shaw. But there's more appropriate occasions to rotate your frontliners than a first Champions League game of the campaign - and one that's away from home.

It's becoming a habit. And it's one Solskjaer needs to shake. You don't flirt with form. And you don't change a winning team. Especially on occasions like Tuesday night.

The match in Berne was decided at the selection table. A defeat self-inflicted without a ball being kicked. The players can't be blamed. Nor can even the board. If Solskjaer can't shake this habit, there'll be only one man to blame when the sack call arrives.