COMMENT: It all kicks off today. Ralf Rangnick and Manchester United. A partnership met with great enthusiasm by the club's support. And no little skepticism from those whom look under the hood...

But this could actually work. And if it does, credit United's football director John Murtough. Rangnick is Murtough's man. Yes, the German's arrival has the full backing of Ed Woodward, the vice-chairman exec. But it was Murtough who initially sparked this move. And there is some serious consideration behind it.

For this column, we met Rangnick's appointment last week with some misgivings. Particularly his role in the Ivan Gazidis-led fiasco at AC Milan last season and not least simply his decision to skip out on Lokomotiv Moscow less than six months in the job.

But as mentioned, Rangnick was selected by Murtough with an eye on continuity; on building upon what Ole Gunnar Solskjaer has been putting in place these almost three past years. In the style of football the German will bring and the style of management he will work from, there is a lot of synergy between Rangnick and his predecessor.

The cynicism from some, we can understand. The reaction to Rangnick has been over the top. We dubbed them the 'anyone-but-Ole' crowd last week. Those cheerleading the appointment have little to credibly offer in terms of what or how he'll improve on Solskjaer's work. No-one has. Rangnick hasn't coached a team in over two years. How these scribes can assert with such confidence that he'll fix everything they perceived as going wrong under Solskjaer, only they can tell you. But when you consider the flak Max Allegri is having to duck from the Turin press after two years away from Juventus, the idea that it'll be all be smooth sailing for Rangnick is ridiculous.

Indeed, with negotiations now underway with Gerhard Struber about getting out of his New York RB contract to become Rangnick's No2, it's worth asking how the anyone-but-Ole crowd would've reacted if it had been the Norwegian who had sought to bring the former Barnsley manager to Carrington.

United's Champions League winner Patrice Evra, for one, nailed it. "Perplexed", was how the Frenchman described his reaction to the press Rangnick has enjoyed this past week. He went on: "I think we're talking more about Rangnick than what the players are doing on the pitch because we sacked a manager but everyone seems so excited and 'Rangnick is going to be a genius'.

"He has my full support but let's see." 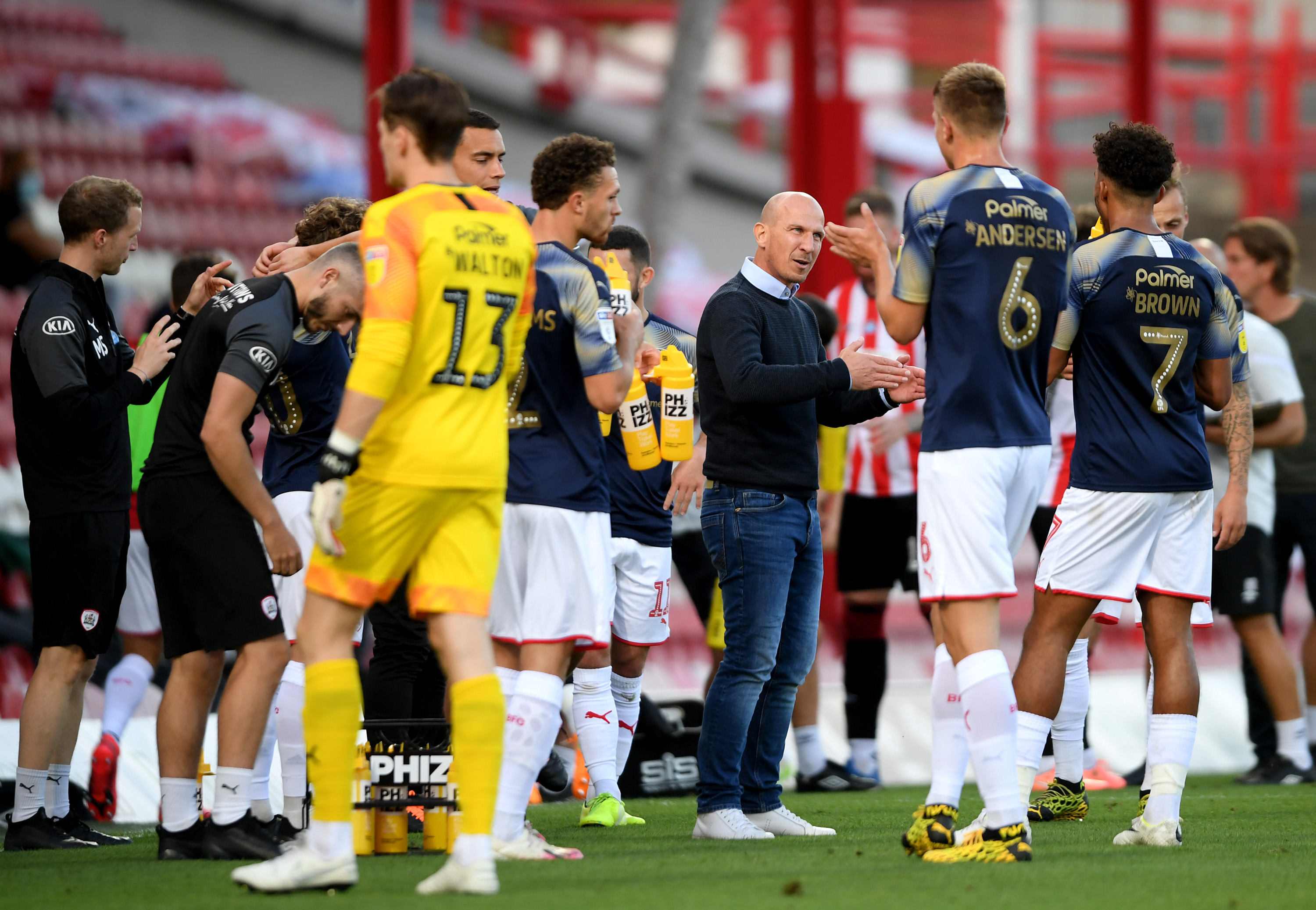 Struber with his former Barnsley players

But there has been serious consideration behind this appointment. That United were willing to negotiate with Loko's board to bring Rangnick to England suggests this is more than a marriage of convenience. Which is what we can also say with the move for Struber. If he does give it away at NYRB, the Austrian won't be doing so for a six-or-so month stint in England.

One comment from a source last week perhaps crystallised why Murtough was so determined to land Rangnick. A coach's coach, as he is known in Germany, our source also told us Rangnick "...is known as someone who has put the careers of others ahead of his own advancement". Thomas Tuchel. Jurgen Klopp. So many of Germany's coaching fraternity have benefited from the "selflessness" of Rangnick over the years. And while many of those who have been influenced by the 63 year-old have - at least privately - expressed some surprise at his decision to accept the United post, if only because of his steadfast commitment to long-term, team building projects. No-one begrudges Rangnick grabbing this late career opportunity with a club the size of United.

So "selfless". Well liked. But not a soft touch. In terms of personality and approach, there is a lot of Solskjaer in Rangnick. Is it any surprise the pair were able to share a good two hours together discussing the squad despite the circumstances?

Along with player strengths and weaknesses, Solskjaer was also able to champion the United Way to his replacement. Something Rangnick acknowledged in his first presser on Friday morning: "The important thing is to stick to and celebrate this DNA that you still have but implement it and transfer it to modern football. This is the most important thing and, in fact, it's pretty easy in football."

That final handover meeting was illustrative of what Solskjaer had brought over these past three years. The Norwegian always put United first. It's traditions. It's culture. It's "DNA". After the paint-by-numbers of Louis van Gaal and the win-at-all-costs approach of Jose Mourinho, Solskjaer never wavered from the target of having his team uphold the club's playing traditions. They didn't always get there, but it wasn't for lack of trying.

And with Murtough's choice of Rangnick as his successor, that approach could become a legacy for Solskjaer.

Yes, he'll have his own ideas. But after speaking with and hearing from those who know him, Rangnick also has the humility to put the "DNA" of Manchester United first. This partnership could actually work.