Paulo Dybala vs Juventus: Why this 'incredible' split a massive Bianconeri own goal

COMMENT: In the end, it took his brother to sum things up. And he did it with just one word. After months of the 'will-they, won't-they' stuff, Paulo Dybala and Juventus agreed to part ways this week. A decision which drew a one word response from Gustavo Dybala...

"Incredible", posted Gustavo - in English - to social media, as Juve announced there would be no coming back after Monday's meeting with Dybala's agents had broken up. And for those on Juve's side of the table, "incredible" sounds just about right.

For it will cost the club money. Possibly trophies. From a football sense, this call is difficult to reason. On the business side, it's even worse. At 28. At the very peak of his powers. Dybala is on the open market. Without a price-tag - and without any new destination settled. England, France, Italy, Spain... he can take his pick of leagues and virtually his pick of clubs. The Argentine would walk into any team in Europe. And now he can do so for nothing. Juve have just created perhaps the biggest Bosman transfer in history. And the crazy thing is, they did all the running themselves.

It was Juve which dithered when shaking hands on a €11m-a-year deal in November. It was Juve which came back with an attempt to revise that agreement down (even lower than his current terms) over the New Year. And it was Juve which chose to pull the plug on negotiations after meeting for less than an hour with Dybala's agents on Monday.

As we say, in terms of business, it's a decision that makes little sense. Even at the original five-year, €11m-a-season agreement, the total commitment of €55m could still fall short of what it will cost the club in transfer fees to now replace Dybala. And that's before we add on wages, bonuses and even agents' fees. Essentially, they'll have to pay over double to replace the player they chose to push out the club this year. 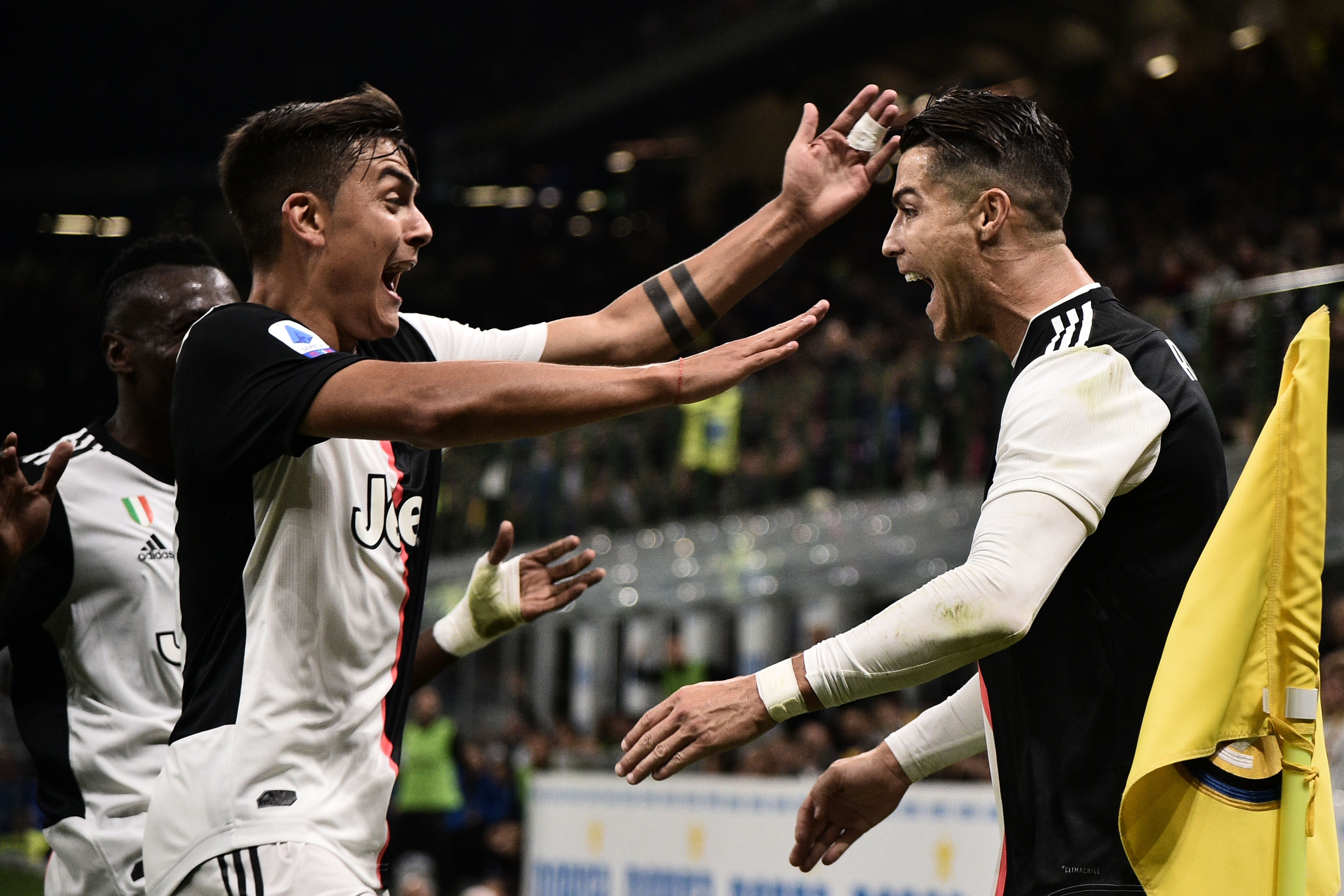 Dybala and Ronaldo together at Juve two years ago

And the blame is all on Juve's side of the table. Other players. Other agents. They would've long announced a split after Juve's decision to go back on that original November agreement. But Dybala still kept the communication lines open. His priority was to remain with the Bianconeri. The player's agents, Jorge Antun and Carlos Novel, also showed no signs of deviating from such a path. Rather than negotiate over video conference, the pair flew into Turin on the weekend to meet with club officials face-to-face. It's significant that Antun, Dybala's prime agent, was accompanied by Novel, who acts as the player's commercial rep. Both wages and image rights were to be on the agenda - at least that was the expectation on the player's side of the table. But as mentioned, even the effort of flying from the other side of the world still warranted less than an hour's audience with Juve officials.

Dybala wanted a deal done. He wanted to stay. But Juve's final take-it-or-leave-it offer of €6m-a-year plus bonuses said everything he needed to know about his status inside the club's board room. In terms of Premier League wages, it would make Dybala among the lowest paid players across the top half of the table.

As Gustavo would later suggest, Dybala's camp felt insulted. Particularly having shown such loyalty to the club over these six years they've been together. Dybala famously pulling out of a move to Manchester United in the final days of the 2020 summer market. With Antun sitting across from Ed Woodward, United's former vice-chairman, at the club's Mayfair office in London, Dybala called his agent to say the deal was 'off'. Contracts had been exchanged. Pens were at the ready. But Dybala pulled back, rejecting a more than double-your-money contract, to stick with Juve.

Yet, for that show of loyalty, Dybala's now being ushered stage left. And it'll cost Juve. Not only financially, but also on the pitch. In terms of talent, of influence, Dybala is head and shoulders Juve's most valuable player. With Cristiano Ronaldo no longer around, the Argentine has not shied away from the responsibility of being the club's prime focus. The expectations were Dybala would emerge from Ronaldo's shadow as Juve's flagship player. But now another club will benefit.

For Michel Platini, among the club's greatest, Dybala is "closer to (Diego) Maradona than I ever was". For title winning coach Fabio Capello, Dybala "has qualities and creativity that can always guarantee something for Juve".

Dybala is a "guarantee". For goals. For chances created. For tickets. For sponsorships. The striker has long been discussed as a franchise player. Yet just as he's to inherit the mantle, Juve have let him go.

Walter Sabatini, who laid the initial groundwork at Palermo which led to Dybala being brought to Europe from Instituto, has no doubts about the player's future.

“If I went to a great European club, let's say Chelsea for example, I would immediately try to take Dybala," says the now Salernitana sporting director. "Someone will say that he is not made for the Premier, but the truth is that he is made for football."

Made for football. But just not made for Juve... Gustavo Dybala is right. This week's decision from the Bianconeri board was "incredible".