COMMENT: So now he's the problem. Cristiano Ronaldo. A token signing. One to appease the protesting fans. But a busted flush. This wasn't what was sold in the brochure...

Well, that's what they're saying today. In the aftermath of the collapse at Leicester City. From the exes in the media, to the most hyperbolic online. Five Premier League games into Ronaldo's return and it's all falling apart, apparently...

Of course, the manager's also to blame. He never did his homework, did Ole Gunnar Solskjaer. Apparently he didn't know Ronaldo wasn't one for pressing off the ball. That he wasn't the player United fans saw leave for Real Madrid 12 years ago...

The panic. The concern. It's understandable. United fans were sold a dream. Ronaldo's return. Jadon Sancho's capture. Raphael Varane's arrival. On paper, it was exciting. It promised so much. But football isn't played on paper and as this column has already stated, performances and results like Saturday at the King Power are inevitable. This is a new team Solskjaer has assembled and one in need of a new system. A system which needs to be built around bringing the best from Ronaldo. Solskjaer and his staff are putting this together, but it was never going to happen instantly.

Of course, Solskjaer will have known about Ronaldo's work without the ball. He didn't approve Ronaldo's return seeking to reinvent the Portuguese's game. Ronaldo is the goalscorer Solskjaer has been seeking ever since taking charge. The pressing. The defensive work. That's secondary to what a 36 year-old Ronaldo offers. He's a goal hanger. The modern day Gerd Muller. That's why he's been brought back to United. Nothing else matters in Ronaldo's game other than what he does inside the opposition box. The problem at Leicester was that United didn't do enough to get the ball in those areas where Ronaldo can work his best.

In post-match, Solskjaer talked about spending the international break reassessing the team's setup. Breaking it all down and re-examining everything.

"Over the international break, we have had a good look to see what has gone wrong lately," said the manager. "But we need to look at the whole set-up and balance of the team and maybe something has to give."

And to be fair, you could see the changes having an effect - a positive effect. The problem was in execution. 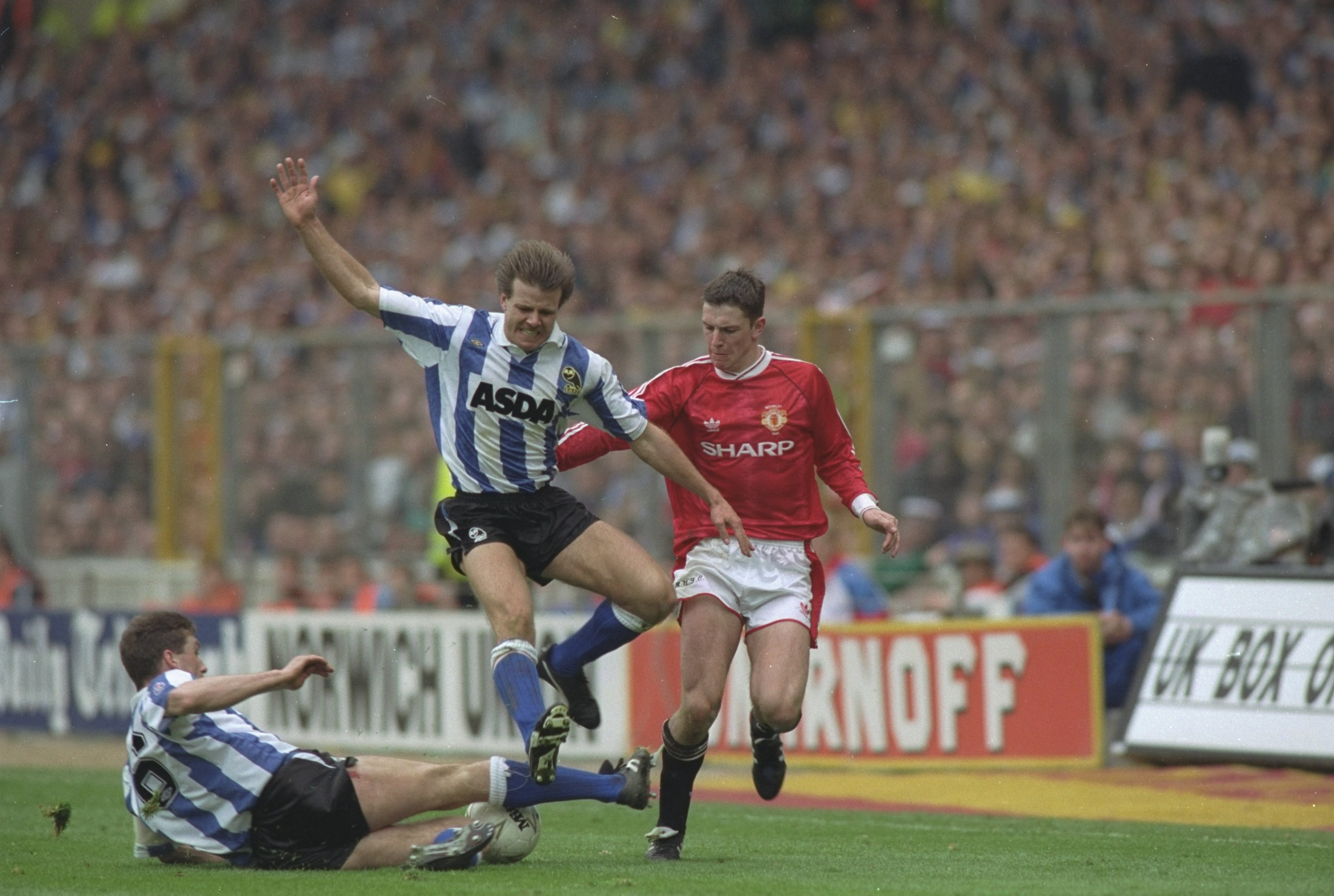 United's pursuit of Kieran Trippier, the Atletico Madrid right-back, baffled many over the summer - including this column. With Aaron Wan-Bissaka firmly established as a first-choice. With the raw potential of Diogo Dalot still available. It seemed overkill to consider bringing Trippier back to the Northwest.

But Saturday's display made clear why United pushed Atletico so hard to release the former Manchester City and Burnley fullback. It's harsh on Wan-Bissaka, but in the key moments. In key positions. The defender's crossing just wasn't up to standard. It's a weakness in his game that Solskjaer has personally sought to address, but it fell short again against the Foxes.

On Wan-Bissaka's flank, United did work openings against the hosts. It was sometimes laboured. But with some clever passing, United did put Wan-Bissaka consistently in good crossing positions. But the end product never quite gave Ronaldo the opportunity to take advantage.

What's clear, if Solskjaer is to persist with this system, is that it's success will lean heavily on the attacking game of Wan-Bissaka. It's becoming more apparent that the width on United's right-side will come from the fullback.

Solskjaer again played Jadon Sancho on the left. And was again repaid with a flat performance from his England winger. But it's not about individuals. The manager also fielded substitute Marcus Rashford strictly on the left-side and was rewarded with a goal. A good goal. The returning striker coming off the inside-left channel to collect Victor Lindelof's clever long pass and fire past Kasper Schmeichel. Again, it was an impressive action. But it does little for Ronaldo. A right-sided Rashford running the left wing offers just the same as Sancho in that role. Maybe an extra goal threat, but in terms of opportunities for Ronaldo there'll be little change.

Sancho's struggles are hitting Solskjaer's plans. The one player in this squad capable of beating his fullback and crossing accurately - and at top speed... it's such individual actions Solskjaer needs while he beds down this new team. Nothing is going to be running smoothly at this stage in the build. The success will come from individual moments. And United need more - much more - from Sancho.

Solskjaer wants this to work. He wants Sancho to work. He wants a team with an exciting wide player. He spoke about it in the first week of succeeding Jose Mourinho, "A great goalkeeper and wingers with blistering pace". Sancho, even beyond Ronaldo, is the player Solskjaer needs - and wants - to succeed.

But if history's any indicator, it was never going to be easy. Sir Alex Ferguson spent years trying to find the right wingers for his system. He went to Torquay to ferry away a 17 year-old Lee Sharpe. He plucked Giuliano Maiorana from non-league Histon. He brought in the late Ralph Milne from Bristol City and gave Russell Beardsmore an extended chance. Even Danny Wallace didn't quite make it. It wasn't until the arrival of a player from Eastern Europe - Andrei Kanchelskis - that it all fell in place for the Scot. With Kanchelskis, the maturing Sharpe and an emerging Ryan Giggs, Ferguson finally had the wide options he'd been seeking for over four years.

Solskjaer believes Sancho, in time, can reach the standards of his three former teammates. But right now, he needs more from his summer signing. As does Ronaldo. United's No7 needs Sancho's creativity to feed off. And Solskjaer needs the breathing space to bed everything down.

For the moment, it's not happening. Not for Sancho. Not for Solskjaer. And not for Ronaldo. As the manager says, "something has to give". And for United fans, it really does. This wasn't what was sold to them in the brochure.