Mikel Merino is producing career best form this season in Real Sociedad's midfield. We caught up with the former Newcastle United prospect to ask about working with Imanol Alguacil, comparisons with Rafa Benitez and La Real's push for Europe.

Question: Getafe, Sevilla, Valencia, Athletic Club, Betis or Villarreal apart from Real Sociedad, all fighting for one of the three European spots. Mikel, the competition will be fierce…

Answer: Yes, this season LaLiga is very disputed, especially in the European spots in which there are many teams in a very tight margin, and all of them are doing it well and very few of them are missing out on their goal. It's difficult, seeing yourself up there, seeing that you win and win games and you are not able to get away from the others, but well, we know that's the way LaLiga is going to be until the end, and the fact that we know that will help us never surrender and have the chance of playing in Europe closer.

Q: At the beginning of the season you did not want to speak about that question, but the fact is that the La Real objective is playing in Europe next season…

A: Yes, I have said it since the very beginning. Last season we almost made it and it was a tough knock for us not to make it. And this season, regarding how the season is going, that must be our goal because of the strong squad we have, and the way we are facing the games. We should not be afraid of saying it. Whoever wants something, has to focus on it, and we are focused on it and I am sure that we will make it at the end of the season.

Q: You have played almost every LaLiga game this season, and as a starter, what does it mean for you, the confidence of the staff?

A: It means everything for a footballer, having continuity and the confidence of the staff means it all. That's the best way to show the level you have. This season, and ever since Imanol took over the team, he has been giving me the power to be in the starting lineup and for me it's a massive joy, every time I play in a weekend, being able to show that I am good enough for this and that I have the right level to be in LaLiga Santander, and well, I am thankful for it. 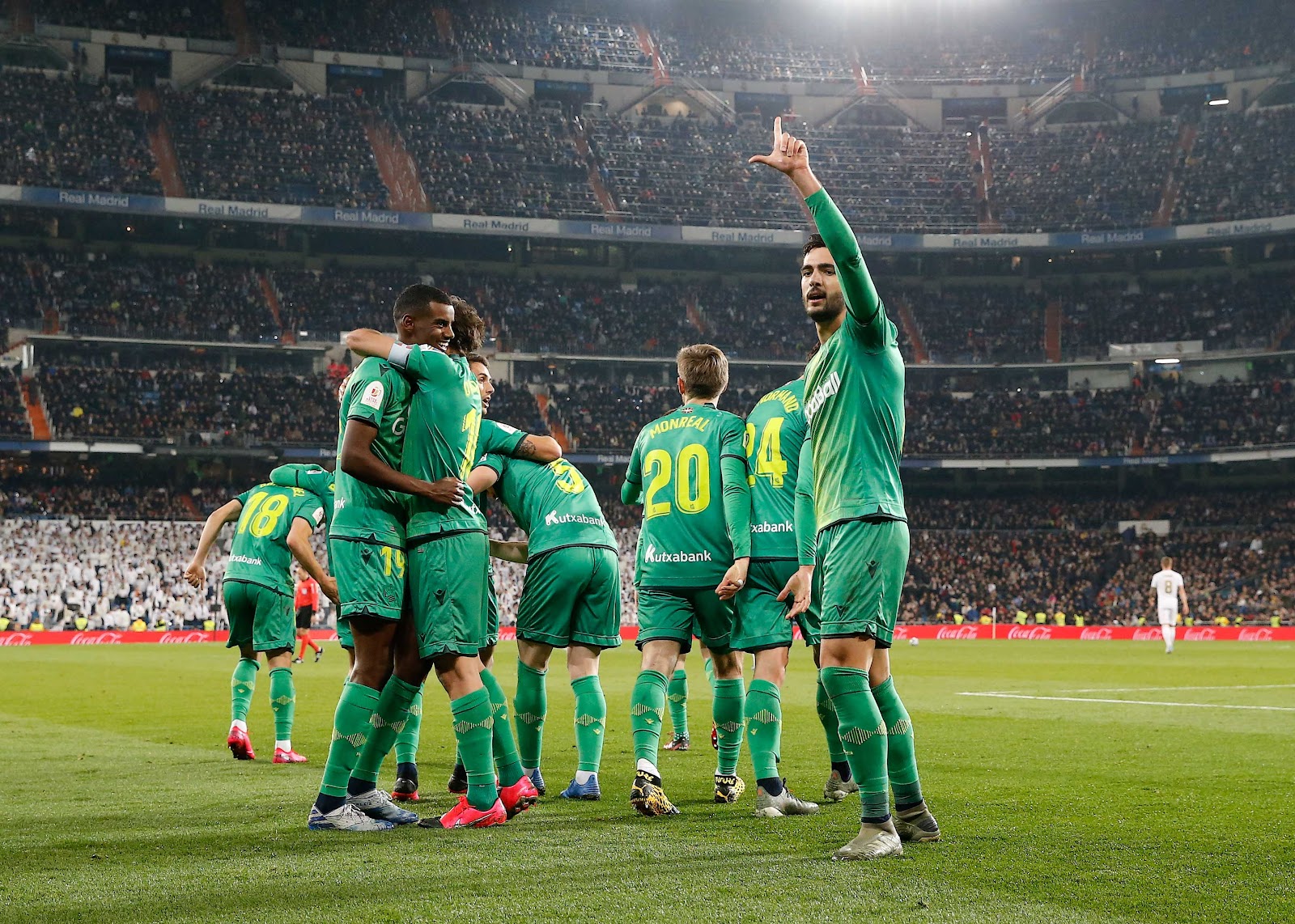 A: Undoubtedly, I feel a different player, I am the same but I have improved after what continuity gives you, because when you play and have more minutes you earn experience, it gives you the knowhow to know what to do at each moment. That's why as a young player, I needed to play and that's what everyone wants and thanks to that we are improving in our football.

Q: What does Imanol Alguacil ask from you in that position in the midfield?

A: Well I think the job I have to do is quite clear. I am the one to hold the team and be the liaison between the defensive and the offensive zone and I have to give the team balance when defending, and being on an intermediate zone to help strikers get the balls properly. I have to have a long run defensively and I believe that I understand perfectly what Imanol asks from me tactically, so we know where we are playing at and that makes it all easier for us, especially to the midfielders.

Q: You make up a very interesting tandem on the left side of the attack together with Oyarzabal and Ødegaard… tell us a bit about those players

A: Well, they are special players. They are players that have a great future ahead of them and that are still very young. They still have a lot to improve but being as young as they are, they have a great quality and a great experience. Playing along them is great because with just one glance you understand what they will do, and if they see you with the ball they know what they will do. So having players like them in front of you, for a player like me, that I am a passer and that I need my teammates to make me shine… they make my job much easier and I am delighted. 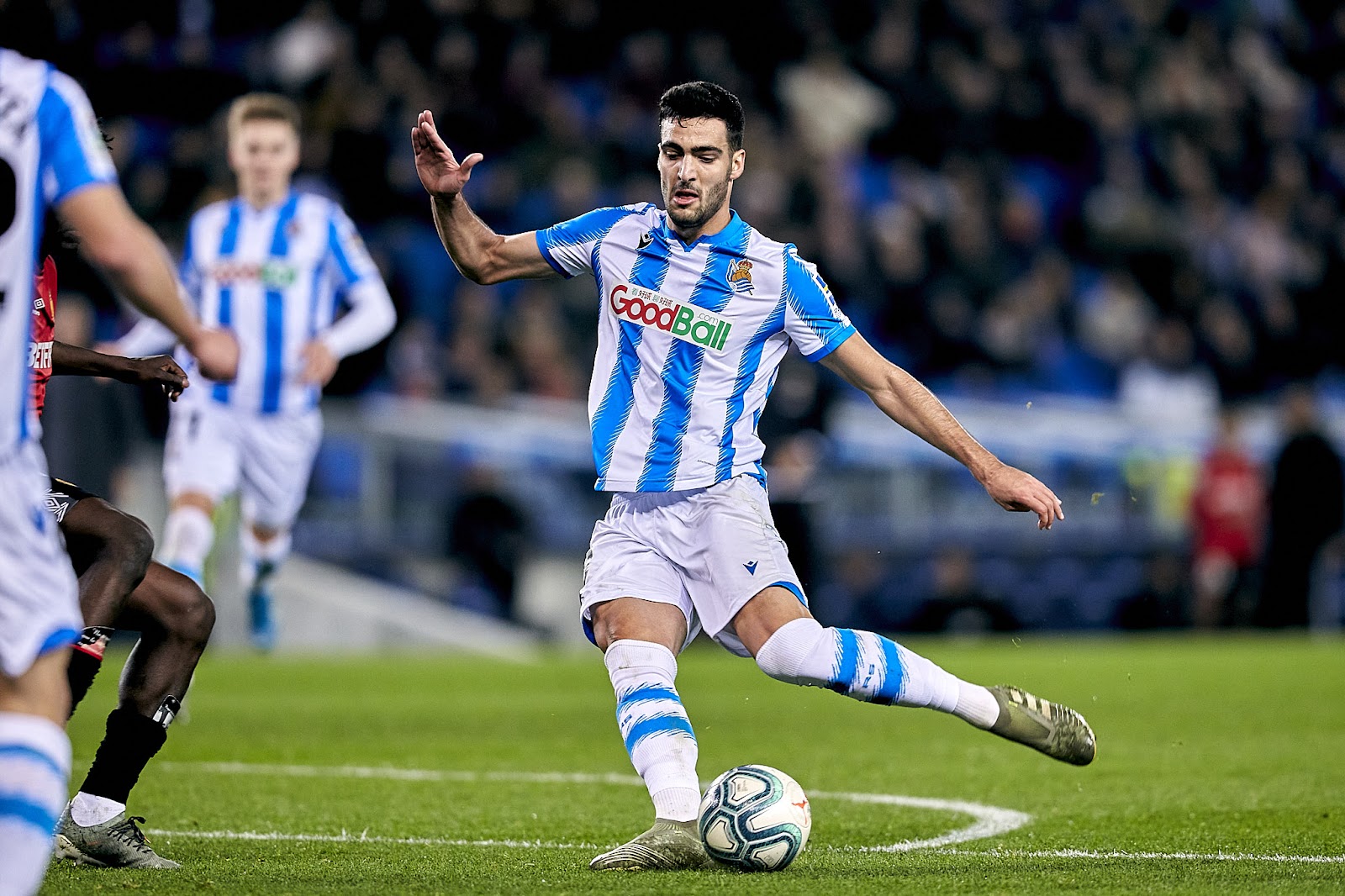 Q: You have been under some coaches, not many though. Enrique Martín Monreal, two others at Osasuna, Thomas Tuchel at Borussia Dortmund, also Rafa Benítez… what are the differences you see with Imanol? What does Imanol transmit you as a coach?

A: Well, Imanol is a very complete coach. He deals very well with the defensive and the offensive aspects and he is brave above all. I had not seen such a brave coach for such a long time, giving so much freedom to the players, getting hold of the mistakes we make. If we give a bad pass, he assumes it as his mistakes because he makes us do it because he knows that's the quickest way to get to the opponents goal and the way that will bring us closer to the victory. I believe that he makes things pretty clear and that he gives you all the solutions you can choose. You never have just one thing to choose from, you at least have two or three choices to make and then he always gives us the freedom to make up things that can change the game. 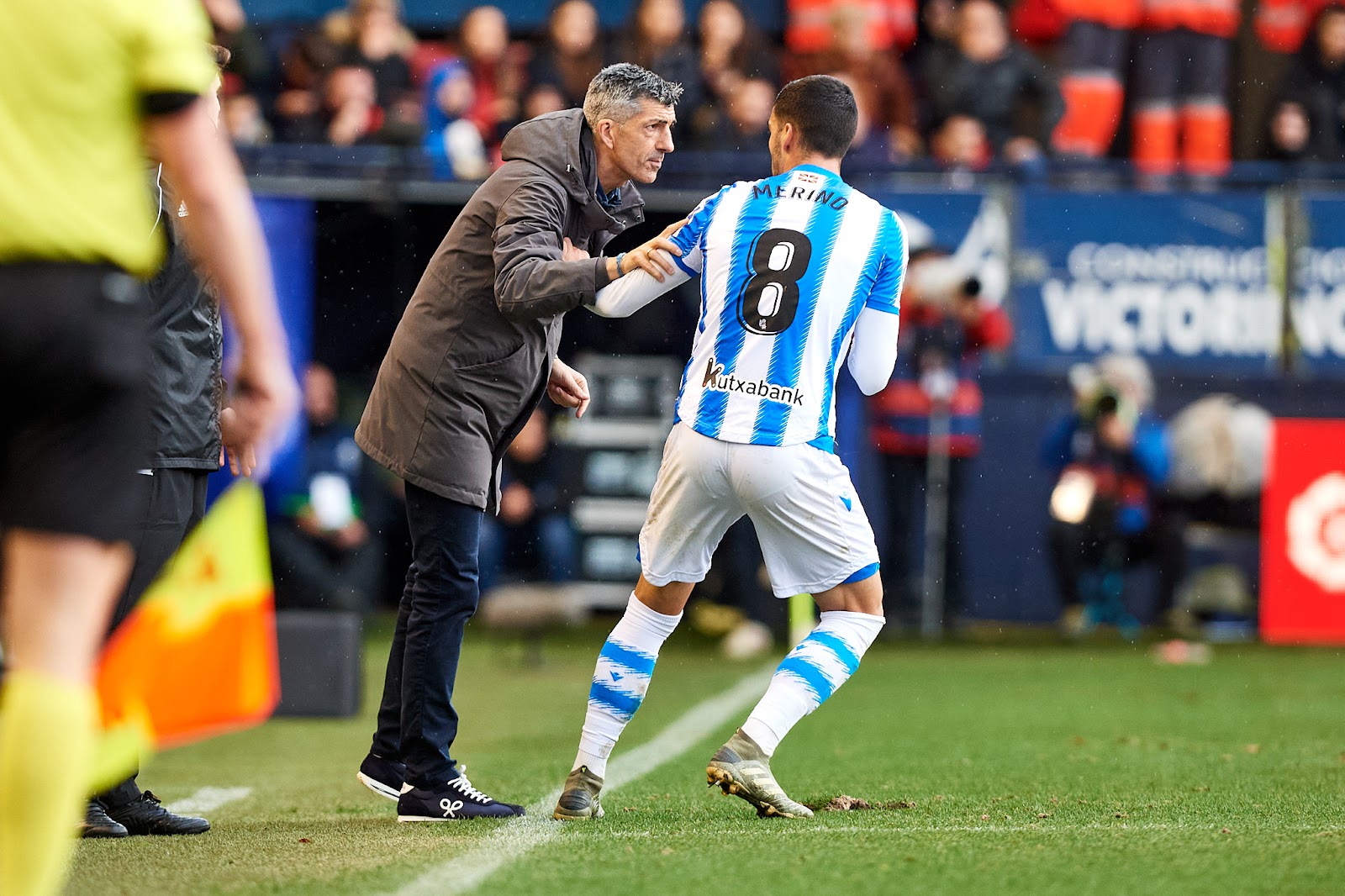 Q: How would you define yourself as a player?

A: Since I was a kid, I had the idea of becoming the most complete player possible. I think that this is what it means being a good footballer. I think it's not good enough being good only in attack, only in dribbling, or only in defending well. What I want is to do everything and do everything good. This is a total footballer for me. I'm trying to improve, I'm in that process, of making everything the best way possible and this is why I have to be good with the ball, to have quality, associate well with my teammates and go up to attack but, of course, and even more being defending midfielder, to defend.

Q: What are your goals in the future?

A: Well, I have lots of goals. At individual level, I want to be recognized with the work I'm doing, become one of the best, achieve one day, I hope so, being in the Spain National Team, and of course the main goal is for my team to achieve the goals we have with Real Sociedad. Make the team grow, make Real Sociedad a club that people see as a winner and terrifying. These are my goals now.

Q: How do you celebrate your goals, and why?

A: Well, I always celebrate my goals around the corner flag. I don't score that much but I try to remember this celebration whenever I score. I do it like this because this is the way my father did. My father did it like this for tributing my grandmother, and I think that this is a curious celebration and special that nobody does, and now it is mine. My father does not mind it, so I'm very happy about this.

Q: He doesn't mind or he even likes it?

A: Well I believe that he's proud of his son celebrating goals like he did. This is a homage to him, for everything he's given me and how much I love him and how much I learnt from him.