Bartomeu and board resign from Barcelona with warning to players

Man Utd with no injury concerns ahead of RB Leipzig clash

COMMENT: He's available again. Seven years on. And this time Arsenal can land Luis Suarez for less than that, ahem, extra quid that sparked so much fury back in 2013...

So the question is: do they go for him? Seven years after Liverpool called Arsenal's bluff. The two offers. The second for £40m plus a pound to trigger that buyout clause. Do Arsenal now take advantage of the chaos engulfing Barcelona? Do they offer Suarez an escape from the abysmal man-management of Ronald Koeman? Do they bring the veteran back to England for the new season?

Well, if it's not to be Arsenal, it could well be someone else. Two English clubs - so far unnamed - have been in touch with Suarez about a Premier League career swansong. And amongst the scramble, as this column has learned, Jose Mourinho wants Tottenham to get involved. They may not have been the first out of the gate, but Mourinho is keen. A proven striker who can not only slot alongside Harry Kane, but also stand in if ever the Spurs No9 breaks down again? And all on a free transfer? Mourinho can spy an opportunity to bring forward - and rapidly - the plans he's putting together at Spurs Lodge.

Indeed, clubs have made a stampede to Suarez's door ever since news broke of that now infamous call from Koeman. All "one minute and 52 seconds" of it, as the new Barca coach told the four-time LaLiga title winner to effectively jog on.

So if Mourinho is going to get involved, then why not Mikel Arteta and Arsenal? Why not right the mess that was the summer of 2013? A doomed attempt at signing Suarez which had less to do with Liverpool and John W Henry's resolve than the inexperience and naivety of Stan Kroenke and his support team.

Cycle back seven years and Liverpool weren't the Jurgen Klopp title winners of today. Suarez wanted Champions League football. He wanted out of Anfield. And the chance to play for Arsene Wenger and the Gunners was a move he was eager to make. News of a £40m buyout clause had reached the Gunners board, but rather have Suarez's minders take their offer and deposit it into Liverpool's account, they tried to deal directly, club-to-club. And were left with egg on their face in the process.

Liverpool were actually powerless to stop Arsenal from signing Suarez - if the Gunners had gone through the player. Instead, Liverpool simply ignored their call and lacking the necessary experience of such deals, Arsenal allowed themselves to be talked out of it. Crazy! 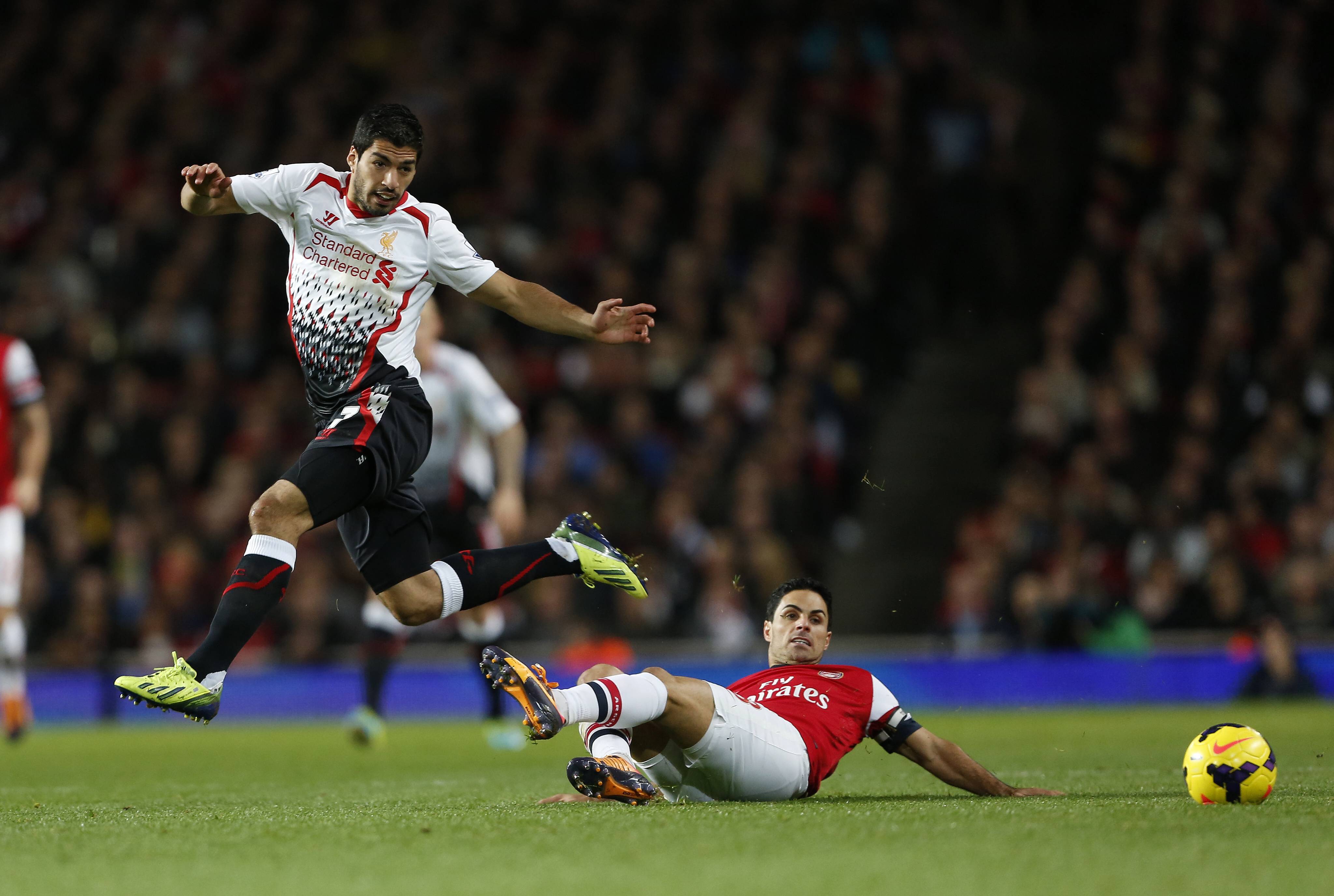 But now they have a new chance to right that wrong. They also know Suarez was willing to join them once - so why not again? Sure, at 33, Suarez isn't the player Wenger wanted all those years ago. But that isn't necessarily a bad thing.

Suarez is now a stronger character. A better personality. A senator of the Barca locker room. And he's still scoring goals - 21 from 36 appearances last season, including 12 assists. Stats which would get the Uruguayan, no matter his age, a start in any line-up across Europe - including Arsenal.

But Suarez is no fantasist. He knows his limitations. Before that call from his new coach, the Uruguayan had stated: "Throughout my career I have accepted to be a substitute. I would have no problem in being one again.

"The competition is healthy and if the coach considers that I should do it from the bench I have no problem."

And this summer, it's a flexible Arsenal. As they've shown with another 30-something in Willian. The Brazilian veteran tempted from Chelsea with the offer of a three-year deal. That over-30 contract policy effectively binned. Edu and co now have the wriggle room to target players who can make an instant impact. And with Barca willing to waive any fee for Suarez, there is a bargain to be had.

A player, like Willian, to lift the dressing room. To improve the on-field performance. And to convince the hesitant that Arteta and Arsenal are genuine about their ambitions. If sharing a locker room with Willian and Suarez can't convince Pierre-Emerick Aubameyang to put pen to paper, then nothing will.

What's more, at his age, Suarez represents no long-term threat to the likes of Gabby Martinelli and Eddie Nketiah. He'll be a senior pro to follow. One to emulate and study. And also one motivated to prove wrong Koeman and certain directors inside the Barca boardroom.

"I remember that in Madrid, the year that Ajax eliminated them from the Champions League, they said that Kroos was finished, they wanted to retire Modric and they said that Ramos was a disaster," Suarez declared last week.

"The following year, everything went better for them and again they formed a legendary team."

Like Willian, Suarez represents an opportunity for Arteta to short circuit his plans and immediately lift the standard of his team. Even if it is simply to stop the player joining Mourinho and that lot down the road, it's a move worth making.

Due to a lack of football nous, it didn't happen seven years ago. But Suarez is available again and in terms of a football decision, Arsenal could do worse than revisit the prospect of bringing the Uruguayan to London this summer.