Liverpool cycle at an end: Does FSG have the appetite to rebuild again?

COMMENT: So does it still exist? That appetite. That desire. Is it still inside this Liverpool setup? That motivation to dig deep and go again...?

In the end, Sunday's result was a mirage. A 3-0 win at Arsenal reads great on paper, but this isn't the Arsenal of George Graham or Arsene Wenger. Indeed, remove the name and beating a team struggling to stay in the top-half of the table is nothing any Premier League title holder would consider significant. But Liverpool did. And reality caught up with them just days later.

At the Estadio Alfredo di Stefano, or the 'training ground' as Jurgen Klopp dubbed it, all those weaknesses we've seen this season were exposed and exploited. Zinedine Zidane has a good Real Madrid team on his hands, but not a great one. That the absence of Raphael Varane - let alone Sergio Ramos - was never even raised post-match said everything about how easily the hosts dealt with Liverpool on the night. A team that finished 18 points clear at the top of last season's table completely outclassed by the third best in Spain.

And as mentioned, that's a team without two World Cup winning centre-halves. Varane's sudden removal was a blow, but Zidane found a way around it. Just as he has for much of the season regarding his captain. No-one doubts the importance of Ramos to this Real Madrid team. But somehow Zidane and his players have managed to overcome the skipper's absence to not only get themselves back into contention for the LaLiga title, but also now to have one foot inside the Champions League semifinals. Indeed, Zidane even experimented with Casemiro at centre-half earlier this season as his defensive options were struck by injury. Remind you of anything, Liverpool fans...?

But this isn't about Klopp. Nor his players. European champions in 2019. Premier League winners 12 months later. This group have reached the summit. Indeed, you can argue for the investment made, they've exceeded expectations. But now reality is dawning. And clearly this is a team coming to the end of it's cycle. The question now is: do those in control of the purse strings have the appetite to go again?

Before this season. Before that game at Goodison Park. It's all been an upward trajectory for Liverpool and their owners FSG. Yes, there were stumbles. But there was never a slide. Never any hint of a decline. Liverpool, under this ownership, were always looking up. Always going forward. You could see they were building towards something. 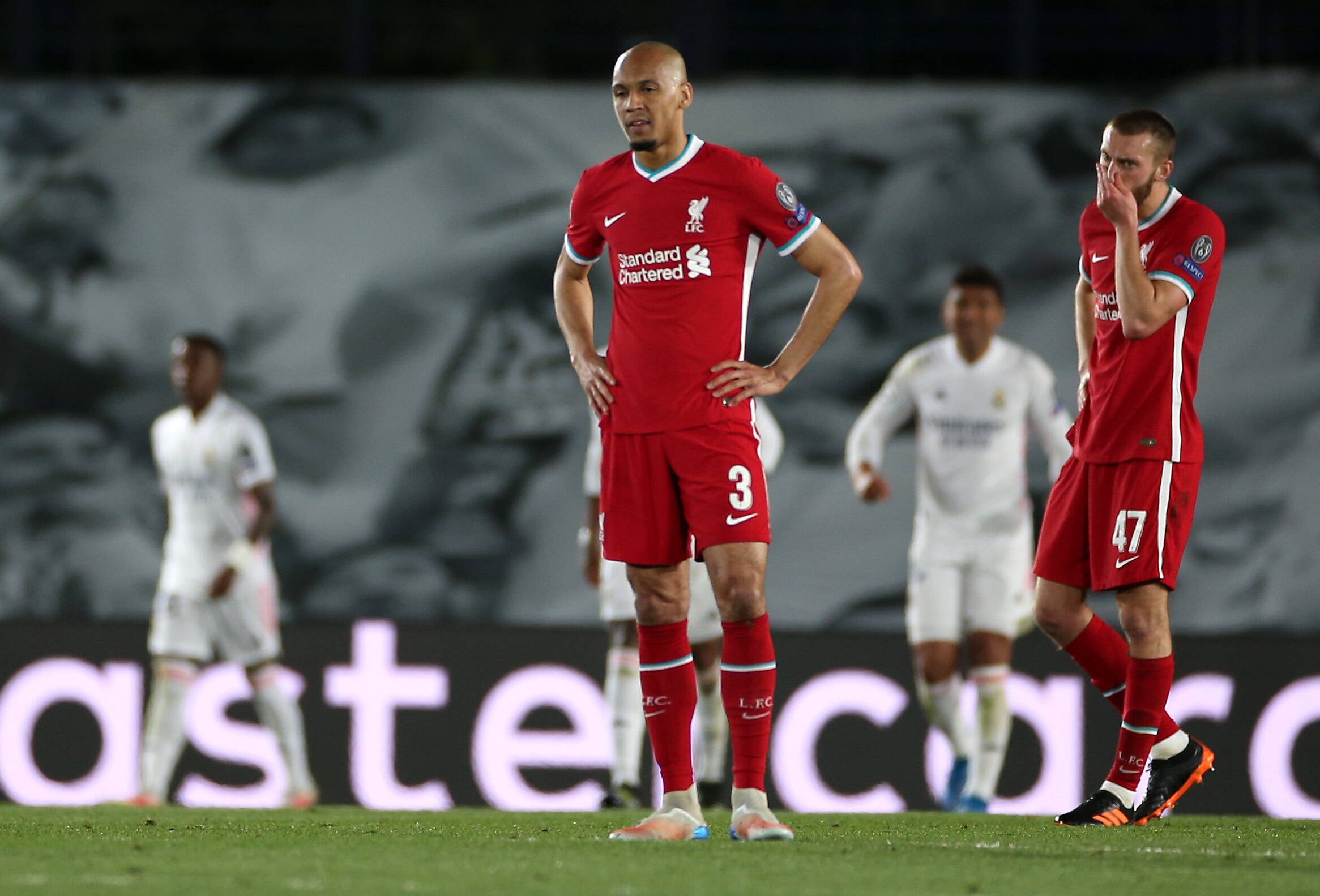 But now? Now we'll see whether it was this season that was the exception - or the previous one. Because this team. This club. It has stood still. And in the Premier League, if you're treading water, you're always going backwards.

Klopp hinted at the state of things during the winter market. There was simply no convincing the board to release funds for the defenders he wanted. The message being: the money's not there.

“I am not a five-year-old kid any more and if I don't get what I want I start crying," he said a week out from the deadline. “Most of the time in my life I didn't get what I wanted, so pretty much used to that. We talk about a centre-half, and yes, it would help 100 percent.

“We discuss the situation pretty much on a daily basis, and I make recommendations.

“But I cannot spend the money. I don't make these decisions. There are people who are responsible for the whole thing, and I cannot make their decisions."

Then days later, came that little flurry on deadline day. Some positive press. Some big headlines. But again, it was a mirage. Getting Ozan Kabak and Ben Davies through the door read well on paper. But Kabak was a loan deal from Schalke. Davies, who we're still yet to see, was signed with £500,000 down from Preston North End. This wasn't the stuff of a global power.

And the concern must be, could this be the norm for Liverpool in the coming transfer windows? All that talk about Nike, Klopp and the Mbappe family... when Liverpool are scrambling for loan and Championship transfers? It just doesn't chime.

Nor does the hype around this new investment by RedBird Capital in FSG. Again, numbers like £533m make great headlines. But when you get into the detail, there's reasons why FSG agreed to give up another stake in their organisation. Liverpool lost £120m last year. Boston Redsox, FSG's priority, lost even more. Selling this 10 per cent holding was about cashflow. Covering those losses. The idea that suddenly Klopp has all this money at his fingertips is fantasy calcio.

RedBird are a private equity firm, founded by a Goldman Sachs exec - and it must be said it's interesting watching the local press talk this partnership up. They're not football fans. They're not Roman Abramovich. Nor are they Sheikh Mansour. They want to make a profit. While the likes of Chelsea and Manchester City are preparing to go into the red again for the sake of football, can you really imagine a US equity firm doing the same?

And it could get worse. Missing Champions League qualification and a potential £70m injection isn't going to help with the transfer budget - nor the wage bill.

The great irony is that Liverpool, for the past two years, have had the best team in Europe. With the best players. And the best manager. For all the moaning of John W Henry, there was no Mickey Mouse draft nor salary cap to hold FSG back. It was all in place to build from a position of strength.

But they didn't. And they haven't. And now having reached the summit, this team is on the slide - and doing so fast. The question is: for this Liverpool setup, is there an appetite to rebuild and go again?