Amongst the coyotes and cacti splintered across the arid desert plains of Arizona lies the city of Phoenix, home to every major sports league in the United States, except that is, for the world's biggest: football.

But there is an organisation which is trying to change all that...

Previously known as Arizona United, Johnson led the re-branding to Phoenix Rising, a name that became known around the world when they recruited Chelsea legend Didier Drogba in the twilight of his career. The Ivorian also purchased minor shares in the club, whose push into the mainstream coincided with their ambition to become an MLS franchise.

Speaking at the MLS's annual state of the league recently, commissioner Don Garber dealt a blow to Phoenix's chances when he announced that Charlotte were "front of the line" ahead of Rising and Las Vegas, who also compete in the United Soccer League (USL).

This is not the first time Phoenix have received a blow to their MLS plans. Rising first entered the race for expansion in 2017 and have since watched Miami, Cincinnati, Austin, Nashville, St. Louis, and most recently, Sacramento, all awarded MLS franchises.

But after a record-setting season in the USL, the country's official second division, Johnson says the Rising ownership is optimistic about their future, with or without MLS expansion.

"We've got a good relationship with MLS," Johnson tells Tribafootball.com. "We've got a healthy dialogue and obviously Phoenix is an attractive market. I think our ownership group is good and unlike some other markets that have gotten ahead of themselves relative to that whole discussion.

"Sacramento is a good example. God bless that they're now getting a franchise. But most Sacramento fans thought they were going to get it three years ago. They had a lot of twists and turns, ups and downs.

"So from our perspective, I'm confident that as an ownership group we feel very patient relative to how it unfolds. We couldn't be happier with our progress in USL and our intention based on our current success in USL." 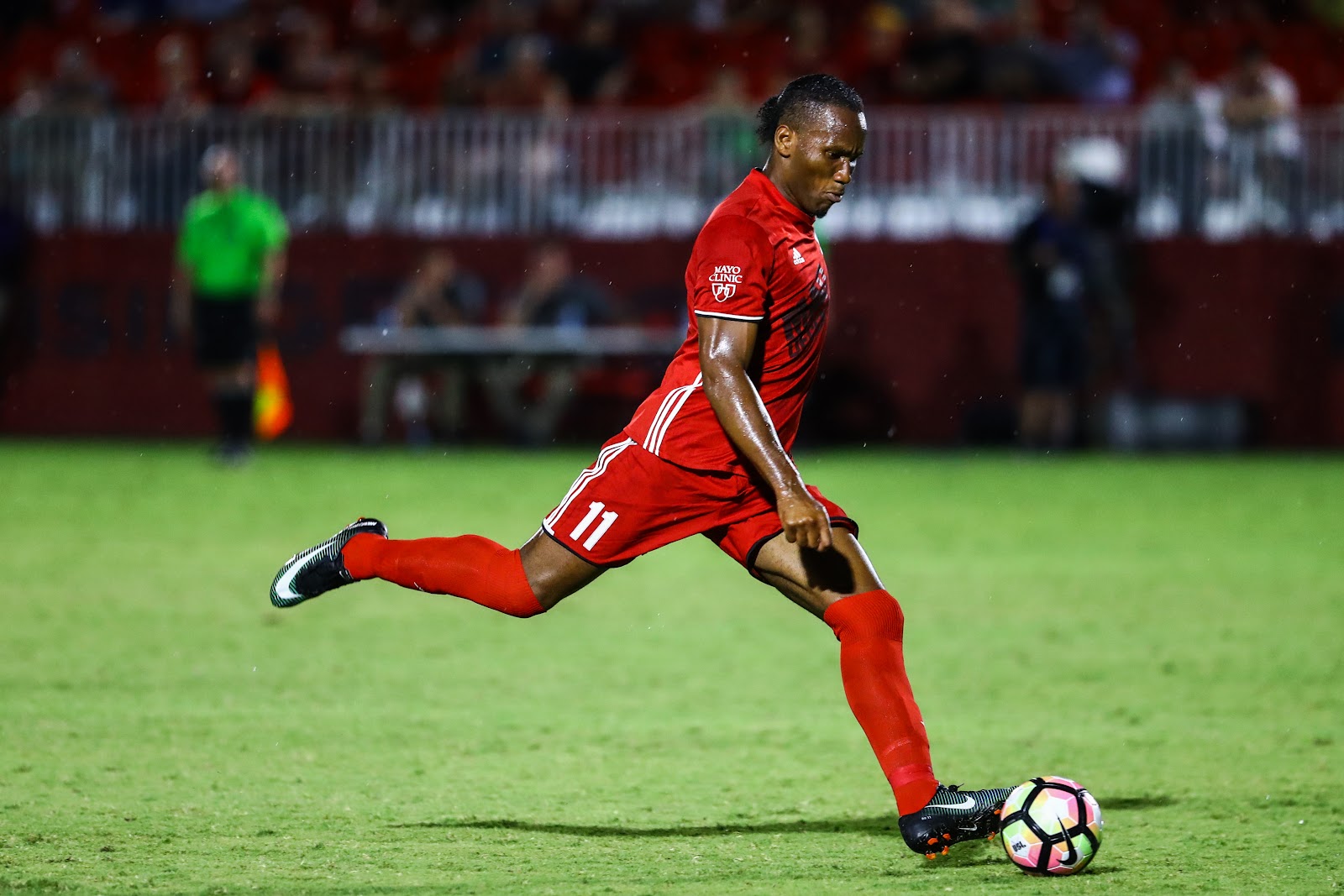 There is hope that Garber and MLS will expand beyond 30 teams, given soccer's rising status in American sports, with reports suggesting that number could reach 32.

Regardless, Johnson feels confident that the growth of football, which saw nearly 70,000 people attend the MLS Cup final last month, is contributing to a stronger USL.

The USL Championship, as it is officially known, is home to 34 teams spread across two conferences. Not all teams are stand-alone, a number of MLS franchises have a second team competing in the lower division, similar to major clubs across Europe's biggest leagues, except in England.

Johnson pointed to Landon Donovan's investment in San Diego, a new Queensboro team backed by David Villa, as well his own investment - through Fortuitous Partners - in a new USL franchise in Rhode Island, as examples of USL's continued growth.

"I absolutely think it's paramount for people to recognise just how strong USL has become and just how viable of a product it is fielding.

"I can talk out of both sides of my mouth. I love MLS, I respect MLS, I'm indebted to MLS and anyone who is investing in soccer in the United States or anywhere around the world. It requires a 100 per cent of your time, it requires a disproportionate amount of capital, a lot of teams are losing money in this regard, so you've got to figure out how to build up a fan base, build up a community and figure out how to monetise these for the long haul.

Johnson recognises that Phoenix's main problem is where they will play their home matches, which is something one of their expansion rivals is attempting to solve.

The MLS has made it a priority to accept franchises with soccer specific stadiums, or NFL stadiums located downtown, such as Atlanta United's Mercedes Benz Stadium, which has allowed the franchise to evolve into the league's most valuable in just three seasons.

The success of LAFC's smaller 22,000-capacity stadium has also paid off given it has fostered one of the league's best atmospheres in only its second year of existence.

Phoenix currently plays at Casino Arizona Field, a 6,200 capacity stadium that is football specific. There has been talk of Rising using the home of NFL franchise Arizona Cardinals, the 63,000-capacity State Farm Stadium, but Johnson wants the club to emulate the atmosphere created by LAFC.

"I think that [State Farm Stadium] is a little too big, and to MLS and USL's credit, they are increasingly looking for soccer specific stadiums.

"And so if you see what's going on with these markets like Louisville, Baltimore and Rhode Island, ownership groups are developing soccer specific stadiums from the outset and if you look at Phoenix Rising, while we've got a small modular stadium, once we put that flag in the ground it absolutely transformed the trajectory of professional soccer in the state of Arizona.

"Prior to that we were playing in a baseball stadium. As long as NYCFC plays in Yankee Stadium there's going to be an asterisk next to the success of that club.

"You can't play in a baseball stadium, you can't play in a modified NFL stadium, from my perspective. I guess all due credit to Atlanta and what they've built there, but I live in Los Angeles and I think LAFC have done an exceptional job with their stadium, their culture. 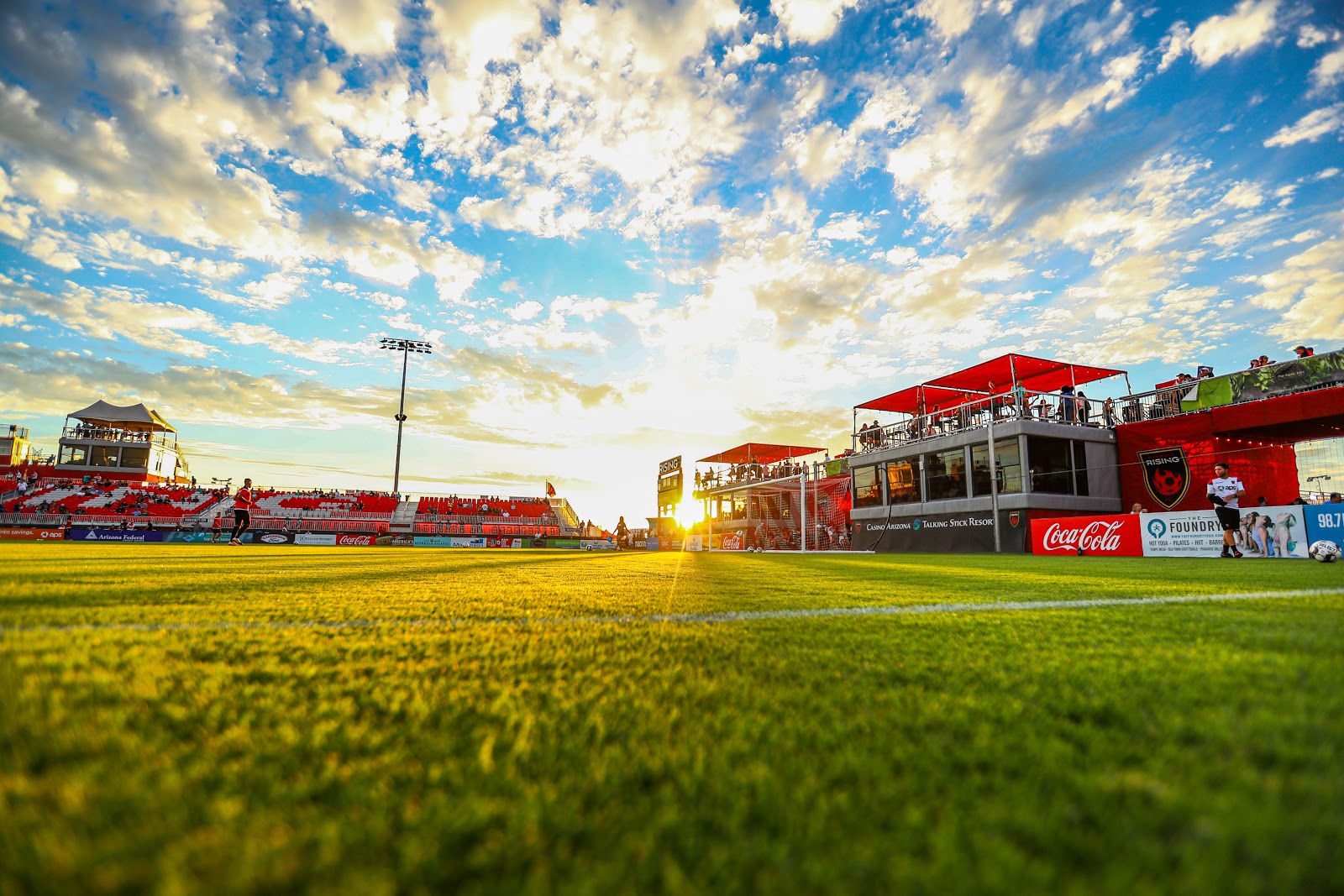 There are more reasons for Johnson to take inspiration from LAFC, according to Tim Grainey, a reporter for Tribalfootball who has covered men's and women's professional soccer in Phoenix since 2006.

Similar to Los Angeles, Phoenix is close to the Mexico border - 565 kilometres to be exact - and home to a large population of Mexican and Hispanic communities.

From the outset LAFC endeavoured to connect with those communities and tap into their passion for football. They cultivated immense support by introducing safe-standing zones, encouraging 'tifo' and recruiting big name stars such as Mexico international Carlos Vela.

When Mexico played Haiti in the Gold Cup semi-final this year in Phoenix, State Farm Stadium was packed to the brim with 64,128 supporters, breaking their record for an international soccer fixture.

"You've still got this dichotomy in Phoenix of people following the Mexico league," says Grainey.

"The previous owners brought the Mexican U20/U23 team up once and that game had 4000 people there and the next game the team only had 200.

"A local fourth division side, FC Arizona brought up Guadalajara's second team this year and it was a fantastic experience, filling a 2,000 seat stadium in Mesa. Largely, Phoenix soccer teams over the years have yet to tap into that core Mexican soccer fan market and that's been the problem."

"In the past, local soccer promoters have tried to say 'let's bring in a second team and let's have Pachuca or Club America of Mexico own it.' That didn't work for Chivas in Los Angeles for MLS and it wouldn't work for a minor team here. There's been all these different scenarios, including one to play indoor soccer outside at an abandoned dog-racing park.

"So what Phoenix Rising has done in a space of three years is absolutely amazing—they have created a central location for all soccer fans and a reputation of doing things first class. The next step in their growth is to galvanize the Mexican soccer fans to also support Rising." 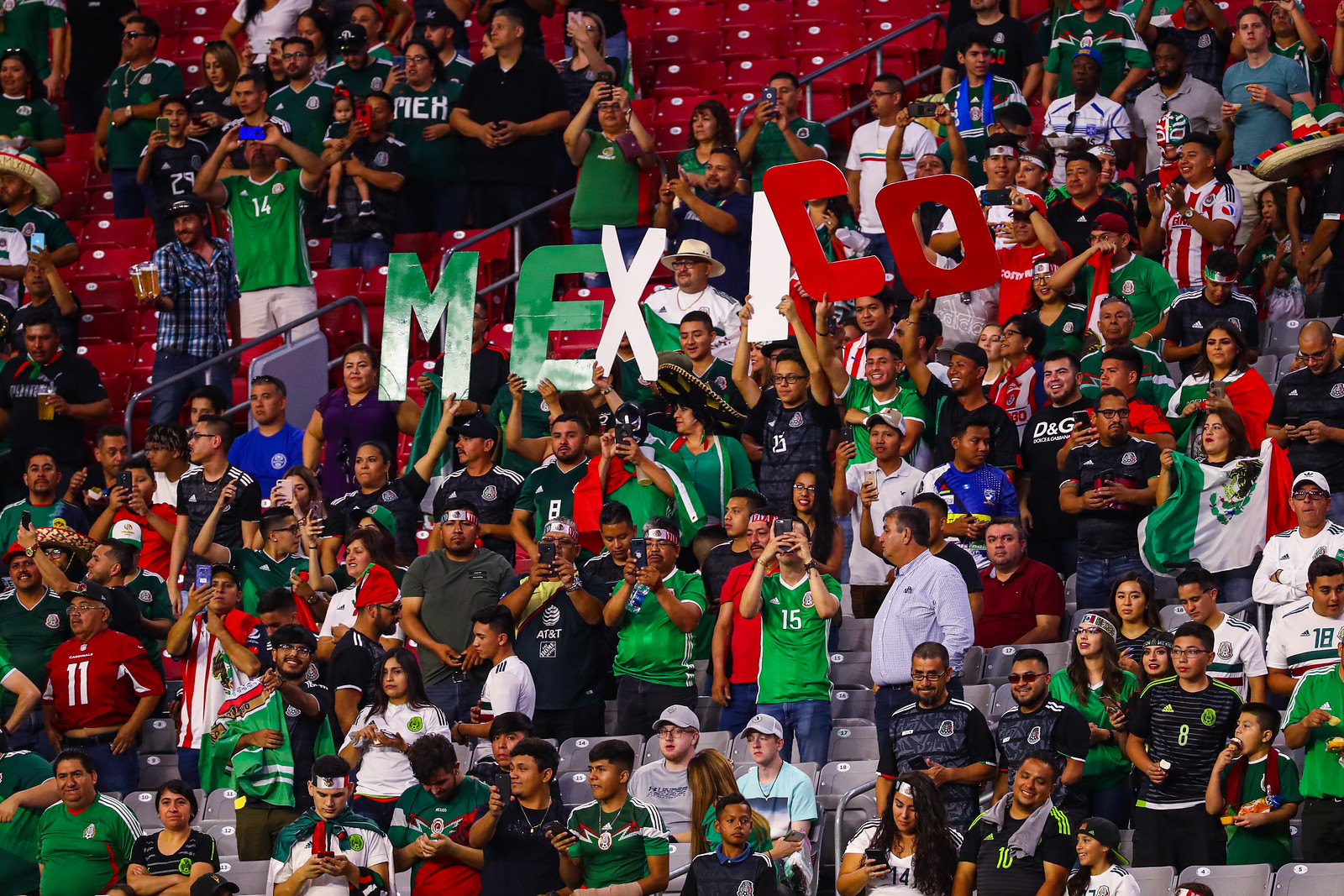 While connecting with Phoenix's Mexican population might be tough, Rising could always revisit the well-travelled path of recruiting a big name star.

Drogba remains an important part of the Rising franchise, even though he stopped playing in 2018. And he isn't the only high-profile minority owner, with famous DJ Diplo and Fall Out Boy bassist Pete Wentz having also invested in the franchise.

On the pitch, Phoenix brought in former Liverpool U23 captain Corey Whelan last summer, as well as tapping into African football two seasons ago by bringing in Ghanian international Solomon Asante, who has scored 36 goals in 68 appearances.

And given Drogba's impact, re-visiting a similar recruitment strategy in the future is an option for Johnson.

"Potentially. I don't have enough positive platitudes to express my respect for Didier Drogba and his impact on Phoenix Rising, and I think the signal that he sent to the world relative to joining a USL franchise.

"The credit goes to my co-chairman Berke Bakay. I consider it to be one of the greatest feats in professional sports in signing a legend like Didier Drogba to come finish up his career in Phoenix with Phoenix Rising. I think we are certainly seeing teams that are signing guys but I don't know when the next Didier Drogba-like signing will come to the USL."

Despite all the attention drawn towards MLS expansion, Johnson feels proud to have brought Rising to where they are today.

"We try and say this with modesty but I think we kind of punch above our weight class. We've got a great partnership with Galatasaray, Didier is part of our ownership group, our coach just reeled off 20 wins in a row to put our mark in the history books. We've got an unbelievable fan base in one of the great sports markets and one of the most competitive sports markets in all of the United States.

"So from that perspective again, we feel very good about what we're building in the state of Arizona and how we're investing. And we're in this long haul and looking forward to seeing the growth of professional soccer and we're excited about the World Cup coming to these shores [in 2026] and I just feel over the time the US as a place for fans of the sport, players of sport and investors of the sport, it's going to go up and to the right."