Italy have recorded their second 3-0 victory in as many games, putting in a commanding performance at the Stadio Olimpico and sealing a place in the round of 16.

From the first kick-off, Italy looked to maintain their image as one of the tournament's most promising and dangerous teams.

Switzerland, coming up against the group favourites started the game very negatively, sitting deep in defence and letting the Italians control the ball high up the pitch.

Italy looked to play quite a lot through the left side of Spinnazola and Insigne, with both offering a lot of menace driving down the wing or cutting inside. 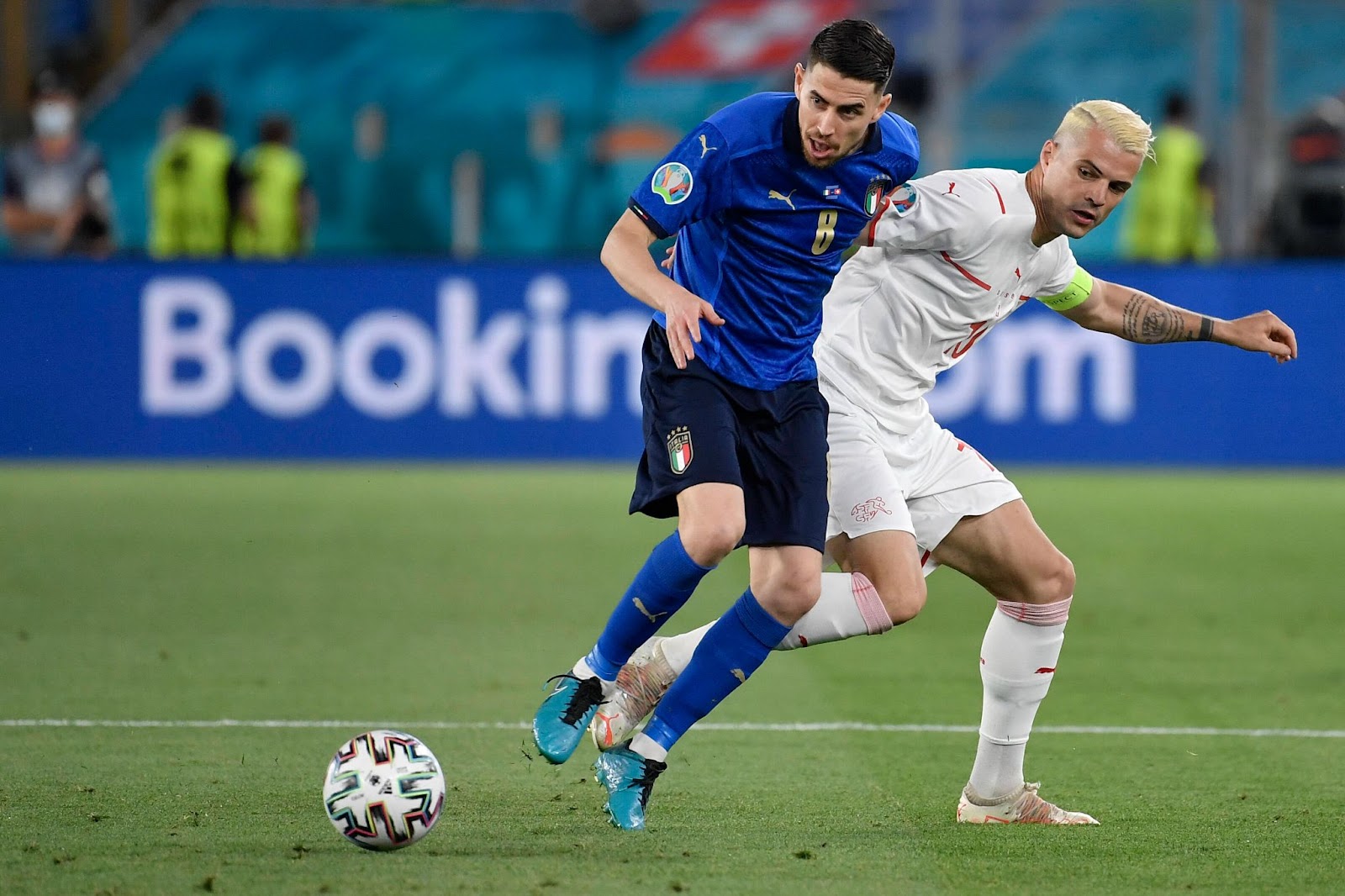 The Italians looked to have had their reward for an assertive start, when an Insigne corner in the 18th minute was controlled down by Chiellini and smashed into the back of the net; his first goal for his national side in over 2 years. However upon inspection, the ball hit Chiellini's arm in the process and was ruled out by VAR.

Things went from bad to worse from Chiellini, when 5 minutes later he was substituted off after injuring his hamstring.

A couple of minutes later however and Italy did have the lead after a simply sensational move by the side's Sassuolo duo.

Locatelli, well inside his own half, fired a magnificent first-time volley out to Berardi on the right wing, who controlled the ball and drove towards the box. Taking on the defender Berardi cut outside onto his right foot and squared the ball into the 6-yard box where Locatelli was there to finish off the move, passing the ball into the back of the net.

Switzerland after the Italy goal gained a bit more control in possession, but struggled to create meaningful play, making a lot of sloppy errors on the ball, largely due to the Italian press. 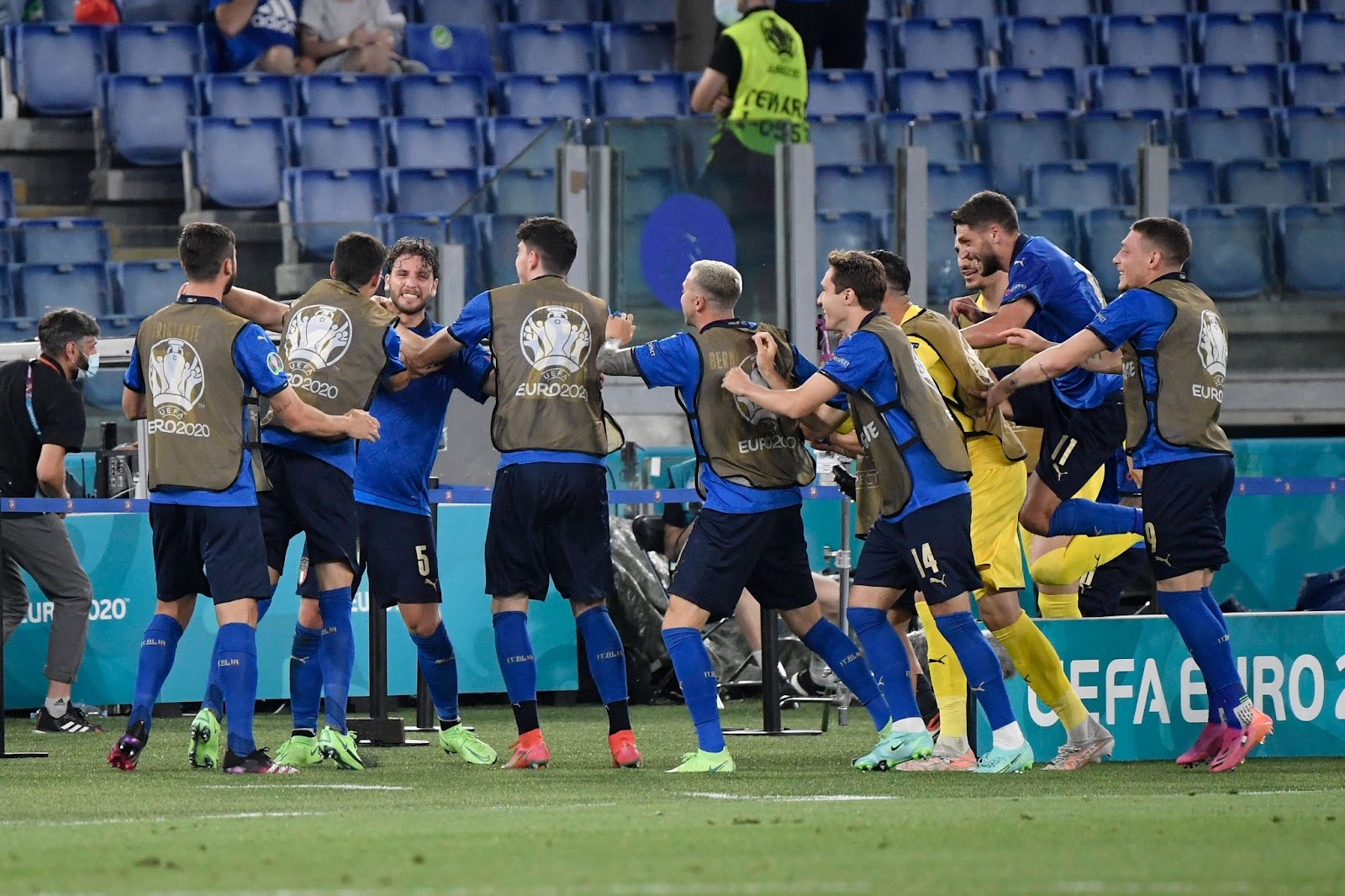 Switzerland came out with a bang following the half-time interval, pressing high and looking assertive with the ball.

However the Swiss's more positive approach left spaces in behind for the Azzuri to exploit.

And exploit they did. In the 50th minute, an Italian counter attack on the right-hand side saw some nice build up play involving Berardi, Di Lorenzo and Barella. The ball finished up at the feet of Locatelli, who let rip on his left foot from outside the box, powering his shot into the bottom right-hand corner. All Sommer could do was watch as the ball rocketed past him into his net.

At 2-0 up Italy were in full control. Switzerland kept fighting, with Shaqiri remaining the creative force behind many of their plays, however they lacked venom at the top of the pitch, with Embolo kept very quiet.

Italy looked to continue to hurt Switzerland and it was only a matter of time before they scored a third.

Ciro Immobile, after missing a few gettable chances in both halves, made amends for a relatively sloppy performance by his standards, scoring in the 89th minute.

After winning the ball back, Toloi played the ball to the front-man, who turned and shot from well-outside the box, beating Sommer into the bottom left-corner.

Manuel Locatelli after a superb performance from midfield, was brought off late in the game, and received a standing ovation from his team and the crowd in Rome. 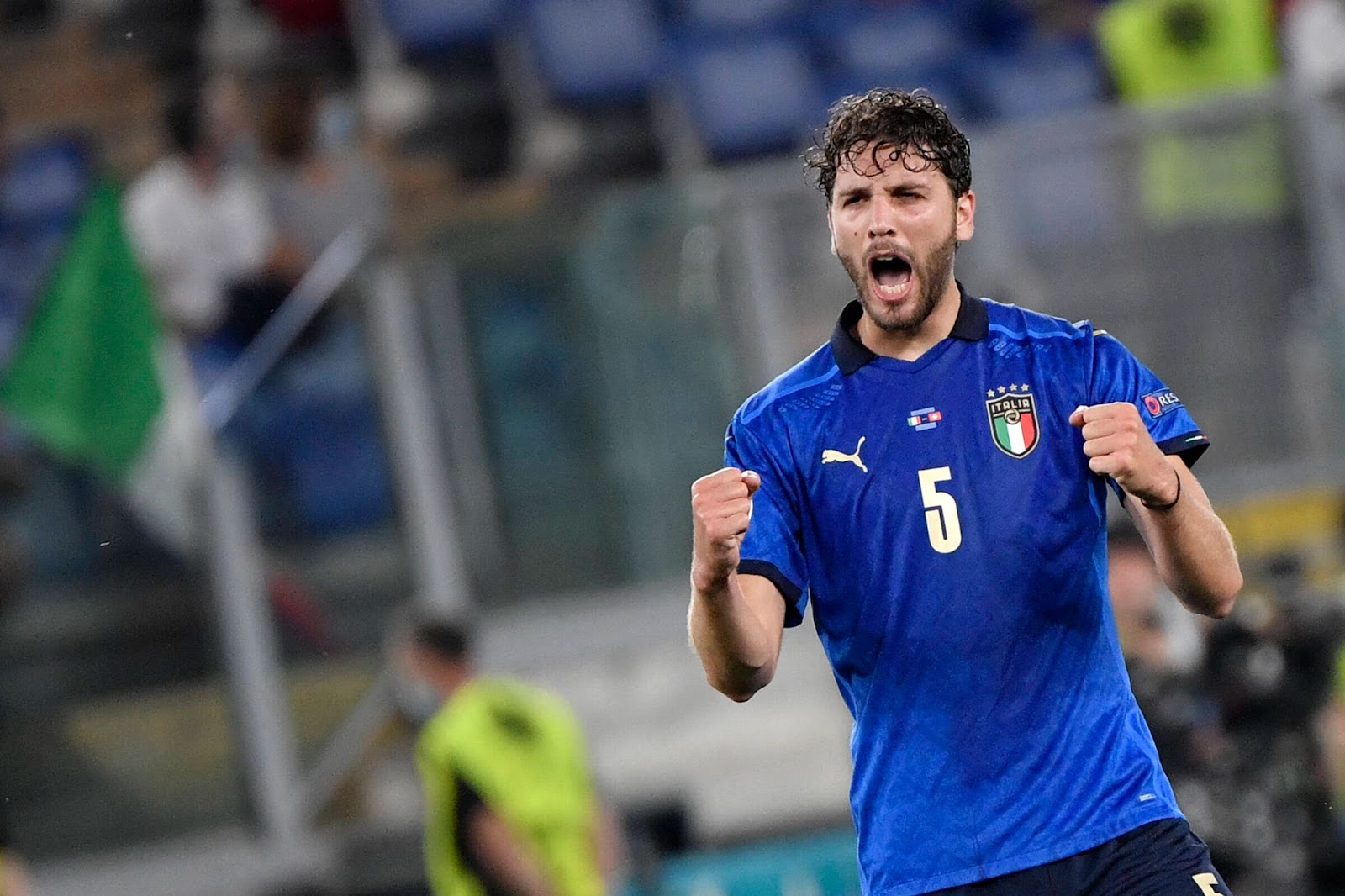 Plenty to cheer about for Locatelli

After 3 minutes of injury time, the referee blew his whistle in Rome, sealing a place for Italy in the round of 16.

At 3-0 it was a deserved performance for the Italians, outplaying their Swiss counterparts for the 90 minutes.

This sets up an intriguing last set of fixtures in Group A, with Vladimir Petkovic's side still optimistic for a place in the round of 16, coming up against the goalless Turkey side on Sunday.

For Italy, they face Wales again at the Olimpico, with a chance to rotate their squad to prepare for the knockout stages.

Man of the Match:Manuel Locatelli