COMMENT: Trophies? Guaranteed success? Not today. The present Manchester United can't offer such things. But what they can offer - and have done so long after Sir Alex stepped away - is money. Fat contracts. And for one player on the open market - and his agent - that could be all that matters in the final weeks of this transfer window...

Going into this market, Ole Gunnar Solskjaer could see an opportunity. As other clubs pulled back, United, with their cash resources, were ready to "exploit" what was ahead of them. Or so he - and United's brainstrust - thought.

"There might be just a situation there where you can exploit," declared United's manager back in April, "and I know that we at Man United we are one of the biggest and financially well-off. I'm sure we are capable, when we get back to normality, that we can do the business that we want to."

Fast-forward a few months and things haven't panned out as planned. But if this was the strategy inside Old Trafford - and something still maintained today - then there is an opportunity for Solskjaer and co to indeed exploit.

In Germany, United's focus has been on Borussia Dortmund and their young England winger Jadon Sancho. But while personal terms, even agents' fees, have been ironed out, there's been no budging from the Dortmund over a price. And given what's been promised to the club's support by several directors these past few weeks, United must know there's next to no chance of a discount on their €120m valuation.

But there is an opportunity in Germany. And one which would not solve one problem facing Solskjaer this season. But two. Maybe even three.

David Alaba has gone to war. He didn't take on Pini Zahavi this year to simply go along to get along. Now well inside the final year of his Bayern Munich contract, the Austrian wants to be paid what he's worth. And both he and Zahavi agree, that price currently sits at €400,000-a-week.

For the moment, well for weeks now, the demands have left Bayern stunned. But not silenced. And the vitriol coming out of the boardroom is pushing Alaba ever closer to the exit door.

"He has a greedy piranha for an agent," declared Karl-Heinz Rummenigge, the club's chief exec. "He lets himself be influenced by him very much. This is really all about the money. He is already at the best club in the world.

"Where else would he go? We had a coffee several times over the past weeks, but because of Zahavi there has not been a result yet." 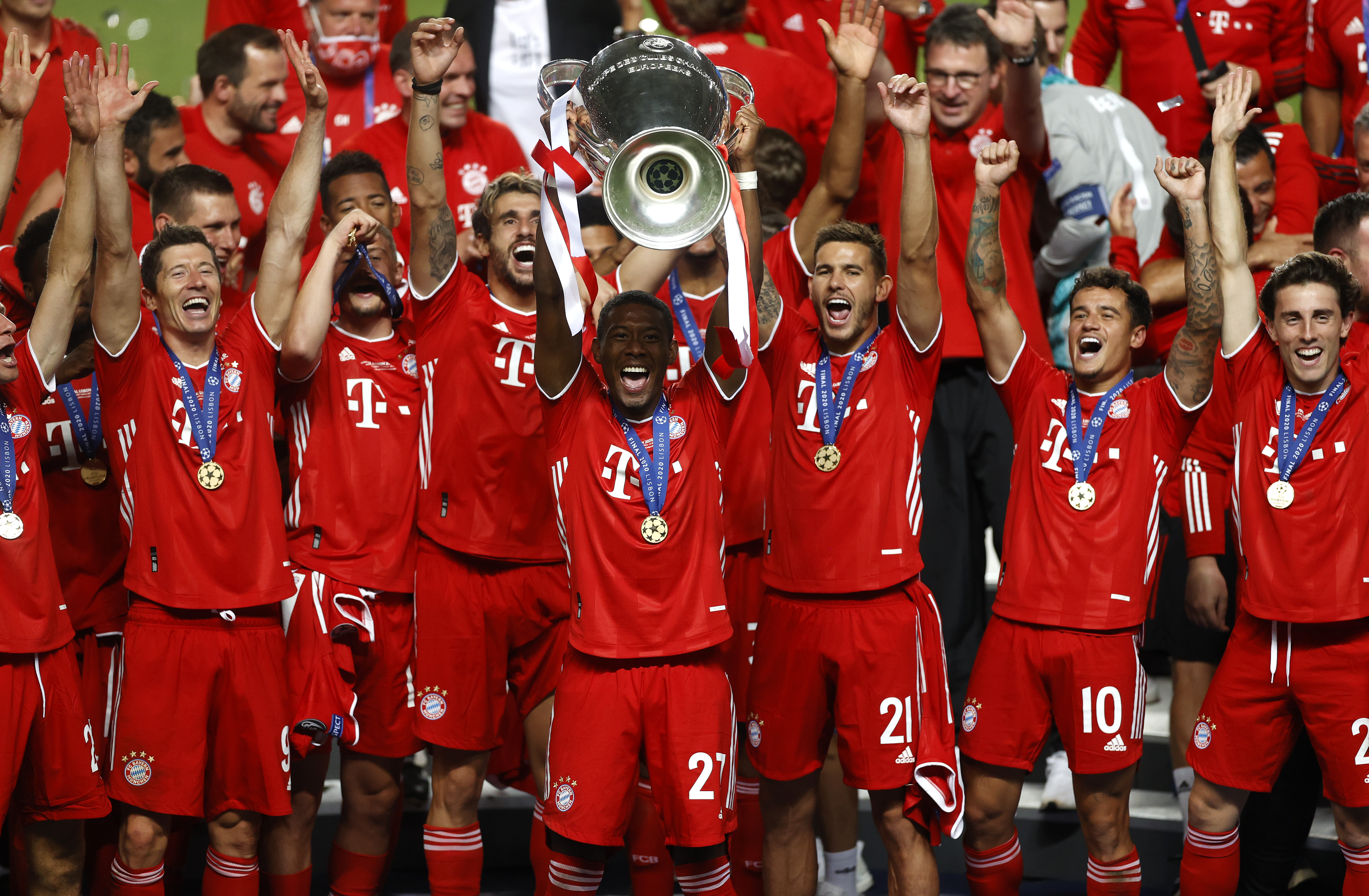 That blast was made a fortnight ago. And things haven't progressed since. With time ticking on this window, Rummenigge, Hasan Salihamidzic and the rest of Bayern's powerbrokers will be confronted with a choice: sell now, or risk losing Alaba for nothing in less than a year's time. And given the current financial state of football and their reluctance to meet Alaba's demands, there's good money they're leaning towards the former.

Of course, in a perfect world, United don't get close to Alaba. Medal after medal. Achievement after achievement. Alaba has long been associated with a move to Spain, where both Real Madrid and Barcelona have followed his progress since his first days with Bayern as a 16 year-old. Indeed, it's no secret that Florentino Perez, the Real Madrid president, has made multiple attempts to prise Alaba away. Only Bayern's reluctance to do business - and their constant €70m-plus appraisal - blocking Florentino from landing his man.

But now things have changed. With just months on his contract. And personal demands Bayern refuse to meet. There's an opening. But unfortunately for Real and Barca, it appears the timing has gone awry on this one.

For Barca, a change of coach means a change of approach. Ronald Koeman has already settled on his defensive signing - Sergino Dest, of Ajax. And inside La Masia, the club's football staff have also long settled on bringing Eric Garcia back from Manchester City. As much as they admire Alaba inside the Nou Camp, other defensive targets have been agreed upon and pursued.

At Real, it's even more set in stone. Zinedine Zidane, immediately after victory at Real Betis on Saturday, shut down talk of adding to his squad before the deadline.

“No," was his sharp response, "we spoke about this before. "I'm happy with the squad that I've got."

So they're stuck. Alaba and Zahavi. As Rummenigge says: "Where else would he go?" But that's counting on Alaba being happy with his lot. And at 28. Knowing he's now in his peak years, both in terms earning and football potential. The Austrian clearly wants other things.

And this is where United have their chance. As Solskjaer predicted, in a normal year. In a normal market. They wouldn't get close to a player of Alaba's level. But they can this summer. And with it, Solskjaer would solve multiple problems.

A player who can boss a midfield. Who can run tirelessly up and back on a left flank. And now one, despite his smaller stature, as accomplished as any centre-half in the physically robust Bundesliga. In one fowl swoop, Alaba would solve everything that has been weighing down Solskjaer since this summer market opened.

The lack of competition and cover at left-back would be gone. The lack of pace at the centre of his back four eliminated. And the concern over a lack of mobile, ball-winning options in midfield alleviated. At €400,000-a-week, those problems for Solskjaer would disappear. And at 28, with nine leagues titles and two Champions League triumphs, his dressing room gets another shot of that winning mentality he's been trying to develop.

And that would be the pitch relayed to Alaba via Zahavi: After the guaranteed success of Bayern, test yourself in a new environment. One where you'll be a leader. Be part of rebuilding a fallen giant. And most significantly, be rewarded for it.

Eighteen years ago, Zahavi took Rio Ferdinand from Leeds United to Old Trafford on the promise from Sir Alex Ferguson of glory and success. Today, with Alaba, he could do the same. But it won't be for guaranteed success. It can't be. United don't do that these days. But they can do contracts. World class contracts. And that's their one shot at a player of the calibre of David Alaba.