For this week's review of the Championship, Brentford shook off their slump to hit five away from home, Luton scoff at meltdown claims and a Tottenham defender again shines at this level.

In 2010 Jeff Bridges won the Academy Award for best actor. It was the fourth time Bridges had been nominated, his performance as a drunken country singer in the film Crazy Heart was fantastic, but the Oscar still felt a little bit like a lifetime achievement award. With that in mind I'm going to use the same justification to make Lukas Jutkiewicz my player of the week, a Championship stalwart who's been giving centre halves a hard time for the best part of a decade. By way of housekeeping the Jeff Bridges analogy means I need to give honourable mentions to Ismaila Sarr and Aranut Danjuma, who would be Sean Penn and Tom Hanks in this scenario, and therefore miss out.

Jutkiewicz can be a brute of a centre forward and his double against Stoke at the weekend brought up a half century of goals. The first was a trademark back post header from Roberts deep cross, with Jutkiewicz leaping to guide the ball into the far corner. The second saw Jutkiewicz in the right place at the right time to follow in a fumbled long range shot and put the game beyond Michael O'Neill's Stoke.

Birmingham have now won three consecutive home games under new boss Lee Bowyer, opening up a nine point gap on Rotherham in 22nd, as the Miller's go into their marathon four game Covid catch up week. I'm struggling to think of any more comparisons between Lukas Jutkiewicz, and the man who played 'The Dude' in The Big Lebowski, so I'll shoehorn in a quote and say, 'The Juke abides!'. 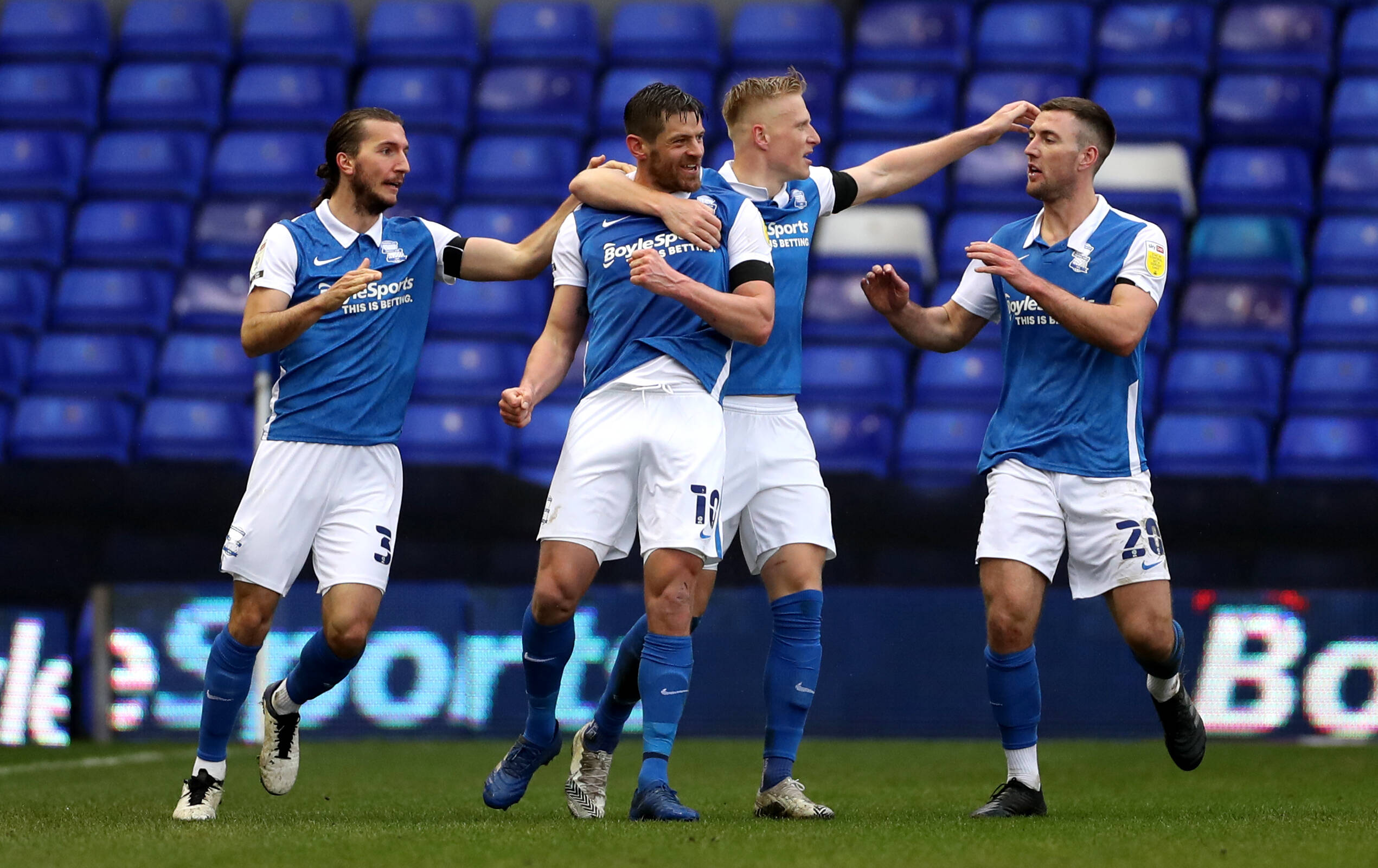 If ever a team needed a nice comfortable away win to get themselves back on track it was Brentford, although Swansea fans might argue that point. The Bees went to Preston having drawn four consecutive games, allowing rivals Watford to streak nine points clear in the race for automatic promotion. The Brentford of the past four games has looked a far cry from the team who had topped the table as recently as mid February and still remain the Championship top scorers.

Brentford have been built on a 4-3-3 for a long while now, with the brilliant forwards Benrahma, Watkins, Mbuemo, and Toney, assisted by a creative midfield, and advanced fullbacks Henry and Dalsgaard. The Bees most recent strike out was a goalless draw against Birmingham without first choice full backs Dalsgaard and Henry, Da Silva in midfield, and Benrahma and Watkins far away in the Premier League. It was time for a change.

Thomas Frank dropped defensive midfielder Norgaard into the back line, gave Mbuemo a slightly deeper role down the left, and started Marcus Forss with the league's top scorer Ivan Toney. The 4-3-3 and the inverted forwards were gone, but so was the big hole left by the absence of the two full backs. It's safe to say that Frank's tactical tweak had the desired effect. Not only did Brentford get a much needed win, but they smashed in five goals past Preston, who had been the first away league winners at the Brentford community stadium earlier in the season.

We'll watch eagerly to see if Brentford stick with their new strategy in their remaining six games, whether it continues to work, and whether it will do anything to put a dent in that Watford lead. 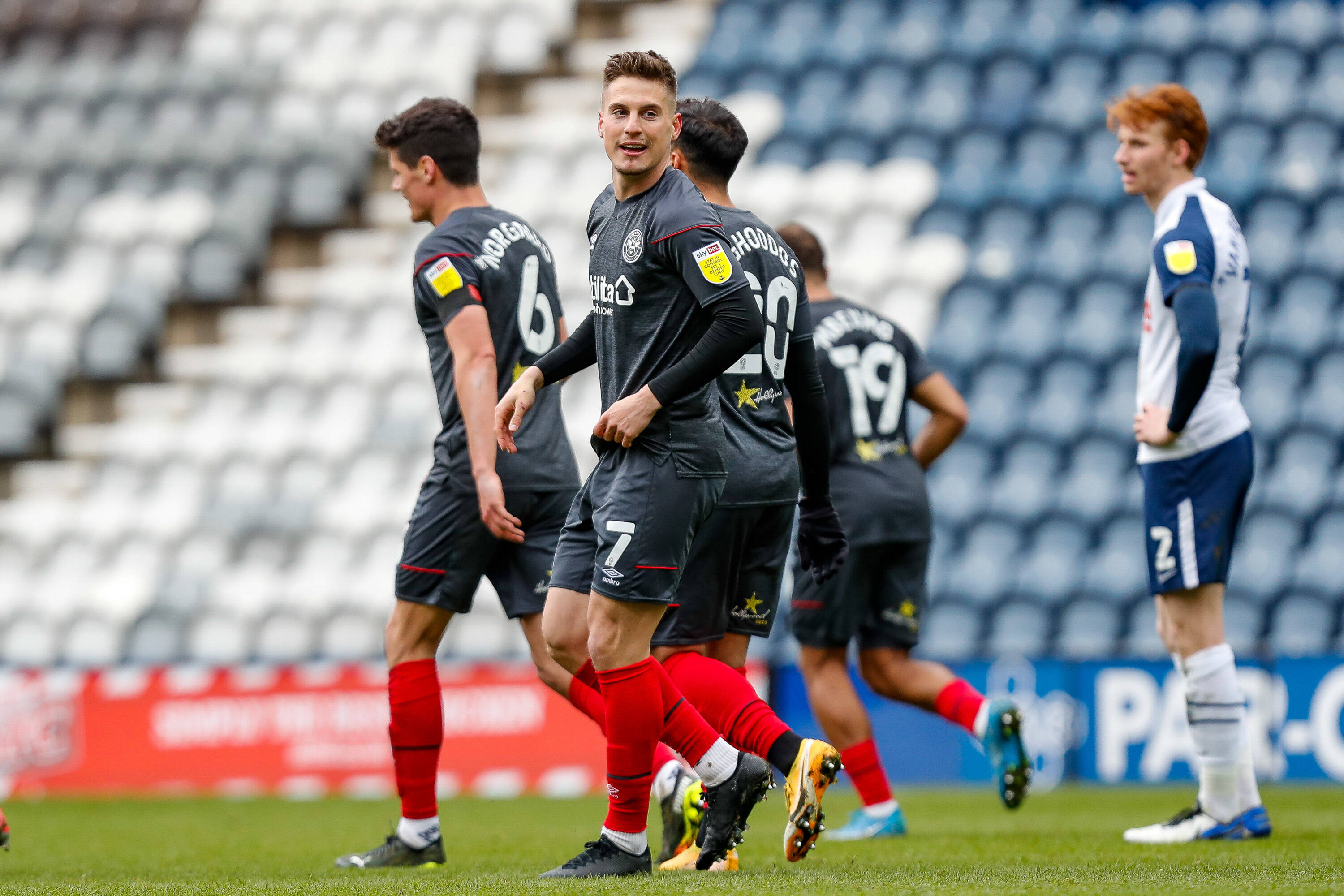 Bournemouth's transfer policy in the summer was fairly transparent, with rumours of big financial problems the Cherries had the goal of raising as much money as possible, as quickly as they could. The three big sales of Ake, Wilson and Ramsdale, were a boost to the club's income. Arter fetched a good fee, and there was also a big cull of players leaving at the end of their contracts. With all of these players leaving, you would have barely noticed Cameron Carter-Vickers entering the Vitality, as one of only two loan signings in a meagre recruitment spend.

Perhaps it wasn't just the unbalanced ins and outs that masked Carter-Vickers arriving, but a bit of a sense of the inevitable, as this is not the Spurs defenders first loan into the Championship, far from it. Since the start of the 2017/18, Carter-Vickers has been on loan at six different Championship clubs, and become a bit of a divisional stalwart. Throughout his Championship odyssey he's been part of the fabled Sheffield United three at the back, worked with Mick McCarty at Ipswich, Graham Potter at Swansea, and a Nathan Jones double at Stoke and Luton.

This season Carter-Vickers is at Bournemouth, and he's gone from not being used in the entirety of the first 23 games, to playing every minute of the last 13. We may be in the realms of putting two and two together and making six here, but Carter-Vickers run in the team began in the first game for Jonathan Woodgate after the Cherries pulled the plug on the Jason Tindall experiment. In his 13 game run partnering the omnipresent Steve Cook, Bournemouth have hit an excellent 26 points, and are well and truly back in playoff contention.

The chances of Carter-Vickers ever playing for parent club Spurs seem remote, and with his contract expiring at the end of the season, the 24 year old with vast Championship experience will be a sought after signature. 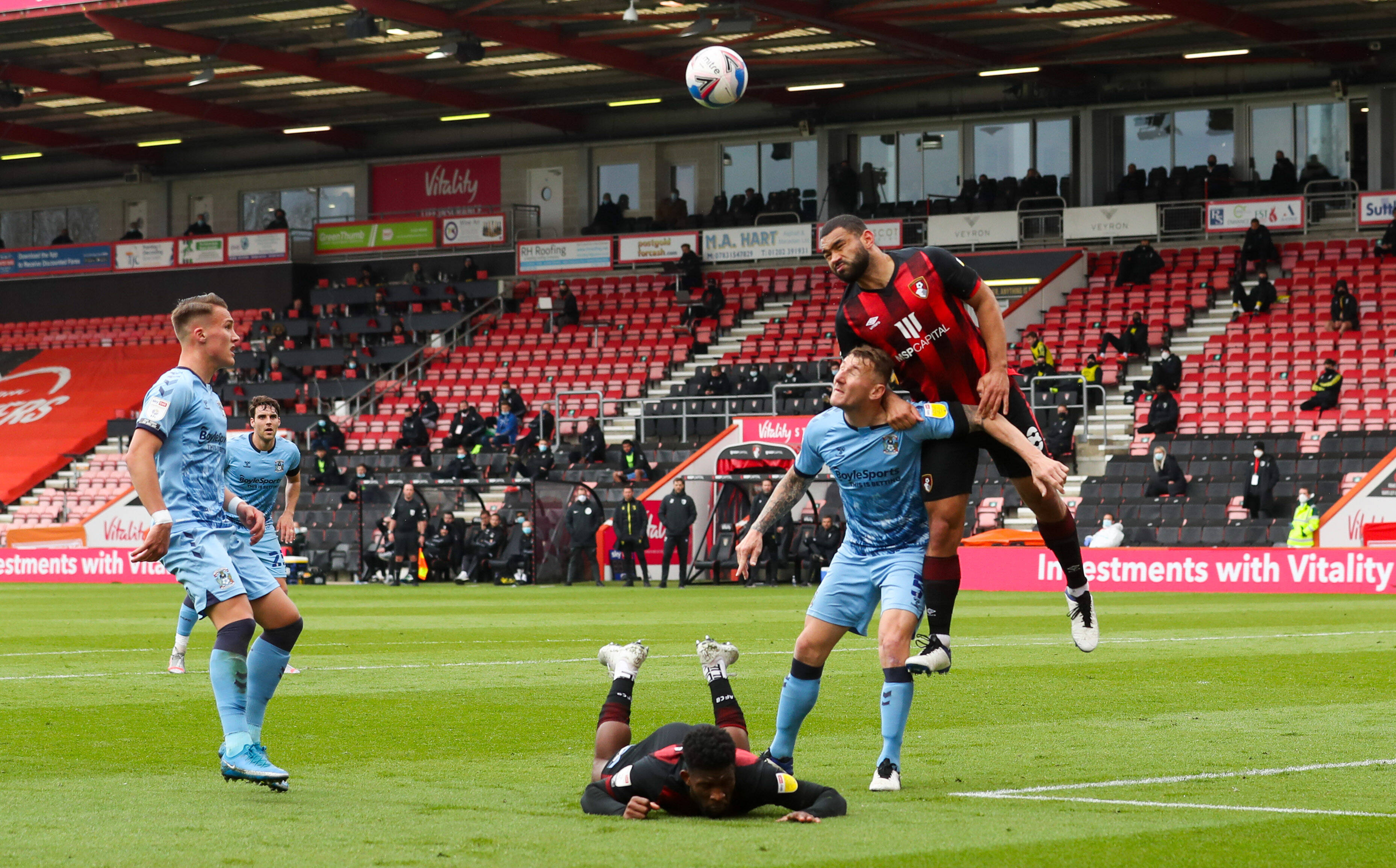 Reading On The Ropes

Timing is everything in life, and although the Championship rarely feels like real life, you have to be in the right place at the right time. We've seen two beautifully timed runs to take Norwich and Watford clear in the top two, and at the bottom the timing of Lee Bowyer's appointment at Birmingham looks pretty spot on. I suspect you all know where this is going, if it's possible to time something extremely well, then the opposite has to be true.

To finish in the top two of the Championship requires consistency for the majority of the season, the ten year average needed to get above third and automatically promoted is 84 points, equivalent to 25 wins, 9 draws, and 12 defeats. Getting into the playoffs is a wholly different matter, only 72 points are required, so a team with few draws could lose a hell of a lot of games and still get in there. In short the playoffs are about timing, and a peak at the end of the season can hide a multitude of sins earlier on.

Reading are currently doing the opposite of peaking at the end of the season, and their incredible start to the season with seven wins, a draw, and 22 points in the first eight games, had us scratching our heads at that time. The Royals had finished 14th last season, so to start in such a manner left us with a few potential options. Would we see them keep up the incredible pace and race to automatic promotion? Would there be a reasonable drop off into play off from? Would there be a regression back towards last season that would see them drop out of the playoffs?

Having only been out of the top six once for the entire season, Reading dropped out of the playoff spots at the end of round 41 this weekend, and their timing could be a problem. Bournemouth who passed them have hit four wins on the trot, and have a game in hand, whilst Barnsley have been the opposite of Reading, starting slowly but consistently performing for months now. The numbers read as follows, Reading hit 22 points in the first eight at a staggering 2.75 points per game, the next 33 games have seen 44 points scored at a rate of 1.33 points per game.

Should Bournemouth win their game in hand this midweek Reading will need to make up a five point gap with only five games remaining, including games against Norwich and Swansea. The Royals can still make it into the playoffs, but it's looking like their timing could turn out to be slightly off. 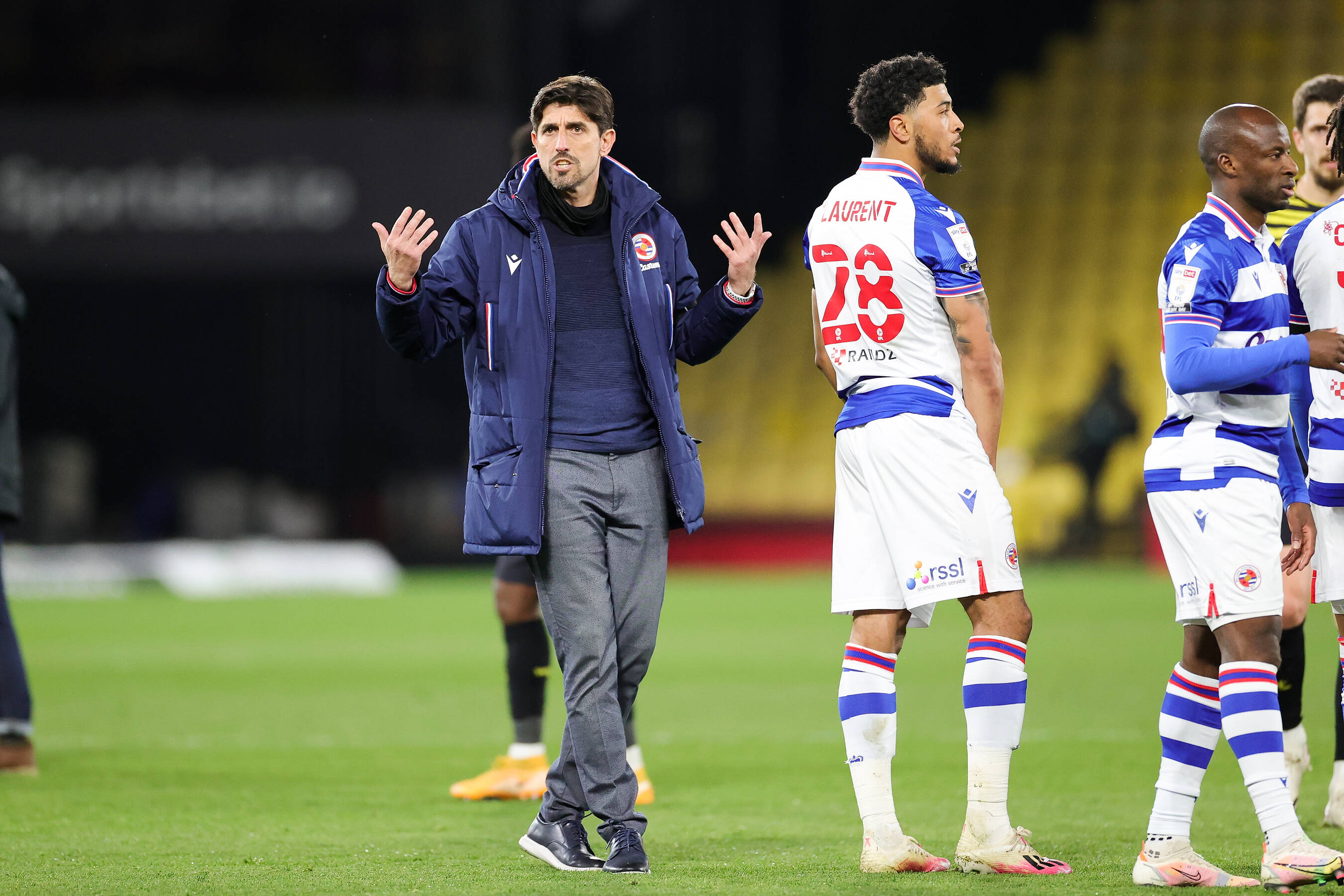 CONTROVERSIAL EVENT OF THE WEEK

Reports of 'financial armageddon' for the Championship surfaced at the beginning of last week with no fewer than 10 clubs allegedly under transfer embargo. At first glance it felt like a case of 'tell us something we don't know' as Championship finances have long since been seen as unsustainable given huge disparities in wealth distribution and some less than sensible operational decisions from clubs chasing the Premier League dream. If you add in the effects of Covid over the past year it didn't come as a surprise to many that clubs at second tier level were struggling financially.

As ever, all was not what it seemed, and no sooner had the reports come out, the rebuttals from clubs under supposed embargoes also came. Luton Town were very quick to put the reports in context, explaining that despite companies house granting extensions to all clubs due to the exceptional circumstances of the past year, the EFL couldn't alter their rules to match the circumstances. Other clubs followed, and played down what, if you take their version of events, seems to be some more slightly embarrassing EFL administrative pedantry.

Luton pointedly ended their statement by saying "there is certainly no 'financial Armageddon', as the article's headline sensationally claims, at Kenilworth Road' and whilst that may well be accurate, we will find out the true cost of Covid to Championship clubs in the coming seasons. 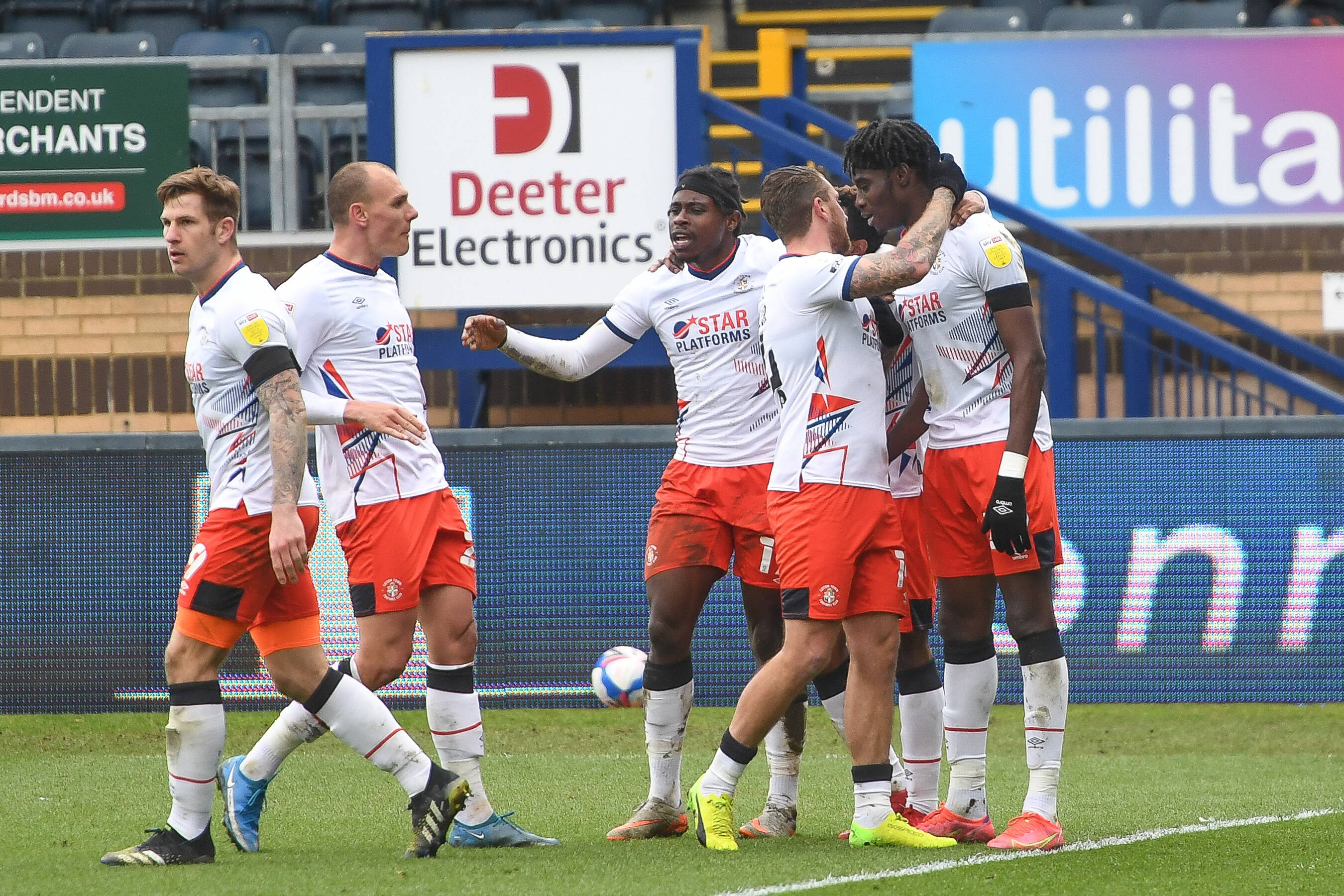