Jorge Alberto 'Magico' Gonzalez was different: a professional footballer who really did not care if his team won or lost. And he remains the most loved player in Cadiz's club history for just that reason. For Magico it was the fun and the festival of playing the game that counted.

Gonzalez was a YouTube player, long before YouTube even existed. There was his solo goal from his own half from Cadiz against Barcelona at the Camp Nou in 1984, a game in which he also famously nutmegged then blaugrana star Diego Maradona. The dribble past three defenders, then surprise chip over the keeper against Racing Santander in 1986. The free kick hammered to the top corner against Atletico de Madrid. All different types of finishes, but all 'golazos' that few players would even attempt, never mind execute so perfectly.

Born in 1958 in a humble neighbourhood of San Salvador, El Salvador's capital city, Gonzalez was a natural talent who was the most loved and most successful player in the country's history, even before he led his country to a rare appearance in a World Cup finals in 1982. After dazzling at that tournament in Spain, he could have joined Paris Saint Germain or Atletico de Madrid. But the lure of Cadiz – both the club and the city - was impossible to turn down. And the match was perfect.

During Magico's eight and a half seasons with Cadiz, victory was never certain in any game, but entertainment was almost guaranteed. His best goalscoring season was 1983-84, with 14 LaLiga goals, but the team still went down to LaLiga SmartBank. You never knew what to expect from Magico, apart from him saving his energy by avoiding any defensive contribution or tactical instruction, to be ready to pull a dazzling trick or score an amazing goal when the play did finally come his way. During his time in the team, Cadiz were relegated twice, but also promoted twice. They also achieved their highest ever LaLiga finish of 12th in 1988 and reached the semi-finals of the Copa del Rey in 1990 for the only time in the club's history. 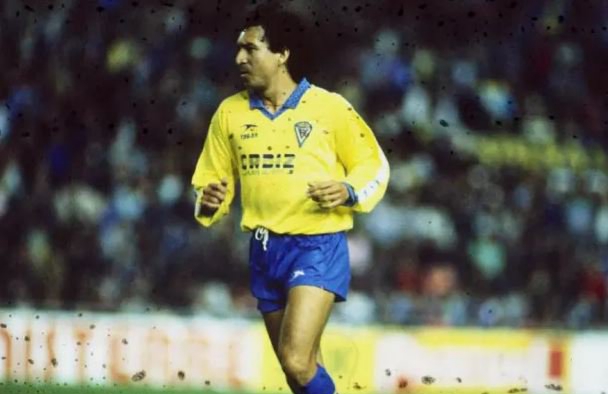 Meanwhile, life off the pitch was just as unpredictable. Cadiz is the city where Spain's first democratic constitution was drawn up, where its biggest popular carnival is held each year, and where the stricter rules of Spanish society do not always apply. During the 1980s it was also a favourite haunt of legendary flamenco singer Camaron de la Isla and guitarist Paco de Lucia. Magico threw himself into the city's nightlife, and tales of his exploits became legendary. Other teams and players were attracted to the party, especially when visiting the for the traditional summer 'Trofeo Carranza' tournament in which Magico also generally liked to put on a show.

Club directors and his coaches did not always see the funny side of Magico's behaviour on or off the pitch, but he remained unrepentant and continued to enjoy life in the city until leaving aged 33 in 1991. “I recognise that I'm not a saint and that not even my mother can take away my urge to party," Gonzalez told El Diario de Cadiz. “I know I'm a bad professional, but I don't like thinking of football as a job. If I did, I wouldn't be me. I only play to enjoy myself."

On leaving LaLiga, he returned to former club FAS back in his home country, where he played until hanging up his boots in 2000. More recently he has coached El Salvador's youth international teams, been included in FIFA's Hall of Fame, and appeared alongside current Barcelona star Lionel Messi in adverts for a famous soft-drink brand.

Meanwhile, Cadiz continued to bounce between the divisions, falling as low as the third tier before rising again over the last decade. The current team is not quite as flamboyant as Magico's men, but they still thrilled their fans with last season's promotion to return to LaLiga Santander for the first time in 14 years. Recent months have also seen a push among fans to rename their Carranza stadium after 'Magico,' whose legacy at the club and in the city lives on.