Anthony Carter exclusive: From Cluj and Benfica to taking Vidmar's call from Thailand

Very few storied careers have come out of the humble suburbs of Melbourne's southeast. Yet, young Australian striker Anthony Carter is already an experienced journeyman of world football at 27 years of age.

Hailing from Noble Park, a suburb 20 minutes away from Melbourne City's new home in Casey, Anthony left home at a very young age to pursue his dream of professional football. Fast forward 13 years later, and Anthony finds himself preparing to return home with the experience and knowledge of football in 4 different countries under his belt.

Anthony first left home to train at the Genova International School of Soccer, south of Milan, Italy. At 16 years old he had the world at his feet, and it wouldn't be long before his first step would manifest itself in the form of Romanian club CFR Cluj.

Speaking exclusively to Tribal Football, Anthony detailed the steps of his career and what turns it took starting from Romania's north west.

“I first signed with Cluj in 2012 and spent a few years there. I trained and played in the first league in Romania and there's a lot of good teams, top teams consistently play in Europe. A lot of the second league players from Portugal end up going to play first team football in Romania, it's a very common pathway."

“It's a great first step, especially if you're looking for first team football in Europe. When I first got there, they were playing UEFA Champions League and they went on to beat Manchester United 1-0 at Old Trafford. I spent a few years in Romania but didn't get a whole lot of game time, and I returned to Australia on holiday."

While Romania wasn't to be for Anthony, the football world is so intricately interconnected in Europe that it was only a matter of time before his next step would present itself and Portugal would be his next destination. A trial with second division with Leixões was ultimately unsuccessful due to lack of match fitness on the back of his vacation, but it allowed him to sign with Clube Desportiv006F Trofense.

Anthony was finally given a chance to make himself known to Portuguese football, scoring 21 goals in 36 games across all competitions while playing in the third division. A year and a half in total with Trofense paved the way for his biggest move to powerhouse Benfica. It was a move that valued him at €200,000 at the time, but neither the price tag nor the magnitude of the move would faze him. 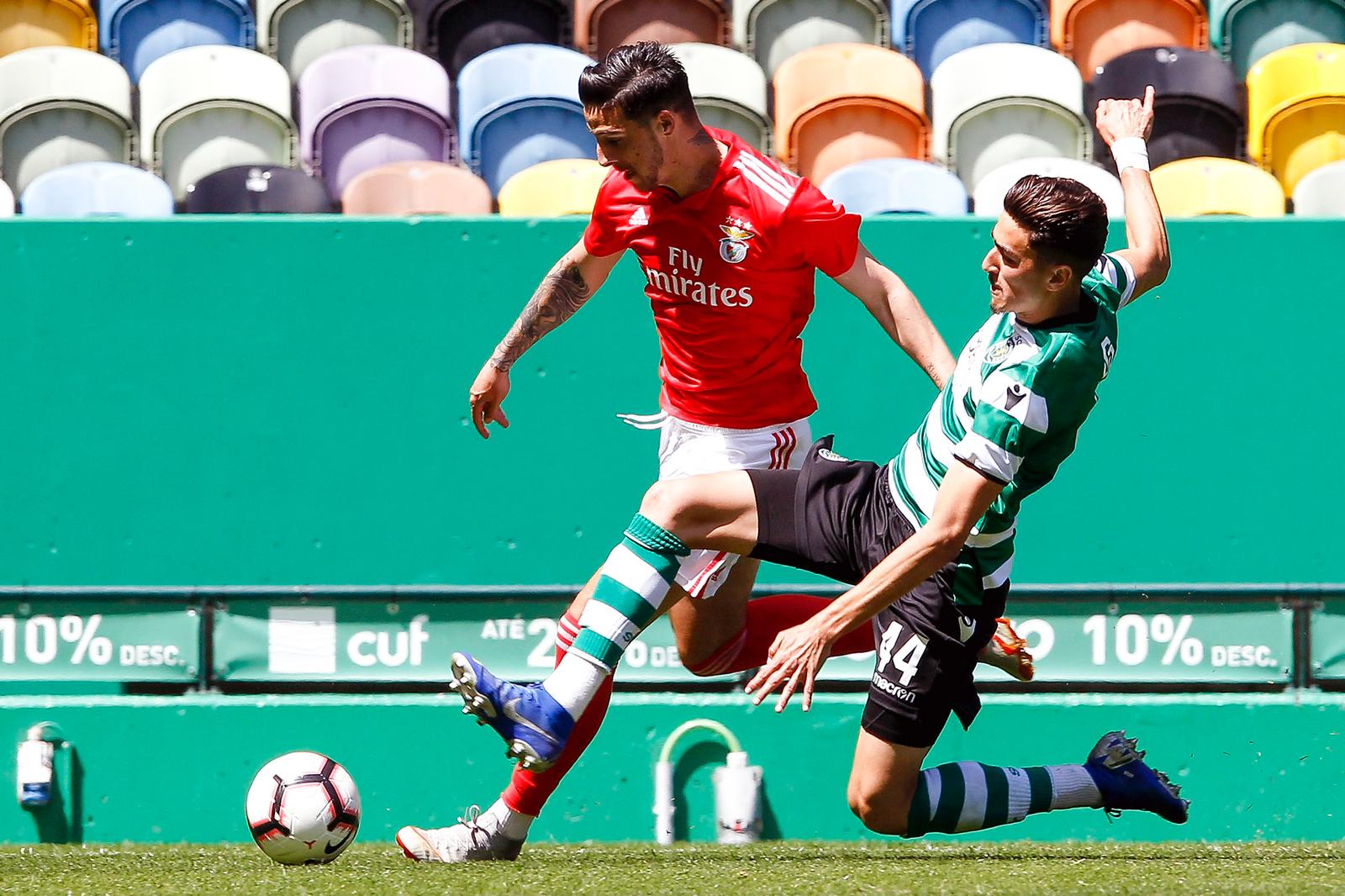 Carter in action for Benfica B

“I was over the moon with Benfica, it was a massive opportunity I couldn't turn down. I trained with several high calibre players. The most rewarding learning curve was adapting to the way they play. It's truly special, and this high level of football is taught from a young age. The of playing a lot of 1-2 passes and having a centre forward between the lines suited me so well I thrived.

“I knew Porto was the main club that is known worldwide, but I came to know the magnitude of Benfica while I was there. Benfica vs Porto the week leading up that's all they talk about all around the country, it's what they live for."

Portugal would be Anthony's first taste of fanatical football fans. The lasting impression left on the Australian striker would be second to none, as he recalled some of his favourite memories traversing the Portuguese system.

His third club, Académico Viseu was no exception despite being further down the football pyramid than Benfica. Signing in 2019, Anthony spent 2 years with Viseu and contributed to their greatest ever finish in the Taça de Portugal (domestic cup). Though his career flourished and went strength to strength, an interrupted season with COVID would cull his time short at Viseu.

“The passion is unreal everywhere you go. During my time with Viseu, I scored to get us into the semi-finals of the Portuguese Cup where we played Porto. When you score away from home, the opposition fans go quiet. I loved the passion and the feeling of having our backs to the wall, I relished those opportunities to score against them."

“Our home game was crazy, Viseu was full to the brim. We got ourselves a good result in the first leg, 1-1 home game. For the second leg, the pitch at Porto was amazing condition, though the result did not go our way and we lost 3-0 that day."

“COVID hit us after my first season with Viseu, and in my second season I had a meniscus injury that kept me on the sidelines for a while. I ended up getting a lot of games under my belt in the second division. It's a good club, but a team that has struggled in the last few years. Great supporters, a beautiful city, I have nothing but praise for Viseu."

To this day, he fondly remembers his time in Portugal and how much that has shaped his career and the person he has become.

“Five years in Portugal was the best of my career. Football-wise it was another level, I played at so many phenomenal stadiums and played alongside some seriously talented players. It was the biggest learning experience of my life, it helped me mature as a person and prepare me to play senior football almost anywhere in the world."

After playing in Europe for the better part of a decade, Anthony's next decision would bring him closer to his family as the striker signed with Thailand's Bangkok United where he currently plays and resides with his fiancée. 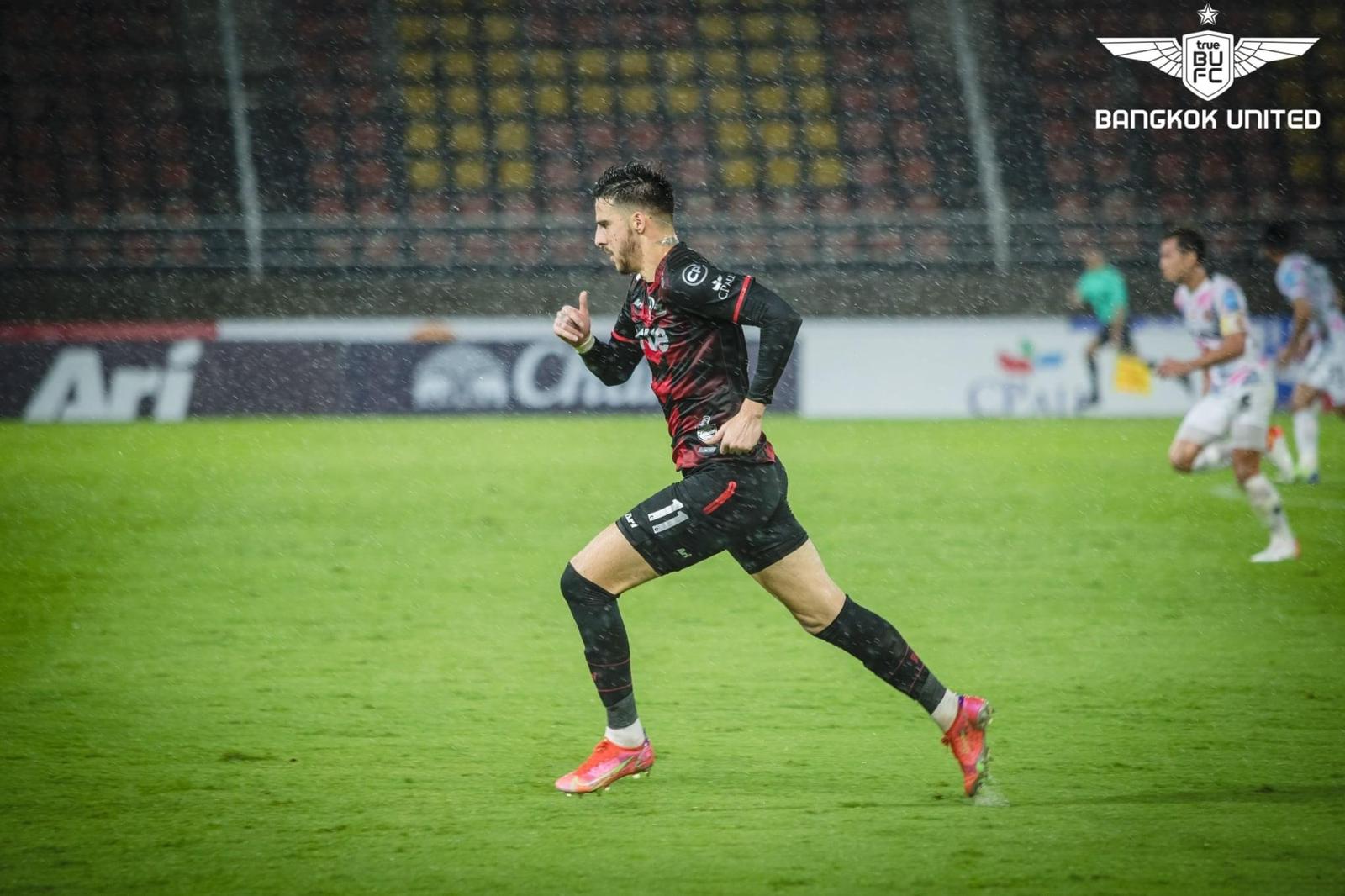 Carter with Bangkok United this season

The conditions of Thai football are much different than that of Europe and he will not shy away from any experience. He says that while it might not be the move for everyone, it has helped him grow and learn more about football in Asia, a prospect also granted to the likes of Iniesta, Fernando Torres, Oscar, Hulk, Aaron Mooy, Samuel Eto'o and others.

“I came to realise how technically gifted some of these players are and how strong some of these teams can be such as Bangkok United, Buriram, Muangthong. It's not as intense as European games because of the conditions, the games are very hot so naturally you lose out and you can't compete 90 minutes the same way you would in the winter. It's a good league for young developing players and a great step."

“I came here on a personal note, being closer to family is something I really value. In terms of the football I wasn't exactly sure what to expect but football-wise it's a very good standard. I came to realise how technically gifted some of these players are and how strong some of these teams can be such as Bangkok United, Buriram, Muangthong. There's so much potential for players and for the league, especially if they're playing Asian Champions League football."

“In comparison to my experiences, the intensity not as high as Europe mainly because of the conditions. The games are very hot and humid, naturally you lose out and you can't compete 90 minutes the same way you would in the winter. That doesn't stop the talent from shining through, the wingers are quick, they're very tricky and love playing a quick brand of football here."

Anthony's experience of Thai football has been one that he has welcomed and challenged himself in, though he finds his traits well suited to the brand of football especially under the tutelage of Australian manager Aurelio Vidmar.

“Playing as a centre forward is good in Thailand, it's almost a necessity and we're really suited to the tactics. The way Vidmar plays is perfectly suited to my game, really makes use of the play-maker, playing a lot of one-two passes. There's a few quick wingers, particularly Brazilian that love to play quick passes and crosses which is well suited to strikers like myself."

Unfortunately for Bangkok United and Anthony, Aurelio Vidmar's appointment as manager came too late in the season and currently sit 16 points behind league leaders Buriram United. Anthony has noticed the changes that Vidmar has brought to the dressing room and praises his character, likening his approach to that of Bruno Lage, whom he trained under while with Benfica B.

Lage would go on to manage the senior team before signing with Wolverhampton Wanderers in the Premier League.

“Aurelio Vidmar is fantastic person. He's a top-class coach with similar attributes as Bruno Lage. He makes time for each of his players in the whole squad as people and not just as footballers, they really look out for you. He and I are always having great conversations not just about the game but about our careers, personal lives and that sort of thing. It goes beyond just being a player and a coach.

“It's hard to envision what this season would've been like if he was at the helm from the start, he came on board very late in the season but I imagine it would've been good and we could be competing for the title."

The lure of a new chapter in his storied career is what attracted Anthony to Thai football, and he says he's soaking up the experience while also looking to the horizon to battle it out for Socceroos contention.

As the domestic season slowly comes to an end, Anthony's contract expires and his stocks are continually on the rise. Having plied his trade across the globe, his resume is impressive and he has positioned himself well to explore a variety of options on the table.

“My last 2 seasons in Europe were particularly good, playing really good football with a lot of consistent minutes. I had interest all over the place, a few offers in the A-League, in Thailand and in Portgual too. I've always been keen to learn and experience football in new places, always positives and negatives everywhere you go so as you grow you learn to deal with football on and off the pitch in more ways than one."