COMMENT: Three blanks from the last three games. Six crucial points dropped. Ole Gunnar Solskjaer knows where Manchester United are short. And efforts are underway to find a solution. But in the meantime, there could be a stop-gap sitting right under his nose - or at least behind him on United's bench...

He wasn't offended. He didn't bristle. But there was a full-throated defence of his approach - indeed United's approach - to their playing traditions ahead of Sunday's derby at Manchester City. Those three stalemates. The lack of zip from his attack. It was raised in Solskjaer's pre-match presser: Isn't it time to look at Pep Guardiola's methods? Indeed, isn't it time you copied the Catalan in order to break down teams that defend in numbers and from deep?

As basic and cartoonish the question was, it did offer Solskjaer the opportunity to deliver a passionate defence of not just how he sees the game being played, but also how United's traditions demand their managers do so.

“We have a culture at Man United that we want to stick to: traditions, built from Sir Matt [Busby] and Sir Alex [Ferguson]: pace, power, quick attacks."

And significantly within this stirring response, Solskjaer also touched upon why it's not quite working for United at this stage in the campaign.

That winger. That wide player with pace and the ability to cross - accurately - from deep. There was no need to read between the lines here, Solskjaer was spelling it out in black-and-white and upfront: this is what his squad is desperately missing... 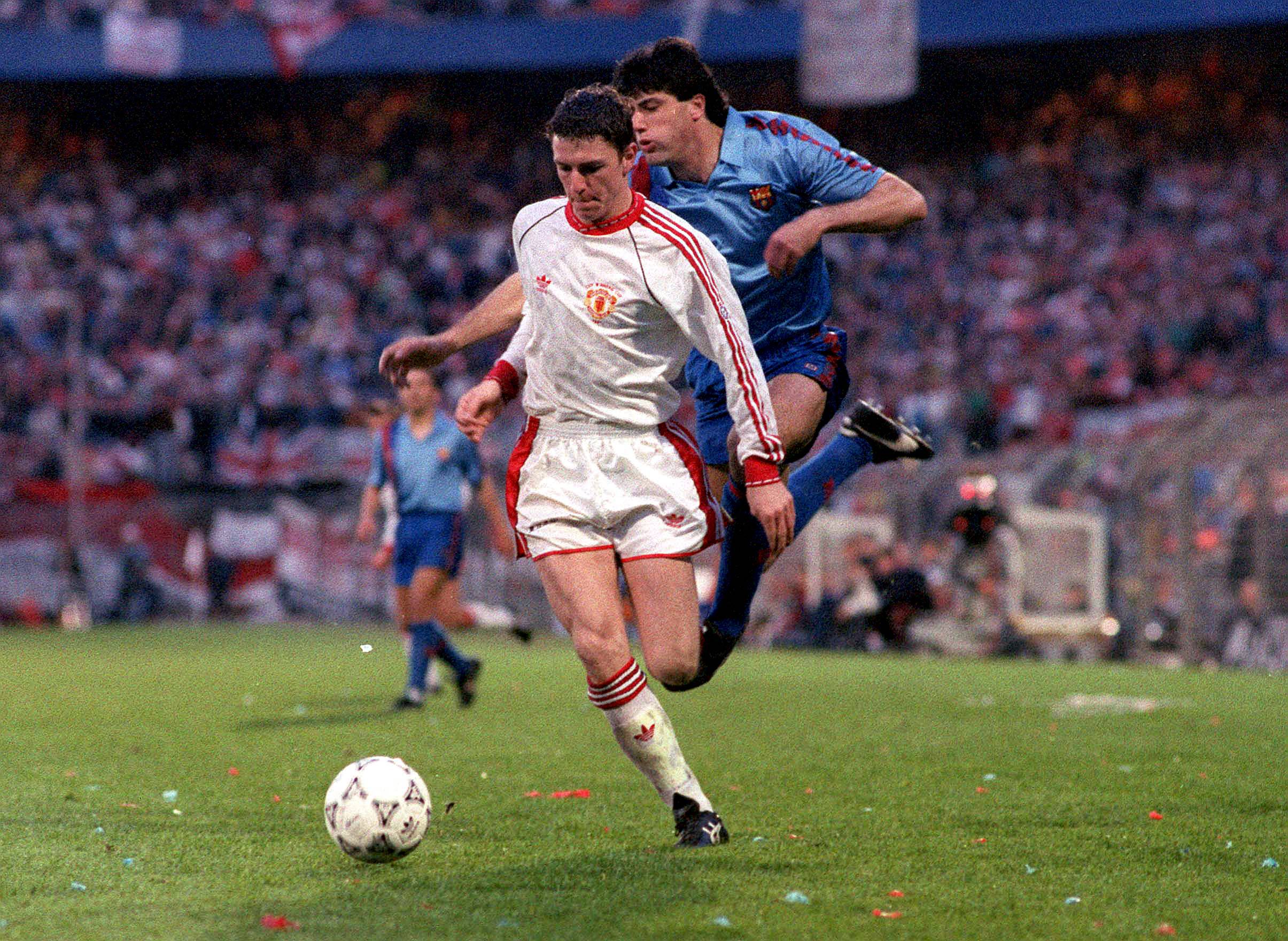 But could there be a stop-gap worth a gamble? A stop-gap - this column has been informed - who has been raised and discussed actively amongst coaching staff? As Solskjaer says, this option may not be able to go past a defender like Marcus Rashford. But he is capable. And he could be the solution, as some of Solskjaer's team have championed, to breaking up those defences late in games.

Alex Telles. Remember him? First-choice left-back for Brazil. A folk hero for the massive Porto support. Yet in England, at least for now, he's been relegated to little more than a motivational tool for Luke Shaw.

But there are strings to Telles' bow. And with Solskjaer's squad still incomplete. Utilising Telles' pace. His ability to drop a shoulder and go past a marker. And his outstanding crossing from all angles and distances. The Brazilian could be that late attacking weapon to open up a tired, but determined, opposition defence.

Over 30 years ago, Sir Alex Ferguson did the same. Colin Gibson. Lee Sharpe. Lee Martin. They were all interchanged - and sometimes played on the same flank - as Ferguson tried to get the best out of a squad in need of overhaul. Sharpe would go onto play for England as a left-winger, but in his teens, just months after his arrival from Torquay, he was introduced by Ferguson at left-back - with Gibson on the odd occasion played ahead of him. Square pegs in round holes, sure. But the Scot was trying to make best with what he had - and being innovative in the process. And this same thinking outside the box could be enough for Solskjaer to stumble upon a short-term solution before the transfer market reopens in June.

It came in a rush this week, though it shouldn't be a surprise. News of United making contact with Deco about Raphinha, Leeds United's exciting Brazilian talent, quickly followed by it breaking that interest in Leon Bailey, Bayer Leverkusen's much admired winger, had been expressed in January. One story followed the other. Or better yet, one group of agents made sure their client was making headlines after the other. If Deco, the former Chelsea and Barcelona star - now turned agent, was positioning Raphinha for a move to Old Trafford, Bailey's minders were making it clear that the Jamaican was as eager as ever.

Indeed, it was a week for the agents and Manchester United, with another of Deco's clients - ironically a teammate of Bailey's - Edmond Tapsoba being mentioned as a scouting subject for Solskjaer's staff. Of course, no surprise this made it to the press after meetings about Raphinha at the beginning of the month.

But whether it's Raphinha, Bailey, or whoever else is on the shortlist... Solskjaer will have to wait until season's end to bring that outstanding, ready-to-roll senior winger into his squad.

Telles isn't Raphinha. Nor Bailey. But he is the best crosser of a ball at the club. And he has the agility and pace to make an impact further up the pitch - and ahead of Shaw at left-back.

It isn't ideal. It's no perfect solution. But Telles, as an attacking option, could be just the stop-gap United need to snap this goalless slump.