A much-changed Manchester United line-up blew their FA Cup hopes; Arsenal rescued a point from three goals down at West Ham; and Jakob Moder made a difference for Brighton on debut.

Here are five tactical lessons we drew from the weekend games:

Chelsea were leading 1-0 at half-time in a predictably sluggish game, with one nice piece of centre-forward play from Olivier Giroud the difference (he dropped intelligently to spread the play and win the crucial corner). Thomas Tuchel's side looked comfortable, but the Blades began to wrestle some control of the tie in the second 45 as James McGoldrick and Ben Osborn attacked down the left flank.

Tuchel's first response to this growing threat was to bring Cesar Azpilicueta and Reece James off the bench to solidify their right side, but in doing so his reshuffle put Mason Mount up front, which meant losing his controlling presence in midfield and losing Giroud's ability to make the ball stick. Billy Gilmour suddenly became overwhelmed as Chelsea, destabilised, lost more and more territory to an emboldened Sheffield United.

However, credit to Tuchel for recognising his mistake and correcting it within ten minutes. His second set of subs brought Mount into a deep midfield role (to get control of possession) as Gilmour was subbed and Kai Havertz became the centre forward, flanked by Hakim Ziyech and Christian Pulisic – both strong at retaining possession. Chelsea were subsequently able to keep the ball for long periods, killing off the United revival. 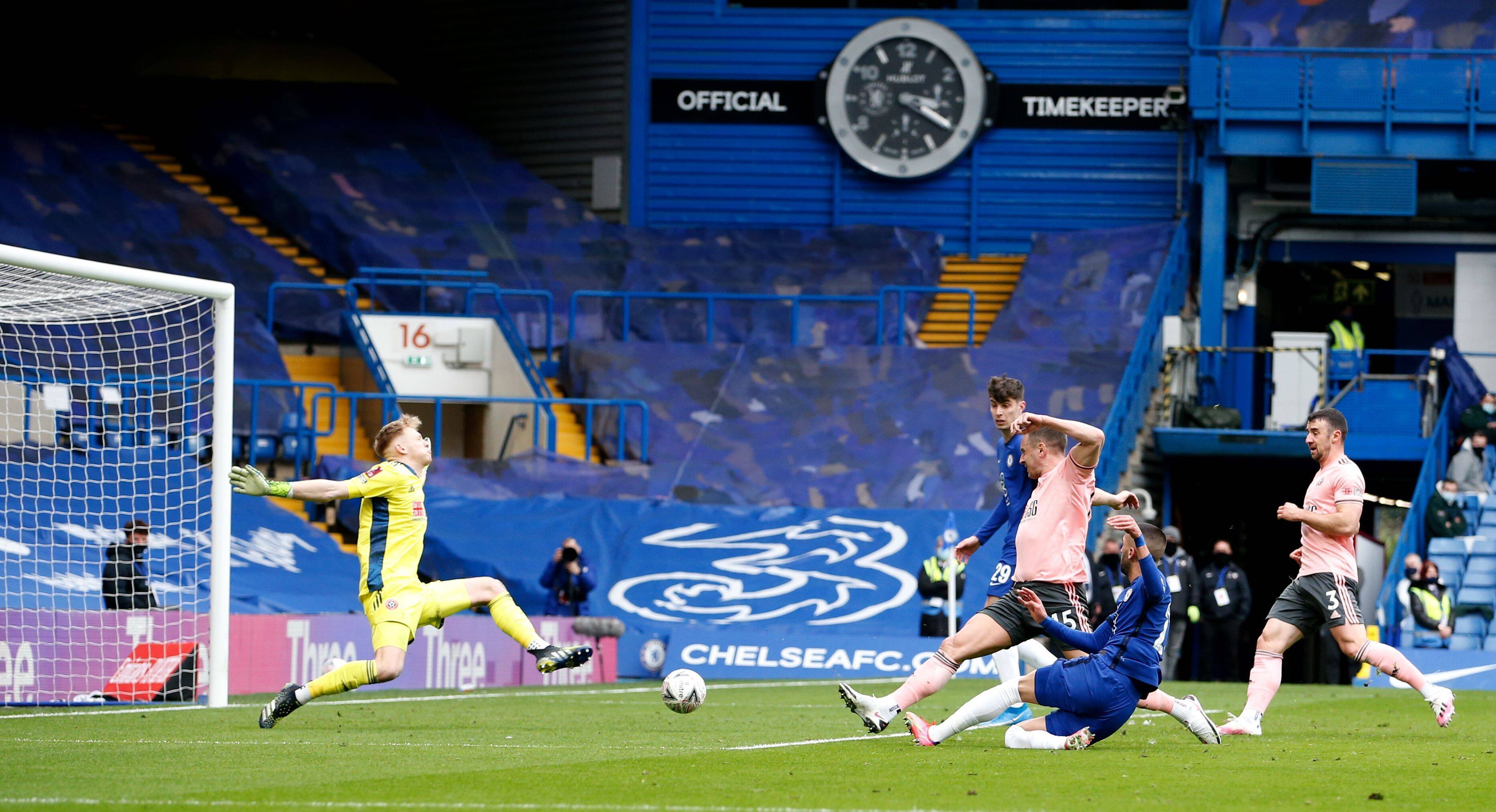 Manchester United's defeat in the FA Cup on Sunday highlighted a plethora of issues in central midfield, proving once and for all that Ole Gunnar Solskjaer desperately needs upgrades in this department.

Let's start with Fred, who gave the ball away needlessly to create two huge Leicester chances in the first half, with Kelechi Iheanacho scoring the second one. His contribution ahead of Leicester's second goal was just as poor as he allowed Youri Tielemans to ghost past him in midfield without a proper challenge (although for this goal Nemanja Matic's flat-footed defending was just as bad). United were carved open far too easily.

Solskjaer's midfield was as poor on the ball as off it. Fred and Matic were lifeless throughout; it felt as if their sluggish movement while in possession ultimately infected their ability to move once Leicester won the tackle and exploded forward. Donny van de Beek, meanwhile, was too fearful, almost constantly playing a backwards pass rather than risking a more progressive option – much to the visible annoyance of his team-mates.

In stark contrast, Tielemans was phenomenal in breaking the lines, playing sharp vertical passes, and pressing ferociously alongside the imperious Wilfried Ndidi. The difference between the two teams should sharpen minds in the United boardroom. They need new central midfielders if they are to challenge for the title. 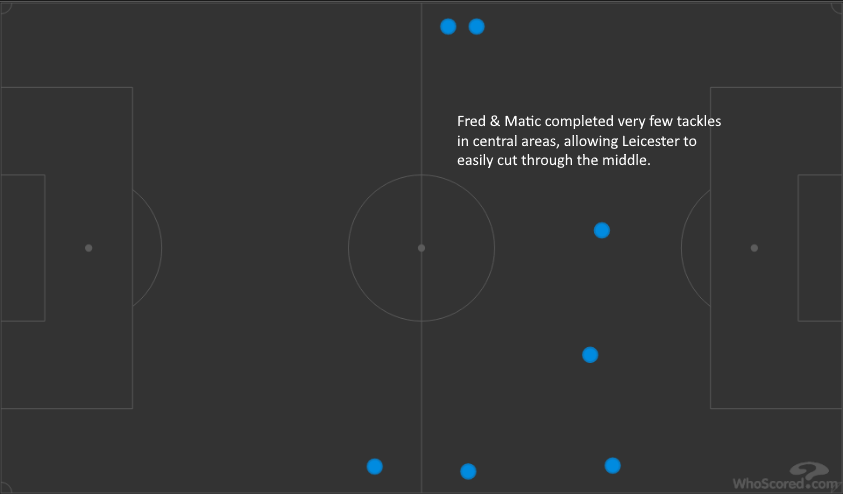 Arsenal were awful in the first half an hour at the London Stadium, going 3-0 down thanks to sloppy defending and switching off in all areas of the pitch. But the biggest flaw tactically was their forwards' unwillingness to track back, allowing West Ham to dominate down the flanks and push Arsenal into uncomfortable defensive positions.

Early on, Aaron Cresswell and Said Benrahma dominated the game down the left flank as Pierre-Emerick Aubameyang failed to give his right-back any support. Mikel Arteta noticed the issue and, in an attempt to prevent Cresswell from completely overwhelming them, swapped Aubameyang over to the other side. But within minutes of doing so, West Ham had scored their third goal via a Vladimir Coufal cross that Aubameyang failed to close down.

The Arsenal forward had plenty of time to get out to Coufal, and yet he had no intention of sprinting back to help. First on one side and then the other, the Gabon international characterised everything that was wrong with Arsenal's start to the game. 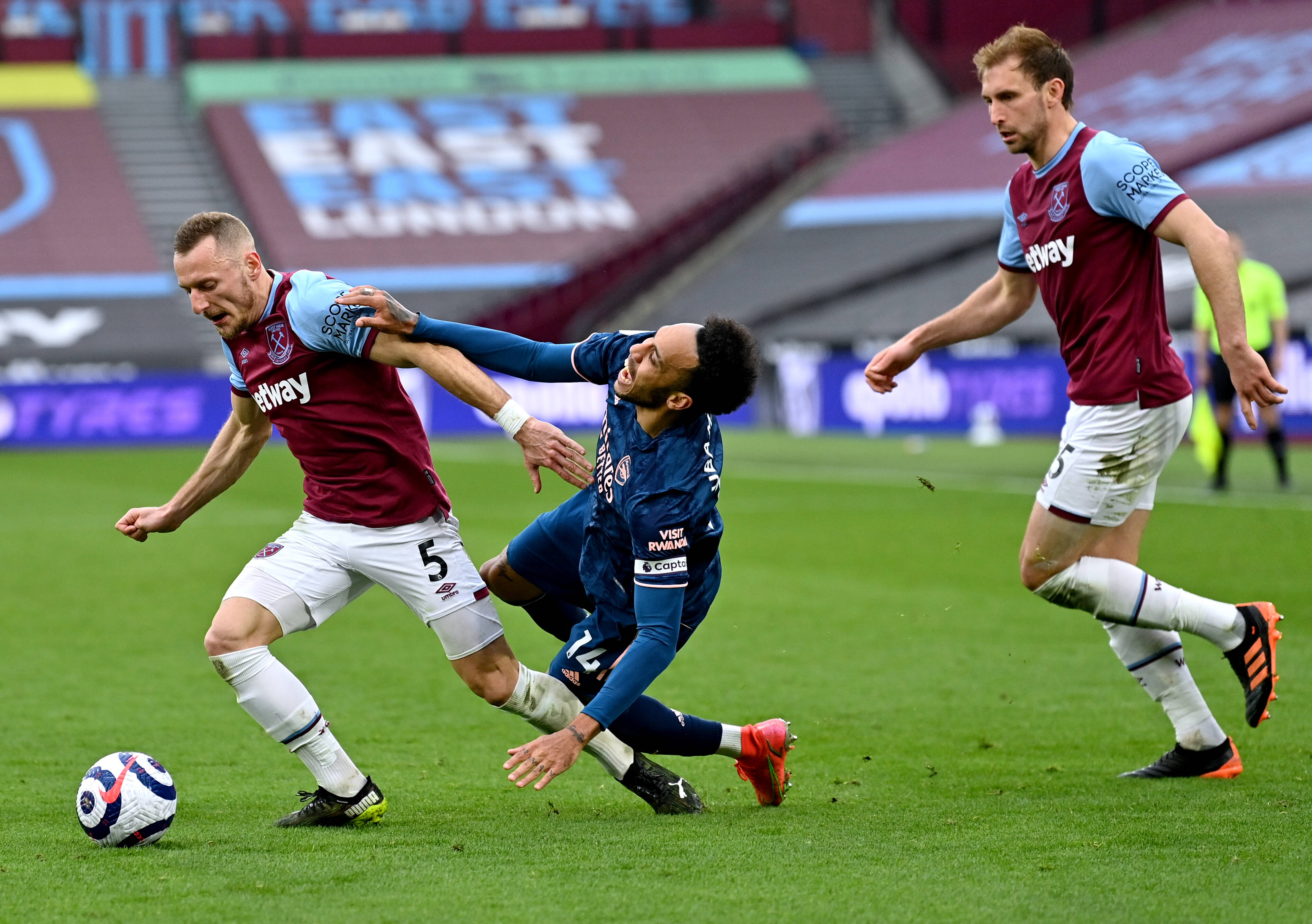 The game was flipped on its head by two players in particular. Martin Odegaard had his best game since joining Arsenal, consistently breaking the West Ham lines and weaving magnetically through the centre of the pitch, sucking the hosts inwards to create space on the outside for Callum Chambers. The Arsenal right-back was remarkably dominant, completing three key passes and attempting eight crosses.

But the Chambers-Odegaard connection was helped by two separate West Ham defensive issues. First, David Moyes' team began to fearfully retreat as the Arsenal attackers began to dribble directly at the defence; West Ham's high pressing had been crucial to racing into a 3-0 lead, and yet as the game developed the back four started to drop while the rest of the team stayed high – creating a huge gap between the lines of defence and midfield.

It was in this gap that Odegaard began to flourish, and in the second half Moyes corrected the flaw by dropping the entire team back (rather than re-establishing the high line). This was a nervous mistake, creating hesitancy and some backs-to-the-wall defending that ultimately encouraged Chambers to get forward.

What's more, left-back Cresswell didn't receive the right support from left winger Benhrama (or Jesse Lingard, once he moved to the left) during periods of Arsenal pressure. Distracted by Odegaard, the winger sat directly in front of Cresswell rather than by his side, which helped give Chambers the space he needed to cross. 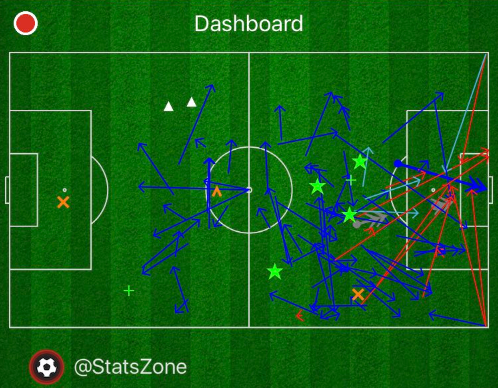 5) New roles for Lallana, Welbeck, and Moder give Brighton win

Brighton changed formation to a 3-4-1-2 at half-time against Southampton last weekend with the scores level, and they immediately looked more defensively solid and controlled in possession – eventually winning 2-1. It was no surprise that Graham Potter started in the 3-4-1-2 against Newcastle United, yet nobody expected Danny Welbeck to play out on the left or 21-year-old Jakub Moder to get his first Premier League start at left wing-back.

Potter always keeps you guessing, and this time it worked superbly. Moder had a very tactically proficient game, while Pascal Gross advanced neatly down the right as Welbeck confounded the Newcastle defence by leaning all the way out to the left flank. It was from here, cutting inside, that Welbeck scored the vital second goal.

Perhaps most importantly of all, Adam Lallana pulled the strings from a new deeper midfield role. Potter appears to have found the right system at just the right time; Brighton only need five or six more points to secure their Premier League status. 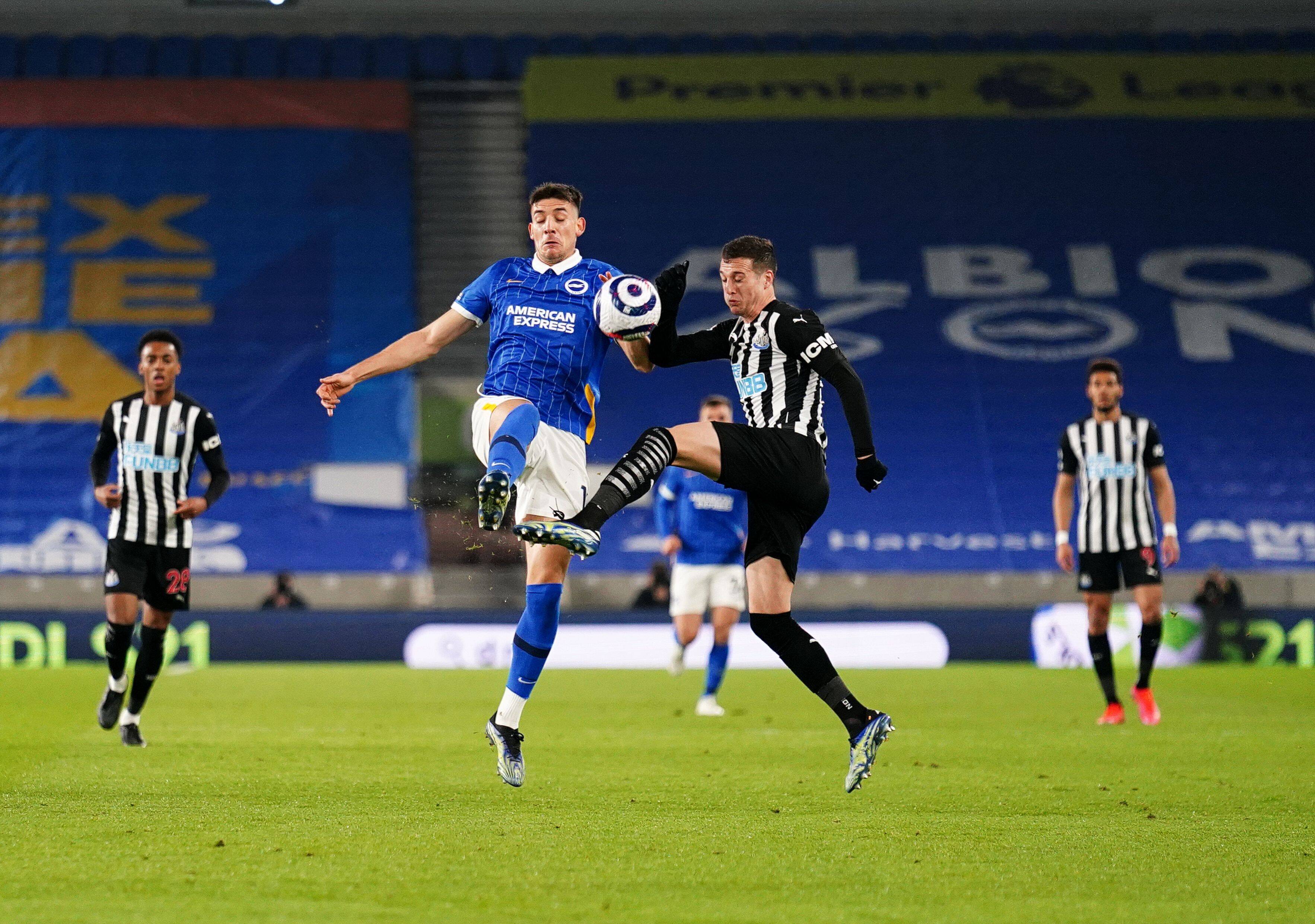