Zidane, Real Madrid & Arsenal: How Bale & Spurs have shown them all up

COMMENT: You can just imagine what Gareth Bale is thinking today: So who are you going to blame now, Real Madrid? Your friends in the local media. The Madridistas. Who can you blame now for the state of the club and the team today...?

Bale knows he made the right call. Quitting Real Madrid. Accepting a return to Tottenham. The chance - finally - to work with Jose Mourinho. Bale will be floating today. Indeed, there's no need to hazard a guess. Just last night, he let us all know just how "amazing" he's now feeling back at Spurs.

After an impressive win in Europe against LASK. After getting a good hour or so into his legs. Bale was only too happy to chat with reporters after the 3-0 triumph. Something you never saw from the Wales captain while in Madrid. A seven-year 'boycott' broken on his first start in a Spurs shirt. There's no playing down the significance of this - nor the contrast with what we saw of the same player, the same personality, while in Spain.

"It is like a mini pre-season for me and I am trying to get minutes into the legs," declared the attacker. "Hopefully it won't take me long to get back up to full speed and I am enjoying being on the pitch and being back at this amazing club."

And he didn't stop there, Bale continuing: "It is amazing. It is a big reason why I play well and why I came back. You want to be loved and appreciated. I will give everything for this shirt."

Bale never spoke like this in Madrid. Not for those seven years. Back with Spurs and two games in, we're seeing the true, genuine Gareth Bale. Not the sulk. Not the moper. Not the caricature portrayed by the Madrid press.

Even with him gone, they still couldn't leave it alone. It can't be a coincidence. In perhaps the worst week of Zinedine Zidane's twice over tenure as Real coach, it was leaked that Bale was the only player over the summer to refuse accepting a pay-cut as the club battled through Spain's lockdown. Another deflection. Another chance to distract the support from the fundamental problems engulfing the club. As ever, Bale was Madrid's punching bag. Only this time, it didn't stick. 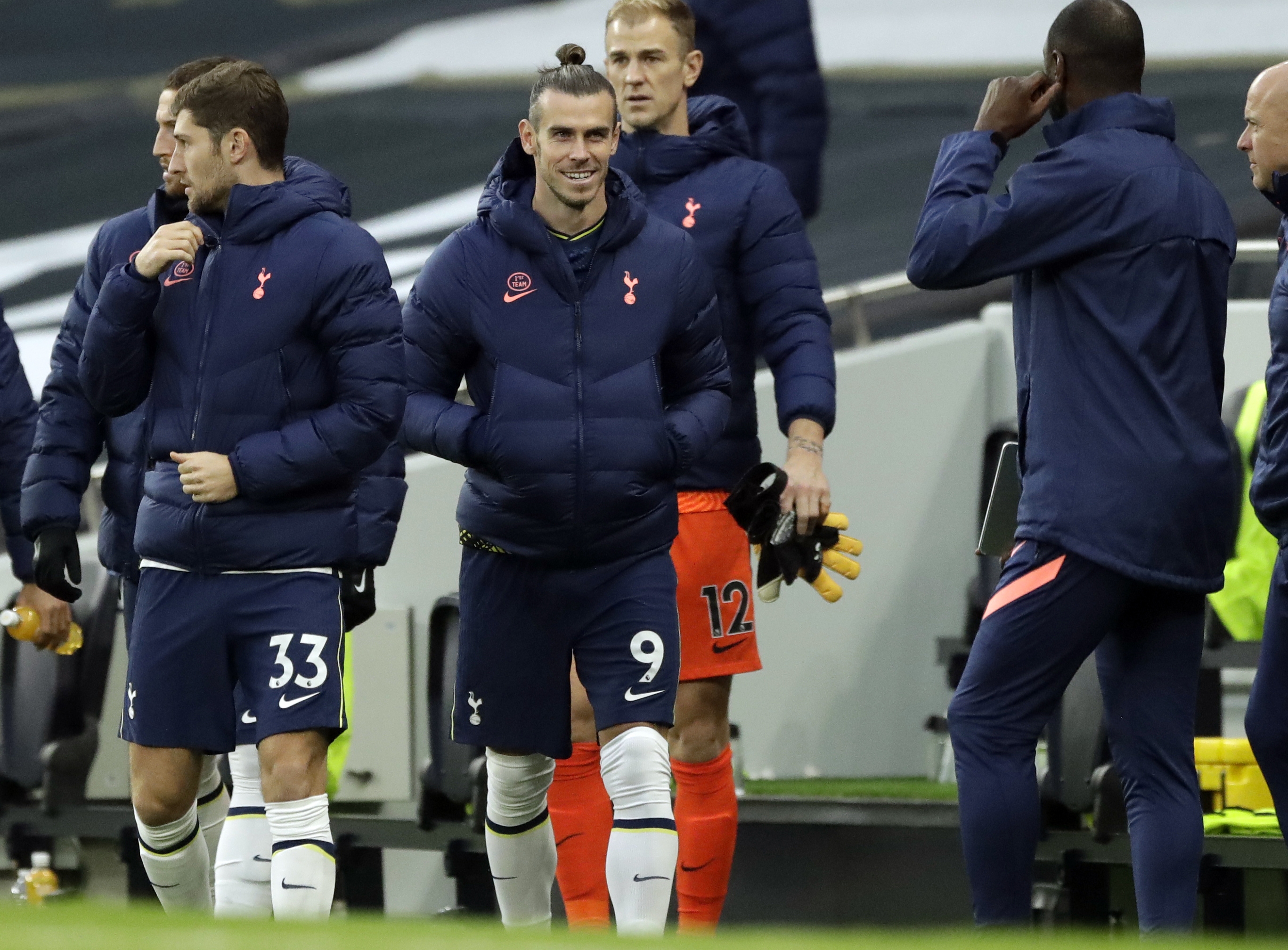 Instead, the club goes to the Nou Camp in crisis. Consecutive home defeats to Cadiz in the LaLiga and Shakhtar Donetsk in the Champions League has Real and Zidane reeling. There's now the very real prospect of Florentino Perez, the president (and Bale's biggest ally inside the club), seeking Zidane's resignation should they be heavily beaten by Barcelona on Saturday.

No new arrivals. Discarded players now meeting expectations - though elsewhere. Both Florentino and Zidane find themselves under huge pressure. For Florentino, it is the lack of cash and a massive loan taken out for the redevelopment of the Santiago Bernabeu. For Zidane, it's his man-management and the early success of Bale, Spurs teammate Sergio Reguilon and James Rodriguez at Everton after being treated so poorly while on Madrid's books.

And again, the contrast between what Bale left and what he's now part of couldn't be greater. The Welshman also stating on Thursday night: "This is a great squad that has a lot of depth, hopefully we can use that to our advantage. It is always good to have competition to keep you on your toes."

This wasn't meant to happen. Especially if you're an Arsenal fan looking on from afar. A new stadium. Millions committed to the development. Spurs wouldn't be active in the market for years. After all, that's the message Gooners had to live with under Arsene Wenger and the Kroenke regime. Major transfer spending just couldn't be considered after committing so much to the move from Highbury to Emirates. Surely Spurs fans would now experience the same...?

But Daniel Levy, the Spurs chairman, and chief backer Joe Lewis hadn't read the Kroenke script. And with a manager they're fully convinced by, Lewis has had no problem bankrolling a summer spree which has not only brought in Bale and Reguilon from Real Madrid, but also Carlos Vinicius (Benfica), Pierre-Emile Hojbjerg (Southampton), Matt Doherty (Wolves), Joe Hart (Burnley) and Joe Rodon (Swansea City). All to the tune of over £80m - not counting the wage bill involved. And making it all the more galling for those up the road is this was done with no guarantees of the stadium lockouts ending anytime soon. Are you watching Gooners...?

Bale is bouncing. Of course he is. He's left a sinking ship. He's left a captain who didn't what him around. And he's joined a new crew full of ambition and adventure (alright we'll stop with the nautical stuff there, but you get the picture).

Bale is smiling again. Just consider (below) the little skit he did with Ben Davies to welcome their Wales teammate Rodon from Swansea City. This could've been the Bale of Madrid. A leader. A happy leader. An inclusive leader. But the Madrid press mocked him from day one. They made disparaging parodies of him on local TV. They just didn't offer Bale any type of warm welcome.

And now we see the contrast. The difference after just a short few weeks of what Bale could've been for Real Madrid. More than a footballer. More than a big stage matchwinner. But you never gave him the chance.

And now, with the El Clasico looming, Zidane has lost his scapegoat. With Bale happy and home at Spurs Lodge, just who are you going to blame if Barcelona win on Saturday...?