Formal takeover offers for Man Utd due this week

Liverpool boss Klopp gets PERSONAL: I will not answer that question from you - but I'll take it from someone else

Mourinho pledges Roma commitment amid Smalling doubts: I am here every day

Yunus Musah: How a former Valencia coach convinced the World Cup star to choose the USA

The 2022 World Cup was a positive one for the United States men's national team (USMNT), as Gregg Berhalter's side qualified from their group and put in an admirable performance in a round of 16 defeat to the Netherlands.

The USMNT's squad was the second-youngest at the tournament, with only Ghana having a lower average age, and Valencia CF midfielder Yunus Musah exemplified the trust placed in the United States' youth.

Musah is well used to being the youngest player in his teams. When he debuted for Valencia CF in a LaLiga Santander derby against Levante UD at the beginning of the 2020/21 season, he was just 17 years and 289 days old. Yet, Musah demonstrated a maturity beyond his years. Even one year before that first-team debut, the energetic midfielder had been included in Los Che's Champions League squad list by Marcelino, a reward for his efforts with the club's B team. 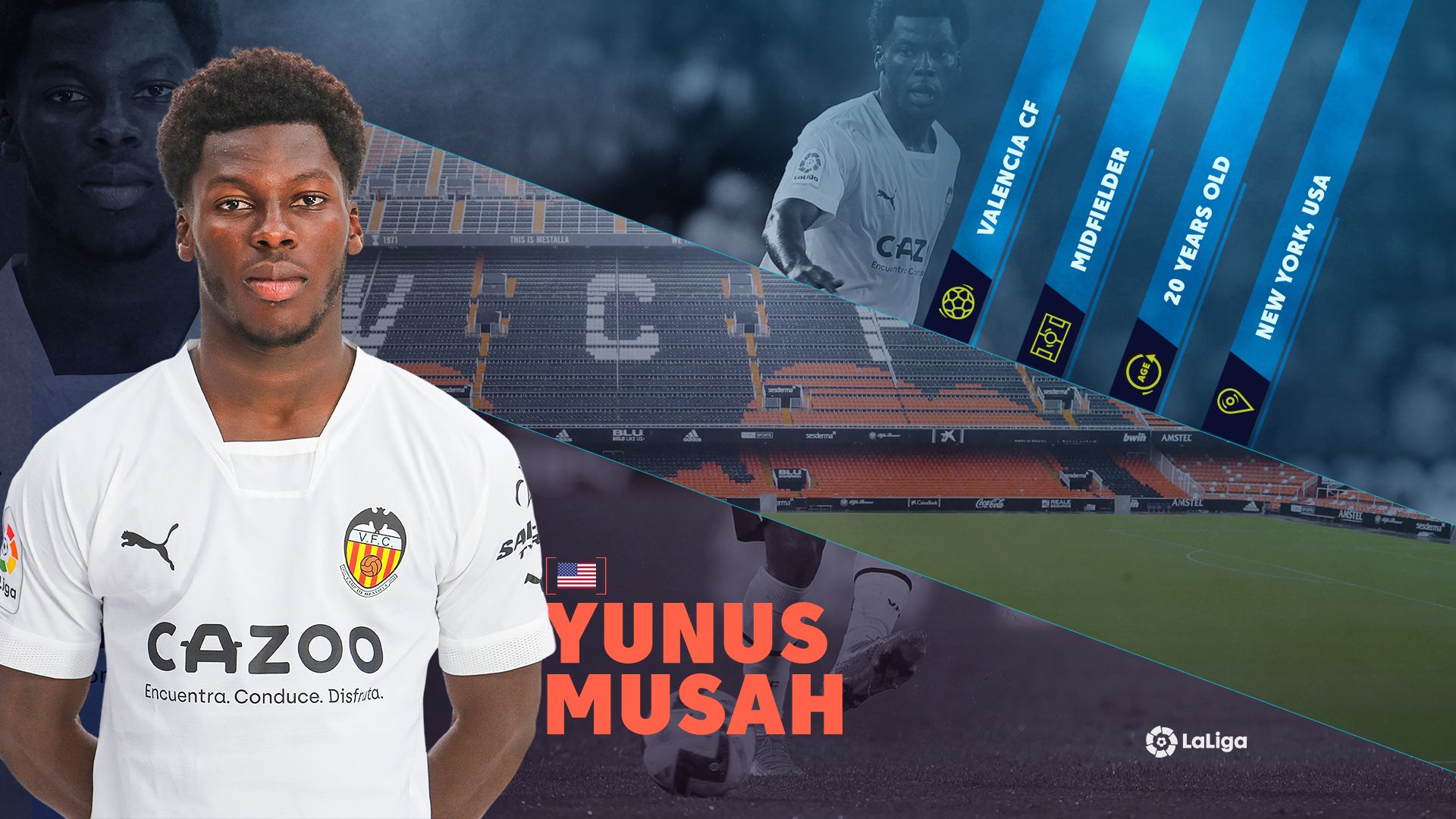 Perhaps Musah's accelerated maturity is linked to the fact that he had a busy childhood, living in various different countries. He was born to Ghanaian parents in New York City on November 29th 2002, while they were on holiday in the city. Then, he spent the first nine years of his life in Italy, before moving to England to enrol in Arsenal's youth academy. At the age of 16, he was on the move again, with Valencia CF's then-sporting director Pablo Longoria convincing him to come to Spain, after having followed Musah's career for several years.

Musah felt that Valencia CF would be the perfect finishing school as he started his professional career and he has been proved right, having already made 81 appearances for the historic club, with 71 of them coming in LaLiga Santander. Over his first few years in the Valencia CF first team, he has been able to test himself in various midfield positions, as well as earning a few minutes as a forward and even a full-back.

So pleased were the club and the player with his transition to senior football that a new contract was agreed between the two parties in late 2020, one that runs until 2026. Currently working with Italian coach Gennaro Gattuso, Musah is very happy with his role at Mestalla as he continues to work on his game. In a recent interview with Italian newspaper La Gazzetta dello Sport, the player said: “Gattuso and I always speak in Italian and he is helping me to grow. He is a great person and an excellent coach, one who is making me a complete player."

Former World Cup winner Gattuso will have felt proud watching Musah's performances with the USMNT in Qatar this winter, especially given that the midfielder only joined the American side's programme two years ago.

After having represented England at youth level, while also being eligible to play for Ghana or Italy, Musah was first called up by the United States for a training camp in November of 2020, shortly after he'd made his debut for Valencia CF. Nico Estévez, an assistant for the USMNT who had previously worked in Valencia CF's academy, was key in convincing Musah to give the US a chance, making clear that no immediate commitment was necessary. However, the teenager was so convinced by the USMNT's project and atmosphere that he decided this was the national team for him.

Now, he has already broken records for the United States and is one of the key pieces as this team builds for the next World Cup, which will be held in the country, as well as in Canada and Mexico. In the meantime, Musah will continue to work hard with Gattuso and Valencia CF in LaLiga Santander, where he is also becoming one of the best box-to-box midfielders around.