COMMENT: The club needs to sell. The player is keen. And a bid is now in. As it stands, there's a growing acceptance insideVillarreal that Yeremi Pino will soon be sold to Arsenal...

From his teammates, right up to the president, an understanding has emerged inside the club that Pino will be leaving for Arsenal in the coming days. With a contract still to run for five years, Villarreal would appear in a strong bargaining position. But they need to sell - and soon. Not only to offer Unai Emery, the former Gunners manager, a late market injection of funds to further reshape his squad. But also to balance the books and satisfy LaLiga financial compliance rules.

A €50m offer from Tottenham a year ago for Pau Torres would've seen Villarreal now free and clear. The proposal was accepted by the board - but not by Torres. The need to find a big sale this summer is now all the more acute.

With Pino's contract carrying an €80m buyout clause, Arsenal have made a decent effort to satisfy Villarreal's demands. €50m was tabled this week for the Spain international. Not Pino. Nor his management. No-one has said a thing about the situation from the player's camp. That the board are already prepared to accept the proposal is proof enough of their need to make that quick sale.

"The news about Pino is shocking," says the youngster's attacking teammate Gerard Moreno, "since he is a very important player for us. It makes you hope it doesn't happen."

Fernando Roig added more just yesterday. Villarreal's president admitting a major sale would have to be made before the window closed.

"We are going to try to keep all the players, but if an interesting offer arrives, we will see if we can agree," he said. "What I repeat is that we do not need to sell out of obligation, but always with the idea of seeking an economic balance."

Asked directly about Pino, Roig refused to rule anything out: "I don't know if there is anything, and if I did I wouldn't say it..."

So for Arsenal, it's on. After having to accept Raphinha realising his boyhood dream of Barcelona. Of finding Bayer Leverkusen reluctant to discuss Moussa Diaby. Edu, Arsenal's prime wheeler-and-dealer, has spied an opportunity at Villarreal and with Pino.

But Pino is certainly no third choice. The self-described "street footballer", at 19, is already an established member of Luis Enrique's Spain squad. For many inside the Spanish game, Pino stands alongside Barcelona's superkids Pedri and Ansu Fati as the best of their generation.

Indeed, Pino could so easily have followed the same path as Pedri. Like the Barca midfielder, Pino is a Gran Canarian and came through Las Palmas' youth system before being snapped up by Villarreal. The winger choosing the Yellow Submarine only after turning down Barcelona. 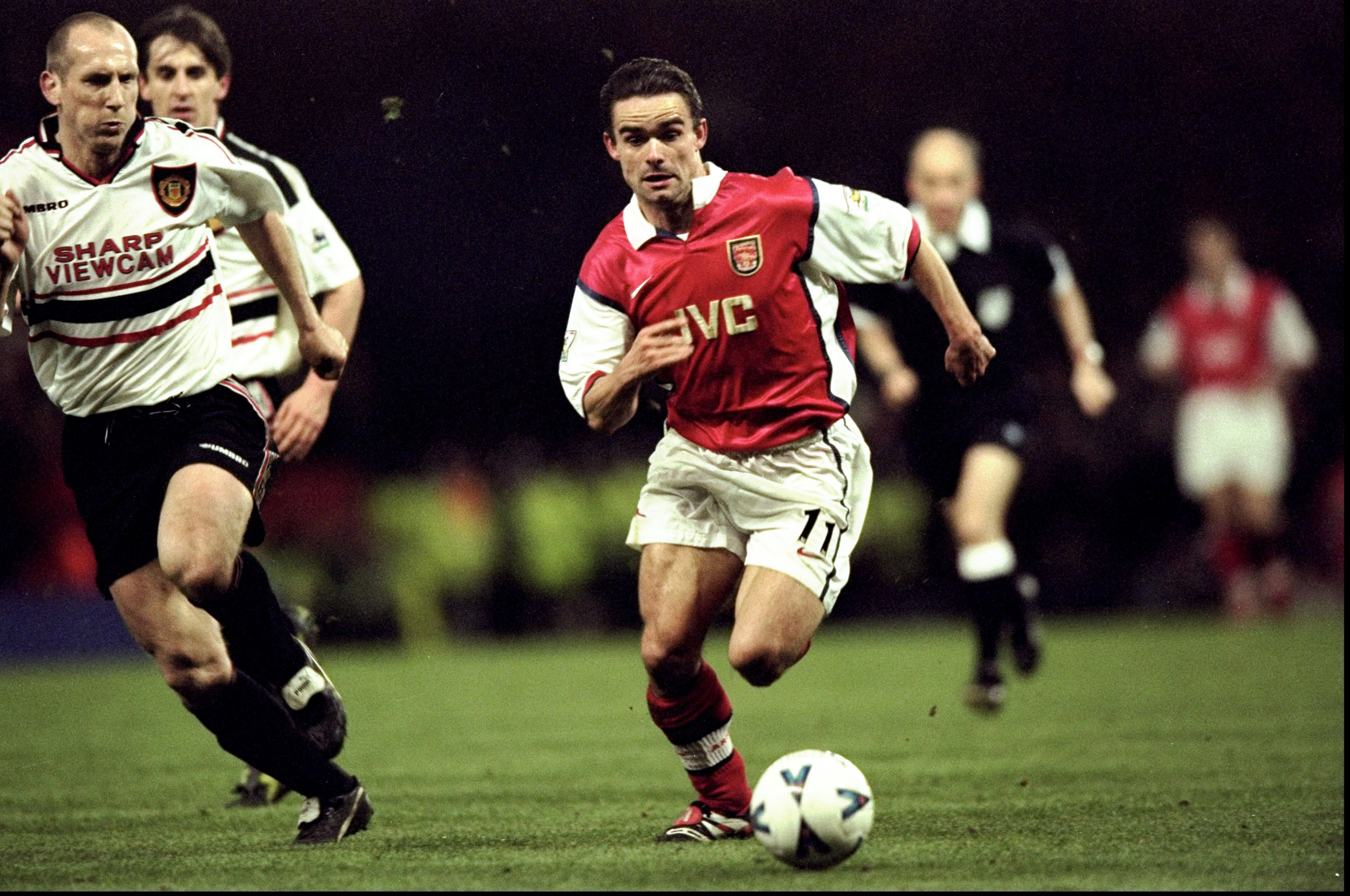 Marc Overmars at his best for Arsenal

"They (Barca) came to the island to assess the boy," recalls Daniel Fernandez, Pino's agent. "The problem was there were many filters to go through. With Villarreal, they were very direct. They wanted the boy. It was clear and simple."

Pino also says: "Before I went to Villarreal I had both offers. I opted for Villarreal. They made a good bet on me and look now, they have trusted me from the first moment."

Of course, the irony is with that decision, Pino would eventually leave the door open to Raphinha making his move from Leeds United. That Edu has turned to Pino as an alternative to the Brazilian is no great surprise.

Pino isn't an academy player. He's not your traditional Spanish footballer. Indeed, he lines up more with your typical, all-action British winger (like a George Armstrong) more than any silky-skilled Spaniard. As mentioned, he describes himself as a "street footballer". A player who was taught the fundamentals by his father, Carmelo, and honed them in the public parks on the Canary Islands.

"My father trained me when I was little and he always told me 'go forward, go forward!' and every time I have the ball I always try to do it," he recalls. "I have played a lot in the street, with the walls, in the end you survive with what you learn as a child and each coach tells you. You visualise things from great players like Cristiano, Mbappé, and try to imitate them. Sometimes it works or not, because you also have to have some luck in dribbling.

"I used to go to my park, in my neighborhood, and go down to play every day. And now I go and there is nobody in the park. Children with the internet, the 'PlayStation', all of this has harmed children going out into the street."

In Spain there's a lament that players of Pino's type are becoming all the more rare. Explosive. Dynamic. Individualistic. They're just some of the monikers headline writers in the Spanish press have given Pino over the past year. In Spain they call it 'overflow', the ability of a player to dip his shoulder and go past his opponent. Not to pass the ball around a defence, but to dribble through them. Like Raphinha. Like Diaby. This is what Pino possesses. It's his greatest strength and it's why Edu has happily sanctioned a €50m offer for the Spain international this week.

Marc Overmars. Anders Limpar. Geordie Armstrong. They've had some wingers over the years at Arsenal. Some real entertainers. And you fancy, Pino has everything in his locker to carry on the tradition.

Villarreal need to sell. And Pino is keen. It could be only a matter of days - if not hours - that the 19 year-old from the Canary Islands is pulling on an Arsenal shirt.