Xavier Mbuyamba & Chelsea: A triumph of patience - and their scouting team

COMMENT: Ban? What ban? A top four finish. Champions League qualification. And now the lad denied them a year ago has just put pen to paper on a contract. Chelsea have definitely overcome UEFA's slapdash attempt to punish them for claimed transfer breaches...

Of course, thanks to the Court of Arbitration in Sport, Chelsea are now in the clear. But even if that appeal against their transfer ban had been rejected, there's every suggestion what we've seen from Chelsea this past season would've still played out. And that includes yesterday's announcement of Xavier Mbuyamba inking terms to 2023.

Without UEFA's intervention, the 18 year-old defender would be entering his second year as a Chelsea player. Having been spotted as a 17 year-old first teamer with Eerste Divisie MVV Maastricht, a round of successful trials at Cobham had convinced Chelsea to immediately offer Mbuyamba a contract. But that was soon forced to be withdrawn after UEFA's ruling was handed down. In the aftermath, Barcelona - specifically their newly-appointed academy boss Patrick Kluivert - saw their opening and ferried the youngster away to Spain.

Recalls Mbuyamba: "Chelsea wanted to offer me a three-year contract.

"But the transfer ban prevented me from going there. But there were also many other clubs that wanted me, including Barcelona."

A year on, however, and Chelsea have their player. The teen's departure a consequence of the doubts and instability now engulfing crisis hit Barca. As Carlos Barros, Mbuyamba's agent explained, a looming presidential election was a major influence on their decision to cut ties after just 12 months.

"Xavier could've moved up to the second team and Barcelona B," Barros stated. "But the hassle that there is now in the boardroom and between the board and bigger players, does not offer a good feeling for the future."

But the decision to revisit the Chelsea option wasn't just about matters inside the Barca boardroom. There can be little doubt his year with Barca hasn't met the expectations sold by Kluivert a summer ago. From being a first teamer at 17 with MVV, the defender found himself back in youth football at Barca. And while he trained with the senior squad, there were no B team appearances offered last season. 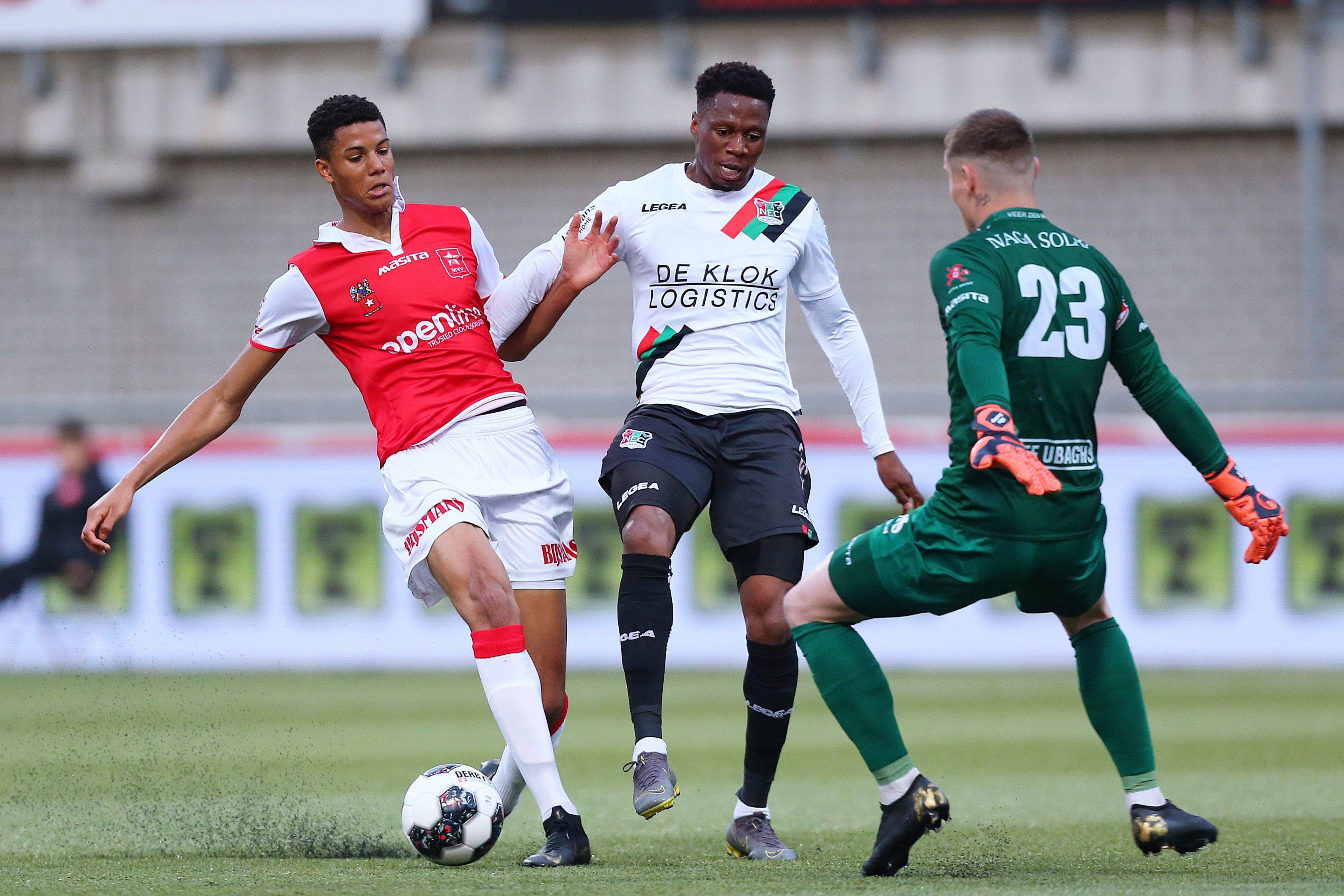 Indeed, sources inside La Masia have told this column that as talented as he is, Mbuyamba was in limbo. Not quite strong enough for first team football (as some - but not all - coaching staff saw it), but clearly too good for the youth team. His best avenue for any type of action at a decent level was in the UEFA Youth League. No matter how you slice it, the decision to move to Spain set Mbuyamba's development back.

In contrast, Chelseado have a plan for the 18 year-old. Indeed, as much as he was eager to speak again with his old suitors, both Mbuyamba and Barros came away from their talks even more impressed than a year ago.

Barros this week stated Chelsea had "given a fantastic presentation" to convince Mbuyamba about moving to London. Significantly, that "presentation" included several points contrasting how Chelsea, under manager Frank Lampard, treat their young players compared to Barca.

"There is a unique football atmosphere there," Barros said, discussing what Chelsea had proposed. "You are immediately among the first team players during lunch and the club has outlined a very ambitious plan for Xavier. They really think that he can be in the starting line-up in one or two years."

Lampard's approach in his first season in charge at Stamford Bridge hadn't gone unnoticed. Barros confirming what intermediaries have told this column about the sudden attraction of Chelsea for the world's best young players.

"We think Lampard will count on him," added Barros, "because he has already shown, of course, that he is not afraid to play young players."

But beyond the growing reputation of Lampard, this a triumph for the club's scouting system.

It was Chelsea's talent spotters whom first recognised the talent of Mbuyamba. Not Barcelona. Nor Ajax, PSV or anyother major Eredivisie club. Indeed, not even the national team's youth scouts. It wasn't until his move to La Masia that a first U19 cap with Holland was won.

When Chelsea first approached MVV about taking Mbuyamba for trials, they had competition - from local rivals Heracles Almelo and Groningen. Only after those tests in London - and that three-year contract tabled - did they all came knocking on Barros' door.

Now a year on, Chelsea have their man. A little wiser. More motivated to prove doubters wrong. And on that same three-year deal tabled 12 months ago. Transfer ban? What transfer ban...?