COMMENT: The irony has not been lost on anybody. It was a couple of years ago when an old and grumpy Jose Mourinho blasted his Manchester United players for their excessive use of social media. A few months after his reluctant starring role in the All or Nothing documentary series, the same Mourinho has become a star on Instagram.

Just this week, Mourinho sent Instagram alight when he posted a photo with Sergio Reguilon and a leg of ham after beating Manchester City on Sunday, accompanied with the caption: "A promise is a promise. It costed me £500 but I keep my promises".

Asked about his activity on Wednesday, the Portuguese replied: "I just try to open our world to the world. People love the insight, what they don't see."

But make no mistake, Mourinho's attitude switch on social media means much more. Instead, the posts are a symbol of how Mourinho has tried to recast himself from grumpy dinosaur to sarky elder statesman. Like a grandfather playing FIFA with his kids, Mourinho has endeared himself to a squad of trophy-less, hungry footballers who are willing to accept his wisdom. But it is a change he has worked on over time.

It seems like only yesterday Mourinho was at his lowest point. Those last few months at United were excruciating to watch. The Portuguese, once charismatic and witty, became angry and petty. Many said Jose was past it, a coach from a bygone era. And they were right. Mourinho knew they were right. That was the saddest part. It is what drove him to berate everyone in sight. He knew it was his fault and he projected that inner conflict onto the world.

What had brought Mourinho mountains of success was a meticulous eye for detail, but most importantly, a penchant for player psychology. But times had changed. Nearing 60, Mourinho could no longer connect with his players. Those who grew up on smartphones as their television screens. A generation more sensitive, introverted. That signature Mourinho combativeness did not spark determination, only resentment, and eventually, resistance. 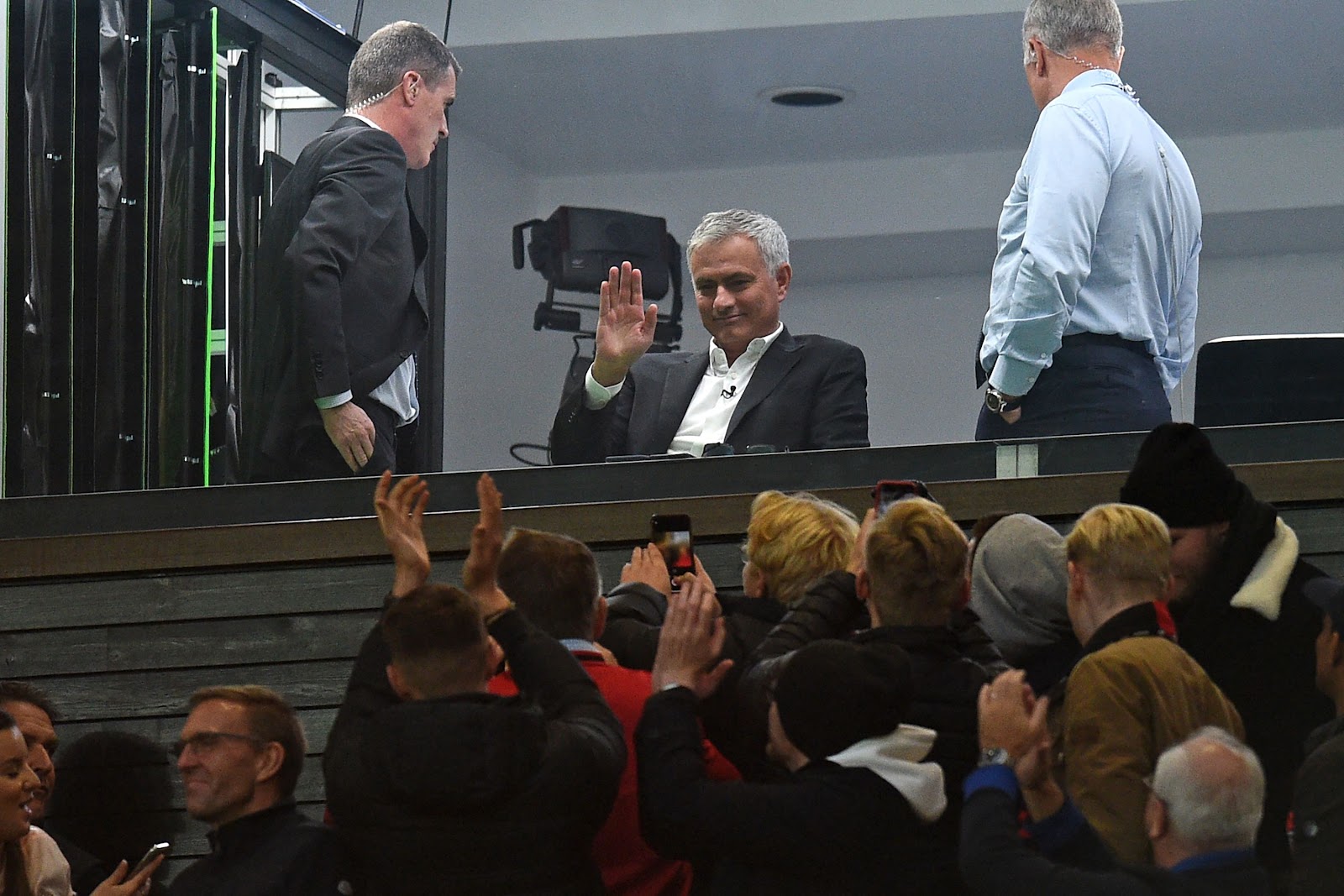 A long sabbatical ensued, one which, the longer it went on, seemed permanent. It looked as though, sitting in his comfy chair in the Sky Sports studios, or alongside Arsene Wenger at the Champions League final, that perhaps, just maybe, this might be the future for the once self-proclaimed 'Special One'. But how wrong we were. All that time, in a one-on-one battle with himself, Mourinho reflected on what went wrong at United and how he could change the next time an opportunity arose.

Fast forward to now and this current Spurs team, although not as aesthetically pleasing as Mauricio Pochettino's side, look more fearsome and aggressive than they ever did under the Argentine.

And yet, this is not a team without deficiencies, far from it. Liverpool and Manchester City have more talent, are stronger defensively and have experience winning trophies. This is where Mourinho's work behind-the-scenes has come to the fore.

Former Spurs boss Tim Sherwood asserted that Mourinho has 'brainwashed' his players to believe in success. Listening to Eric Dier this week, Sherwood might have a point.

"(Mourinho's) created a fantastic atmosphere, a fantastic camaraderie in the dressing room. We all want to perform for him. And to anyone saying those kind of things [negative about Mourinho], as players we want to prove them wrong for him."

Harry Kane, Lucas Moura and Harry Winks have all said similar things about their manager. This is the way Liverpool and City players talk about Klopp and Guardiola. With the sort of reverence that eluded Mourinho during his time at Old Trafford. There is warmth, trust and respect. Spurs have bought into Mourinho's ethos, and for his part, he has bought into theirs, as his activity on social media can attest.

After beating Burnley at Turf Moor, holding onto a 1-0 lead they would have thrown in years past, Mourinho took to Instagram. He was pictured in the dressing room, with a smirk on his face, pointing at his players, who were all on their phones, accompanied with the caption: "Sign of the times". Isn't that exactly what your dad or grandad would say at that moment? And this is exactly the image Mourinho wants to convey. That he understands, that he gets it. He might not be part of this generation but he will not judge. Indeed, he will partake. 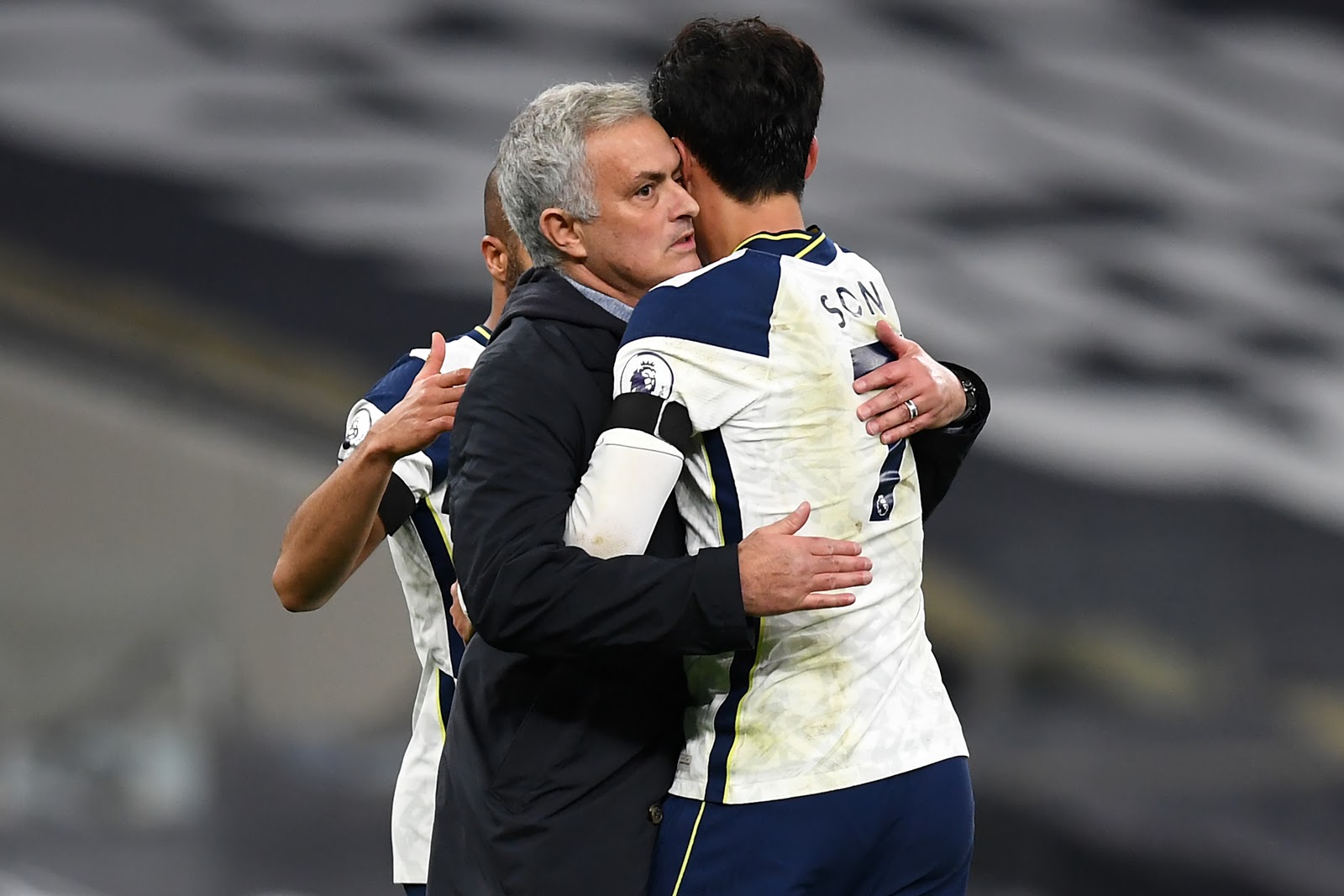 'The Special One' is gone. Memories of Chelsea, Inter and Real have faded. But Mourinho, the man, never disappeared, only laid dormant, waiting to reinvent himself once again.

"I think now, I'm the Experienced One," Mourinho said last week. And he's right. Experienced enough, and mature enough, to understand the limitations of his own ego. To accept the fact he had to change or else meet the expectations of those who dismissed his future legitimacy.

That being said, there is every chance this Spurs stint will spontaneously combust, a common theme during Mourinho's illustrious career. But right now, in the midst of a terrible year, let us enjoy Mourinho 2.0 while we have him. The sparkle is back, as are the witty pressers and touchline antics. And now too, a connection with a whole new audience, and a whole new team. And who knows, maybe another title for the old master.