COMMENT: A year to stagnate? Consolidate? Or one to write off? Whatever the answer, this season hasn't been the one many of us was expecting from Shola Shoretire at Manchester United...

Now 18. Now not only a Premier League, but also a Champions League player. There was an expectation we'd have seen more from Shoretire by now.

A generational talent. From Wallsend and Newcastle. To Manchester City's famed, modern day academy. To United, a Premier League debut at 17, followed by the same in the Europa League - so breaking Norman Whiteside's 38 year-old record. This was all achieved last season, a platform - if ever there was one - to launch the teenage Geordie's first team career.

But this season, that just hasn't happened. The kid has become an afterthought. A change of manager appearing to also mean a change of status. Though it's not like his game has suddenly stalled.

Shoretire is still playing against players five, six years older than him. He's still impressing. He's still shining. Six goals in sixteen games for the U23s, with the same amount of assists, says as much.

Only, Shoretire was also doing that 18 months ago as a 16 year-old. It was in flashes, sure. We're not arguing that at 16, Shoretire was dominating U23 games. But when on the ball. When in possession. The kid was outstanding. His movement. His swagger. It was Rooney-esque. The comparisons between Shoretire at 16 and a young Rooney coming through at Everton not such a long bow to draw.

But cycle a year on and we were expecting more this season. More chances off the bench. More chances in the Cups. But it just hasn't happened. Instead, Shoretire remains an U23 player. But for one of such potential. This season really should've been a case of: been there, done that. Now where to next?

Instead, for now, Shoretire - having turned of age last month - faces the prospect of playing out the season at the same level the previous management had been eager to see him skip through.

It was under Ole Gunnar Solskjaer that Shoretire was fast-tracked into the first team last season. Two appearances off the bench in the Premier League. A debut in the Europa League. There was a momentum about Shoretire and his career. An anticipation that we were witnessing something special. 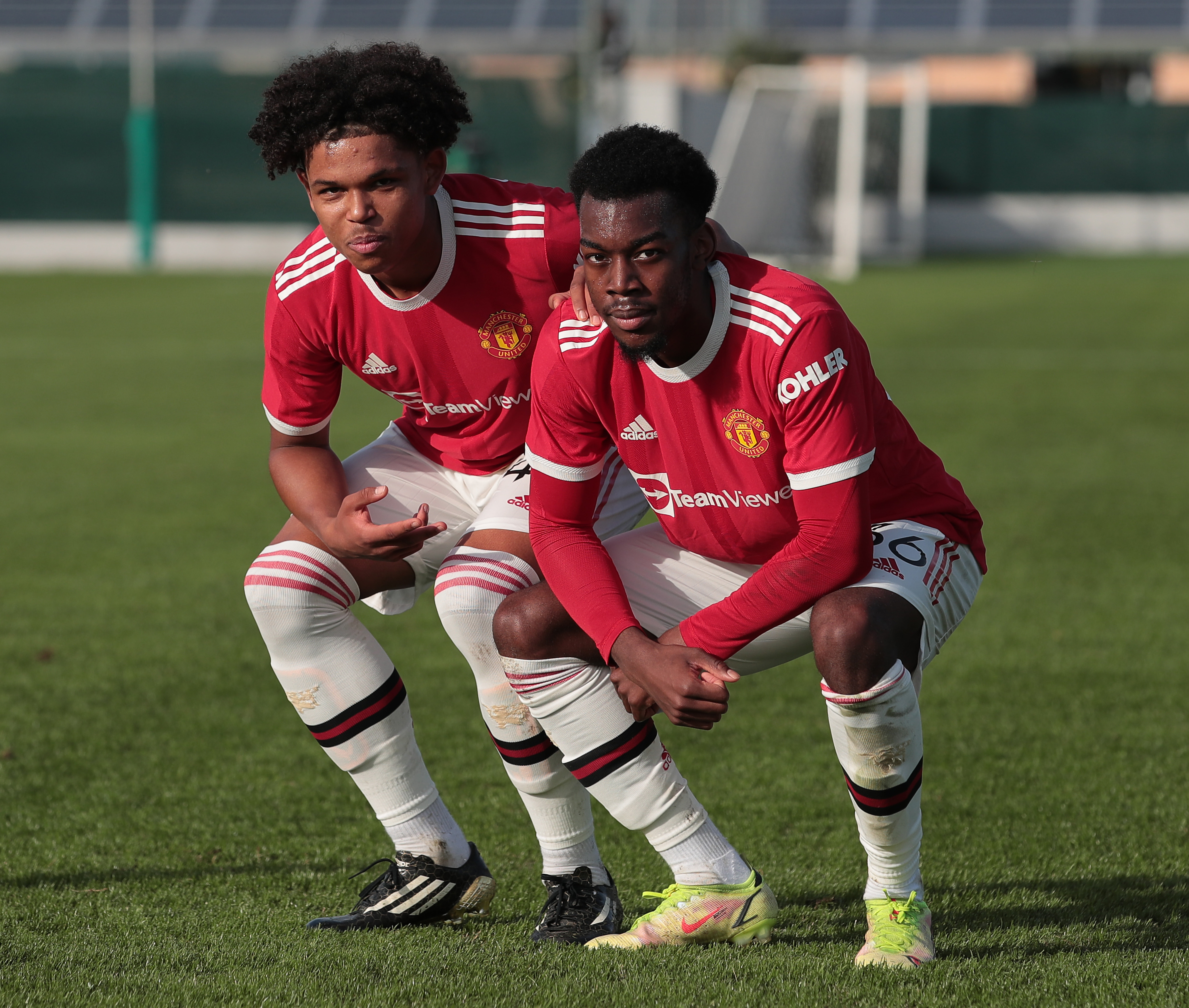 But it's all hit a roadblock this season. Yes, the Champions League debut came. And to be fair, it was under Ralf Rangnick. Though how much Kieran McKenna influenced the decision is worth considering. McKenna would leave days later for the manager's job at League OneIpswich Town.

That was in December. And since then, it's been out of sight, out of mind for the teen. Where under Solskjaer and his coaching staff, Shoretire appeared all set to be gradually handed more and more first team minutes this season, it's all dried up since Rangnick's arrival.

And this is where United need to be wary. It wasn't just Solskjaer who left in November. McKenna would eventually also go. As did Michael Carrick. In came Chris Armas and Ewan Sharp. Armas from the 'States. Sharp from Moscow. New thoughts. New opinions. And it does appear they don't involve Shoretire.

Harsh? Simplistic? Perhaps. But this column can't help but see similarities between how Angel Gomes was lost to the club after the change of Jose Mourinho for Solskjaer, to now what Shoretire is experiencing under Rangnick. Indeed, Gomes may've been lost to United, but he hasn't been lost to English football. The midfielder, as a Nice player, earning his first caps for England U21 earlier this season - a just reward for a Ligue Une campaign which has seen him make 20 appearances so far this season.

But that should've been as a United player. Gomes had the talent. The attitude. The approach. But where Mourinho saw enough in a 16 year-old Gomes to give him his Premier League debut, his career spluttered and stalled under Solskjaer. It's no great stretch to fear the same is threatening to happen to Shoretire in 2022.

There is, to be fair, continuity in the backroom team. Darren Fletcher is still there. The academy staff, as much as there's been yet another shake-up in recent months, still boasts some long time mentors.

"I'm working closely with Nick Cox, as Head of Academy, to look at the long-term strategy for bringing players through," Fletcher, as the club's technical director, told a fans' forum last week.

“We have to manage the balance between allowing them to develop and creating the right steps for that, without piling the pressure onto them."

But in terms of a plan for Shoretire, it's just not apparent. And for all the good work being done underneath the first team, in the end the prospects of an academy player getting a look in really rises and falls on the opinion of the manager.

For the moment, we're yet to hear from Fletcher, Nick Cox or Neil Wood about Rangnick approaching them to nominate a couple of players who deserve a run out with the first team squad. Maybe it's happened? But Anthony Elanga aside, despite the deeper bench, we've seen little in terms of new faces in Rangnick's team selection.

Shoretire will make it in this game. And as Gomes has shown, there is life for a young player beyond United. Now 18 and having tasted senior football at all levels, we were expecting to see more this season. It's just a shame this campaign does appear one for Shoretire to write off.