Where are they now? Barcelona starting XI for Messi's first LaLiga goal

Lionel Messi has scored hundreds and hundreds of LaLiga goals for Barcelona – 438 to be precise – but few may remember his very first, a stoppage time strike against Albacete at the Camp Nou on May 1st, 2005.

Samuel Eto'o had opened the scoring on 66th minute to put Barça on the way to a 2-0 win and the LaLiga title. 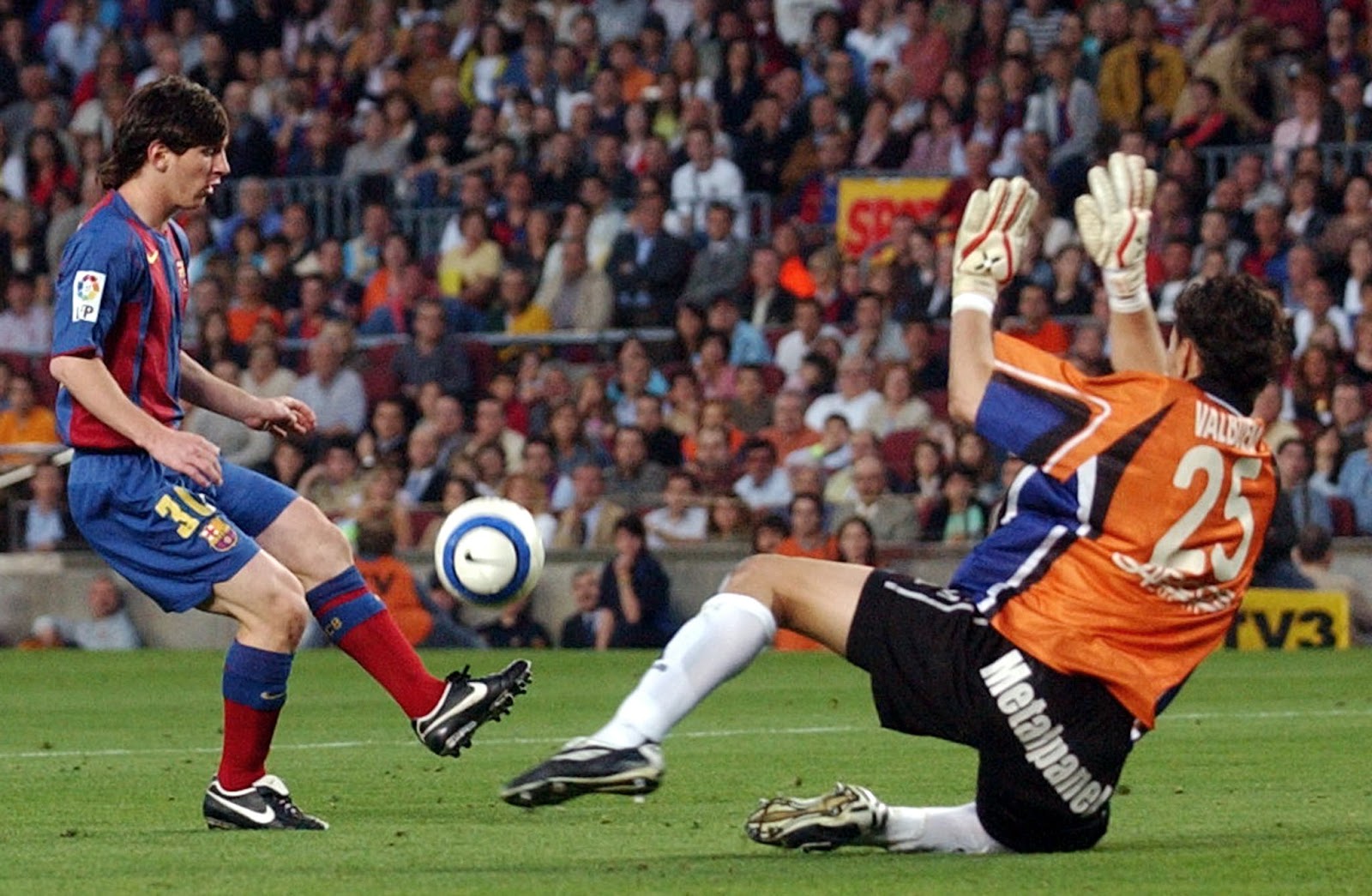 Barça, under the leadership of Frank Rijkaard, were back on track after years of instability and ended up wrapping up their first LaLiga title in seven years. Their starting XI that night was undoubtedly full of iconic stars… how many do you remember from that famous night fifteen years ago this week?

The Catalan goalkeeper knew Messi from their time together at La Masia and made almost 400 first team appearances for the club in LaLiga between 2002 and 2014. Remembered as one of the finest keepers in club history, he finished his career with brief spells at Manchester United, Standard Liege and Middlesbrough. After retiring he moved into coaching and briefly took charge of Barça's Juvenil A (U19) youth side in 2019. 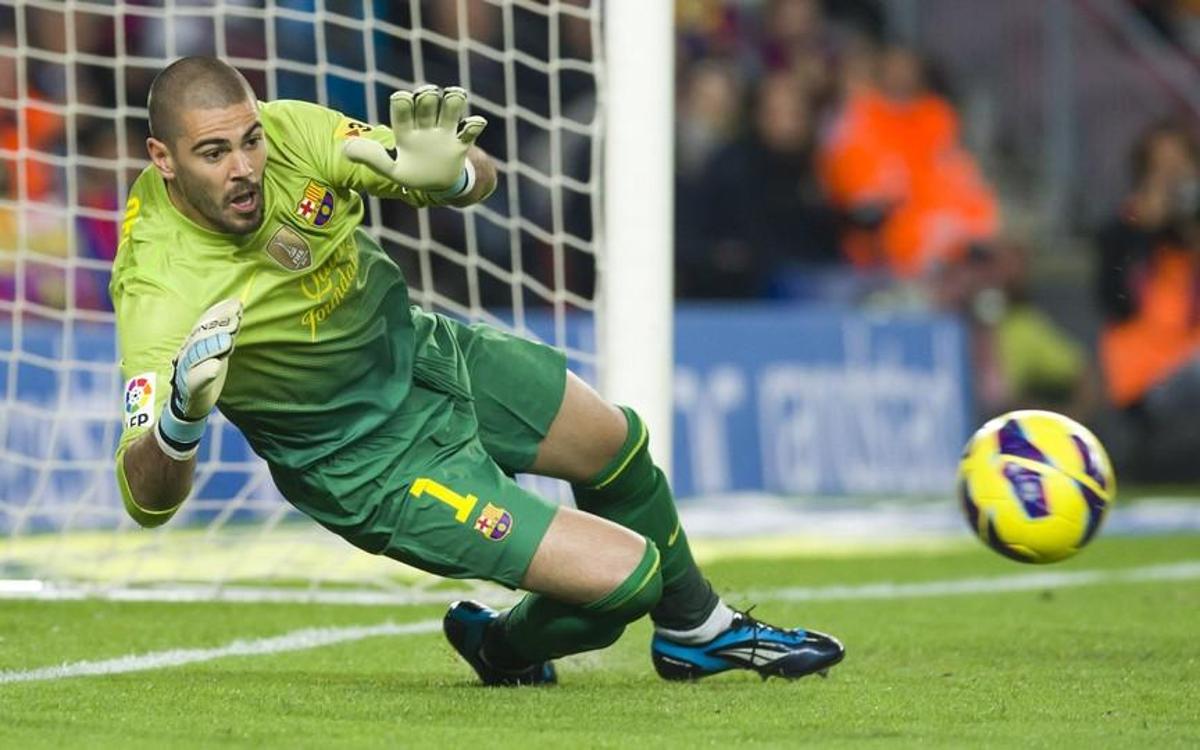 Brazilian full-back Juliano Belletti famously scored the winner in the 2006 Champions League final, a match which Lionel Messi missed through injury. After a stint with Chelsea and a brief return to club football in Brazil with Fluminense, he hung up his boots and now acts as an international ambassador for Barcelona. 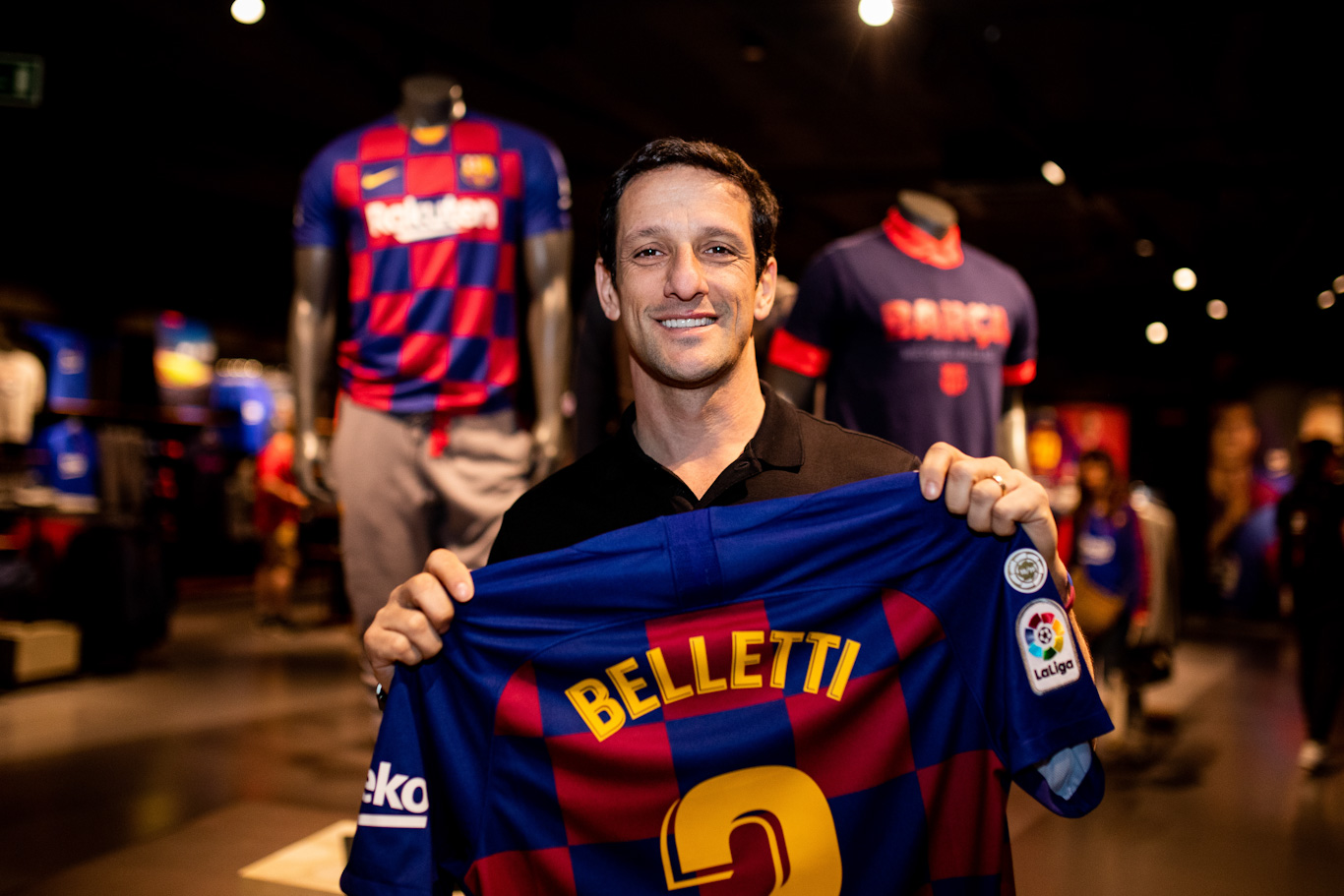 A local lad made good, Oleguer came through the club's youth ranks and was handed his first-team debut by Louis van Gaal in 2003. Adept at both centre-back and right-back, Oleguer was a semi-regular fixture for Barça until 2008 when he moved on to Ajax, where he finished his career in 2011. Known for his interests outside football and activism, he is still involved in the political sphere and has written for various publications. 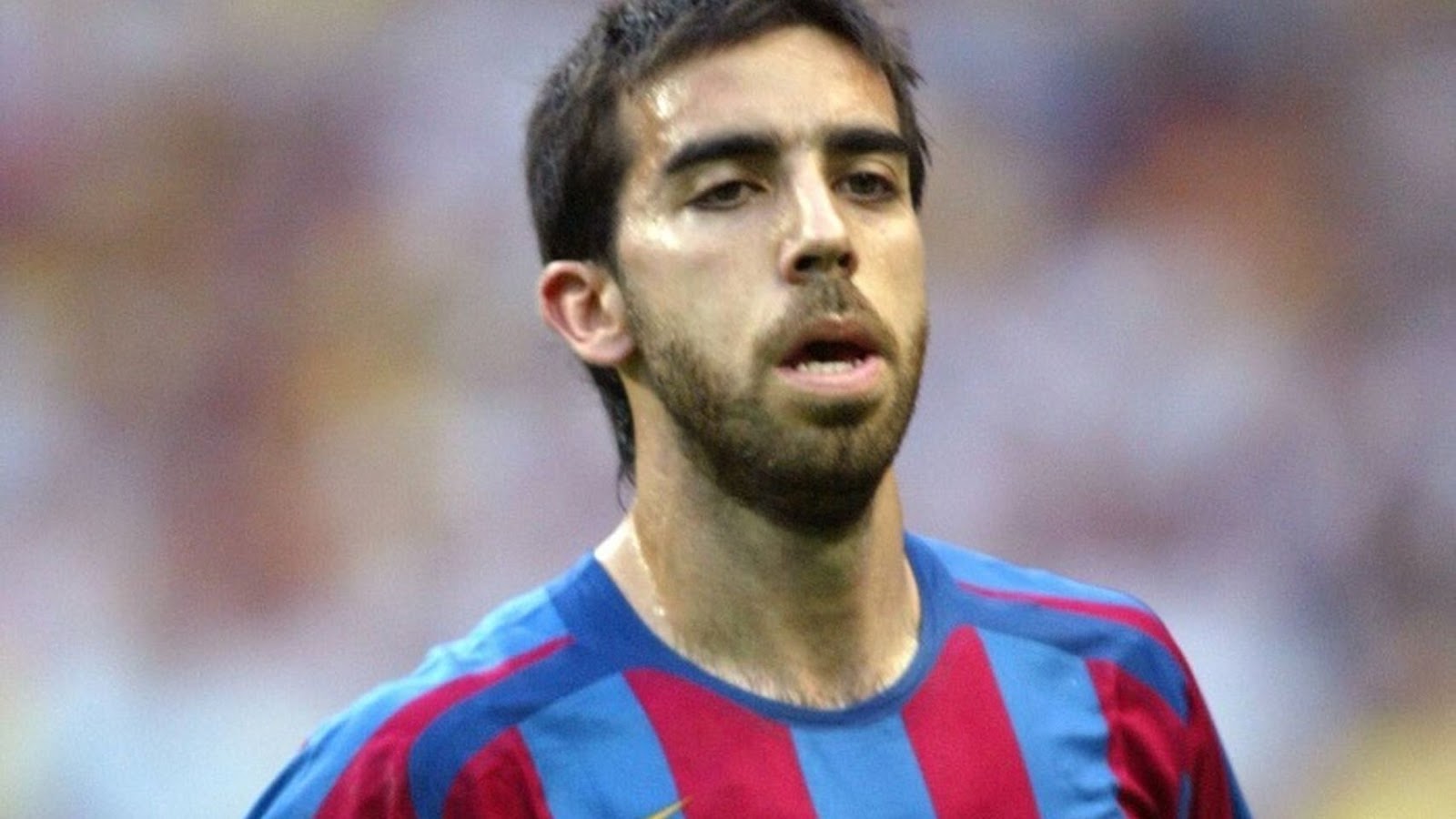 Carles Puyol, the ultimate one-club men. The Barça icon retired in 2014 with six LaLiga and three Champions League titles and briefly returned to the club as assistant to director Andoni Zubizarreta until 2015. Puyol came close to a return to the club as sporting director in 2019 and is often touted for a future role in the club's administrative set-up. He's also spent time as a player agent and LaLiga Ambassador since retirement. 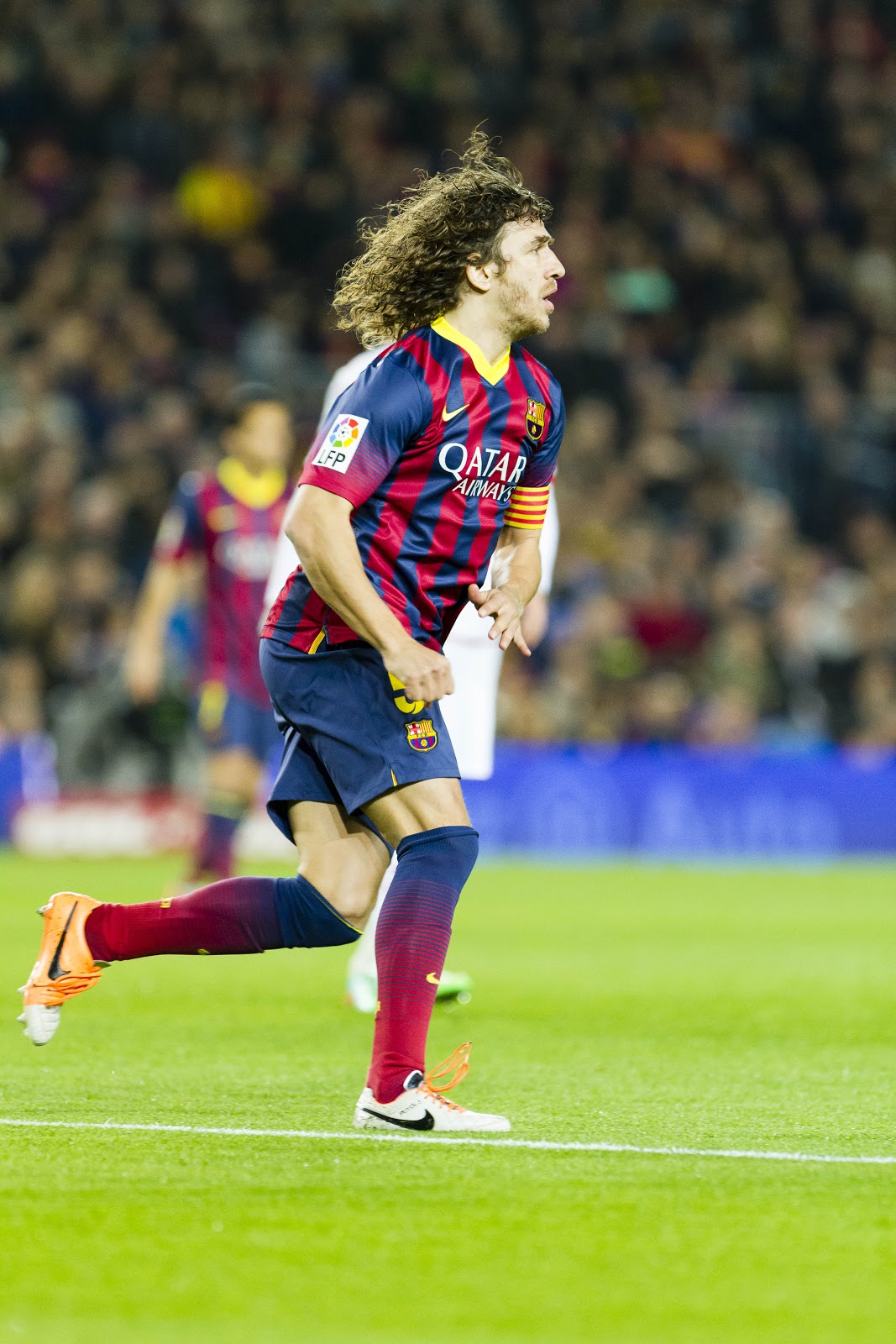 A fixture at left-back for much of Frank Rijkaard's time at the club, 'Gio' left the Camp Nou in 2007 to return to his hometown club Feyenoord. After retiring in 2010, he stepped into a coaching role, working his way up to head coach, and in 2017 led the club to their first Eredivisie title in almost 20 years. Van Bronckhorst is now the head coach at Chinese Super League side Guangzhou R&F. 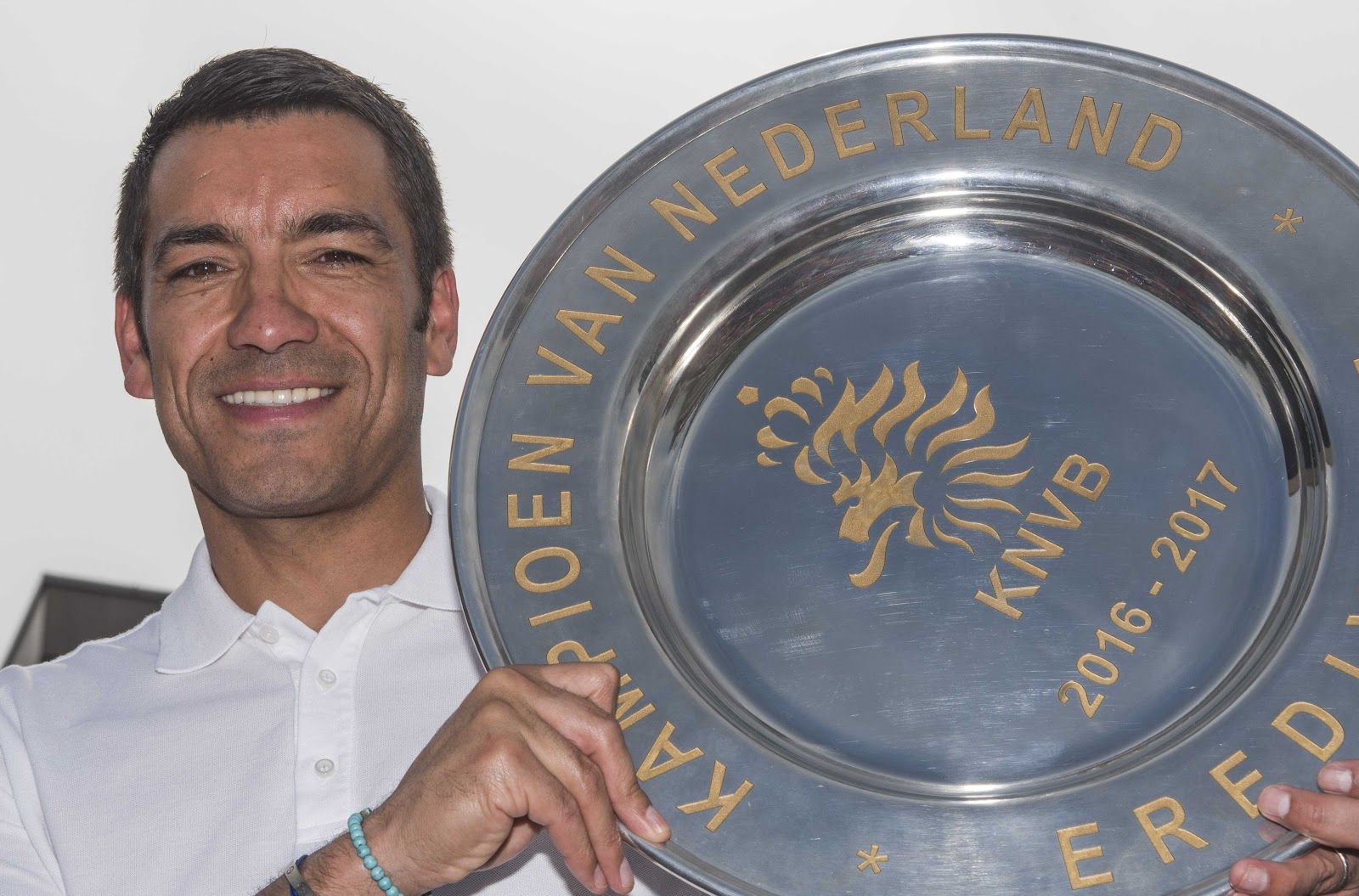 What can we say about Andres Iniesta? A fixture in the middle of the park for much of Messi's LaLiga career, the mercurial midfielder racked up 442 league appearances – along with nine LaLiga titles and four Champions League trophies – for Barcelona before leaving for Japanese J-League side Vissel Kobe in 2018. He also famously scored the winning goal for Spain in the 2010 World Cup final against the Netherlands. Not a bad career… 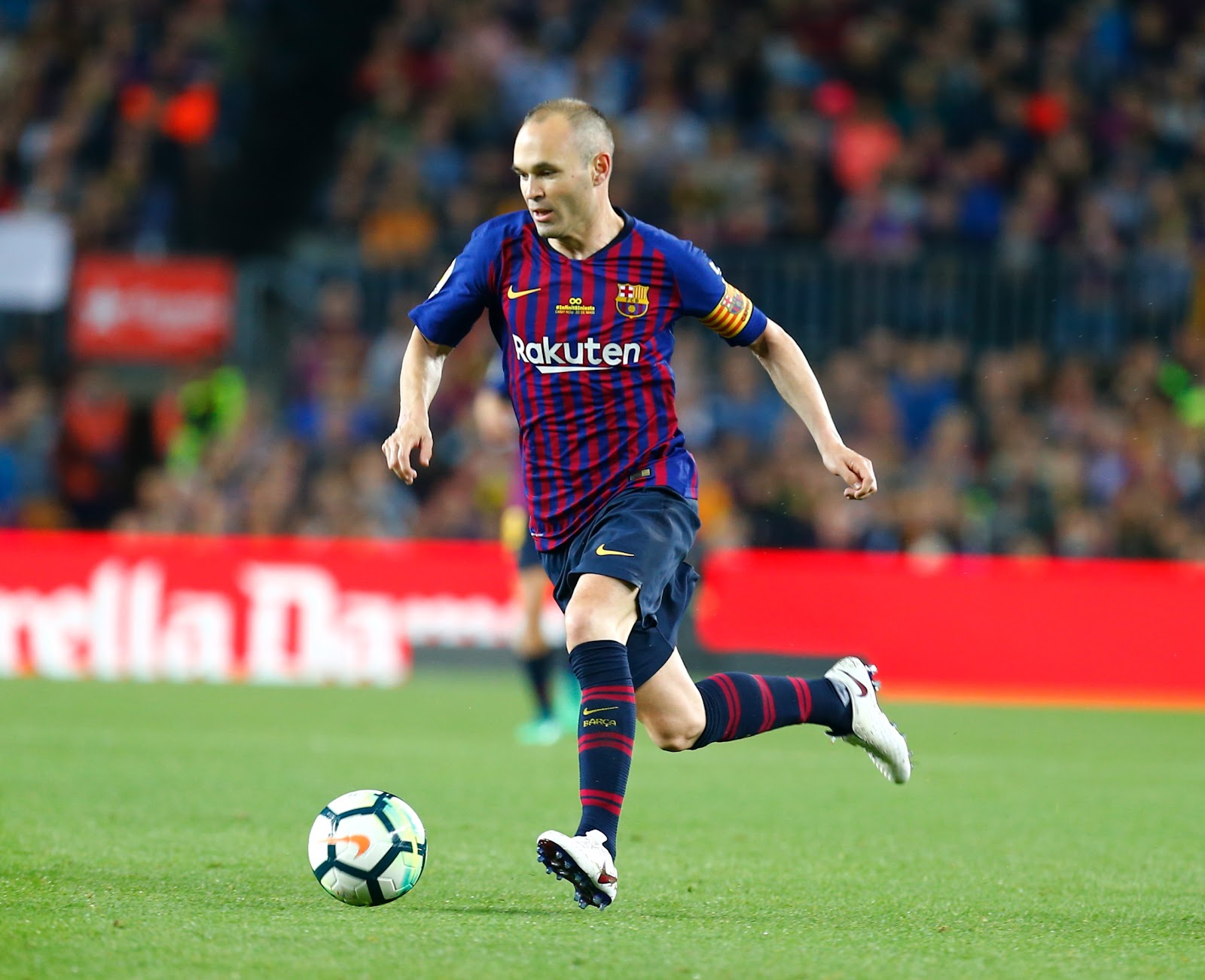 Rafael Márquez played until the age of 38, spending time in the USA, Italy and his native Mexico after leaving Barcelona after a seven-year spell in 2010. He made his final professional appearance at the 2018 World Cup, a record-breaking fifth tournament for Mexico at football's showpiece competition. Following retirement, he worked as a sporting director at Mexican club Atlas, the side he made his first-team debut with, leaving at the end of 2019. Marquez has since stated that he'd be interested in getting into coaching. 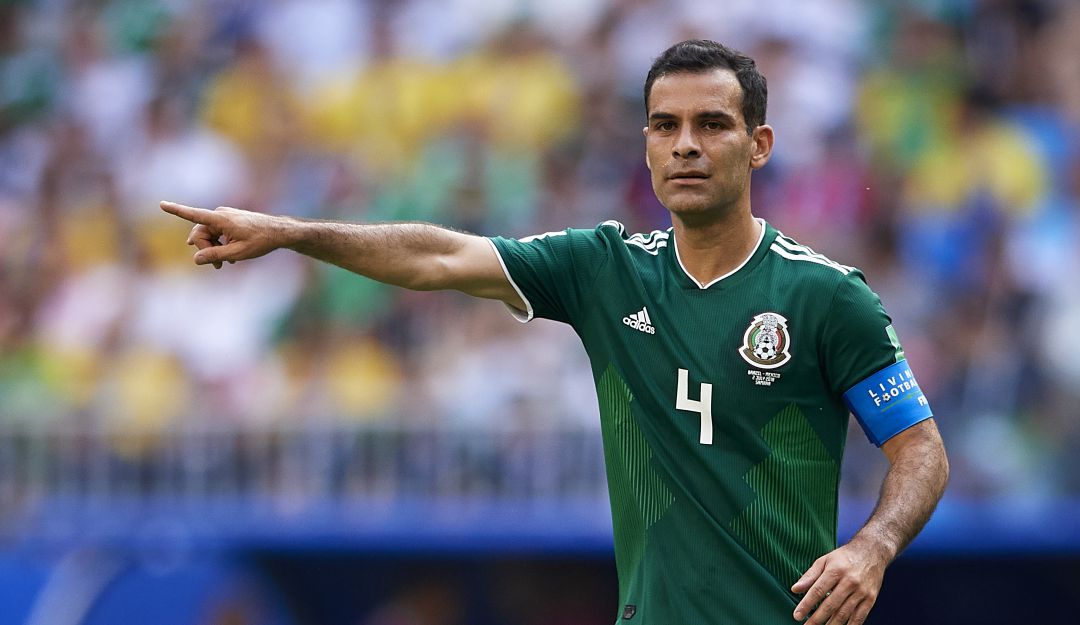 A mainstay in the Barcelona midfield after arriving in the Camp Nou in 2004, the Brazilian-born Portugal international made 113 league appearances for the club. He moved on after the arrival of Pep Guardiola in the Barça dugout in 2008, first to Chelsea in England before ending his career in Brazil with Fluminense. He stayed in Brazil after retirement, working as a player agent and even starting his own representation agency. 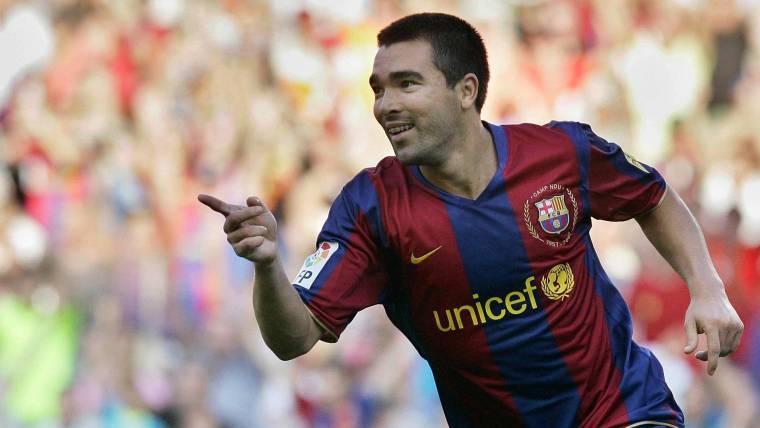 A pacey winger with a low centre of gravity, Ludovic Giuly was a key part of Barça's three-pronged attack force along with Ronaldinho and Samuel Eto'o during the mid-00s. The Frenchman left for Roma in 2007, before moving back home to finish his career in France. His long-standing connection to AS Monaco continues; after playing most of his career in the principality, he moved into the boardroom at the Stage Louis II and is now an assistant coach for the club's B team. He's also fondly remembered at his first club Monts d'Or Azergues Foot, who named their stadium after him in 2013.

Undoubtedly one of the best strikers of his generation and possible the greatest African player of all time, Eto'o scored 108 goals in 144 LaLiga appearances for Barcelona. After leaving the Camp Nou in 2010, he went on to play for the likes of Inter Milan, Anzhi Makhachkala and Chelsea, ending his career last year with almost 300 top-flight goals. He's now a LaLiga Ambassador, representing the league around the world. 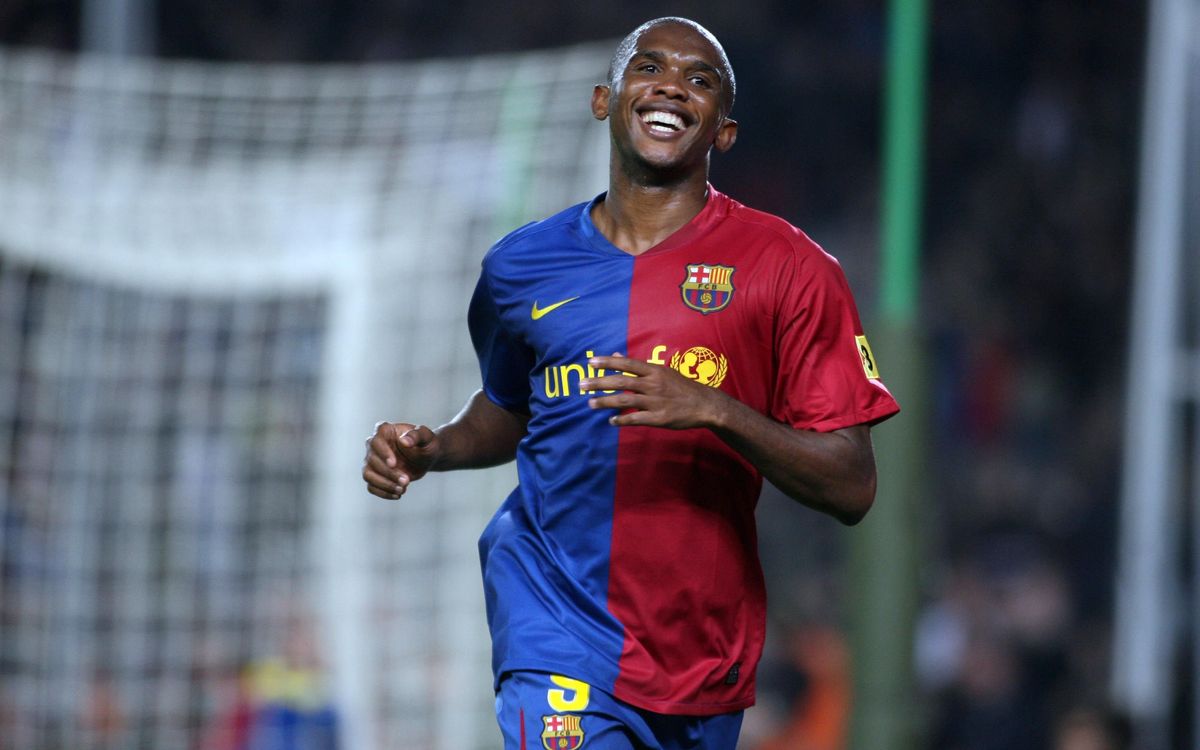 One of the greatest players of the 21st century, Ronaldinho danced and dribbled his way into the hearts of football fans around the world while at Barcelona. He left the Camp Nou when Pep Guardiola arrived in 2008 and went on to play for AC Milan – where he won the Scudetto in 2010 – before spells in Brazil and Mexico. A fixture in legends games since his last game in 2015, Ronaldinho retired as one of only seven players to have won the World Cup, Champions League and the Ballon d'Or. The Brazilian made headlines more recently with a bizarre stint in a Paraguayan prison for allegedly entering the country with a false passport. 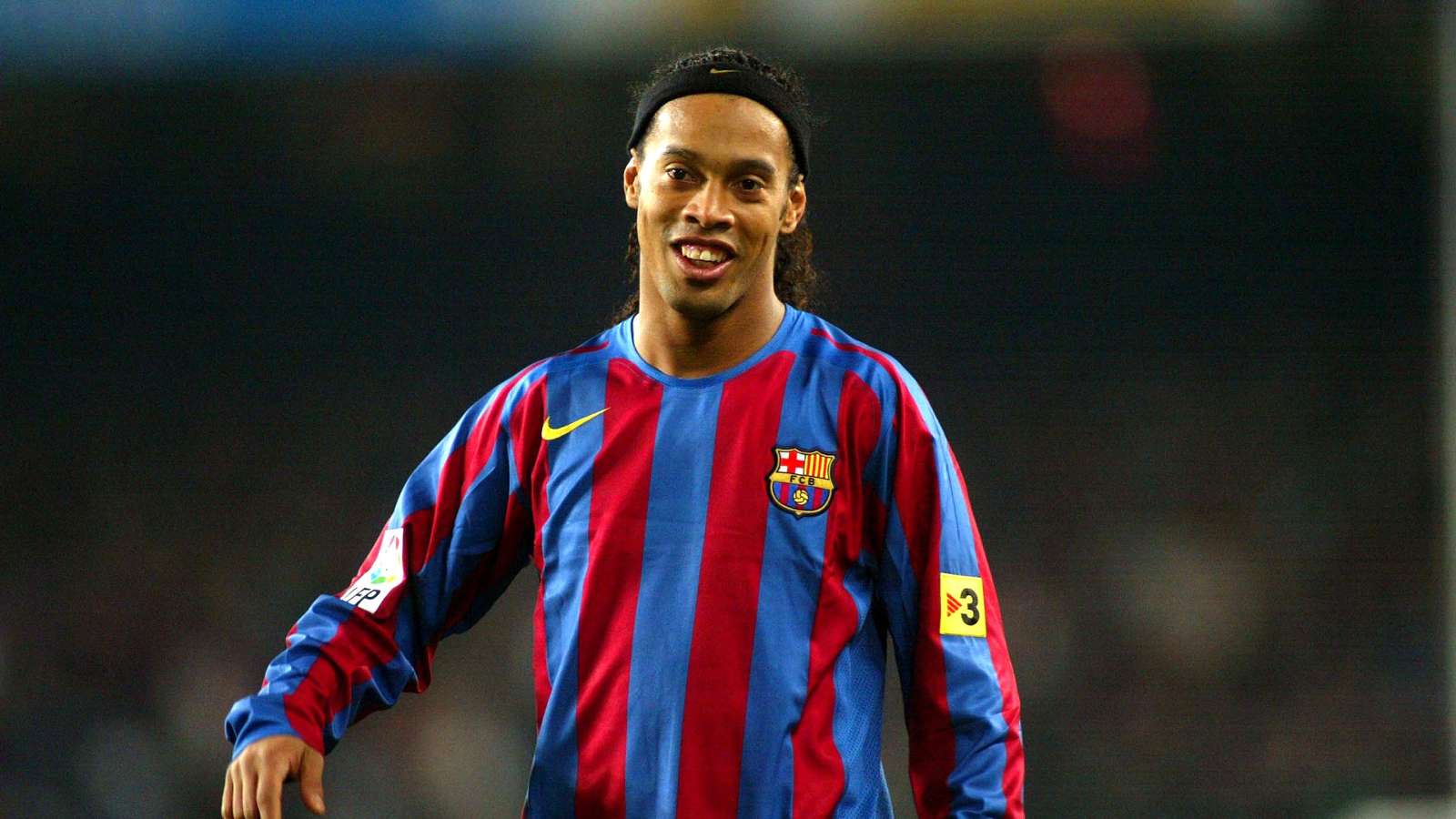 Rijkaard's coaching career is an odd one. He put Barcelona back on track after years of instability and lack of success, led the club to LaLiga and Champions League titles and handed Lionel Messi his debut. But he only ever really achieved success at the Camp Nou. The Dutchman later had stints in charge of Galatasaray and the Saudi Arabia national team, in addition to his prior experience in charge of the Netherlands and Sparta Rotterdam, but it was only ever at Barcelona that it all clicked. Today, Rijkaard is out of the game, living in Amsterdam.