Werner & THAT Germany presser: Why Chelsea's striker chose this week to speak out

COMMENT: With things a little more familiar. A little more relaxed. It can't be a surprise that Timo Werner let it all hang out it this week in his Germany presser...

Danny Rohl, among Germany coach Hansi Flick's assistants, gave Chelsea a forewarning ahead of the Prem breaking up for international week. Werner will find things easier with his Germany teammates. Focus will be on building the player's self-belief. What he can't find at Cobham, Flick and his staff will help Werner rediscover with them.

"He needs self-confidence," declared Rohl, "and I hope we can build this up in the national team. We can create an atmosphere for him."

And it was from within that atmosphere that Werner felt the confidence to speak openly about his situation at Chelsea. Called out in public by his manager. Berated, mocked by his own fans. Werner was hardly pressed by local journalists. Instead, it appeared he simply wanted to unload. And confident in the support he has around him this week, that's exactly what he did.

“Of course I can't be satisfied if I don't play," he began, hinting at frustration regarding his treatment by Thomas Tuchel. "Of course, I want to be a regular player in a big team," he stated, before hastily adding, "But I'm not saying that I really want to leave if I don't play ten or 15 games before Christmas."

However, Werner wasn't shutting the door on a change in January, either: "Things happen relatively quickly in football. I have to look at the bigger picture to make my decision."

So nothing's decided. But also nothing's ruled out. Werner effectively declaring himself 'in play'. Whether Tuchel and Chelsea are thinking along the same lines is something else. But no matter - at least for now. Werner is taking a good, hard look at his situation in London and seriously considering his options ahead of the winter transfer window. And beyond the words from this national team presser, further evidence has emerged with Werner joining the stable of big-time German agent Volker Struth. The same Volker Struth who placed Werner's former RB Leipzig coach Julian Nagelsmann at Bayern Munich this past summer.

“I didn't choose Volker because he has a few players and the coach in (Bayern) Munich," insisted Werner. "I repositioned myself with him to get a new perspective on my career. This should not be interpreted as a hint for or against Bavaria. It just worked out well between us."

So even if it's not to be Bayern, Werner is seeking fresh input from Struth. A player, particularly one with the profile of Werner, doesn't change agents and "perspectives" if he's satisfied with how his career is rolling along. 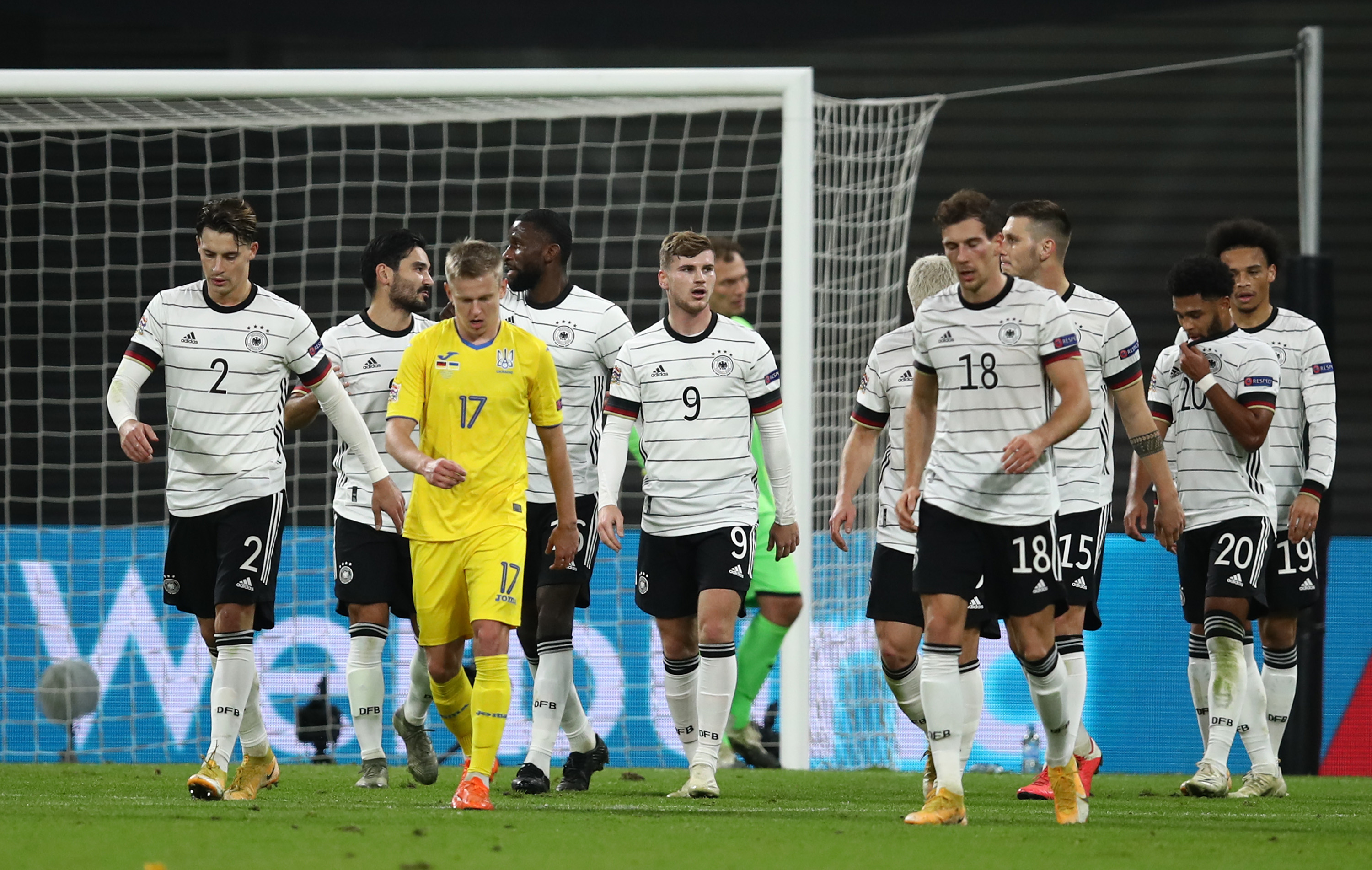 Werner again at centre of things with Germany

And while Nagelsmann, who has admitted being in regular contact with his old RBL striker, is now in charge at Bayern, Werner's words about the German giants shouldn't be dismissed. We now know, courtesy of court documents from a row between two of his former representatives, that a deal with Bayern had been settled. But Werner pulled out of the agreement after learning then president Uli Hoeness, who had brokered the deal, didn't have the support of sporting director Hasan Salihamidzic and former coach Niko Kovac.

Hoeness and Kovac have since gone. But Salihamidzic continues to run transfer policy at Bayern. Even if Nagelsmann does want a reunion, it may not be enough for Werner knowing Brazzo's opinion hasn't changed.

But life in the Bundesliga doesn't begin and end with Bayern. Indeed, with Erling Haaland preparing to leave, Werner has been raised as an option to replace the Norwegian at Borussia Dortmund. Stefan Effenberg, the former Bayern and Germany captain, is already talking up the prospect.

“Timo Werner is flexible, quick and showed in Leipzig that he can be one of the best strikers in the Bundesliga," stated Effenberg, when considering a successor for Haaland. "He proved that with 28 goals in the 2019/20 season."

Indeed, for all the questions and doubts England's pundits have for Werner, his reputation in Germany remains intact. For Flick, Chelsea's striker remains the best his country has.

Oliver Bierhoff, Germany's team manager, says: "As a striker he's been up and down. But you could already see in September that Hansi believed in him.

"Now he has the opportunity to gain confidence and show his club coach that he can count on him."

As Bierhoff suggests, no-one inside the Germany setup are encouraging Werner to seek a way out of Stamford Bridge. The belief remains that he can win over Tuchel - though Werner, himself, did hint at some tension with his countryman back in London.

"In the situation I was in before the last international break, and partly recently, it is very important to come here and have a coach who shows you from the first minute: I can't judge you blindly, I don't think you're bad," says Werner. "For me it's great that Hansi Flick clearly says how you can improve, he's always very positive, not just critical."

Again, in the environment he's found under Flick, Werner has felt the confidence to speak his mind. There's no need to read between the lines here... Tuchel has a problem.

But whether that'll stretch to granting any potential transfer request is another matter. Having lost Olivier Giroud to AC Milan and sold Tammy Abraham to Roma, for all their depth, Chelsea's squad is short of options at No9. The prospect of Tuchel green lighting a midseason departure for his fellow German does seem remote.

But that will still leave Tuchel with a clearly unsettled player on his hands. The change of agent was a hint. But this week's presser dropped like a hammer.

Tuchel has a problem. And it's one that isn't going to be solved by sticking to his current approach. Werner said as much in this week's presser. What he's finding with Flick and Germany, he's let it be known he hasn't found at Chelsea.