View from Rome: We were right about Mancini and Italy - now they can win it all...

COMMENT: We told you, we warned you: Mancini's Italy is serious and has everything to play its best cardsin this European Championship.

In the article in which we explained the strengths of Roberto Mancini's Italy, we focused on some aspects in particular: a great defensive solidity, the incredible work of Roberto Mancini, the explosiveness of Leonardo Spinazzola and a world-class midfield, the absolute strength of the Azzurri.

Italy have already played three games in this European Championship and made everything seem too easy, with three clear wins, two 3-0 and one 1-0, 7 goals scored and 0 goals conceded, dominating every match from the first to the last minute. France, Spain, England: almost all the favourites have had missteps or have found difficulties, but that was not the case with the Azzurri.

Mancini's boys are playing with tranquility, naturalness, authority, all aspects that are making the Italian fans dream, especially because the players themselves are convinced of their qualities and the fact that they have started singing "Notti magiche", or the historical soundtrack of the World Cup played in Italy in 1990, a song of which all Italians are particularly fond. Mancini has lost important players in recent weeks, midfielders like Lorenzo Pellegrini, Stefano Sensi, even Giorgio Chiellini have had a little physical problem that is keeping all Italians anxious, yet the team continues to bring home great results. 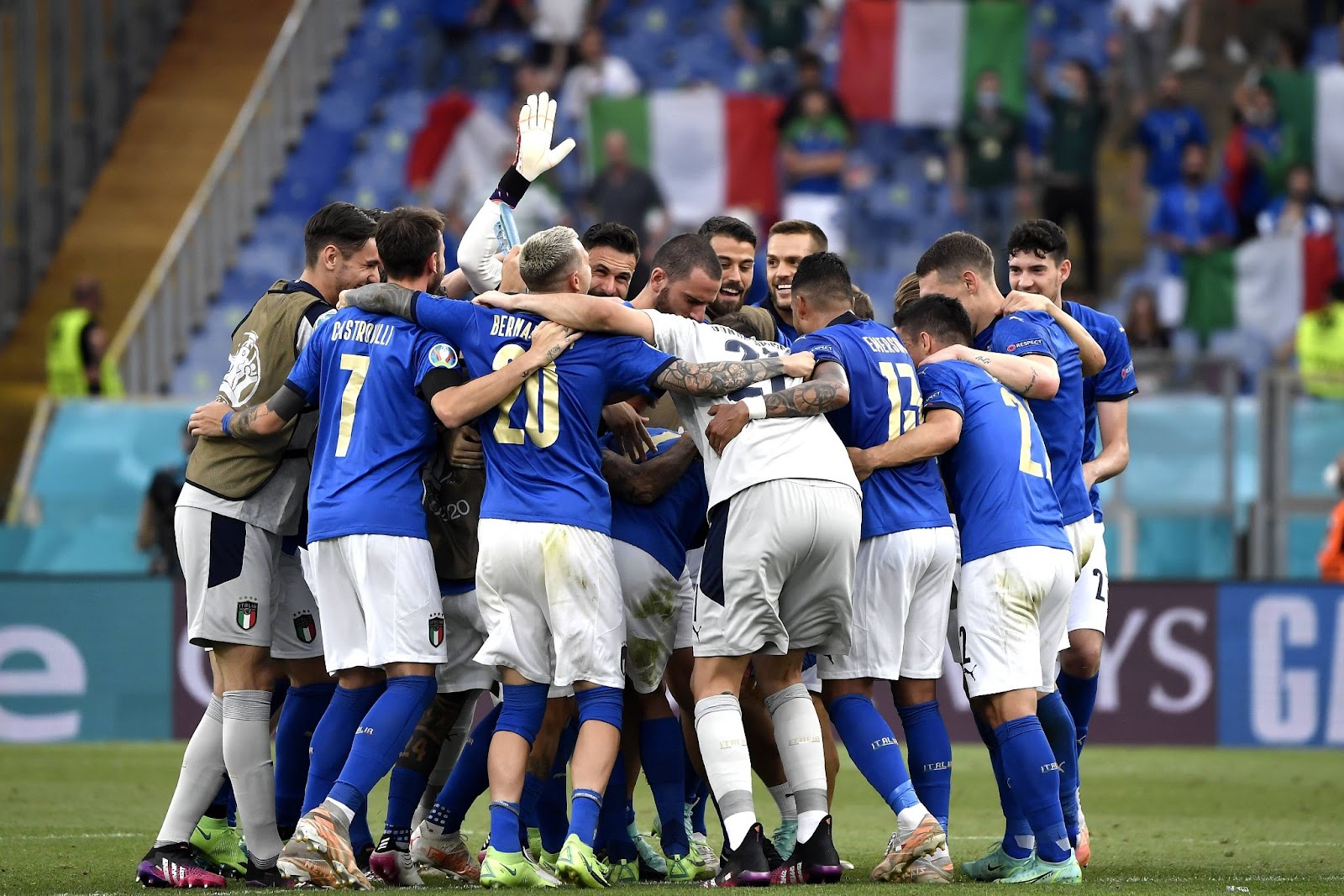 In midfield Mancini alternated from the first minute Jorginho, Verratti, Barella, Locatelli and Pessina: it is true that the "real" starters would be the first three, but Locatelli and Pessina when picked as starters have scored three goals, two the first one and one the second one. It does not matter who plays in midfield, it does not matter which player Mancini chooses there, because in any case he will get great responses from his boys.

Verratti cannot guarantee the goals Locatelli scores and the energy of Barella, but he is a feast for the eyes, he is a player of great elegance, quality and personality, a midfielder that every coach would like to have. We all know Jorginho by now, he won the Champions League with Chelsea but nevertheless seems to continue to grow game after game, as if he were a rookie, with the enthusiasm that only great champions can keep.

He and Verratti are two constants for Mancini, two players to whom you can safely entrust the ball and the game organization while you go to have a coffee in the locker room. 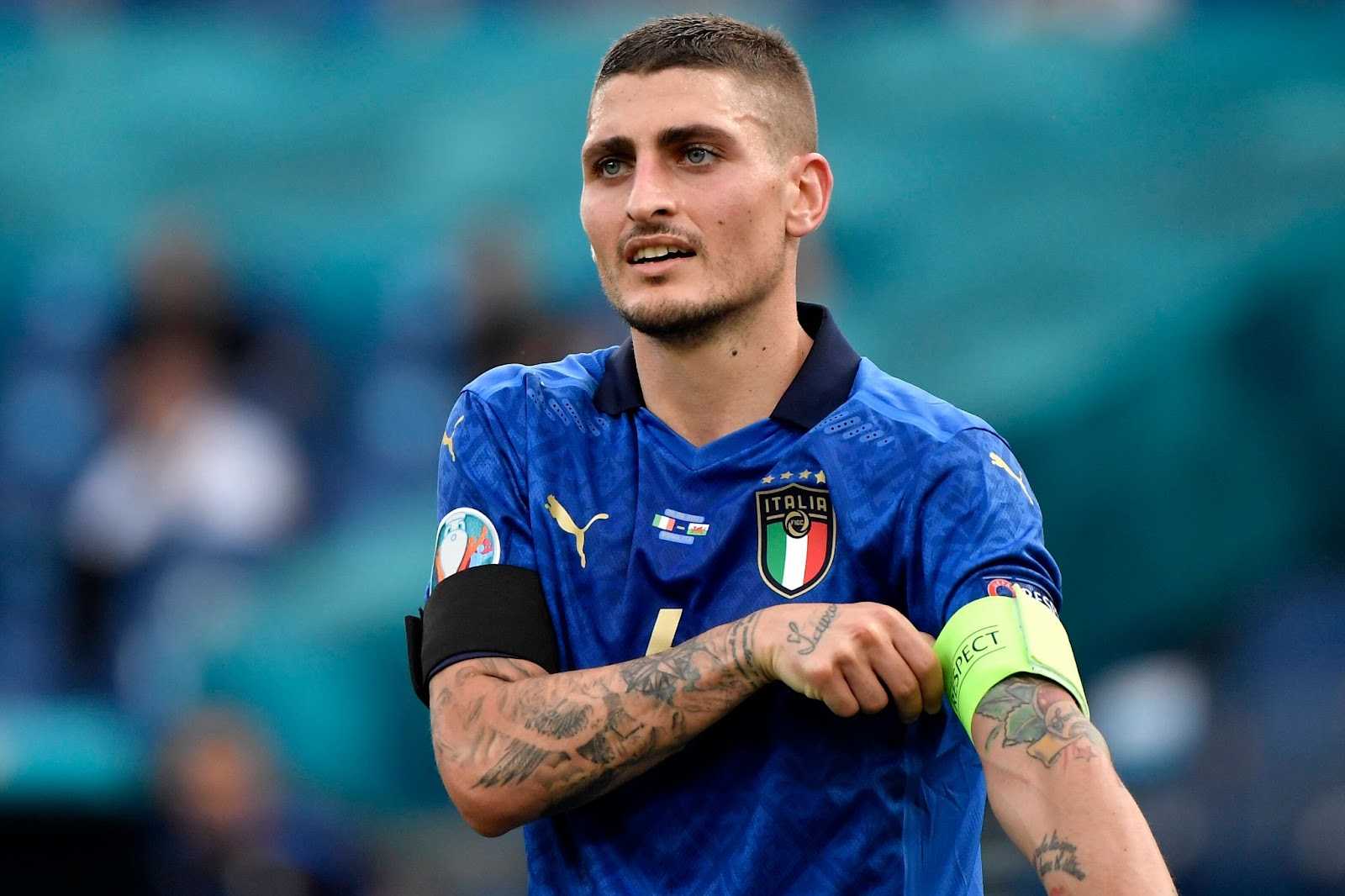 Verratti returned to action in the victory over Wales

We also talked to you about Mimmo Berardi, star of Sassuolo and finally decisive with the national team shirt too, with which he is showing all his great qualities, from precise and strong shooting to a creativity worthy of a true number 10. Maybe a surprise for the European fans who do not follow Serie A, but Berardi is a player on whom Mancini relies also for the considerable contribution in the construction phase of the game, given that with his great quality and his vision of the game it is like playing with an extra central midfielder.

Another player who has confirmed to be a real extra weapon is Leonardo Spinazzola, who after the first match of the European Championship was awarded as a man of the match and was also "rewarded" by the statistics that made him register as fastest player in the competition, reaching 34 km/h while running. Difficult to keep up with him, difficult to mark him. For anyone. Anyway, what amazes the Azzurri is the ease with which they dictate the pace of the match, the ease with which they shoot, they are always dangerous. Italy wins and always seems to struggle very little, conceding little or nothing to their opponents. 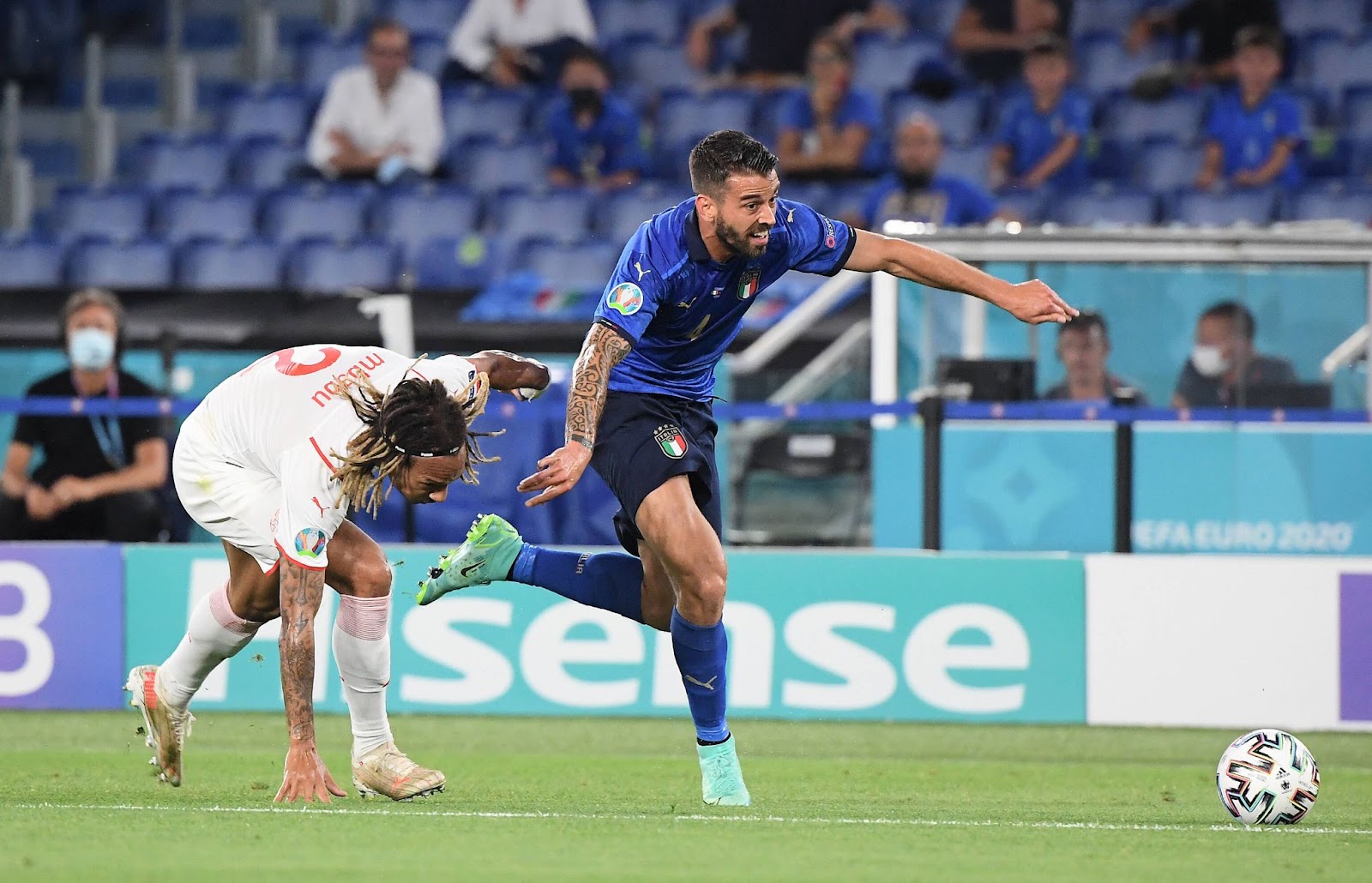 Spinazzola has been immense at Euro 2020

For all these reasons, Italian fans are rightly enthusiastic, after every game it is possible to hear honking their cars horn in all the streets, many Italian flags have been displayed and the feeling that something big is being built is very strong in every Italian.

Obviously, it is not possible to be certain about the final placement, it will not be easy to go all the way and win a European in which incredible teams like France participate, or teams full of champions like Belgium, but football is made up of dreams and hopes and this group of boys is making millions of Italian fans dream.

The bad memory linked to Ventura and that dramatic match against Sweden belongs to the past now and never like today. The most widespread feeling among Italian fans is that of pride. Mancini and his team are receiving a lot of compliments from all the world, both from journalists and fans. 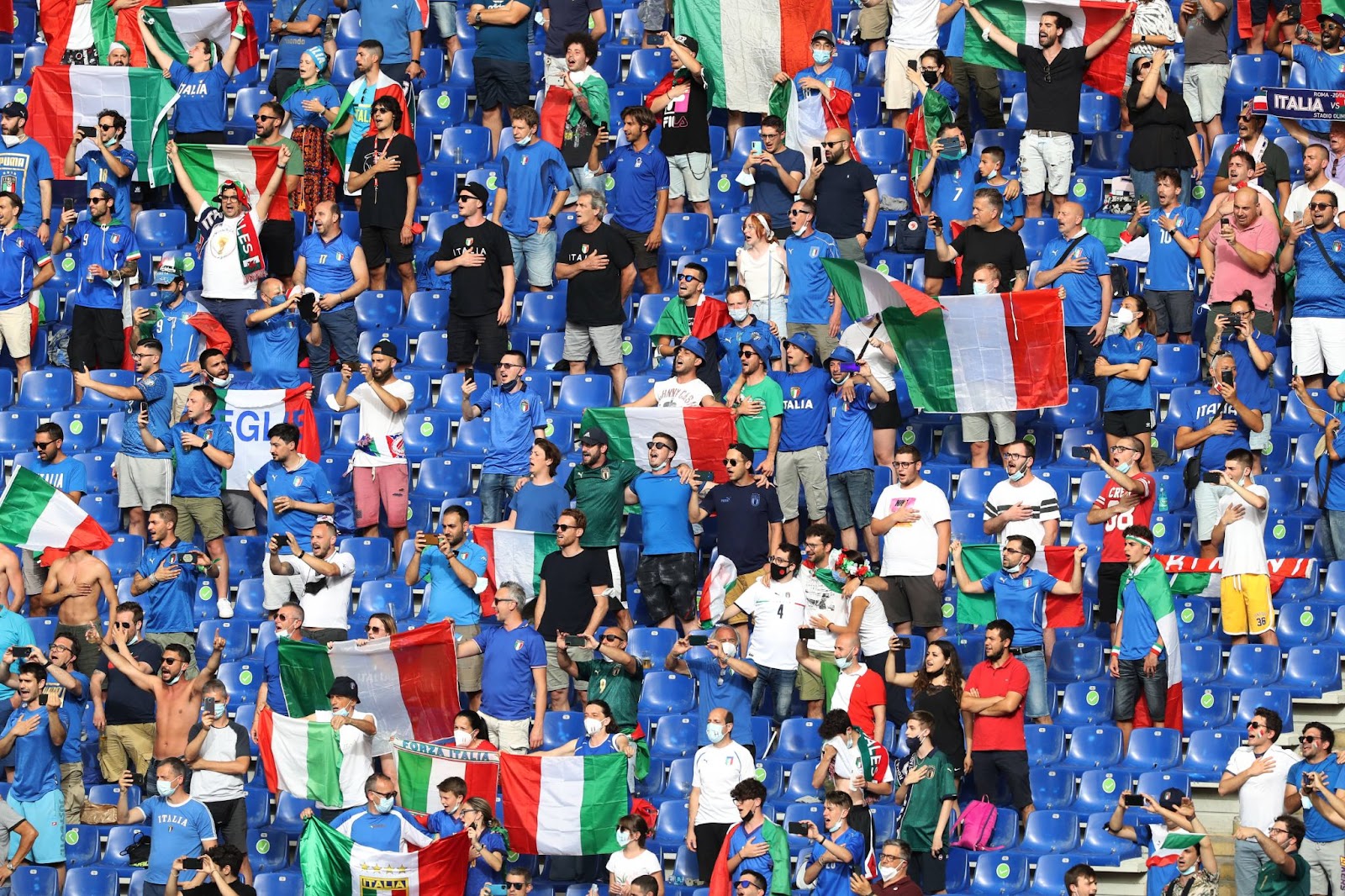 For the quality of the game, for the victories, for the atmosphere that persists inside the dressing room, which has rarely been so united. It is a real Mancini masterpiece at the moment, he even managed to sign another record: with 30 consecutive useful results he reached Vittorio Pozzo's Italy, in the period between 1935 and 1939.

The Azzurri's next opponent will be the Austria of Franco Foda, a coach of Italian origin. In this European championship the Austrians have already managed to bring home the best result in history, managing to overcome the group stage. Sabitzer and his teammates qualified thanks to convincing victories against North Macedonia and Ukraine, especially the second against which it was a real play-off.

Surely Foda will have all the desire to write more records with Austria and then follow the dream of going even further in the competition. It will not be easy for Mancini's Italy, Austria has many highly talented players, although clearly standings that say 9 points and 0 goals conceded it is natural to consider the Azzurri as favorites. The sure thing is that Italy wants to continue dreaming and making their fans dream, to experience another "notti magiche". All together.