Eden Hazard yes, Hazard no? Kevin De Bruyne yes, De Bruyne no? The possible absence of these two players is not the only detail of this match and it will not be easy for Roberto Mancini to prepare Italy with this great doubt.

Alongside Romelu Lukaku, they are undoubtedly the true top players of Belgium. But in any case the Belgians remain a strong, formidable team that keeps any Italian fan apprehensive, especially for their attacking players, from Yann Carrasco and Dries Mertens to Lukaku.

Mancini's boys managed to overtake Austria in a tough, difficult, complicated match, much more than many Italian fans expected. We had anticipated it: Franco Foda is a good coach and we were expecting a match like that for Italy. Indeed, it went like this, with the Azzurri who only managed to win in extra time, given that the ninety minutes of play had ended with a nervy and blocked 0-0. Mancini was criticised by many Italian fans for late changes, with Ciro Immobile and Domenico Berardi never getting into the match. Andrea Belotti and Fede Chiesa entering the pitch completely changed the game, with the first one being very useful working as a reference for the wingers and with the second one scoring the goal that unlocked the match.

Austria stayed alive throughout, creating few chances but always giving the impression that they could be dangerous, even manage to win somehow. All this was possible until Chiesa's goal, minute 95, born from a sensational pass by Leonardo Spinazzola (awarded for the second time in this European championship with the title of man of the match) and concluded with a stop and dribbling of the highest level by the rising star of Juventus. Shortly thereafter, the Azzurri doubled. A goal scored by Matteo Pessina in the 105th minute. 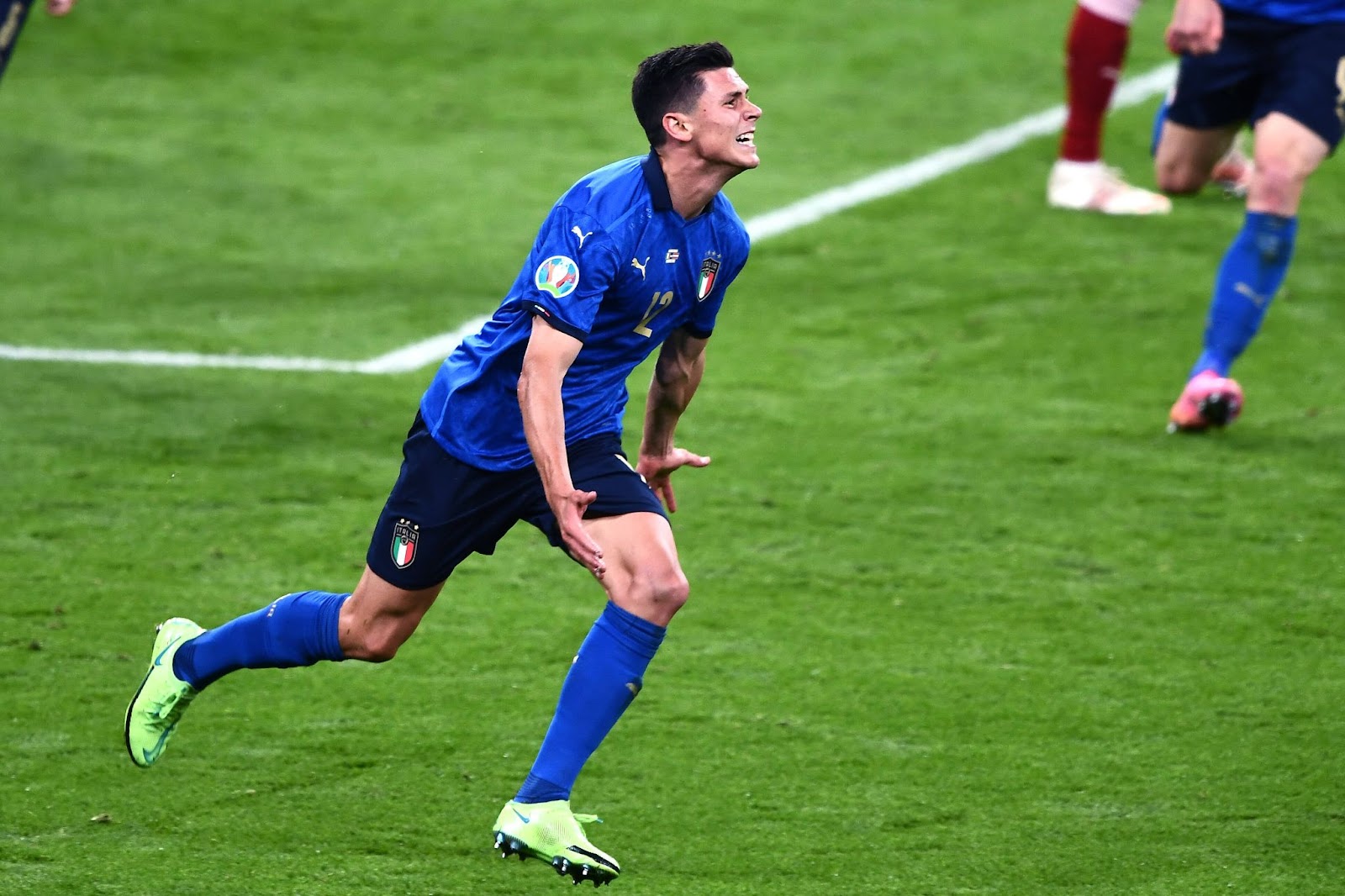 The story of the Atalanta player is incredible: as we told you in our preview, his presence in the team is due to the double injury of Stefano Sensi and Lorenzo Pellegrini, nevertheless the Italian midfielder has already scored two goals and all of them decisive. Moreover, Pessina has been discarded by Milan, which in 2017 sold him to Atalanta without even thinking about it (they did the same with Manuel Locatelli, sold to Sassuolo for 14 million euros…). The Austrian goal came too late, scored by Saša Kalajdžić, a young and strong striker from Stuttgart, who scored with a splendid header, taking advantage of the double positioning error on a corner by Gigio Donnarumma and Jorginho.

Up until the match with the Austrians, Mancini's team had been practically perfect, many goals scored and zero conceded, but the guys trained by Foda managed to score a goal against Donnarumma for the first time in this competition. Mancini's football tactics and choices this time did not give the desired results, but Italy still managed to win and did it by playing with desire, determination and a lot of teamwork, leaving their heart on the field. The GIF of a defensive sliding tackle of Andrea Belotti went around the world, a gesture that clearly shows the real strength of the team: the group. Mancini has built a team capable of helping each other and able to get off the field with a victory even when things are more difficult than expected.

Apart from Hazard and De Bruyne (the Azzurri fans obviously hope with all their hearts they won't face them, as they are among the best players in the world), Italy's next match will be even more complicated. Mancini and his team must beat what is probably the strongest team in the competition, now that France is incredibly out after the defeat against Granit Xhaka's Switzerland (who at the end of the game winked at Jose Mourinho's Roma...), so for Italy winning this challenge could really represent a decisive turning point. 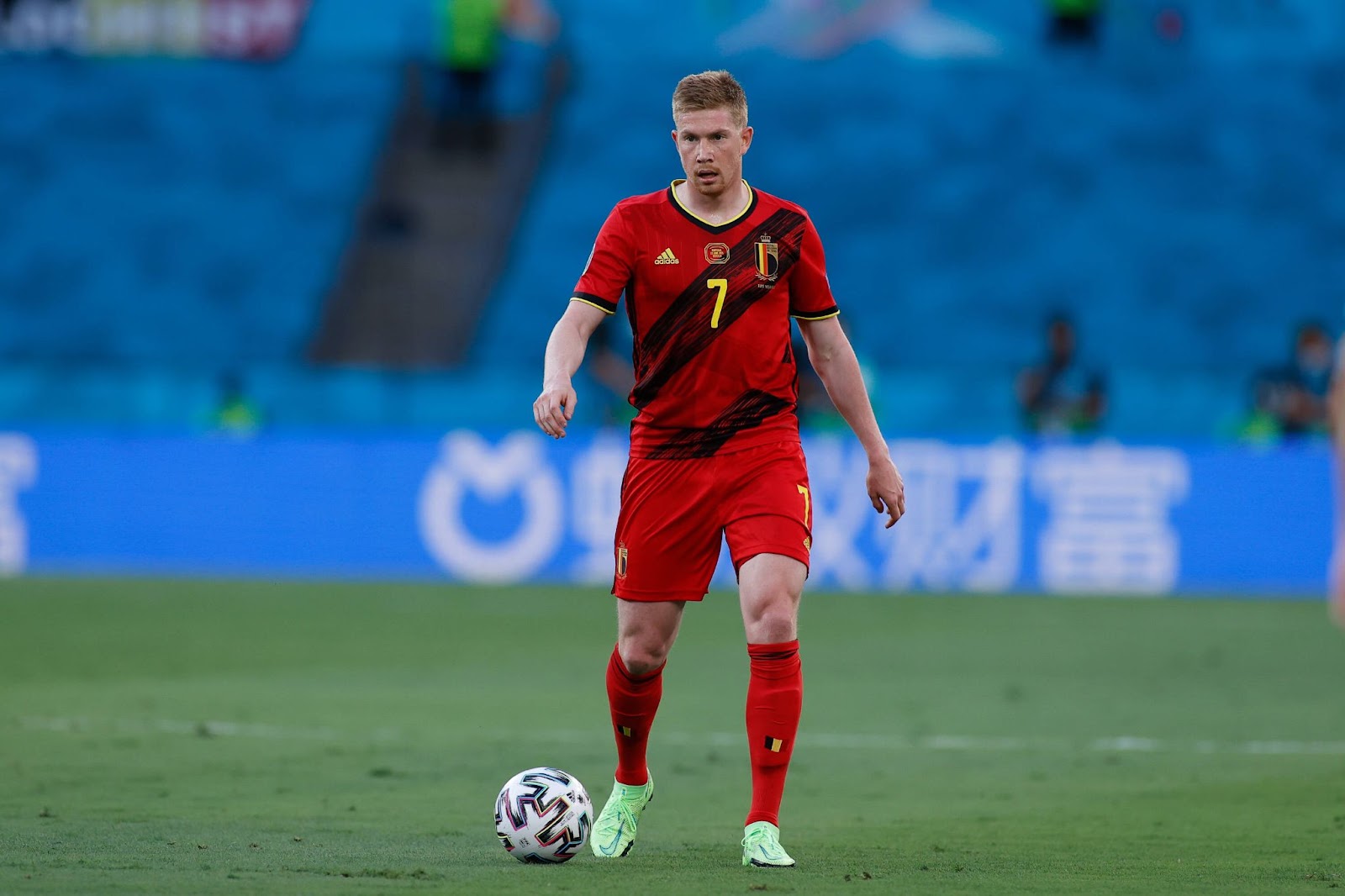 Immediately after the final whistle of Italy-Austria, Italian fans began to wonder: who will Mancini play as starters to beat Belgium? Will he still trust Nicolo Barella, Immobile and Berardi, despite a bad performance against Austria, or will he give space from the first minute to Belotti, Pessina and Chiesa? He will probably follow the first route, but the doubts of the fans and journalists are more than justified, since no mistakes will be allowed against Belgium.

Surely Mancini will continue to rely on Spinazzola, the real extra man for the Italian national team, and to hope in Giorgio Chiellini's recovery, not to speak ahead of the match (his words before the match against Austria were absolutely embarrassing) but for marking as close as possible Lukaku, the most dangerous player of Belgium and without doubt one of the best forwards in the world right now.

Italian fans continue to dream of being able to go all the way, but now the opponent is the top of the class. If tactics were not enough with Austria, the best possible version of Roberto Mancini's Italy will absolutely be needed against Belgium, with two main objectives: to take control of the midfield and take advantage of the defensive gaps in Roberto Martinez's side. Difficult? Yes, a lot, but it is not impossible.