We can say we were right in our first preview on Italy, at this point we can say it without any fear.

We always believed in Roberto Mancini, in his team: Gigio Donnarumma and his teammates have reached the final and at Wembley Stadium they will play against the hosts, Gareth Southgate's England. On the social media of the Italian fans, as soon as the referee blew the final whistle after the penalty scored by Jorginho it was possible to read "it's coming Rome", with clear reference to the phrase so dear to the English fans. The first to know that Sunday will be a tough one is Mancini himself, both because his team appeared very tired and because England are obviously favourites, playing at home, in front of their fans, in an adventure that seems to have been written just for them, to bring football back home.

It was a very tough match for the Azzurri, Luis Enrique's Spain played the best match of the competition, especially Dani Olmo produced a practically perfect match. Despite the difficulties it was Italy who took the lead, thanks to a great goal scored by Federico Chiesa. A few minutes later, however, with the Azzurri tired and held back by some questionable substitutions by Mancini, Spain managed to find the equaliser thanks to an incredible pass from Olmo, by which he put Alvaro Morata in front of Donnarumma. Since Spain's equaliser, Italy had only one goal: to resist, with the hope of reaching penalties. So it was. 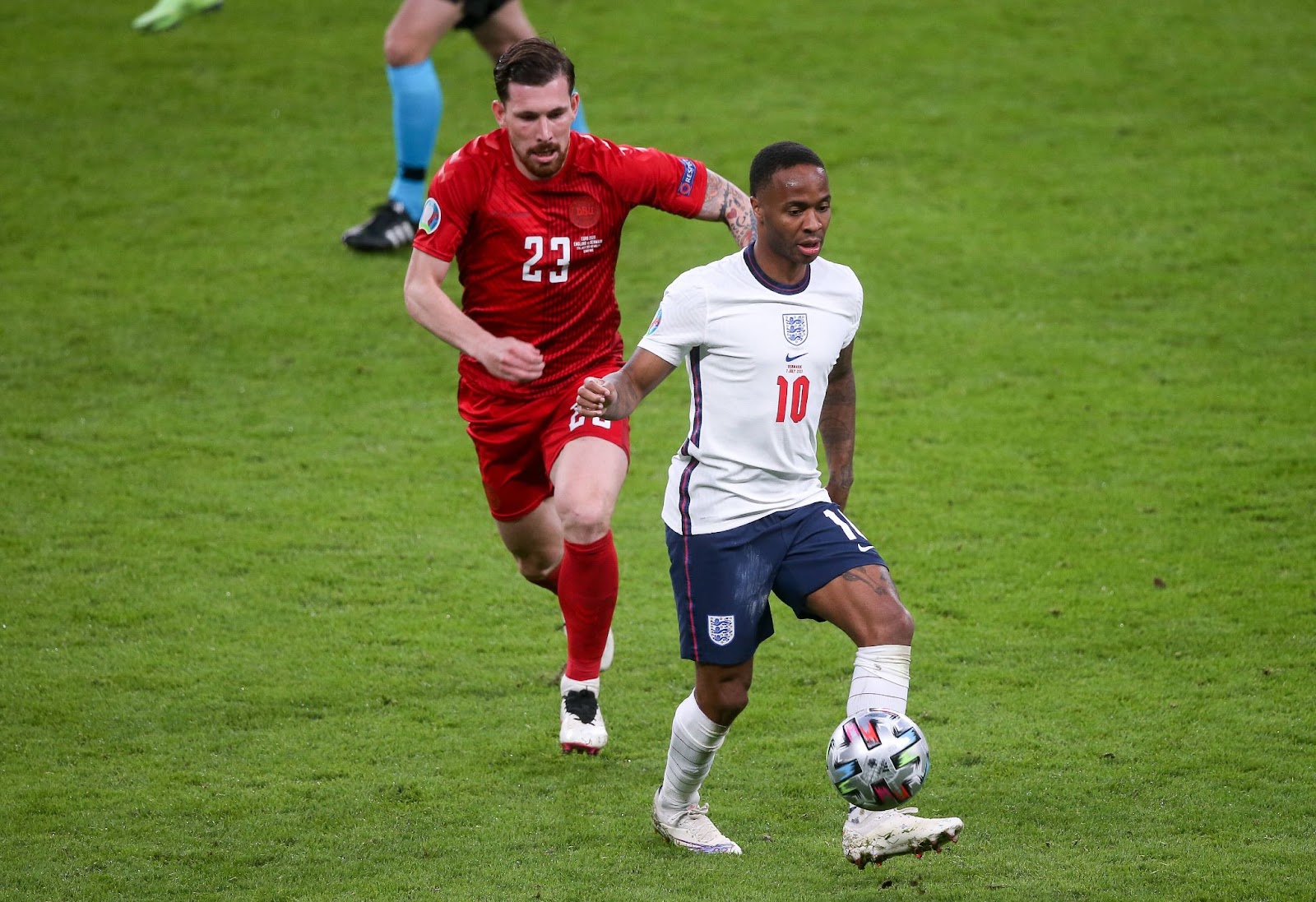 Ciro Immobile again was the protagonist of an anonymous match, almost harmful, so much that Mancini was forced to replace him, to play for a good part of the second half with Lorenzo Insigne as a falso nueve. Not a brilliant game by the Azzurri boys, even if Leonardo Spinazzola's absence influenced their tactics even more than expected. The AS Roma winger has irreplaceable characteristics and Emerson Palmieri has neither the pace nor the technique to be able to replace him without the team suffering. It is no coincidence that at the end of the match Insigne and his teammates celebrated wearing the Spinazzola shirt, who was moved by the gesture and who will join the team at Wembley.

Despite the fatigue and difficulties, in any case, Italy managed to reach the penalties, which however did not start in the best way, with Manuel Locatelli missing the first. Fortunately for Mancini, Olmo also missed; Morata tried, but his penalty was saved by an excellent Donnarumma, once again a key-player for Italy. The decisive penalty for the Azzurri victory, however, was scored by Jorginho, one of the best players of the national team up to now, who with an incredible coldness wrong-footed Unai Simon and sent his teammates to the final. The decisive penalty scored by Jorginho is the right crowning of an extraordinary Euro, so far. An incredibly underrated player, one of the strongest midfielders in the world without any doubt, always at the centre of the game, always leading his teammates. Some Italian journalists are invoking the Golden Ball for him, considering that he also won the Champions League with Chelsea, but this will be discussed later, given that now there is the most important match for the career of many of the players from Italy.

A real dream for many of these guys, led by an extraordinary coach, who seems to be fated to leave his indelible mark as national team manager too. All the Italian fans are grateful to Mancini, all Italian fans love their coach, not only for the results obtained on the pitch, but also for the revolution he has implemented: Italy no longer sits deep and plays on the counter attack, Mancini's Italy is an offensive team, which plays without fear, which creates many chances and which can score against anyone, with beautiful and well-constructed actions. 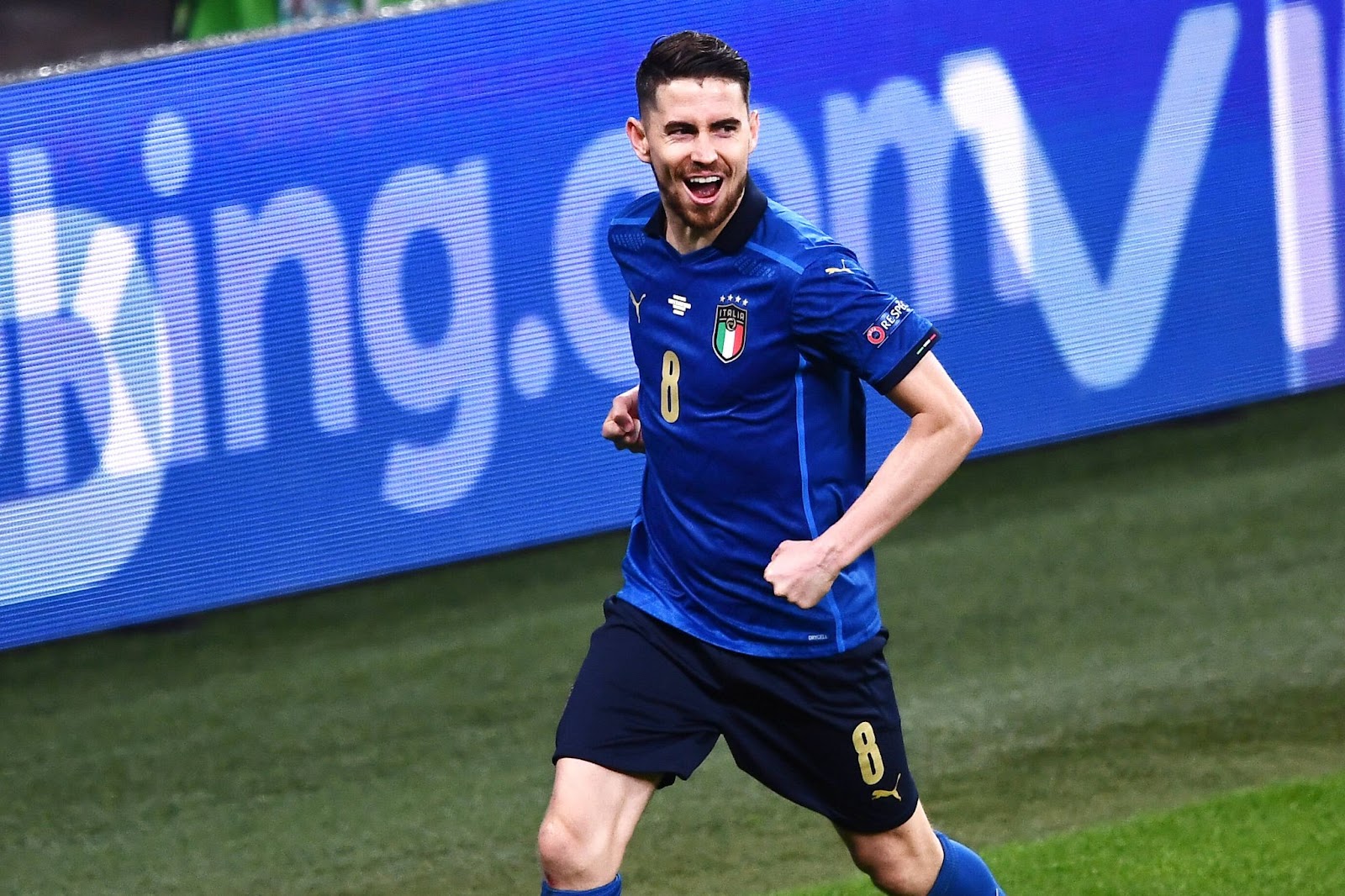 Speaking of the Italian fans, however, once again, it is impossible not to mention the unforgettable celebrations at the end of the match. From Rome to Milan, without distinction, Italians poured into the street at the end of the match and started celebrations that lasted hours and hours, with hugs between strangers and loudly sung choirs. And the final hasn't been played yet.

Difficult game, very difficult, against a team that seems to have found balance and that above all is full of great players, incredible champions who sometimes even remain on the bench for the whole match or almost, such as Jack Grealish, Phil Foden and Jadon Sancho. The stadium will be on fire and the cheering of the English fans will be incessant, everyone in Italy knows this and certainly Mancini and his players also know it. It will need a perfect match to win the European Championship, it will take the match of a lifetime to write history.

From Donnarumma to Immobile, from the first of the starters to the last sub, everyone will have to give their all. Above all Immobile: for Ciro it could be the match of his life, the match for which he was born, those 90 minutes in which to leave an indelible mark in the memory of all Italian fans. Sweat and sacrifice will no longer be enough, Immobile will have to score, there are no more excuses. For the Italian defence it will be a difficult evening, given that it will have to deal with players like Raheem Sterling, Harry Kane, Grealish, Sancho, Foden, Mason Mount, Bukayo Saka…phenomenal players. There will hardly be any moments of relaxation for the players these days before the match.

The appointment is with history and it will not be allowed to make mistakes. One last great night, one last night to dream again. Few believed in Mancini and his group, few expected this final, but Italy is in the final. We don't know if football will come back home or if it will come to Rome, but certainly an unforgettable night, one of those matches that will be talked about for many years, for one reason or another.