Video Assistant Referee: How technology could decide the 2018 World Cup

The World Cup is almost upon us, yet the landscape of modern football has never looked more different. The next two World Cup finals will take us into uncharted territory, in both participation numbers and officiating.

The officiating in question is the Video Assistant Referee system (VAR) at the World Cup finals in Russia this year, after much debate and deliberation. The much maligned and controversial system has been trialled around the world and seen at major tournaments such as the 2016 FIFA Club World Cup and the 2017 FIFA Confederations Cup.

While other sporting codes have opted for their own methods of video review systems over many years, football has fallen behind in our rapidly progressing technological world. The introduction of video reviews in football has long been a hotly debated topic, to what extent they would be used and how.

Goal line technology is much less complex, as it offers an irrefutable conclusion to if the ball has crossed the line. The players and coaches can't argue against it, and it allows the officials to focus on the play at hand rather than determine if the ball has gone in.

On the other hand, video reviews have proven to be highly contentious as some decisions can be inconsistent and, despite reassurances from our reliable governing body, can inevitably and horrifically delay the flow of the game.

For those who may not know, the reviewable instances of the VAR are as follows:

The concept may seem relatively straight forward in certain areas, however the implementation and execution has only been met with confusion and criticism.

For one, the use of the VAR is not universal. Take the United States' MLS and Australia's A-League for example. In similar fashion to other American sports, the MLS has a sideline monitor for the head referee to review incidents on the recommendation of the VAR. The on-field referee makes the final call after viewing the replays for themselves.

On the other hand, contentious decisions in the A-League are reviewed by another official and advice is given to the head referee on which course of action to take. The on-field referee does not make the final call, instead relying on the discretions of the VAR. This in turn undermines the authority of the head referee while players, coaches and fans are left in the dark as the on-field official consults his video assistant.

Some commentators say, "that might've been a different colour card on another day", or "I've seen worse punishment for less". The same applies here to the VAR, especially if it's operated by another official. Here's couple of incidents highlight the controversial uses of the VAR and the inconsistent rulings on play that affect the game, and could ultimately affect the World Cup.

For the first time in A-League history, Melbourne Victory and Newcastle Jets played it out for the A-League Championship. Melbourne seemed to pull ahead early on, however, doubts were cast over the assist with suggestions of offside from the commentary team.

On review, there are 3 Melbourne players sitting in an offside position prior to the goal, which goes unseen by the linesman. The error here lies with the VAR, as a technical malfunction right before the goal meant that the VAR could not check the correct angle for offside players, and subsequently gave the all clear.

What the VAR should have done was communicated the malfunction to the referee and held up play until a conclusive decision could be made. Despite broadcast replays clearly showing the infringement to everyone watching at home, the game carried on.

The match finished 1-0, and the concession of the malfunction by Football Federation Australia left a bitter taste in the mouths of Newcastle fans and neutrals alike. 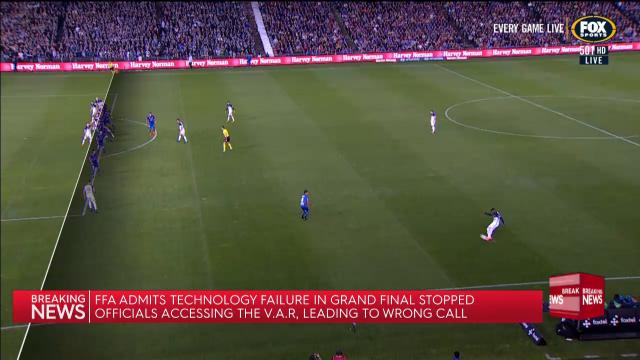 The French superstar thought he had put his side ahead in the final of the Coup de France. As per the reviewable instances, VAR was obliged to review the goal while Les Herbiers clamoured for a handball in the lead up.

Sure enough, the ball struck the arm of Mbappe's teammate Marquinhos in the lead up to the goalmouth scramble, which was sufficient for the referee to disallow the goal.

However, the question mark over this one was the lead up to the handball. Marquinhos arm was being held by Joachim Eickmayer, and when he broke free his arm struck the ball before Mbappe pounced.

This disallowed goal is the perfect instance of referee's interpretation, which will always be subject to human error. Some referees will identify the handball, while others may have seen the holding infringement and awarded a penalty, or in some cases allowed an advantage on the play.

This did little to stop PSG from claiming a 2-0 and the French Cup.

And who said the fans couldn't get in on the fun?

In Portugal's Primeira Liga, a match between Boavista and Aves was called into question when a goal scored by Aves was considered offside by both Boavista players and fans.

The linesman nor the referee called the infringement so it was once again left to the VAR to come to the rescue. As per the rules, the VAR checked the sideline footage for an offside, only to find the view of the VAR camera hampered by a huge Boavista flag.

The very same supporters who claimed an offside didn't help their own cause, and the goal stood.

Aves went on to comfortably win the match 3-0. 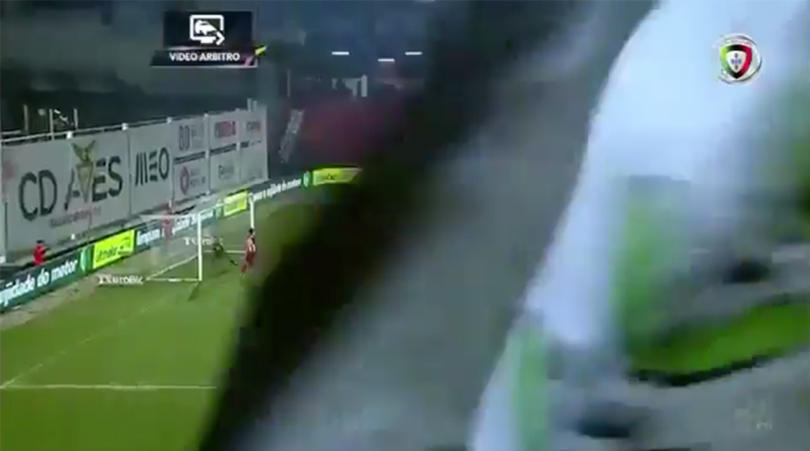 While many may be in agreeance that video reviews are necessary, I am not one of those.

The VAR still needs serious work and fine tuning before being used at the most prestigious of footballing tournaments.

The trial and error of the VAR is no longer a viable option, as the technology has been around for almost 3 years yet the usage of such is still a 50-50 in some cases. We may as well continue on without the video assistants and put another referee on the field.

Good luck to the officials taking on a huge responsibility at these World Cup finals.