COMMENT: He's done it. He's actually done it. Paul Pogba may not be creating much on the pitch. But with Mino Raiola in tow, the Frenchman has just handed Manchester United the biggest opportunity they've had in the market in years...

For United. From the manager Ole Gunnar Solskjaer, right through to Ed Woodward, the club's vice-chairman exec, Pogba now represents opportunity. Big opportunity. A chance to land a player for the here and now. And maybe one for later.

After all the back-and-forth with Borussia Dortmund over Jadon Sancho. After being blanked by Erling Haaland. Snubbed by Timo Werner for Chelsea. United now have a trump card to play. An asset. An overblown, overhyped and - yes - dramatically overpriced asset, sure. But Pogba is still a chip to play. And with his agent, Raiola, slapping in a transfer demand via the press, it is the best bit of action the Frenchman has managed since his return four years ago.

Inside the United boardroom, of course, they risk blowing it. For now. From what our trusted intermediaries tell us. Woodward and co are insisting on cash. And - unfortunately - they've allowed this to filter out into the press. That €150m... €180m... €200m claims of 18 months ago are long gone. "It just kept going up and up," one intermediary close to Real Madrid told us at the time. It was clear, no matter how serious - even desperate - Real president Florentino Perez was about delivering Pogba to coach Zinedine Zidane, Woodward wasn't shifting.

But now things have changed - and for this column, in terms of United - it's for the better. Woodward is prepared to sell. But as mentioned, the board has allowed the press to grab hold of the issue. The talk of Pogba being a €200m player now long gone. We're getting quotes now of €60m, or 50 million quid as the British headlines are running. And it's near enough to a genuine valuation for the midfielder: as a player. But those crazy demands over the summer of 2019 had nowt to do with ability. It never is with Pogba and Woodward. It's about shirts. Clicks. Merchandise. It's about his connection to the club's kit sponsors. And as pathetic and demeaning as it should be for the player, it's the one factor that swirls around Pogba which offers opportunity to United.

Without all the hype and bluster, no-one at a club of the stature of Juventus or Real Madrid are taking a close look. And inside the football departments of these great institutions, they're not all blindly supportive of moving for the Frenchman. But in these times, the bottom line is the bottom line. Every penny counts. And if the mirage of Pogba the player has Florentino and Andrea Agnelli, Juve's dynamic, youthful president, convinced he can do something for revenue, then - for United - the simple response should be: so be it.

But it can't be cash. And given the tight financials of both giants, Woodward may be forced - kicking and screaming - into a compromise. A beneficial compromise which won't read well on the ledger, but will do wonders for his manager's team.

We already have news of Agnelli offering Paulo Dybala. And the story does have legs. The Argentine has long been admired by United's scouting team - even before Solskjaer's arrival. And if not for the striker's cold feet 18 months ago, Dybala would already be a United player. The story goes Jorge Antun, a long time agent and confidant, was in United's Mayfair office and ready to sign forms when Dybala called him to end negotiations. While not outright regretting it, it's a decision he has since thought twice about. 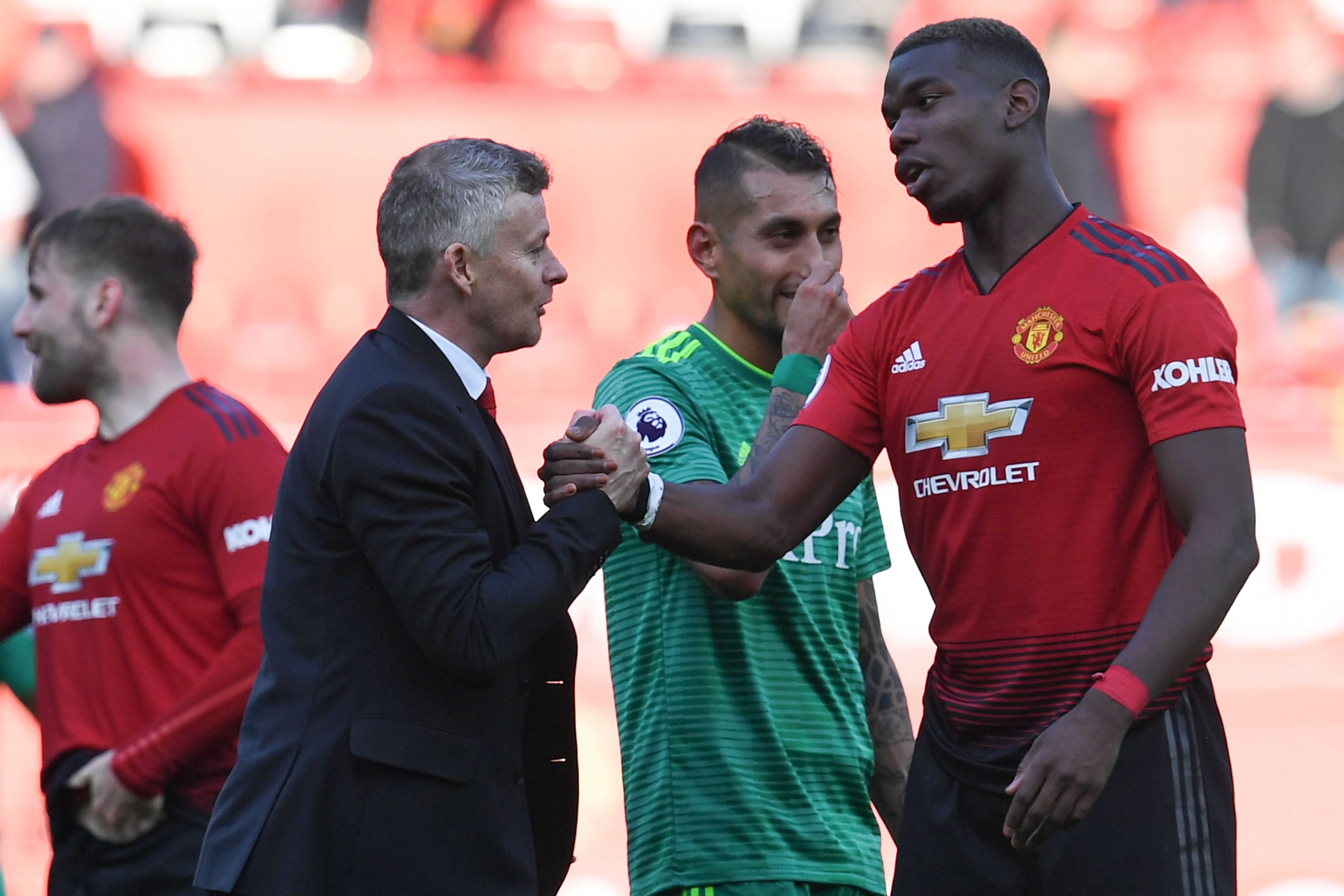 But would this work for today's United? You can never have too many great players. And Dybala, while he's struggled to find a place in rookie coach Andrea Pirlo's system, remains potentially a great player. But he also isn't an outright No9. He'd be one to compete with Anthony Martial. Potentially even Bruno Fernandes and Donny van de Beek. He could develop into a No9 long-term, though there would be doubts.

But what Agnelli has done with this initial approach is get the ball rolling. And if it's not to be Dybala, it could yet be someone else in a Bianconeri shirt. Furthermore, if United can let it be known that such a deal would interest them, that could bring Florentino and Real Madrid back to the table.

For the moment, it's Juve or bust. PSG aren't being considered by Pogba at this stage in his career. He's above all that - Ligue 1, Coupe de France - apparently. But he'd jump at the chance to play for Zidane at Real. However, cash is so tight in Madrid that things have been stony silent since Raiola's claims in Tuttosport last week.

But that could change - if United are willing to discuss a swap. And in contrast with what Juve have on the table, Real boast talent Solskjaer rates and is keen on.

Martin Odegaard, we know, attracted an approach from United over Christmas last year. Then on-loan with Real Sociedad, the Norway international was producing the best form of his career. The sort of form which convinced Real to knock back United's enquiry and add Odegaard to Zidane's squad this season. If Dortmund maintain their stance regarding Sancho, Odegaard would be a more than adequate alternative.

Unlike with Dybala, however, any such deal would need Florentino coming up with a cash component to satisfy Woodward. And for the moment, that appears unlikely.

But there is another player at Real long coveted by United. Indeed, he's been on their radar for almost ten years. And he could be the one to bring all parties together.

A Pogba for Raphael Varane straight swap is something that could work. And it's a prospect Florentino can be persuaded into negotiating. The Real president has never placed a great emphasis on his defenders. And should Zidane protest, given the current attitude inside the club, the response would be: we're bringing you Pogba; you have Eder Militao - so use him.

Solskjaer would love it. The chance to pair Harry Maguire with Varane another problem solved. And the chance to boot Pogba into row Z even better. Real, with a team in desperate transition, won't know what's hit 'em. But that's a topic for another day.

What Pogba offers now is opportunity. An opportunity for United to again compete at the top table. Forget the cash and go for a swap. It's the best assist Pogba's produced all year.