COMMENT: Ohh, that summit. That cloak-and-dagger meeting. Eric Abidal. Oscar Grau. All on the approval of Josep Maria Bartomeu. If given a second chance, would those involved to it again? Would they go behind Ernesto Valverde's back to secure the signature of Xavi...?

You'd like to think the answer would be in the negative. Because since that fateful day in Doha. Since that agreement amongst Barcelona's then brainstrust to push for Xavi. The club has been in freefall - a disastrous spiral which shows now signs of letting up.

A former Blaugrana player himself, Valverde had won back-to-back LaLiga titles as Barca coach. He had them top of the table at the turn of the year. This year. Yet, those supposedly in support of him conspired to do him in. Still in the job. Still under contract. Valverde learned from third parties of directors Abidal and Grau leaving their Super Copa camp in Saudi Arabia for the short trip to Qatar. There, they met with Xavi, offering him Valverde's job on the spot. And were turned down by the Al Sadd coach.

After it all came out. After Spanish journalists made it all public. There was no going back. And the club hasn't been the same since.

Valverde, of course, was the first to go. Abidal, as sporting director, soon after. And Bartomeu is now a former president. On the pitch, Barca finished the season potless, with the campaign culminating in that almighty 8-2 Champions League embarrassment handed out by Bayern Munich. But it gets worse...

Quique Setien came and went. Luis Suarez is gone. We've had the Lionel Messi burofax fiasco. And now the team, under Ronald Koeman, is producing a worst run of LaLiga form not seen since 1987 and the days of Terry Venables and Luis Aragones.

Take a step back. Take a cold, sober look. It's a mess. And all signs are, it's only going to get worse. How can you suggest otherwise? With Bartomeu gone, there's now an interim board in place, supposedly there to guide the club calmly until next month's presidential vote. But thanks to the publicity chasing Carles Tusquets, now effectively Barca's de facto president, it's been anything but calm. 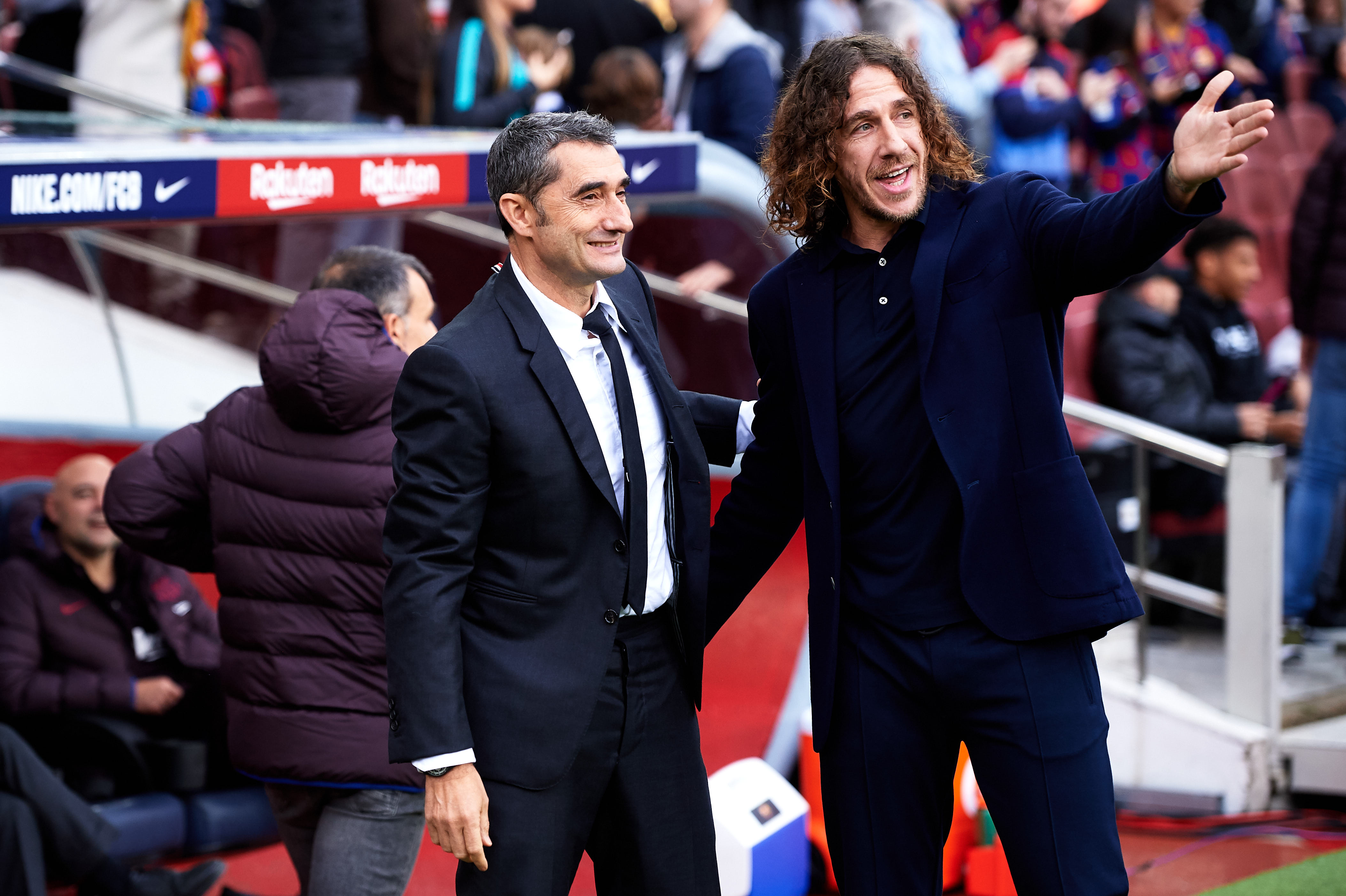 Tusquests has talked about bankruptcy. He's demanded greater pay-cuts. And stated he'd have sold Messi over the summer if in charge.

Self-indulgent grandstanding. Comments which do nothing for the health of the dressing room. Claims that actually work against those trying to convince Messi to sign a new contract and stay. And actions that simply made the mess Koeman has inherited all the more difficult to manage.

They'd already forced him to push Suarez out the club. They'd already gone back on their word of signing a like-for-like replacement. And now his higher ups are doing their best to pour fuel on a smoldering Messi, whom Koeman desperately needs to rediscover something near his best if this season is to be salvaged.

But it must be said, that recovery isn't going arrive in the form of Memphis Depay in January. Nor will Eric Garcia's return suddenly transform Barca's wobbly back four into a tight, cohesive unit. The hype and hope around these two is simply unrealistic.

Again, from a 30,000 ft view, neither player is going to make an immediate difference. Garcia can't get a game at Manchester City. Not because he's letting his contract run down, but due to him now being fourth choice amongst the centre-halves at Pep Guardiola's disposal. Ruben Dias, Aymeric Laporte - now even John Stones are rated superior by Guardiola. Garcia has great potential, but that's all it is.

And for Depay, a player Koeman is demanding Barca sign for him next month, is again no world-beater. He's not even a natural No9. A good player. A decent talent. But not a Barca player. Well, not a player for the great, past teams of Barca.

Of course, in present company he might fit in. Martin Braithwaite. Matheus Fernandes. Santi Ramos Mingo. Not exactly names to get the pulses racing. And even those who arrived with a decent profile have failed to live up to expectations. Antoine Griezmann has gone backwards. Frenkie de Jong looks out of place. And Miralem Pjanic can't get a game in a struggling team.

No foundations of a new team are being put in place. It's a transfer policy of whack-a-mole. And nothing epitomises that more than Koeman's insistence that Depay be signed. The Dutchman will arrive to fill holes. Shore up problems. Essentially the same brief as Braithwaite received upon his arrival from Leganes almost a year ago. This isn't how you build a team. At least not one capable of sustained success.

Pedri has a chance. As does Ansu Fati - when fit. But as a former La Masia coach told this column earlier this season, the concern grows that as those around them struggle, as the responsibility increases upon their young shoulders, their progress and development deteriorate. Physically, the fear of burnout is always there for a young player. But mentally it can be a problem too, especially for a club of the demands of Barcelona.

Valverde was no bright, young thing. No great charismatic raconteur. But he was a winner. He knew the club inside out. And he had a record of success that deserved much better from the decision makers inside the board room.

Now, of course, they're all gone. And the reputation of Barca, as a winning club, threatens to go the same way. Given a second chance, would those involved in that Doha summit do it all again...?