Tuchel 12 months on: Just imagine when Chelsea start backing him

COMMENT: A year in and it's working. And it's all been done with a light touch. With a Champions League trophy and the UEFA Super Cup already in the cabinet, just imagine where Chelsea will be once they actually start backing Thomas Tuchel...?

Tuchel marked his first anniversary as Chelsea manager this week - and for the Blues support it's something well worth celebrating. As it is for the board and Roman Abramovich, the club's owner.

Two European trophies. A Club World Cup to compete for. And still alive in all four competitions this season - including a League Cup final. Tuchel has delivered on his brief. Indeed, he's gone above and beyond. And it's all been achieved with virtually the same squad he inherited this time last year from Frank Lampard.

Okay, okay, there's the matter of Romelu Lukaku and his £98m fee. But that's it. That's all the incomings Tuchel has sought and been granted. Yes, there's been Saul Niguez and his loan from Atletico Madrid. But the Spaniard was an option presented to Tuchel. He was never a specific request. Which, it must be said, is becoming clearer by the day.

The success of Tuchel has been his ability to work with what he's been given. To find a way to win with a team that was on it's knees when he took over a year ago. The problems that Lampard encountered are still there. And new ones have cropped up. But Tuchel has still managed to guide this Chelsea squad into a winning position right across all competitions.

There's been no wave of a magic wand from the German. The issues that dragged down Lampard remain. Timo Werner and Kai Havertz are still struggling to adapt. Christian Pulisic remains inconsistent. Yet, they're not the dead weight they were in those final six months of the Lampard era. And now new problems have emerged. Lukaku is struggling. Saul is barely non-existent. But again, despite such concerns, Tuchel has found a way for his team to win.

And those solutions have come from within. The promotion of Trevoh Chalobah. The coaxing and cajoling of Callum Hudson-Odoi. The complete revival of Toni Rudiger. Where other managers would demand support to buy from outside, Tuchel's first choice has always been to improve what he has. Even this month, with a left-back needed after Ben Chilwell's knee op, Tuchel has worked the squad list. First bringing Kenedy back from his loan with Flamengo. And now attempting to convince Lyon to break their temporary agreement for Emerson Palmieri. 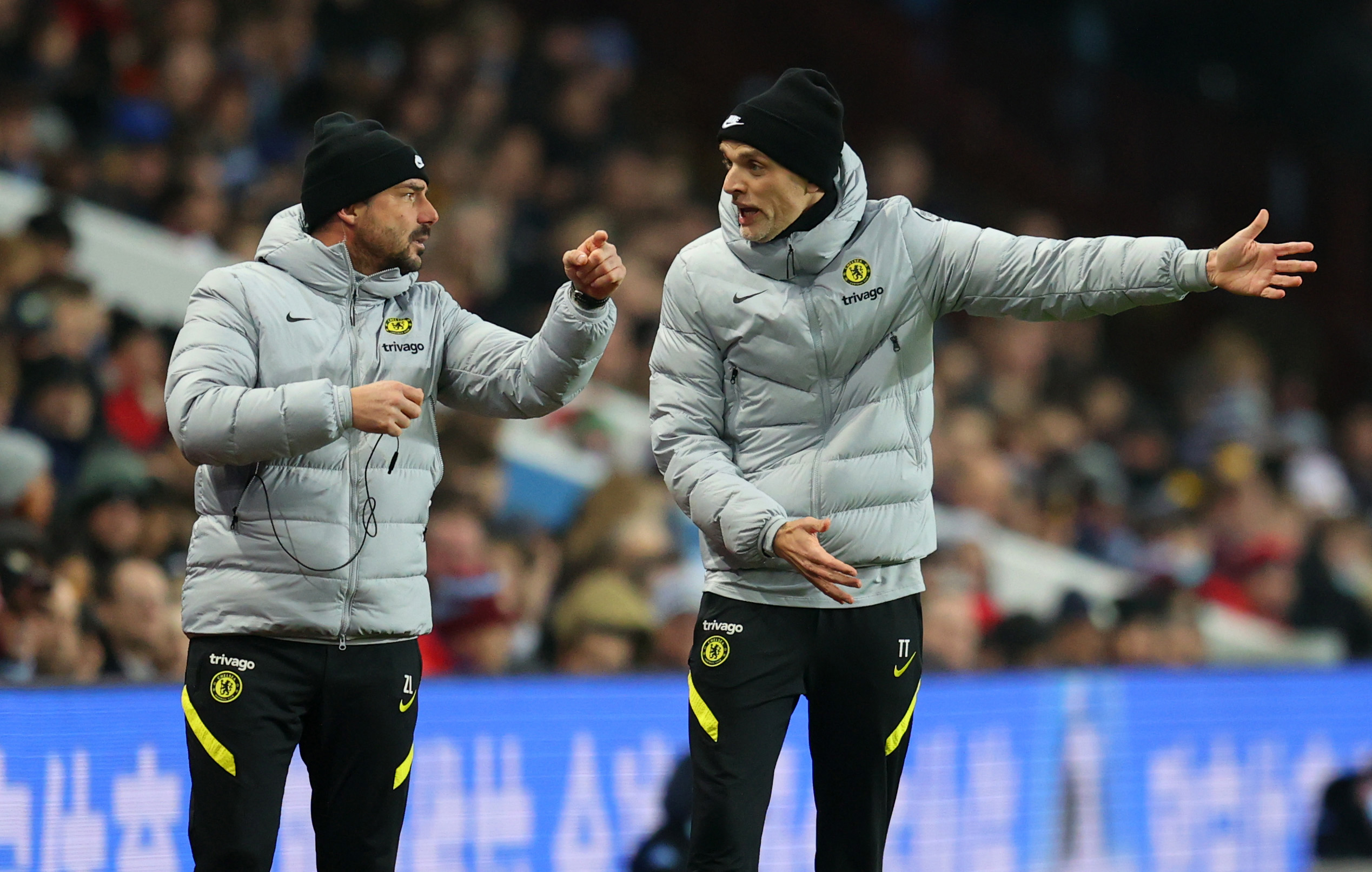 There is an ego. There is arrogance. But there's also some humility in Tuchel's approach. And it's that quality which has served him best over these past 12 months.

As mentioned, Tuchel's first choice has always been to look within. And that's not just regarding his players and the market. Petr Cech, the club's technical adviser, did his manager a great service this week discussing Tuchel's first days in charge. The former PSG coach arrived with ideas of his own, but also was open-minded enough to take on what was working well under his predecessor. And this included Lampard's staff.

"Thomas is a good listener," declared Cech, "and he quickly realised how the club works. That helped him to make the right choices, together with his staff.

"The people around him are a great support to him. They are a great team together, along with Joe Edwards and Anthony Barry who were with us previously. They added a little continuity and allowed Thomas and the staff he brought to get more information from them. They took them under their wing and have really created a strong bond.

"... and that is why the transition was smooth for Thomas. Things were going in the right direction from the very start."

Tuchel had his own trusted lieutenants. But also knew the strength of having those staff the players trusted on-call. That the likes of Edwards, Barry and Hilario (and more) are still around a year on is proof enough of Tuchel's inclusive approach.

Cech again, "He walked in full of energy and ready to make things happen.

"He is open minded, he is a good listener, a good communicator, and he has a very good sense of humour! He likes to joke and make a good atmosphere around the place."

We've said it in previous columns: Tuchel is good for Chelsea, for the Premier League and even English football. The boost Lampard offered the club's academy kids has been carried on by this manager. The attacking of football his predecessor promoted something Tuchel has continued and fine-tuned. And the squad he inherited has been largely untouched, with the improvement in results coming from work on the Cobham training pitches rather than from the transfer market.

Of course, in 2022 that is all on track to change. A third full transfer window won't pass without major surgery being performed on this Chelsea squad. With a raft of players coming off contract. Others entering their veteran years. And some simply seeking new opportunities. There will be the opportunity for Tuchel to shape his squad to his liking.

A year in and Tuchel has managed to make what he's inherited work in his and Chelsea's favour. Just imagine what they can achieve once the club actually start backing him in the market...