When Philippe Coutinho left Liverpool for Barcelona in 2018, the expectation was that he would succeed Andres Iniesta in the Catalan giants' midfield. However, the move hasn't gone according to plan. After a disappointing 18 months he was loaned to Bayern Munich last season, though it is uncertain whether the German side will sign him permanently.

Essentially, Coutinho finds himself in career limbo. And, while he struggles to find his way, his old club Liverpool have thrived without him, establishing themselves as the dominant force in English football.

Recently the Brazilian has been linked with a return to the Premier League, with Chelsea and Tottenham Hotspur rumoured to be interested in securing his services. Would a transfer to either team be the move Coutinho needs to get back on top form?

During his first season as Chelsea manager, Frank Lampard mixed and matched his system. At times he went with a 4-2-3-1, at others he went 4-3-3. Then there were occasions, such as the win over Tottenham in February, where he went with something completely different, bringing in a 3-4-3 shape that may have reminded some fans of Antonio Conte's time in charge.

Ultimately, however, Lampard's main preferences were the 4-3-3 and 4-2-3-1, and this is worth bearing in mind when considering whether Coutinho would fit in at Stamford Bridge.

Coutinho is a classic No.10. His best position is in the hole behind the striker, and he likes to play with positional freedom. For these reasons he never quite settled at Barcelona – he lacked the pace to play up front and the discipline to play in their midfield. In modern football there is no room for more than one luxury player in a team, and he was never going to overtake Lionel Messi as the player Barca built their system around.

If Chelsea were to sign Coutinho and play him in a 4-3-3, it would most likely be on the left of their middle three. This would allow Lampard to play a striker with two quick wingers – choosing from Willian, Christian Pulisic and Callum Hudson-Odoi. To allow Coutinho to play this role, however, Mateo Kovacic would be dropped.

Kovacic has developed into one of the club's most consistent performers, and he is at his best on the left of a midfield three. From here his dribbling skill can be utilised to break lines while N'Golo Kante and Jorginho provide defensive cover. Unfortunately, he just doesn't offer as much as Coutinho in the final third.

Lampard could be bold and field a 4-2-3-1 with Kovacic playing on the left of a double pivot with Kante, and hope the latter's renowned energy could cover for the former's attacking tendencies. This would allow Chelsea to play Kovacic and Coutinho at the same time, with the former Liverpool man playing his favourite role behind Tammy Abraham.

With fast wide men on either side, as well as a striker making runs ahead of him, Coutinho would have options to find with his defence-opening through balls. He could play with the freedom he relished at Bayern, where he also played as a '10' in a 4-2-3-1 alongside nippy wingers such as Serge Gnabry and Kingsley Coman, behind Robert Lewandowski. 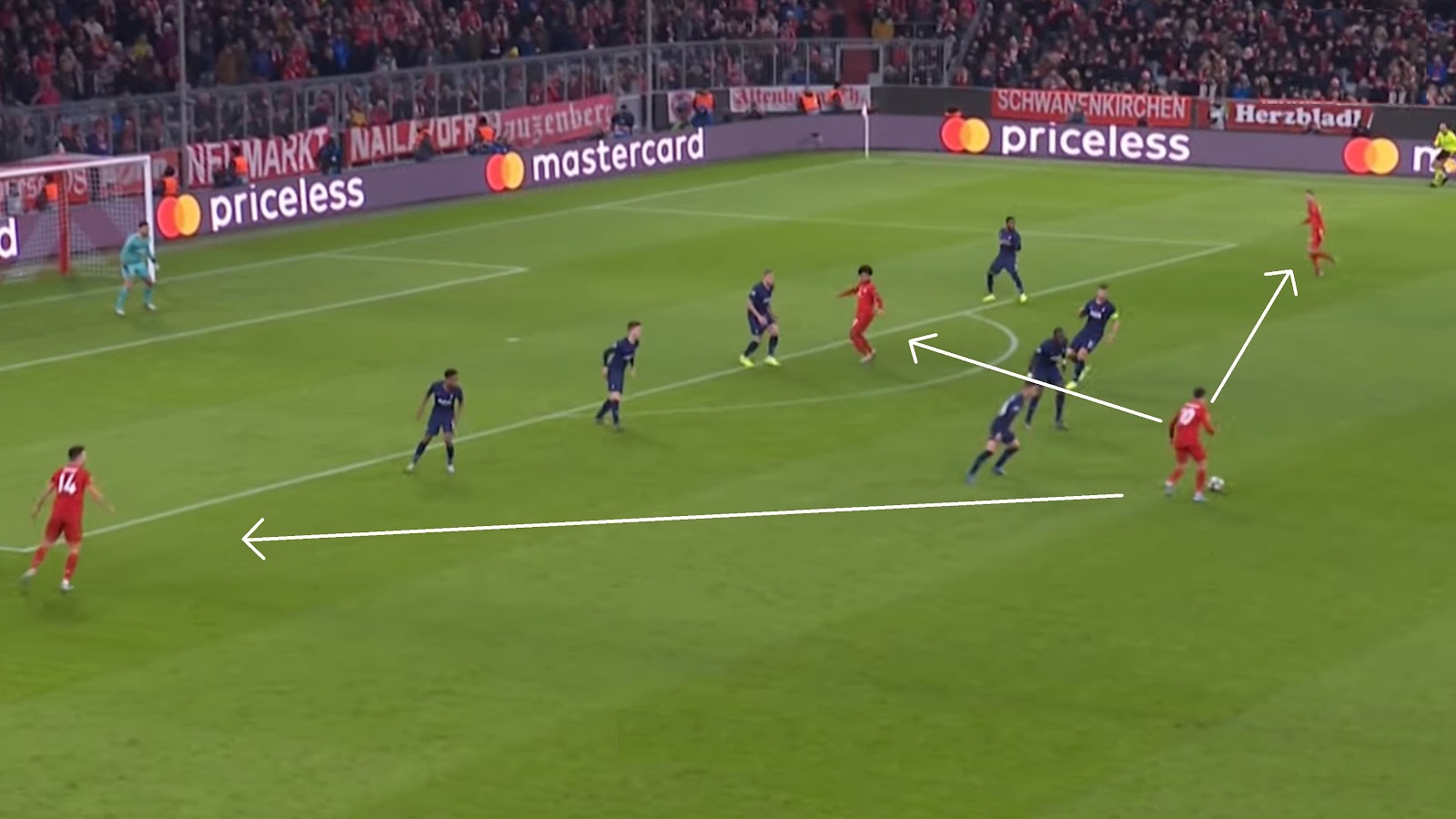 Jose Mourinho implemented a fairly unique asymmetrical 4-2-3-1 system upon arriving at Tottenham. When the team was attacking the left-back would stay alongside the centre-backs while right-back Serge Aurier advanced down his flank. The right winger would then come inside, allowing Aurier to provide width on that side, while the left winger would stay near his touchline.

The only position Coutinho could feasibly play in this system would be as the No.10 behind Harry Kane. He couldn't play in the midfield two – he lacks the physicality, positional sense and defensive fundamentals to play in a double pivot. He also wouldn't be suited to the left wing – he doesn't have the raw pace of a Son Heung-min. On top of all that, the 'inside right' role often performed by Lucas Moura wouldn't suit Coutinho much either – he would be cutting in onto his weaker left foot.

All of this would put the 27-year-old in direct competition with Dele Alli for a place in Mourinho's line-up. At this point in their respective careers it's hard to definitively say who is the better player of the two, but there are clear stylistic differences in the way they interpret the No.10 role.

Alli is a dynamic attacker. He likes to face goal, make intelligent runs in behind from deep, find space in the penalty box, attack crosses in the air and finish moves. This explains why he has averaged roughly one goal every three league games for Spurs. Coutinho, on the other hand, prefers to go short (seen below), receive to feet, drift between the lines, dribble at defenders and play the final pass or shoot from distance. 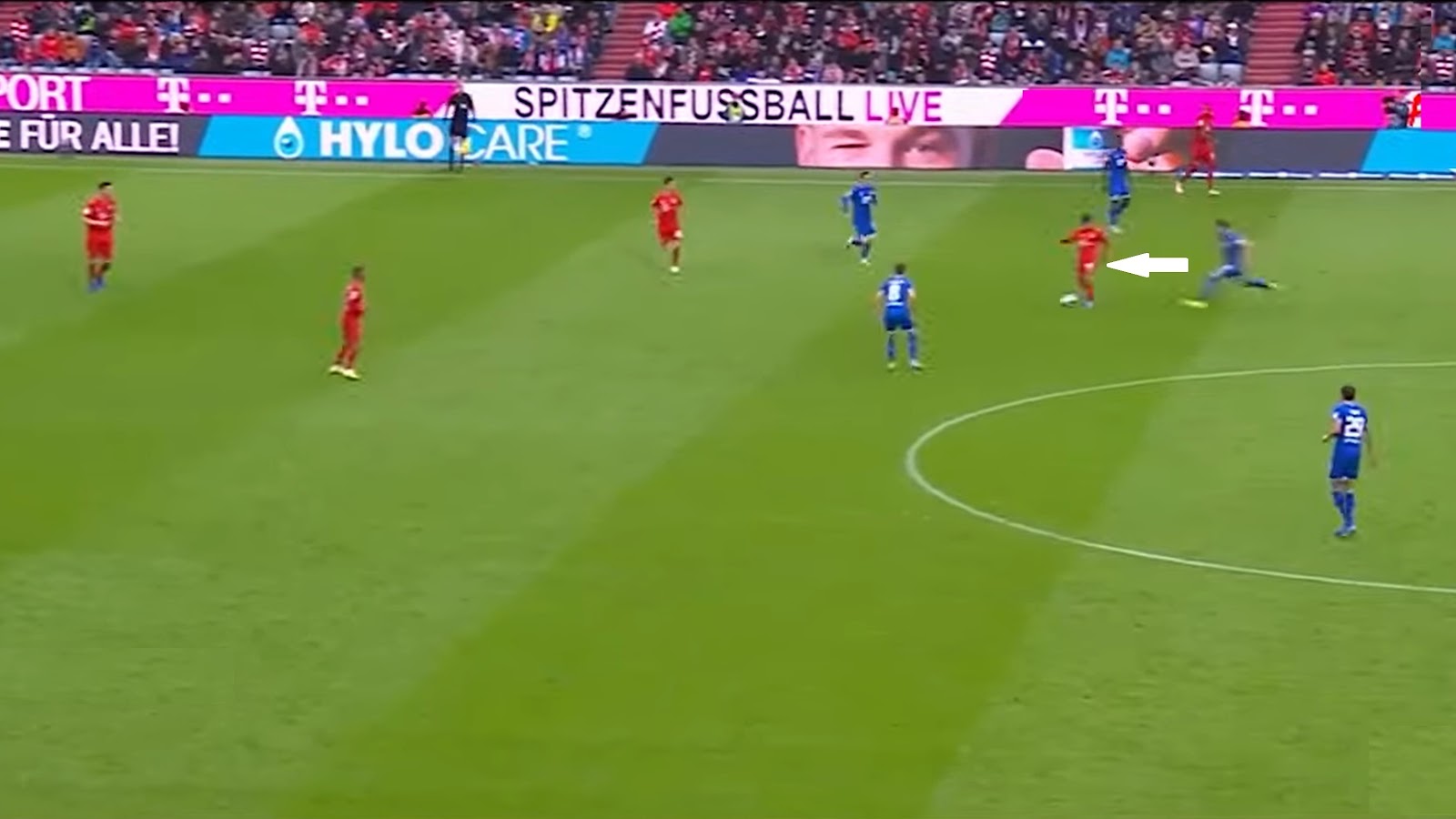 As their injury woes in 2019/20 underlined, Tottenham could do with some extra depth to their attacking options if they are to sustain a challenge in the Premier League or Champions League anytime soon. Coutinho would definitely enhance their squad in this respect, but whether he'd suit Mourinho's system and is debatable, and whether he'd beat Alli to the 10 spot is equally unclear.

WHICH MOVE SUITS COUTINHO MOST?

If Coutinho were given a choice between Chelsea and Tottenham, a move to the former would be the most sensible decision based on his playing and Lampard's tactical approach and needs. Chelsea like to play through the lines and Coutinho would help in this sense, and he could feasibly play as the most attacking midfielder in either a 4-3-3 or a 4-2-3-1.

Assuming Lampard went with the 4-2-3-1 to keep Kovacic on the pitch, Coutinho would play as the No.10, with two of Pulisic, Hudson-Odoi, Willian and new signing Hakim Ziyech in the wider roles and Abraham up front. 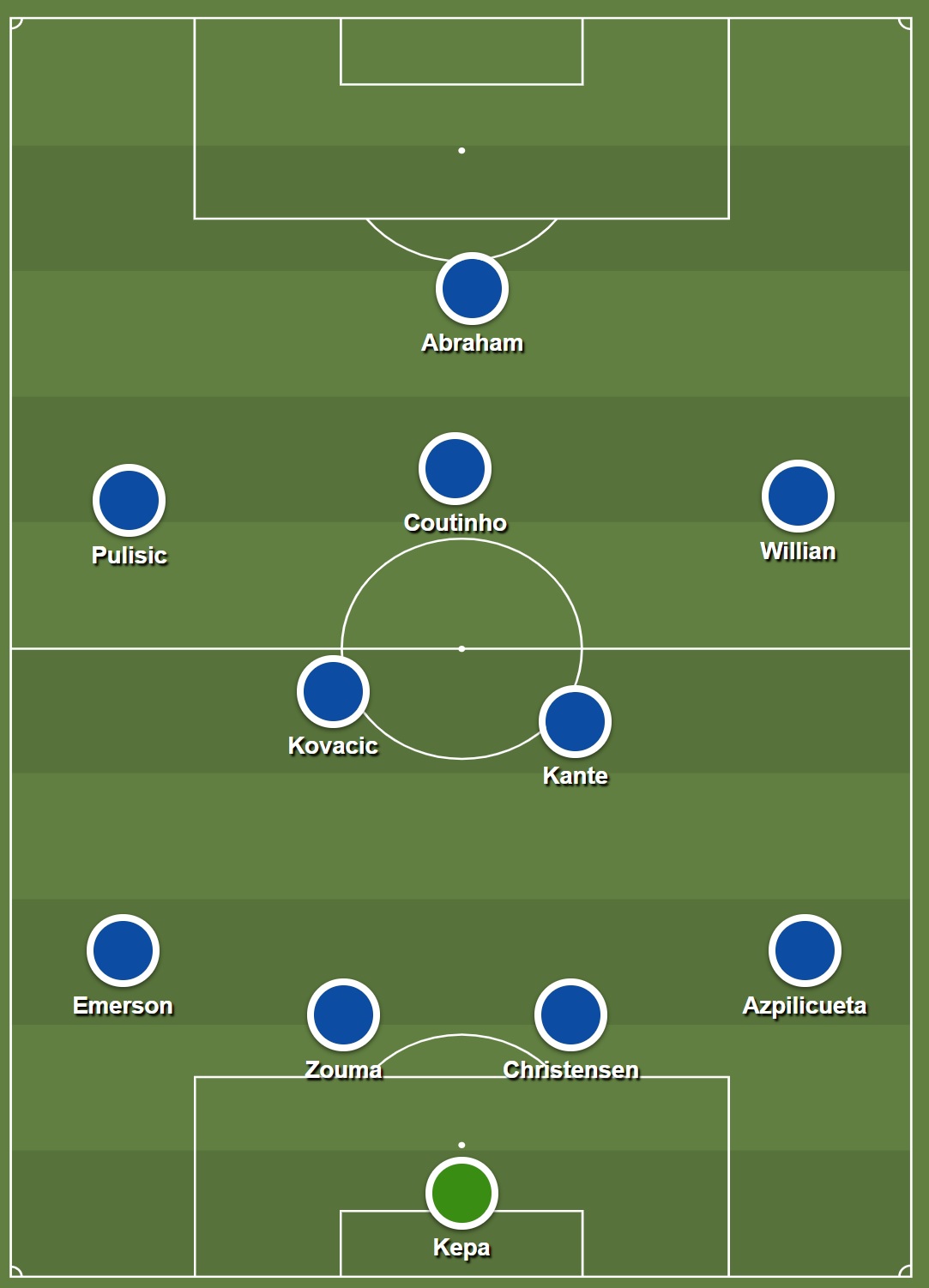